CDLP x Tom of Finland: a Jock Strap and a tank top 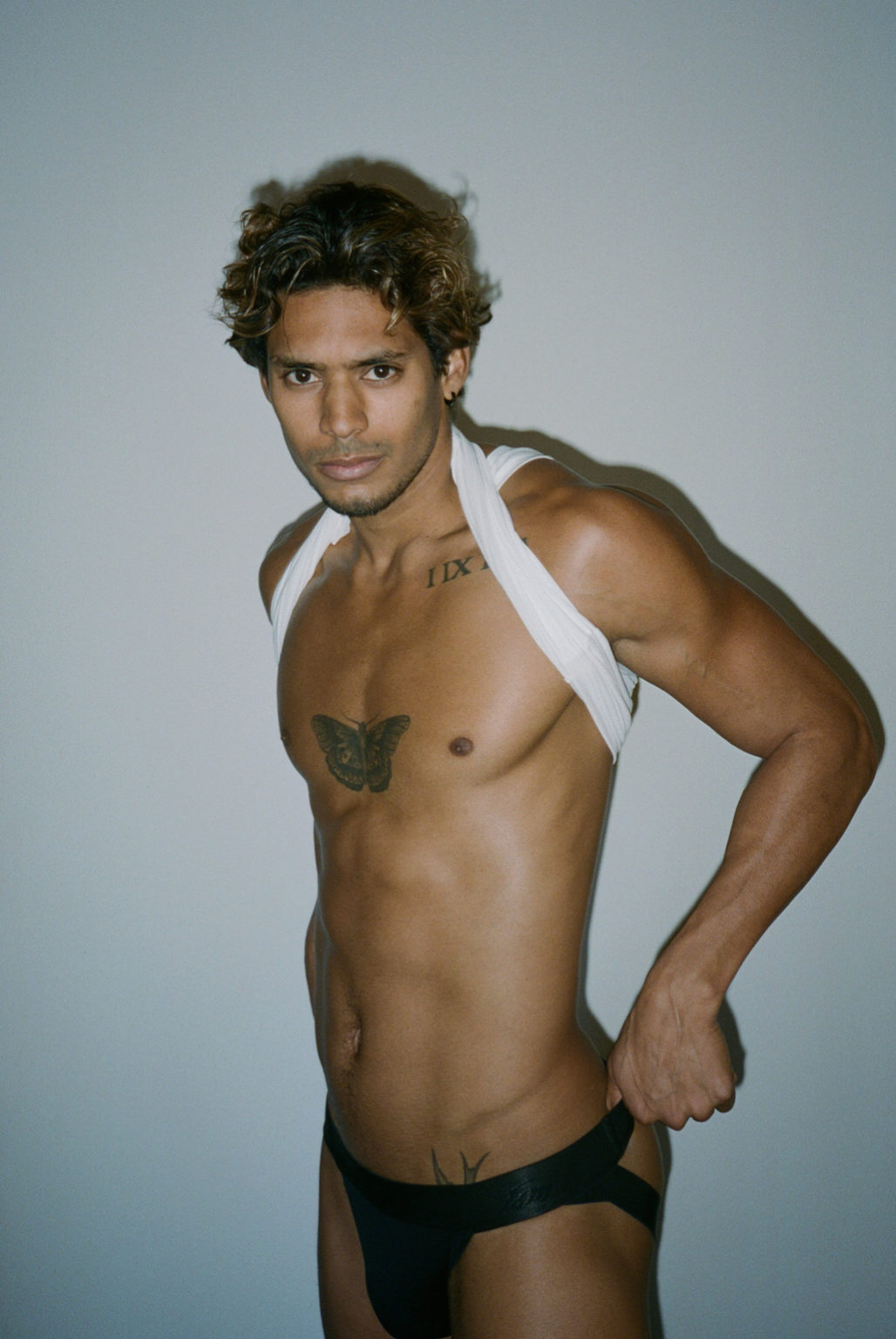 Remembering David Wojnarowicz, his search for some sort of grace, and why Everything He Made, He Made For Peter Hujar. 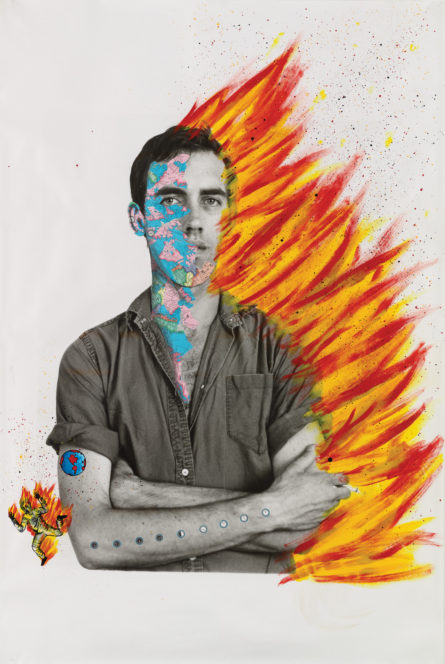 David Wojnarowicz had already lost so much to AIDS. But there was no bigger loss than Peter Hujar. So the day he lost Peter — November 26, 1987 — David asked their friends to leave the hospital room, to guard the door and not let the nurses in.

He wanted to offer some words in memory of his friend and mentor, his closest companion, but David — a poet prone to fiery, righteous rants — was speechless. “Nothing came from my mouth,” David wrote in his journal. “[A]ll I can do is raise my hands from my sides in helplessness and say, ‘All I want is some sort of grace.’ ”

After his own HIV diagnosis, in 1988, David would collage these photos into a painting, Untitled (Hujar Dead). Over the collage he printed a passionate paragraph condemning deathly homophobia and describing life with HIV: “I’m waking up more and more from daydreams of tipping amazonian blowdarts in ‘infected blood’ and spitting them at the exposed necklines of certain politicians or government healthcare officials.” It wouldn’t be the last time David threatened public officials. … 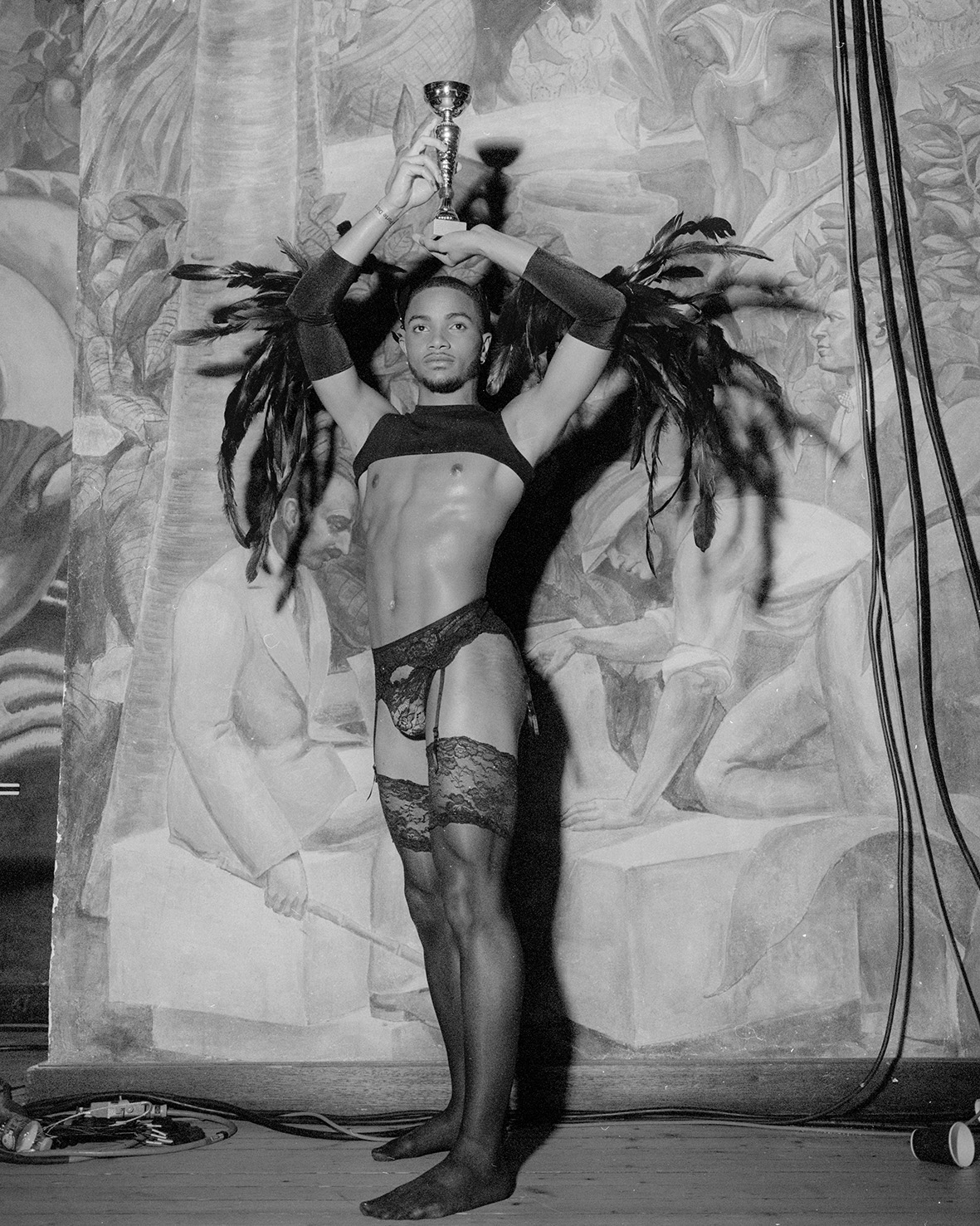 ALL IMAGES COURTESY OF BENJAMIN WOLBERGS

The Wedgie Is The Work: Between The Cheeks with Benjamin Fredrickson 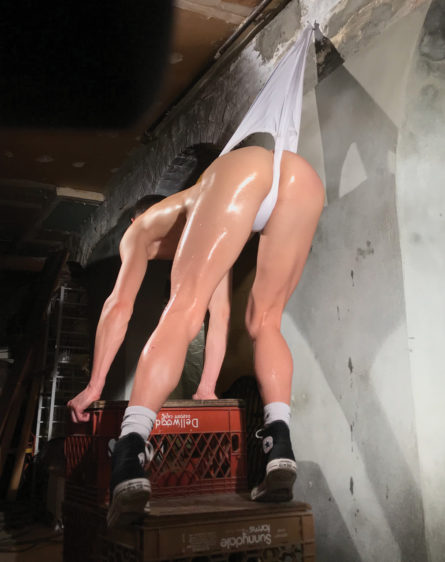 Benjamin, originally from Minnesota, became interested in photography as a teenager, and moved to New York City over a decade ago. His photographs are often very personal, and self-portraiture makes up a large part of his oeuvre. He says that photography has been a way for him to break out of his shell, exploring his own body and sexuality. We spoke about his process, his inspirations, and beautiful butts.

What pulled you to photograph wedgies? I was making work for a different project and while a model was shifting his underwear he accidentally created a wedgie. His skin was already lathered in oil and had a nice glisten to it, and he had the perfect wedgie butt. The tension created by the pull of the underwear caressed and spread his butt cheeks in such a way that really turned me on. I liked the idea of something being so sexual without it being explicitly pornographic. The wedgie leaves something to the imagination. You know that there is a butthole under the fabric just waiting to be pulled aside and exposed, but it’s not. It remains covered. Since that day, I’ve been a wedgie enthusiast.

I’m fascinated by the contraptions that pull the underwear in your photos. Why did you decide to use these instead of hands? I created them as a creative way to make a wedgie pull without having to use hands directly. …

In conversation with Stuart Horodner, the Director of the University of Kentucky Art Museum, the painter discusses cruising in rural areas and his current exhibition, Between Two Suns, an installation organized by MARCH in an abandoned farmhouse in Kentucky. 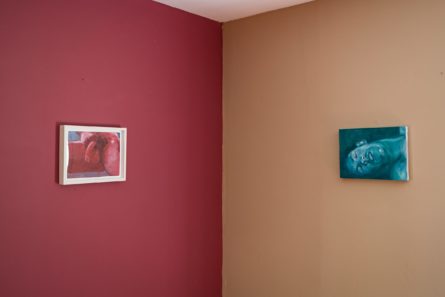 Hi Aaron. How’s Hudson this morning? How long have you lived there now? It’s a nice cool morning with great light in the studio.

How important are the conditions in the studio for you? In what way?

The amount of space to work, the connection to a domestic setting. The spaces I think of you working in are all relatively intimate. It’s very important. I like a rather small studio as my work is not that big in scale. The studio being in my living space is important to me as of now as I like to be able to walk in whenever I want.

Seems like some of what you are making work about is people (men) in a state of naturalness, as if caught between the bedroom, bath, kitchen, etc. I have been focusing on cruising the past 6 months, men resting, waiting, watching action happen around them. The fact that they are set in a rural moment allows them to rest more in my eyes. There is a real art to being patient.

What was the impulse to take on “cruising?” And this brings up the fact that you’ve always worked on one specific series at a time. How are these new images coming about…through drawing, photos? Cruising came about when I was thinking about my faggot tattoo, and why I have it — being called faggot and being made fun of before I came out for being very “theatrical.” Hiding in plain sight led me to thinking about how we hide our desires, how we look without being caught and how we occupy space, how desires dictate that risk factor for occupying space and being forced to travel for those desires. …

All images courtesy of the artist and MARCH. Photography by Alan Rideout.

Man on Man — “Baby, You’re My Everything”

A love song about being in love... 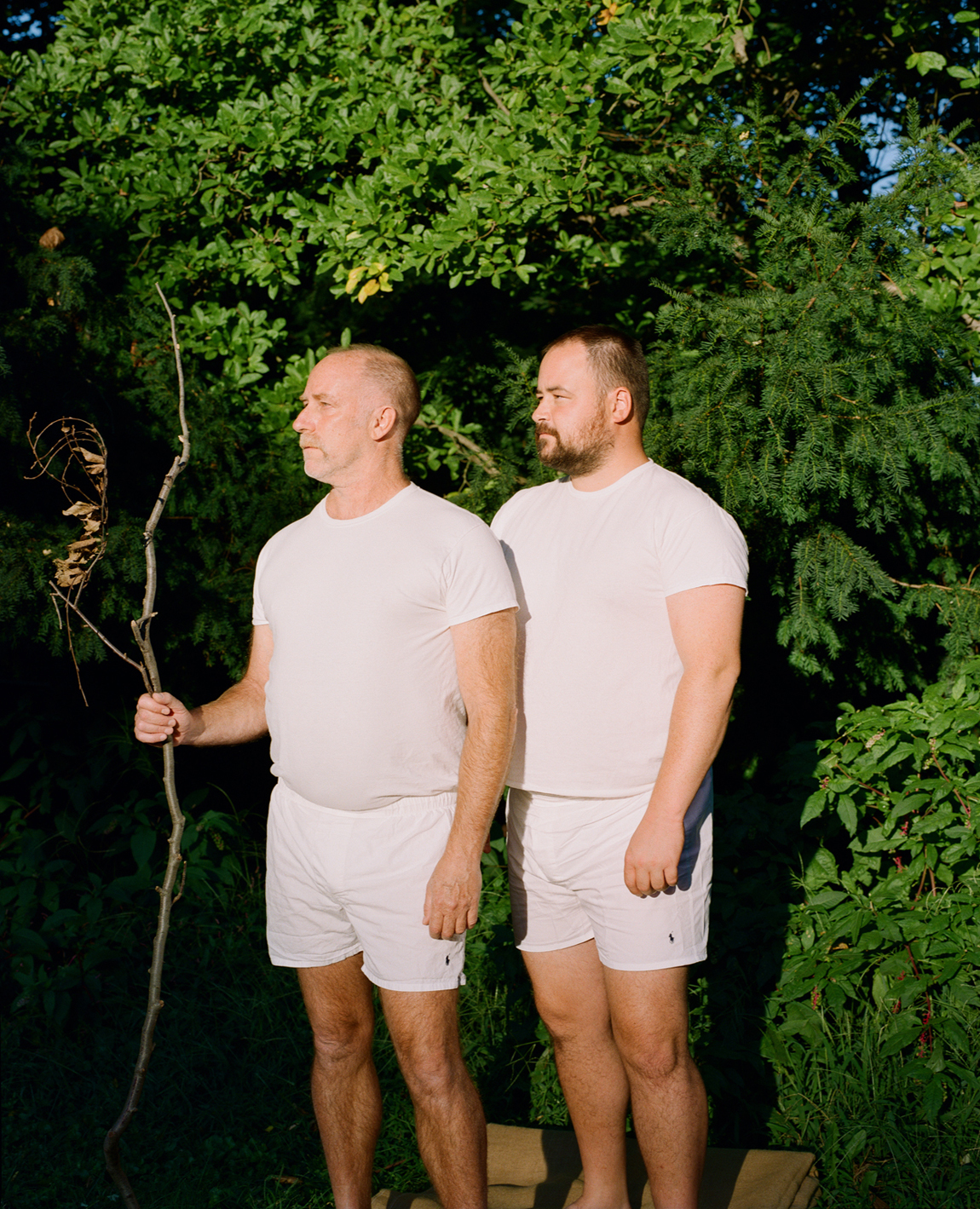 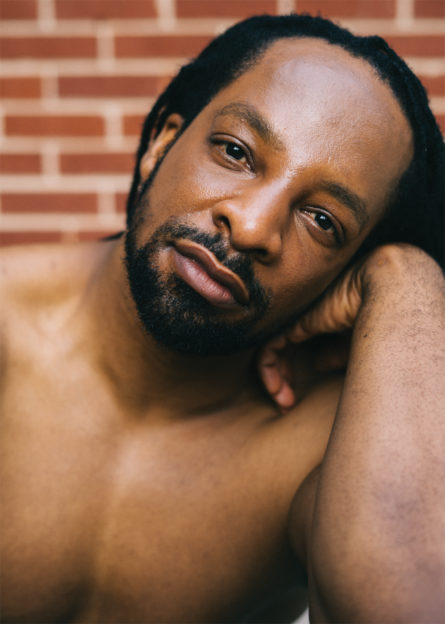 Jericho Brown, a poet originally from Shreveport, Louisiana, won 2020’s Pulitzer Prize in Poetry for his 2019 collection, The Tradition. This is only the latest feather in Jericho’s hat — he’s been awarded a Guggenheim Fellowship, a National Endowment for the Arts, and The American Book Award to name a few more. Written from a perspective both black and queer, his poems are imbued with the images, codes, and vernaculars that criss-cross his experience. In a conversation bridging Whitney Houston, Diana Ross, and Walt Whitman; burning down Walgreens and elite institutions; and the burgundy mystery that closes The Tradition, we wove a cat’s cradle from some of the threads his work lays so bare. Read on, then get lost in The Tradition for more of the story.

In past interviews, you’ve quoted Whitney Houston with the same seriousness as John Milton. There’s something radical about giving that much authority and intentionality to the female pop lyric. It’s usually completely disregarded. Diana Ross has always been my diva. Having her as my diva has helped me understand a lot about my life as a poet, about longevity, stamina, and how to make use of my particular talents. I mean, I feel like not having a diva is like living life without a zodiac sign. [Jericho is an Aries.] If I find out someone’s diva, I find out more about them than I do if I know their sign. It’s like having one’s own muse, or one’s own Greek god over your shoulder. …

A Social Distance Park Toast and Celebration of Issue 12 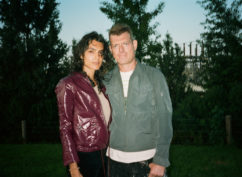 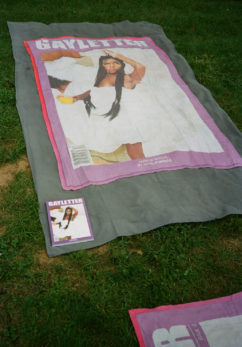 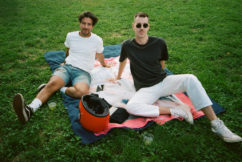 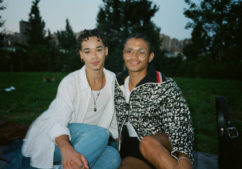 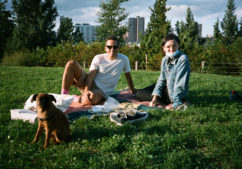 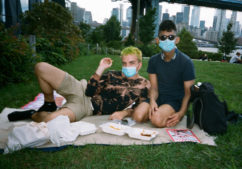 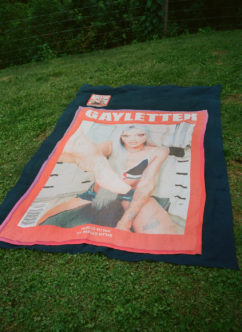 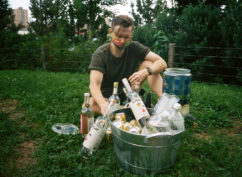 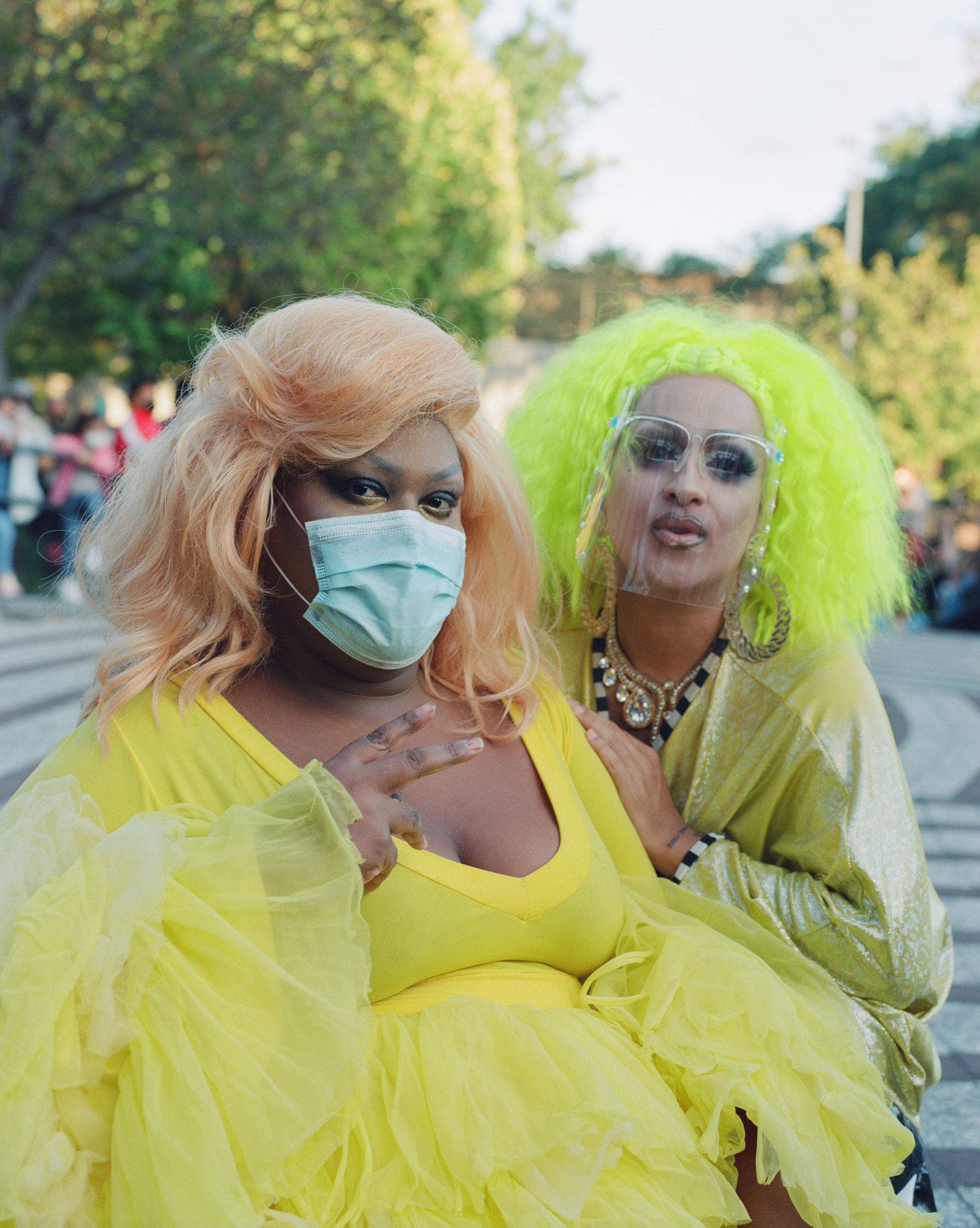 Archie Alled-Martinez is at the helm of a blossoming Spanish label that eschews trends and embraces sex. For this story the dancer Jean Lemersre modeled some of his most recent looks. 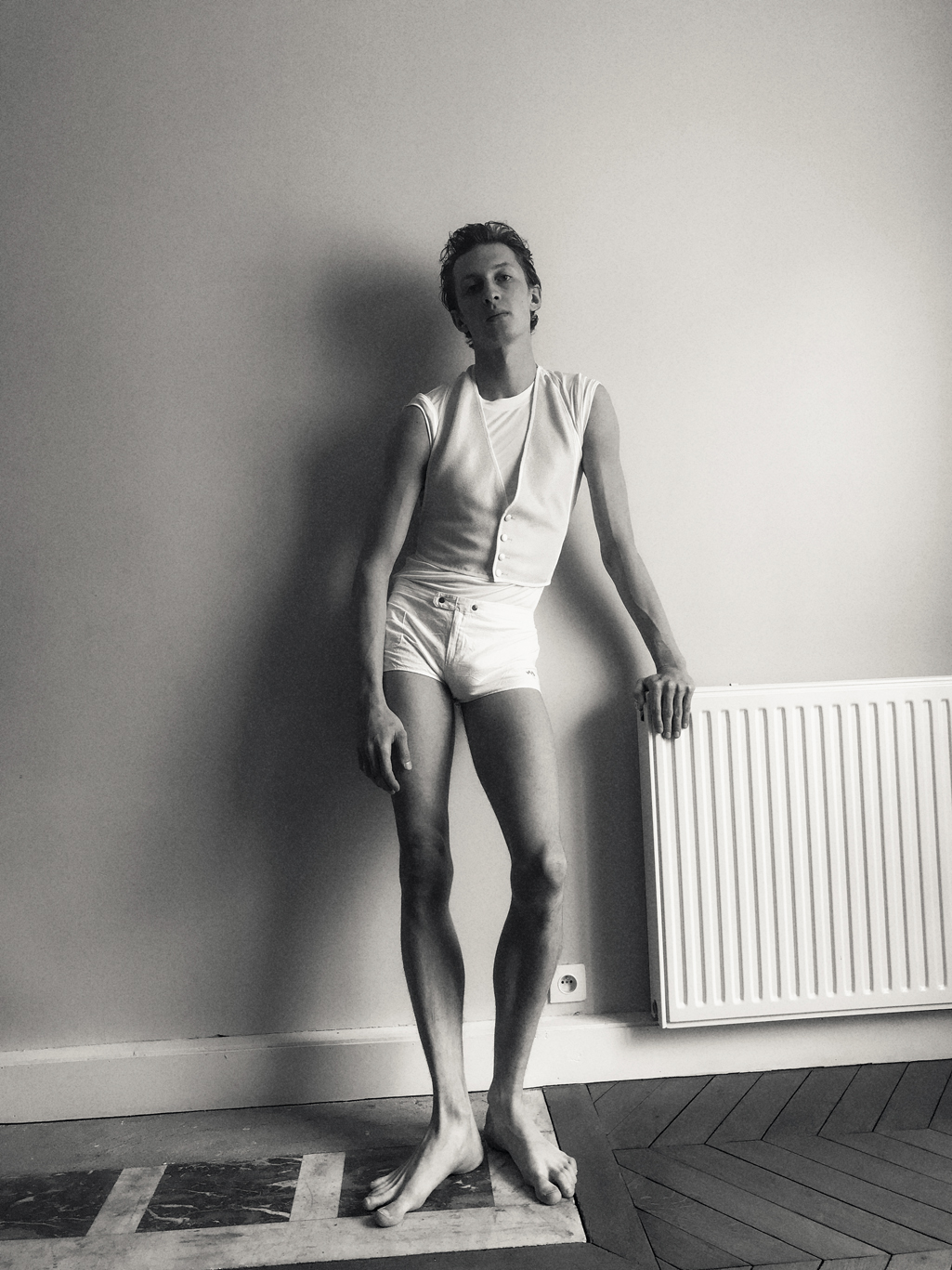 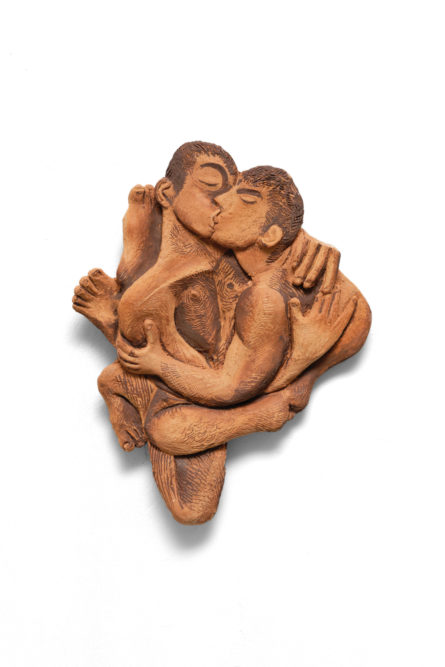 In the frosty chill of early 2020, we visited Louis Fratino at the Bushwick studio he shares with his partner, designer Thomas Barger. The open plan was split by the couple’s starkly different styles, the colorful romance of Fratino’s paintings both in conversation and at odds with the puffy and softly spiny architecture of Barger’s furniture. As their dog, Margaret, glowered sharply at us from her roost, the couple welcomed us graciously. With candor and charm, Fratino entertained my inquiry of his recent foray into sculpture and the current landscape of queer figurative painters. Our conversation often returned to the non-linearity of space and time — to the spurious notion of progress and the recognition that art history is not a monolith. After taking notes during our tête-à-tête,  I sent him a series of questions.

How does the act of drawing compare to painting or sculpting? Drawing is subconscious and capricious. If art making is about revealing an interior self, then it is drawing that brings me there. Painting or sculpting becomes heavy because it asks to live in our world, which is burdened by rules of perception. Drawing can be anything from a written letter to a hair — it is more free to wander.

When you draw, do you make work from your own perspective, or from a state of astral projection, floating outside of yourself? It depends on the source of the drawing, which ranges from total invention, appropriating other artworks, or photography. When I draw from invention or memory, I am often several feet behind myself — seeing myself and others. …

SCULPTURES BY LOUS FRATINO | ALL IMAGES COURTESY OF THE ARTIST AND ANTOINE LEVI, PARIS. 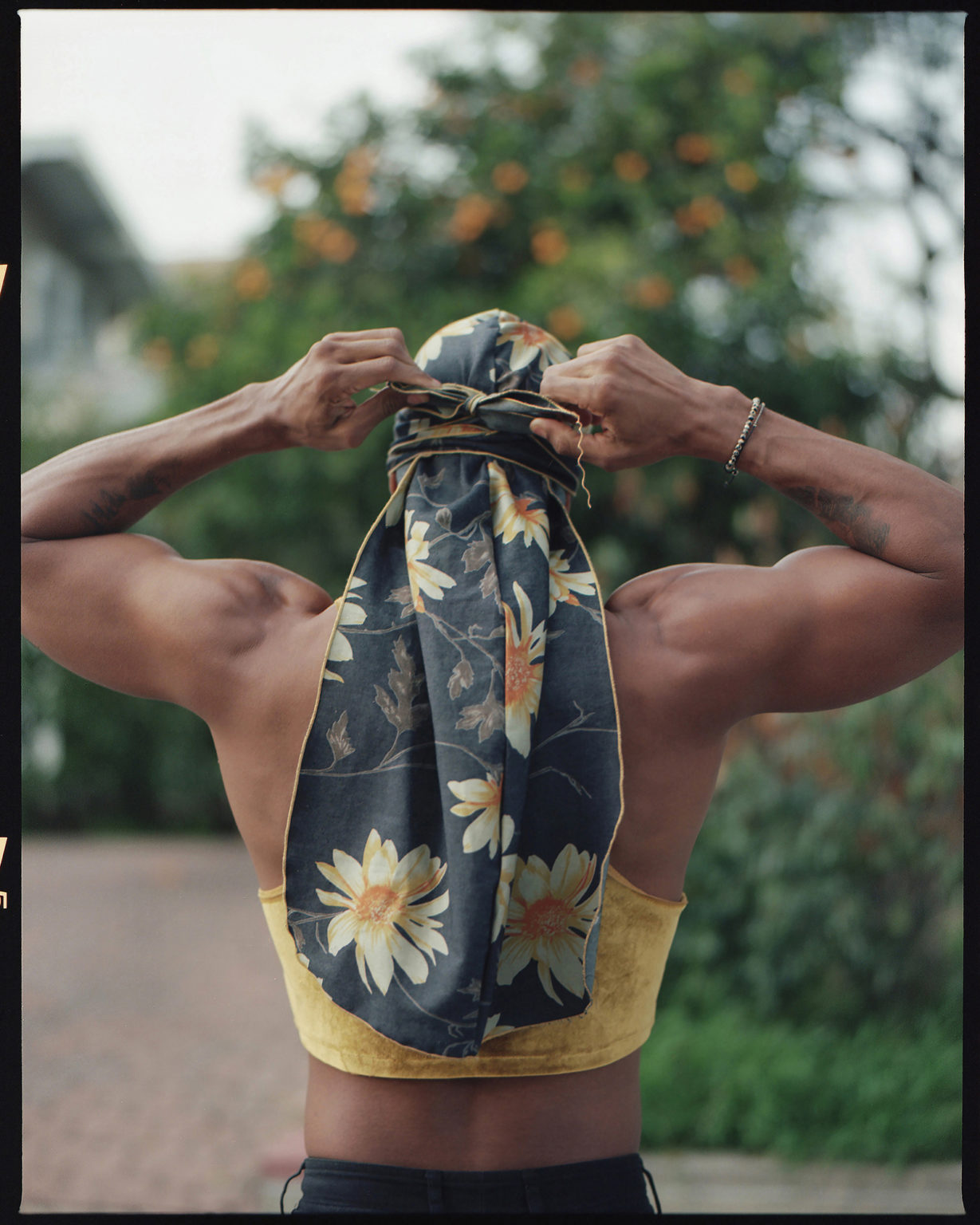