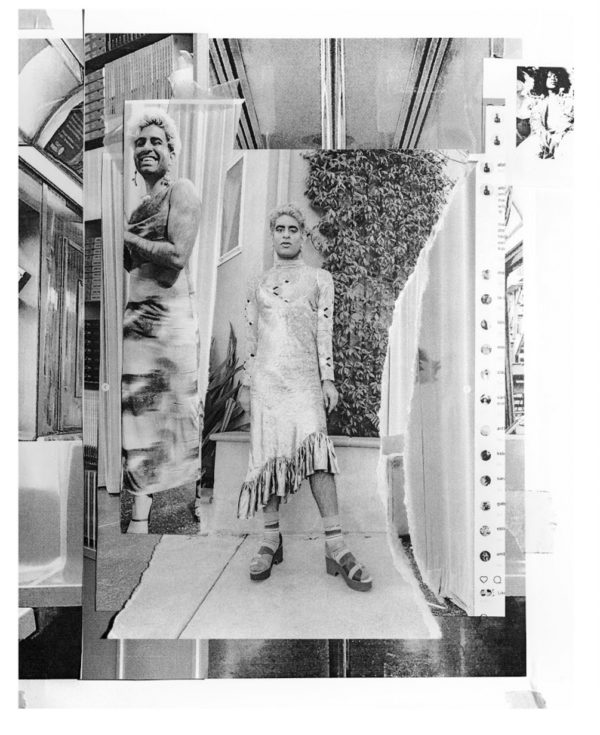 Alok Vaid-Menon (they/them) is a multi-genre performance artist. They have headlined the New York Comedy Festival and Vancouver’s Just for Laughs Festival, authored a prose book, Beyond the Gender Binary (2020), published two poetry books, Femme in Public (2017) and Your Wound / My Garden (2021), and they’ve appeared on Netflix and HBO shows. Multiplicity is at the root of their sense of possibility. For Vaid-Menon the term means “being able to creatively self-fashion our identities and lives, not merely being offered pre-formatted categories and templates. It means affirming our continual potential for transformation and transcendence.”

One way that Vaid-Menon affirms the potential for transformation is by calling for an end to the unjust marginalization, within the queer community itself, that has historically harmed trans and non-binary people the most. When asked how they would like to see the queer community have grown by next year’s Pride, the artist urged, “I would like there to be unflinching solidarity for trans and non-binary people. Despite the fact that it was trans and gender-non-conforming people who started Pride, our communities have historically been scapegoated and demonized even within the queer community. That intimate betrayal is heartbreaking and disappointing and must be healed.” They added, “One thing I want to keep is all the dancing. We always need more spaces to dance!”

Vaid-Menon is as committed to dancing as they are to self-love. “I didn’t expect to learn how much courage it truly takes to love — especially to love oneself,” they admit. “In a society that profits from our self-hatred, true self-love is met with fierce resistance. People try their best to destroy you and call that love. But it takes courage to say ‘No, it’s not. Let me show you what love really looks like.’”

A printed version of this story will appear in GAYLETTER issue 16. Pick up Alok Vaid-Menon’ book, ‘Beyond the Gender Binary’ at The Aesop Queer library at the Williamsburg Store in NYC, The Silver Lake store in L.A. and the Queen Street West store in Toronto from June 20th-26th.