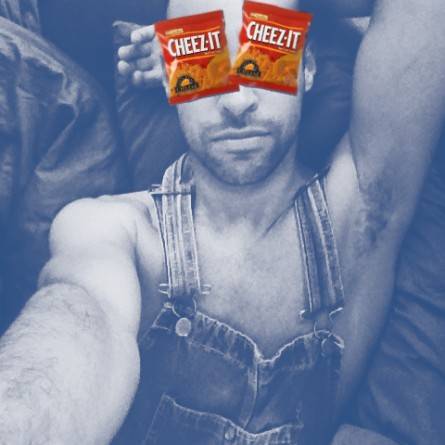 When I am bored on my morning subway commute, often I’ll play “The Train Game” with myself.  It’s a very easy game: In the event that the train derails, or the tunnel somehow caves in, and you’re stuck in this vessel for some unforeseeable future, who would you do?  Or I suppose there doesn’t have to necessarily be some cataclysmic disaster that takes place at all, really. Not all trains are created equal unfortunately, so it’s really un-fun playing it on the A train at rush hour, unless you’re particularly attracted to dregs of the universe. The game is not quite “Would You Rather” (death or some other fate worse than that isn’t really an option as a way out in this game). You have to choose someone, I guess it’s more just about fucking with your own mind.

Anyways, here’s an interesting one to think about:

If your whole train was just random dudes from ABC’s original TGIF line up, who would you do? 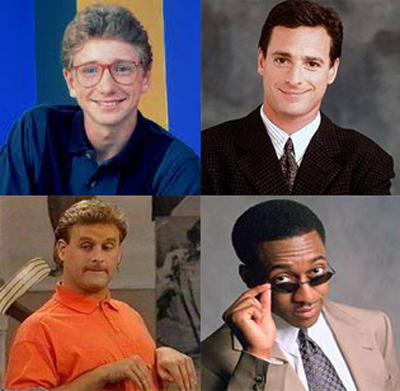 They have all had longer relationships than you, unparalleled adoration, and have never had to take the subway a day in their lives. If that doesn’t totally bum you out, then let’s get right to this week’s questions…

Q: Hi Bitch, so I’m black (half Asian). My boyfriend is white, we’ve been dating for 6 months now. He’s from the South and obviously he isn’t racist, since he’s dating me. But he loves to throw around the n word. Like seriously, he thinks it’s funny. Now it’s just getting out of control like “Hi sexy n_____” when I walk in the door. I don’t want to get all PC on him, but we have a trip planned to visit my parents in a month, and honestly he might get hurt doing shit like that around my family. How do I tell him to quit it?

The real issue at hand here is COMMUNICATION. What you need to do is address your concerns early on, or else this is going to boil over into a nasty stew of resentment. Your boyfriend is from the South, so it seems you need to speak to him on his own terms. He’s suffering from a case of what we Southerners like to call “smelling his own pee pee”. Basically, he seems super duper excited to be dating someone of a different race, so much so that he’s wants to try out all this new slang that may have before seemed too taboo to even utter to another person. He needs to calm down actually.

It’s like when I attended my first day of 5th grade. Naturally, after spending an entire summer alone indoors with my best friend, cable TV, I wasn’t at all into the idea of spending all day with anyone there. The only thrill was showing everyone all the new curse words, filthy lyrics, and dirty dances I learned from MTV during our summer hiatus. Anyways, on the playground that afternoon I called some girl that I swear to god was the human incarnation of Angelica Pickles a “whore”. I’d heard the word from some genius Martin Lawrence sketch routine on late night TV. Everyone on the playground immediately scattered like ants — I could innately feel punishment coming on. I was grounded for all of that fall. Older and wiser, I only call someone a whore when I truly believe they are one (most people are). It’s about understanding the gravity that words carry. Like that messy fifth grader on the playground, your boyfriend just hasn’t been taught that yet. He’ll learn when he tries that shit around your parents, but save both of yourselves the trouble and deal with this early on.

More importantly though, your worry shouldn’t be “getting all PC” on him. As much shit as I talk, I really do feel that political correctness does often get a bad rap a lot of the time. The term usually implies that these social considerations are excessive or of a purely “political” nature, which is nonsense in this situation. You’re telling him how his terms of “endearment” are offensive to you, HIS BOYFRIEND. If he can’t understand that, then fuck him. Next.

Q: Hey Bitch, I have a weird kink. I like to dress up as a doctor and nurse a hot guy back to health. Not that the guy has to be sick, they just have to pretend they are. My favorite part is putting a thermometer up their butt and taking their temperature. Question is, how far into meeting a guy should I share this fantasy? It’s really the only thing that gets me off. Like REALLY off. Any thoughts?

A: Hi Professor Bum, what the fuck do I look like WedMD? You’re asking how soon is too soon to stick a thermometer up someone’s butt? I’d say, anytime after the age of 1 or anytime before they break a 100 degree sweat would be too soon to stick a thermometer up their butt. Isn’t this what medical malpractice is? I feel like this is exactly what medical malpractice is…

Sorry, I am going to have to ask some questions, because this is just beyond… When you nurse the guys back to health, do you feed them soup (I love soup)? Do they just get to lie about all day while you are out saving the world (loafing around is one of my favorite past times)? Do you wear full on scrubs? Do you own a stethoscope? A vacation home? Are you an actual MD? If you answered yes to any of these, we should maybe talk. I have fantasies about dating a doctor. Specifically Dr. Jack Shephard, but that has everything to do with financial security and really nothing do with a thermometer up my butt. Not my thing personally, but you do you.

All jokes aside, you already seem to be on the right track here… Meaning, you definitely know exactly what you want and seem pretty comfortable going after it, and surprisingly that’s a lot more than most people can say about any of their “weird kinks”. Time and again, studies continue to show that sexual fantasies are healthy, and occurring most often in the people showing the fewest sexual problems and least occurrences of sexual dissatisfaction. So share away at your will with whoever will play Operation with you, because there’s no requisite bracket of time on when to tell someone about these things. Fran Lebowitz once wrote “If your sexual fantasies were truly of interest to others, they would no longer be fantasies”. 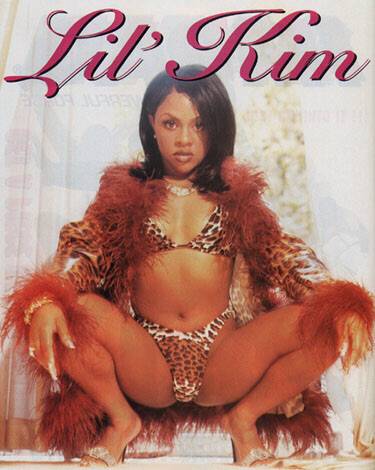 This week’s freak is the original bitch, Queen Bitch: Kimberly Denise Jones. Of course, by the time you’re all reading this, it is exactly 1 day since her 39th birthday, so be sure to blast HARDCORE out of your car trunk, church speakers, or PANDORA station in a quiet office on a very casual Friday.

I can attribute much of what I’ve learned about love, sex, dating, money, food, fur to this woman. Who else releases albums while behind bars anymore? That’s the thing about Kim, she’s always been ahead of her time. When no one even knew what “ratchet” was, Kim was busy actually being it. Driving across states in a rented convertible Le Baron, wearing head-to-toe Fendi monogram print with a blue polyester bob wig from Party City, probably smuggling drugs in a Crown Royal bag looking like a round the way Powerpuff Girl from Bedstuy. Words alone can’t describe her beauty, so I’m leaving you with some of my favorite moving pictures of Miss Kim.