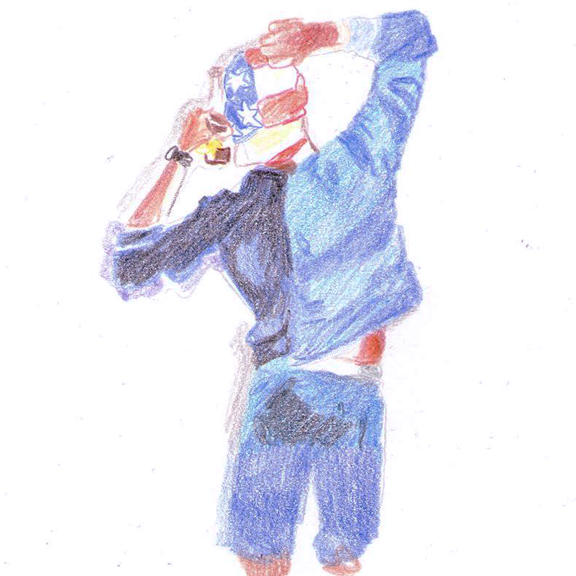 Dear Bitch, I have a very BIG issue. I’ve been dating my dear boyfriend for over a year now. I love him dearly. He is the sweetest man I have ever, and probably will ever, date. He would do anything to make me happy. All I want is the same for him. However, somewhere down the road, I’ve lost my sexual desire for him. Our sex life has gone downhill and I don’t know what to do. He gets me off and I have no desire to get him off and I feel like a terrible person. We never fuck each other because he doesn’t like it and I think this may be why the sex has fizzled. How many times can we 69? I don’t know what to do. I feel like I can’t picture my life without him but at the same time, am fantasizing about sex with other men constantly. I feel like I’m leading a fake relationship or something is missing. Please help.

Dear Scissor Sister, I know what you mean, 69’ing can lose its lustre prettttty quickly if it’s a 24/7 affair. Have you tried role playing? One of my friends once dated a dude who always liked to be undressed like some big baby, and acted all infant-y. In technical fetish terminology, “paraphilic infantilism“, but I refer to it as “really fucked”. They only dated like 1 month, but in baby years who knows how long that is…  Anyways, my point is that if you’re already leading a fake relationship, may as well lead a fake sex life as well, no? Or you can at least talk about it…

I wonder now, if you have ever openly discussed this problem with him? It really is amazing how few couples, whether homo or hetero, actually talk about their sex lives with one another. Like everyone’s doing it, but no one wants to acknowledge it. Like how everyone ever born has peed in the shower before yet no one will admit to it. You say the relationship has gone “downhill” therefore I’m led to believe that the fuck times haven’t always been this lackluster, so it’s obvious there’s potential to turn this car around. It’s clear sex alone isn’t doing any magic here, so let’s try other methods.

You know what’s really sexy? Honesty. Like being 100% brutally honest. So, tell me with a straight face that “Blackout” was not the most real Britney Spears album ever. I mean, she was at her most honest, rawest, messiest moment in life. It was 100% her, and it showed, because she even styled herself. Looking like she bought her hair and outfit at the same store, pussy popping without a purpose in her ex husband’s fedora, bedazzled sports bra, and distressed hip hugger jeans outside a grocery store. And fuck what any other gays will tell you, it does not get any realer than the Blackout period. Without any help, this is who she is, slow and messy, and I can appreciate that because it’s the truth. It is free Boost Mobile phone music. It is stray shopping cart on the side of a freeway with weave stuck in the wheel casters music. Pink polyester Rickie’s wig with a fucked up British accent music. It is also some of the best music of her entire career, because it is, at it’s core, raw. I’m getting too excited and off topic here, but I sincerely hope you’re getting my point.

It can be messy as hell most days, but I believe honesty is the best policy, always. You really need to Break The Ice and talk openly and honestly with him, if you have not already done so, and make him aware of how much this situation pains you.

In the end, if he cannot or will not change, you have to consider moving on. Can you imagine if Britney stayed with Kevin Federline? Remember Chaotic? I know that ending a relationship is very painful but sometimes there is nothing else to do. Otherwise, the danger is that you will become resentful and even come to hate him. That’s just human nature and I am sure you do not want that to happen.

Sup bitch, Recently, I went on the best first date of my life. Yay me! I met a funny, smart, easy-going doctor and she wants me! Well, I got caught up in the moment and forgot that only 3 months ago I discovered that my lying-ass EX-fiance gave me the herp. On my lady garden. I realized, after all my clothes were off, that I had to say something to my new friend before she touched/went down there. So my drunk ass just stops and blurts it out. Bad call. She gets off of me and thanks me for telling her and I start blubbering about the ex.

I know, I know. Did I mention I was drunk? So I composed myself and she rolled over and I proceeded to try to spoon her. She wasn’t having it and she hasn’t spoken to me since she left the next morning. She was the first girl I had to tell in THAT moment. But when is the best time to reveal it? I don’t want it to go down like that again. Le sigh. I feel like I’m screwed (or, more accurately, NOT ever going to get screwed) for life and no one will ever want to touch my lady parts again. Ugh. But I can’t do to someone else what was done to me. I have to reveal it, but this one isn’t exactly in the etiquette books, ya know? Plus, lesbians think that STDs are so uncommon in our demographic that there seems to be an extra element of shock when you tell a lesbian you have an STD. This bitch right here needs some help, bitch. Or am I crazy? Was she just pissed because she couldn’t get any pussy?

Hey Lonely Lesbian, Lord have mercy we have some colorful readers. The road to love truly is a bumpy one (sorry, had to).  So many obstacles, but it’s all in how you maneuver I suppose. To address your predicament, I don’t think there’s a more polite way to announce something like that other than just saying it, clearly and out in the open. A simple “Hold up bitch! Put those hands where my eyes can see! We need to have a talk right quick! Don’t touch my hot pocket or it’ll burn ya!”

In all seriousness, if you hadn’t said anything, that would make you the messiest woman on earth. I can tell that you may be a lot of things, but you aren’t crazy. A crazy woman would’ve kept her lips shut about the situation with her other lips. A crazy woman would’ve not told that DOCTOR the awful truth. So I do commend you on that end. It’s all about honesty.

In all honesty (a real theme today), did you really ever think you had a choice? A DOCTOR. Like, you literally considered for a moment that Dr. Quinn Medicine Woman, a grown ass trained medical professional, wasn’t going to be able to retrace her steps and figure out which lying ass bitch gave her that lifelong commitment around her damn ring?? I swear, there is absolutely nothing scarier on this earth than a woman who just realizes she’s been misled. Not sinkholes, not Freddie Krueger’s claws coming out of soapy bathtub water (the reason I exclusively shower), not the motion picture Gravity starring Sandra Bullock, not even that flesh eating drug I keep accidentally reading about for hours on end when I’m alone and bored. Sometimes, when I really think about it, it’s not even about actual dick or the fact that I like how dumb most guys are that attracts me to males… It may very well be the fact that I am actually terrified of ever sleeping next to an angry woman.

Anyways, herpes sounds like a fucking bum out, but so is life most days. Just like life, you’ll have to drudge through it until you eventually bump into someone to share it with! That may be the actual worst advice ever on earth, but I’m going to be honest and let you know that Scandal is about to come on in literally 5 minutes so and I’m trying to save my energy…

Zac Efron in this clip. Really only Zac Efron whenever when he is in various states of undress. This image kind of makes me miss planking.

Also, while looking for that one photo, I fell into a Zac-hole of Tumblrs dedicated to the weirdest shit. Found one completely devoted to photos of him in different flip flops. For your reference (click on the link if you’re a sick fuck): Zac in flip flops