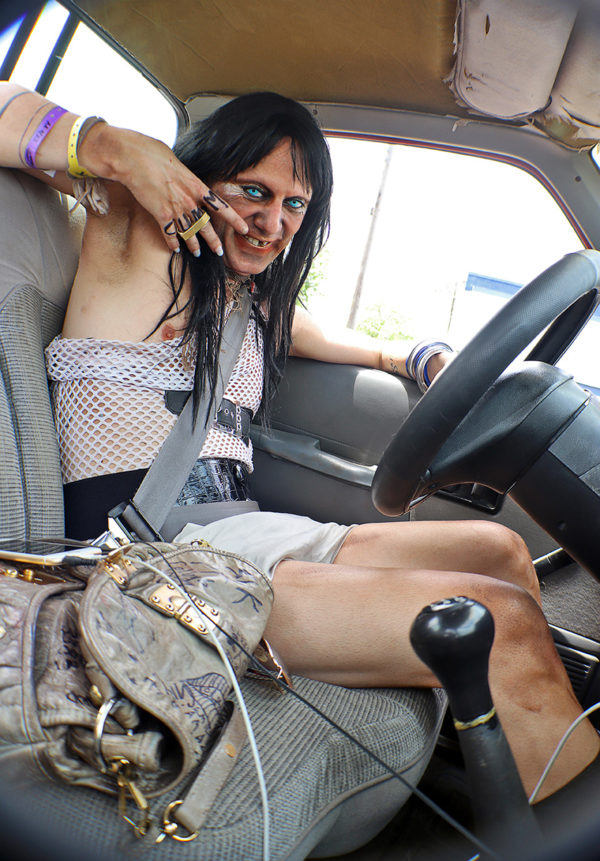 CHRISTEENE returns with her second album

"Basura" is out now.

My very first introduction to Christeene was at the D.C. gay bar Trade. A friend sprung up from his seat running and shouting “Christeene! Christeene!” towards a strange looking woman dressed in ripped fabric, heeled leather boots and doting a bulky handbag. Christeene, when she turned around, had shoddy black bangs that wanted to cover her fierce blue contacts, and a space between her two front teeth to boot. It was a look so out of the ordinary you had no choice but to look. Not to mention she spoke with a lisp. Regardless of her appearance, she seemed nice.

Christeene — the character created by Paul Soileau — has been making music for the better part of a decade. Her gritty, transgressive queer music shocks on the surface level, but her sophisticated avant-garde approach to music has caught the attention of fashion big-wigs like Rick Owens and the international fag-rock audience.

When Slava Mogutin told us he was headed to Austin, Texas to spend some time photographing the performer at home, we knew they would be images worth seeing. Published here for the first time, Christeene and Slava’s collaboration looks dystopian — it’s as if the only thing left on earth are farm animals and one super chic punk-femme.

In between their photos they took some time to talk too, which you can read below: 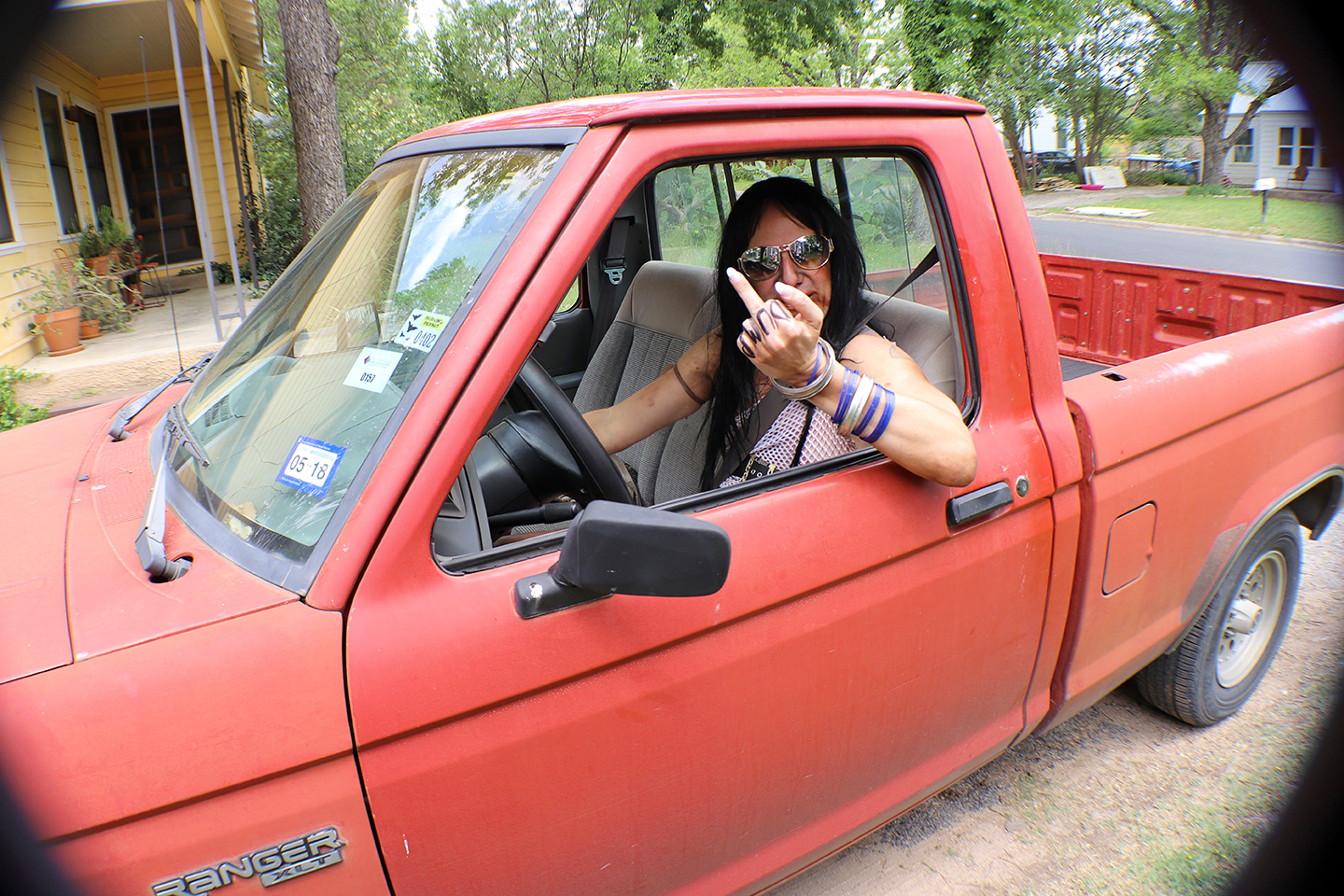 Slava Mogutin: How do you introduce your new album, Basura, in comparison to the last one. Like how dirty?  Christeene: It’s still dirty. It’s not as… there’s more anger in Basura, but there’s also more vulnerability in it. There’s a more intimate side of Christeene in it. But lyrically, it’s filthy. She hasn’t cleaned up at all. But it’s just more aggressive. It’s not so much a kind of wild child, slinging vulgarity and slinging shit and slinging dick…

Not the Tourette’s. It’s more honed in on like… Christeene kind of understands a little more of what Christeene wants now. And Christeene understands you a little more and knows how to maybe talk to you in a different way or manipulate you in a different way, ‘cause she’s been around for nine years now, she’s starting to get wise to certain things. I didn’t know what the sounds of her music were going to be, some songs kind of go towards country, some songs kind of go towards you know, R&B. Like, some songs are strictly electronic with no instruments. There are different genres of music that Christeene queers up, and then she eats them and makes them her own. That first album was a lot of just eating and eating and shitting and shitting and just destructively tearing through things, and this album is a little more where Christeene has a better understanding of the environment that’s around her, of the people and what they want from her, what they can get from her and what they’ve got from her. And how much she wants to give now instead of just fucking giving all of it. So, it’s fun to see that evolution happen and I think in Basura we’re really seeing what nine years of Christeene on earth has done to her. But aggressively and filth-wise and all of that it’s there. And in the videos you see it too. She’s changed, like if you watch “Fix My Dick,” and if you watch “Action Toilet” or “Butt Muscle,” there’s a huge difference.

Have you been censored in some ways? Well, as most artists I know I’ve been taken off of YouTube. I mean, I automatically kind of assume I’m being censored because I say horribly, filthy things. So it’s like, I’m never gonna end up on the radio, really. I could be. Just change out all the shit… but who’s got time to do all that?

Christeene never eats in public. Oh, yes she does! Oh my god, yes! I go to restaurants in public all the time.

As Christeene. So why wouldn’t she go to a restaurant with Rick [Owens] as Christeene? Because I didn’t wanna put her on there. I didn’t even think of that because he wanted to go with Paul. Let me take y’all out for dinner. That would have been ridiculous to show up as Paul and be like hey! You know, ‘cause then you’re like, oh, this motherfucker’s crazy. I find that there’s something very powerful and wonderful about the character of Christeene, and I’d rather keep that mystery intact. And when people later on… I always say like, academics or something, I don’t mind talking about my process, my artistic process to a room, or people who are interested in that. 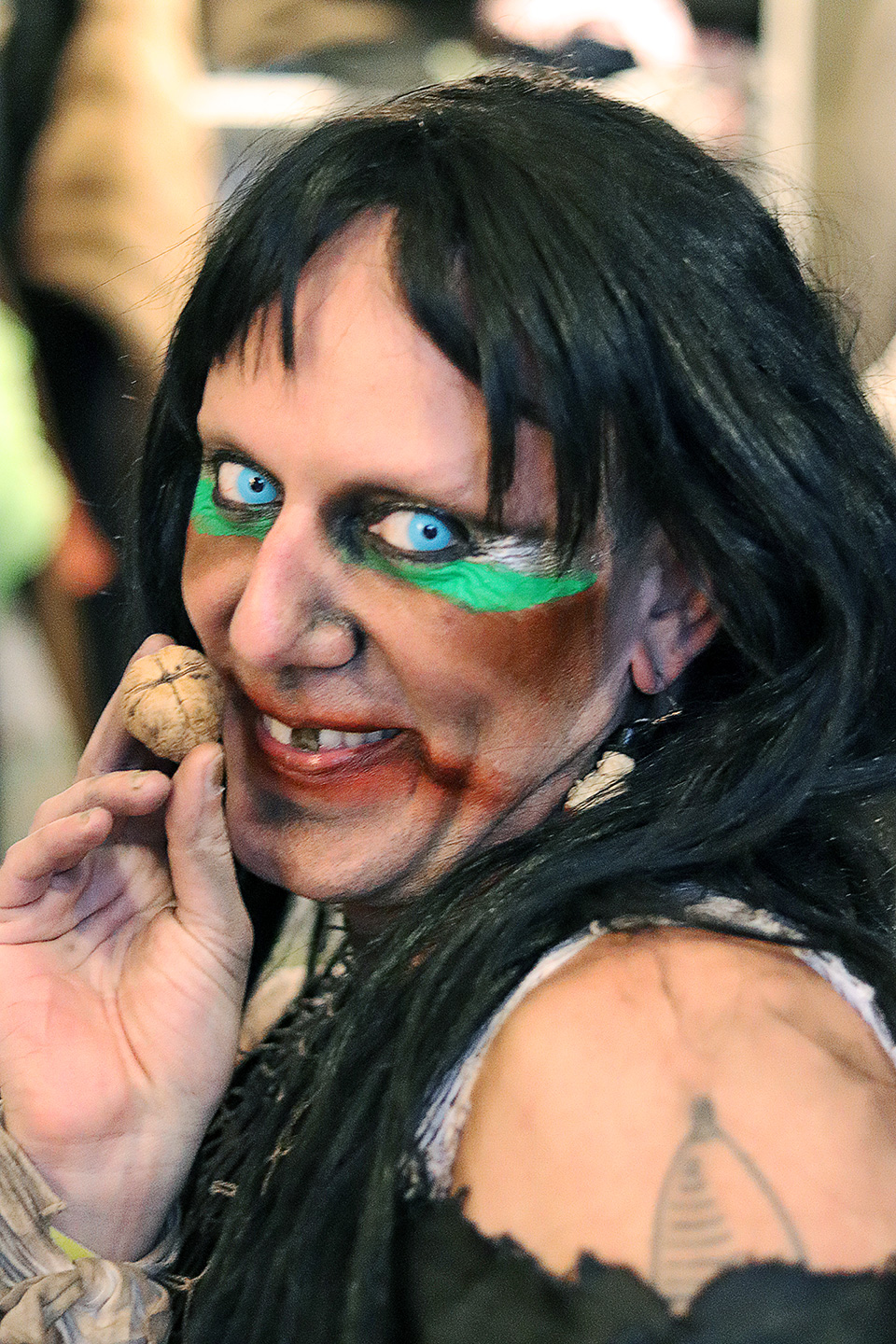 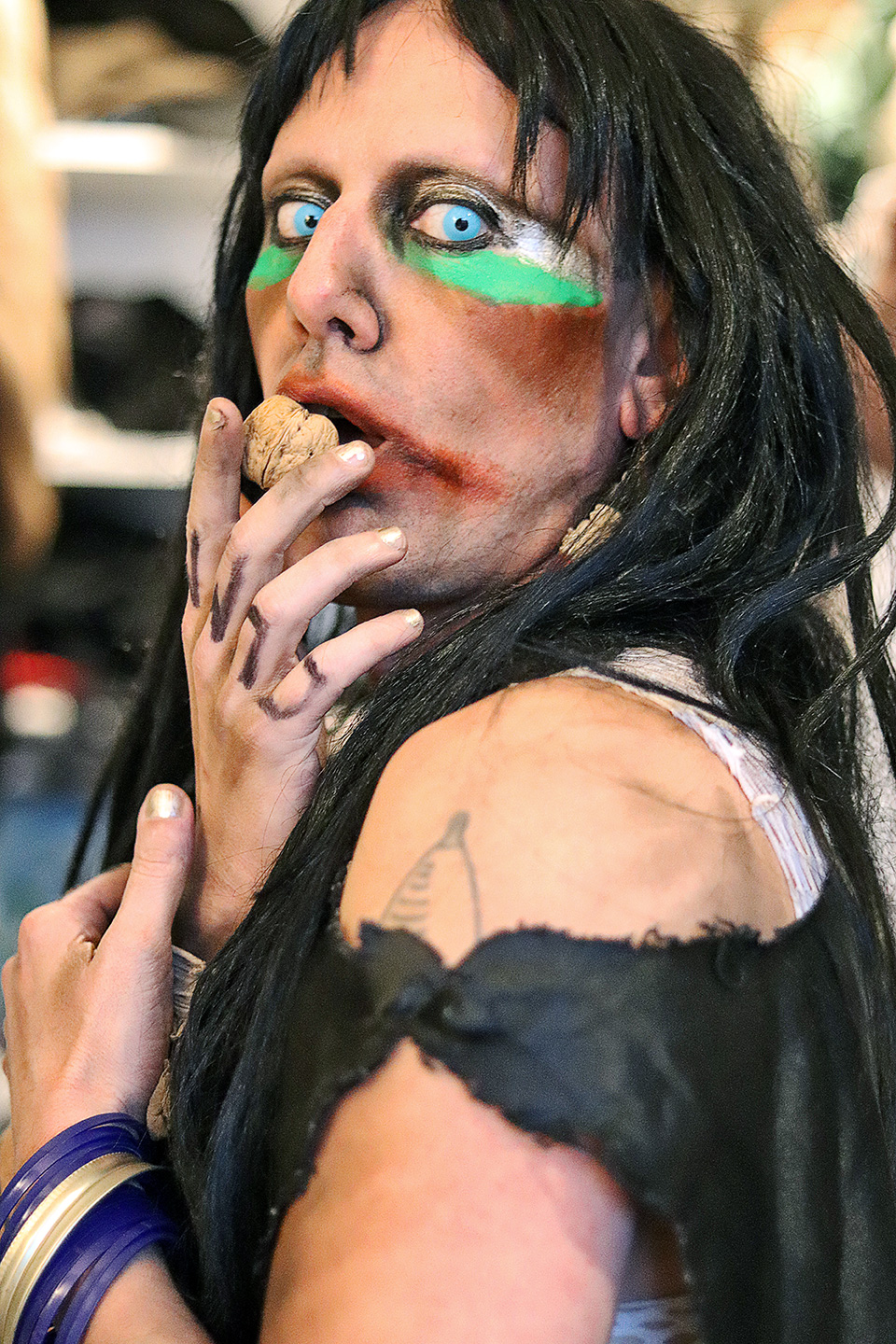 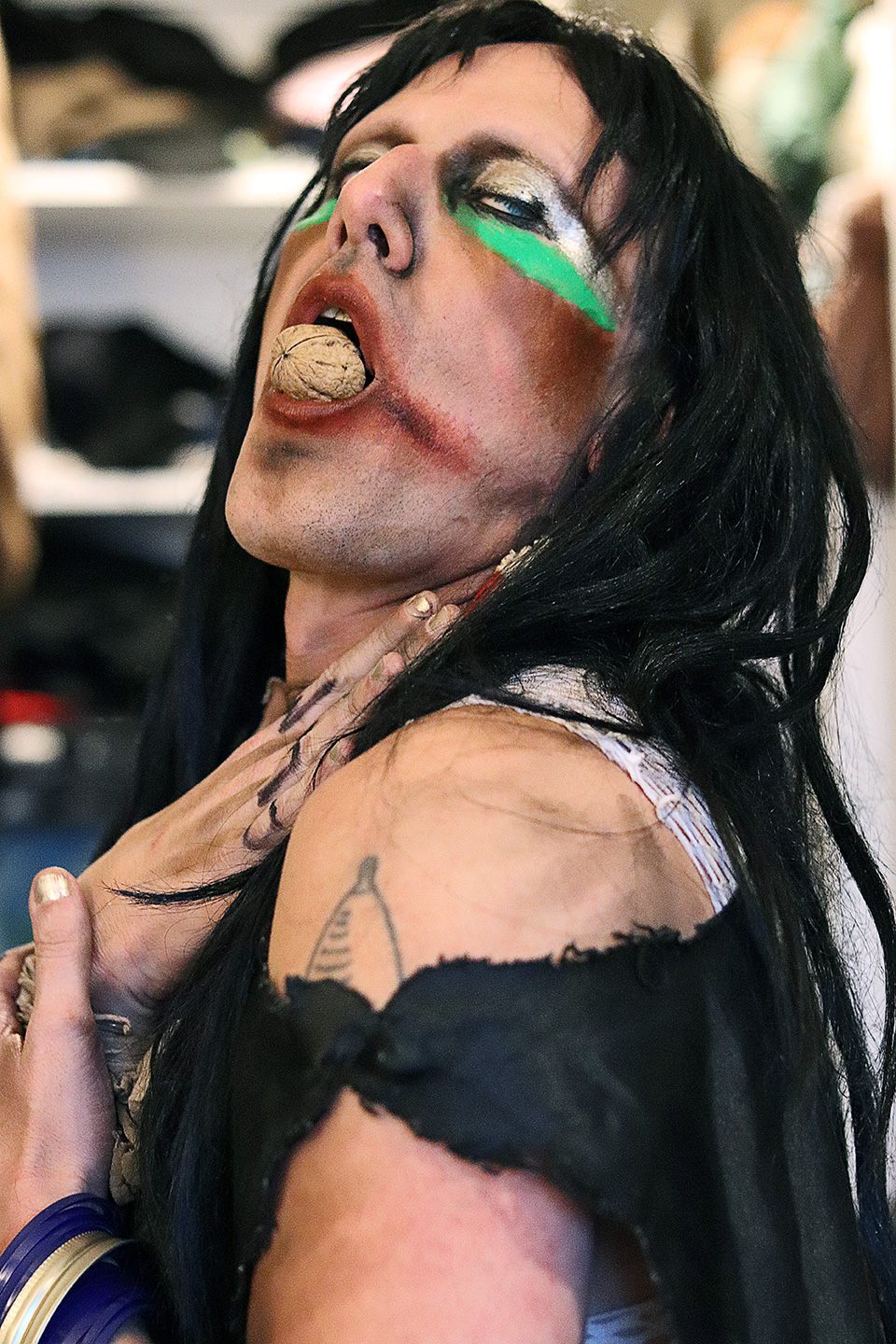 “Basura” is out now!