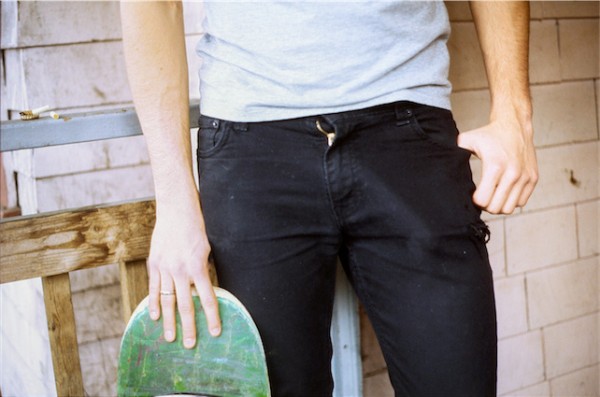 Claire Milbrath is a Groin Grazer

A photographic exploration of men's crotches.

We were fascinated by Claire Milbrath‘s Groin Grazing photo series when we first saw it a few weeks ago. Claire lives in Montreal and has been photographing groins for the last 5 months. She started the series in response to the constant objectification of female bodies in mainstream media. We wanted to learn more about the series and her very understandable fascination with men’s bulges so decided to send her a few questions.

How old are you? Where are you from? How long have you been photographing for? I’m 24 yrs old, I live in Montreal, and I’m from Victoria, British Columbia. I started taking pictures when I was 13, but not seriously until I was about 17.

How long have you been photographing men’s groins for? Only in the last 5 months. 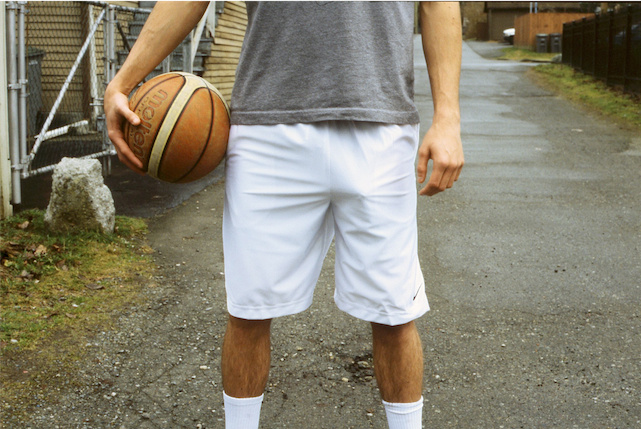 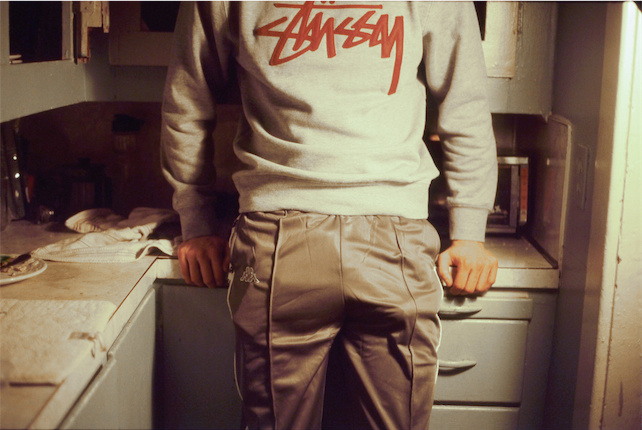 How did you come up with the idea? I’m tired of the excess of female body imagery in fashion and media. I started doing a lot of work for Vice recently, and during that time their fashion issue came out featuring 2 spreads that blatantly objectified women and didn’t do much else artistically. So I pitched a shoot that objectified male bodies; I wanted it to mimic the cK body ads from the 90s, rippling muscles, bulges in underwear, etc, etc. It was Vice’s idea to focus solely on the crotch area.

Have you shown the series in any galleries? No. One gallery in Paris is looking to purchase a couple prints but it hasn’t been confirmed. I would love to show them in that setting though. 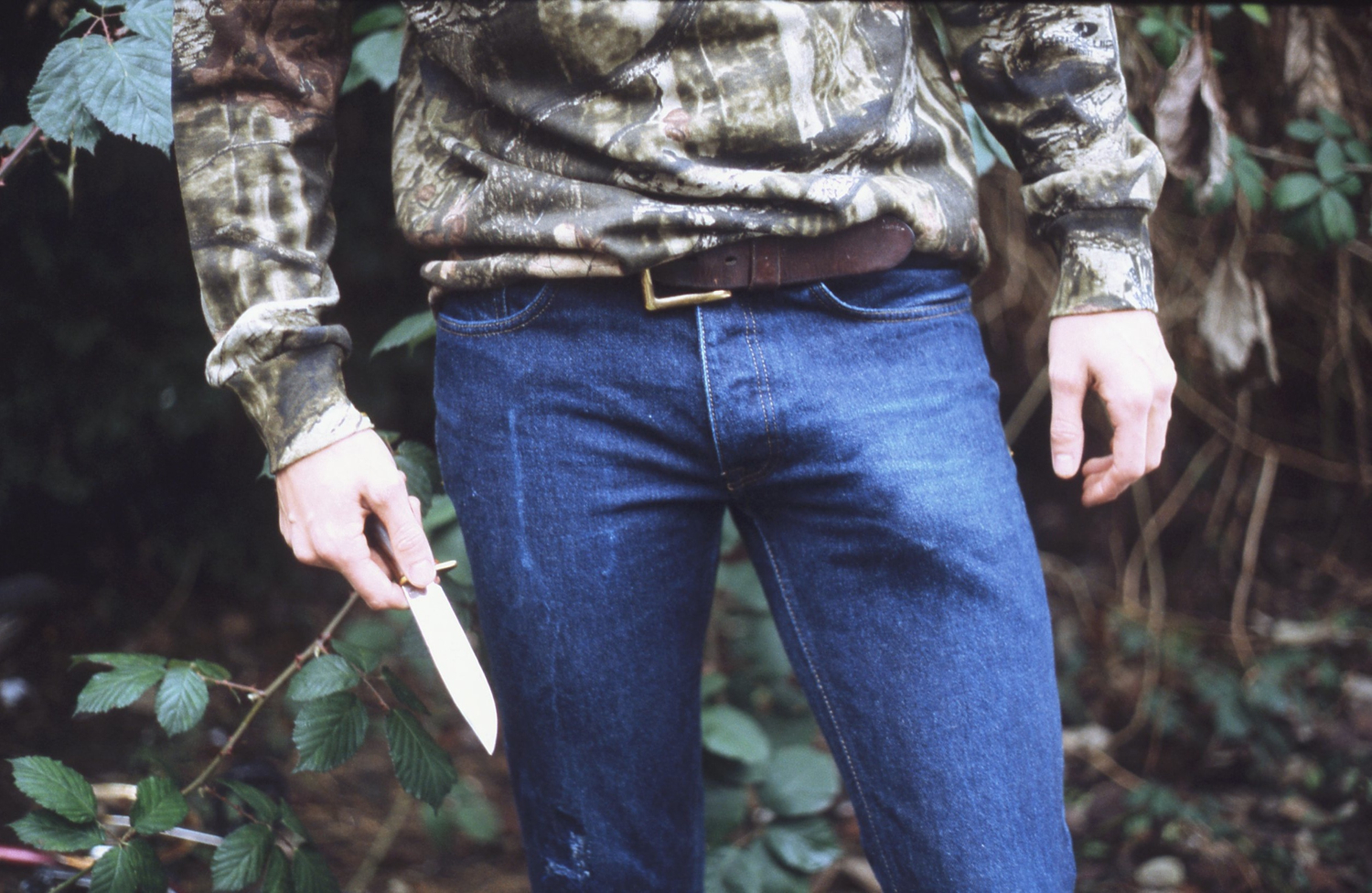 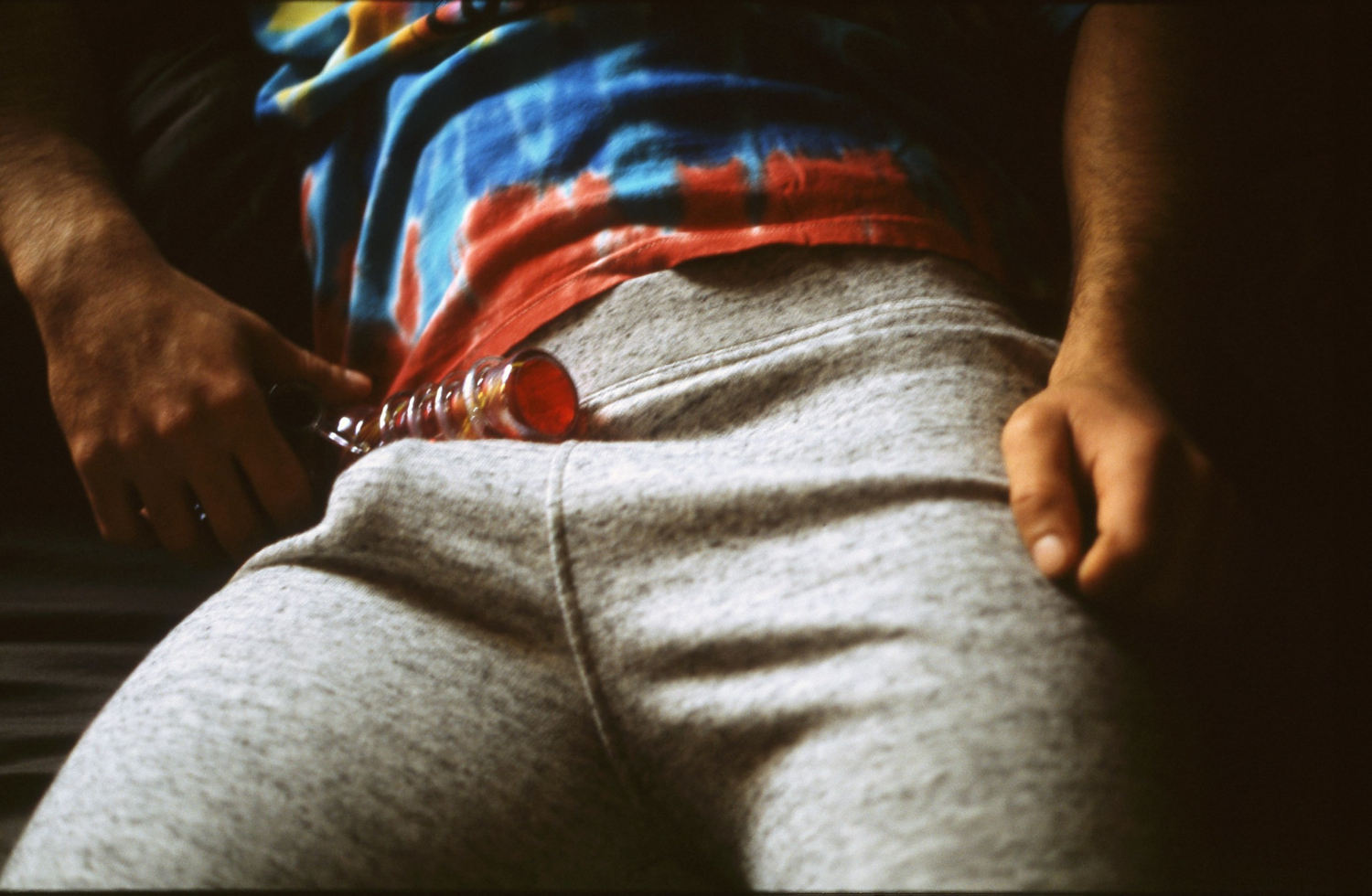 Who is most interested in this work? Who have you gotten the biggest response from? Women. Mostly feminist blogs and news sources. I’ve gotten a lot of women contacting me just saying things like “THANK YOU, MADE MY DAY” which gives me a nice feeling.

Are all the men you photograph your strangers/friends/lovers/family members? Where did you find them? I was in British Columbia for xmas holidays at the time of the shoot so luckily the stylist there, Mila Franovic, recruited all the models. They were all her friends and her boyfriend’s friends. They were very nice. I have been accumulating a small privatecollection of my own male friends and lovers as well.

Are the bulges all real? Everyone asks this question. I would say 75% of the bulges are real. We had to use a zuchini for a couple looks, you can probably tell which ones. All of the images that feature more ‘raging’ style bulges are real however. A few of the models were very equipped. 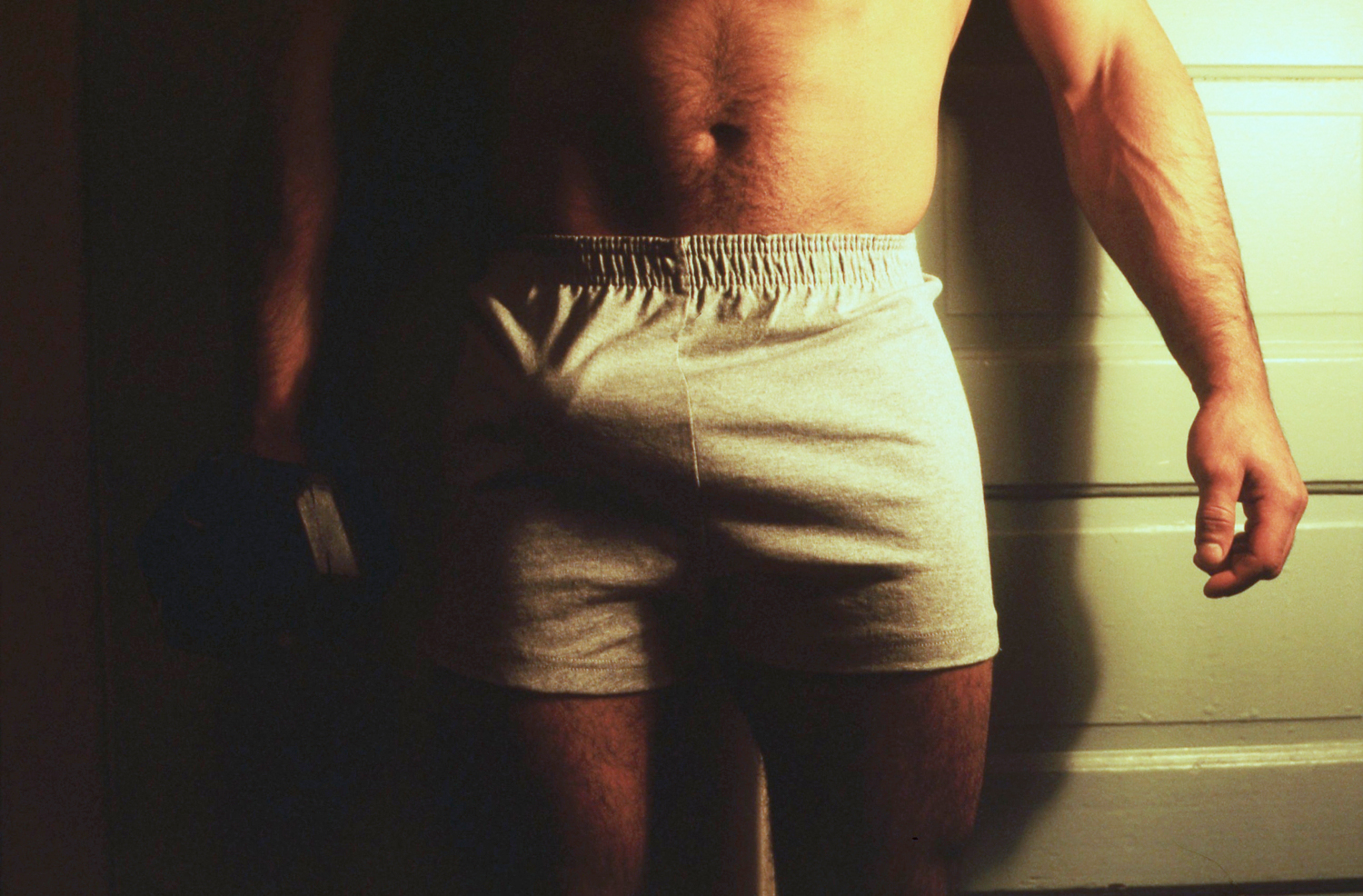 All the men seem to be really “packing” was that important for the photos? And if so how did you ensure they would have big fat dicks that looked good in a pair of tight Acne Jeans? Lol, big fat dicks. I think going big was necessary. I wanted to mirror the same ridiculous beauty standard I see constantly in mainstream representations of the female body. Mila sent me a list of names with corresponding dick sizes, like “John – medium size, Paul – huge” Hah I almost started listing The Beatles right there. It’s cool that they were all so open about what they were working with. 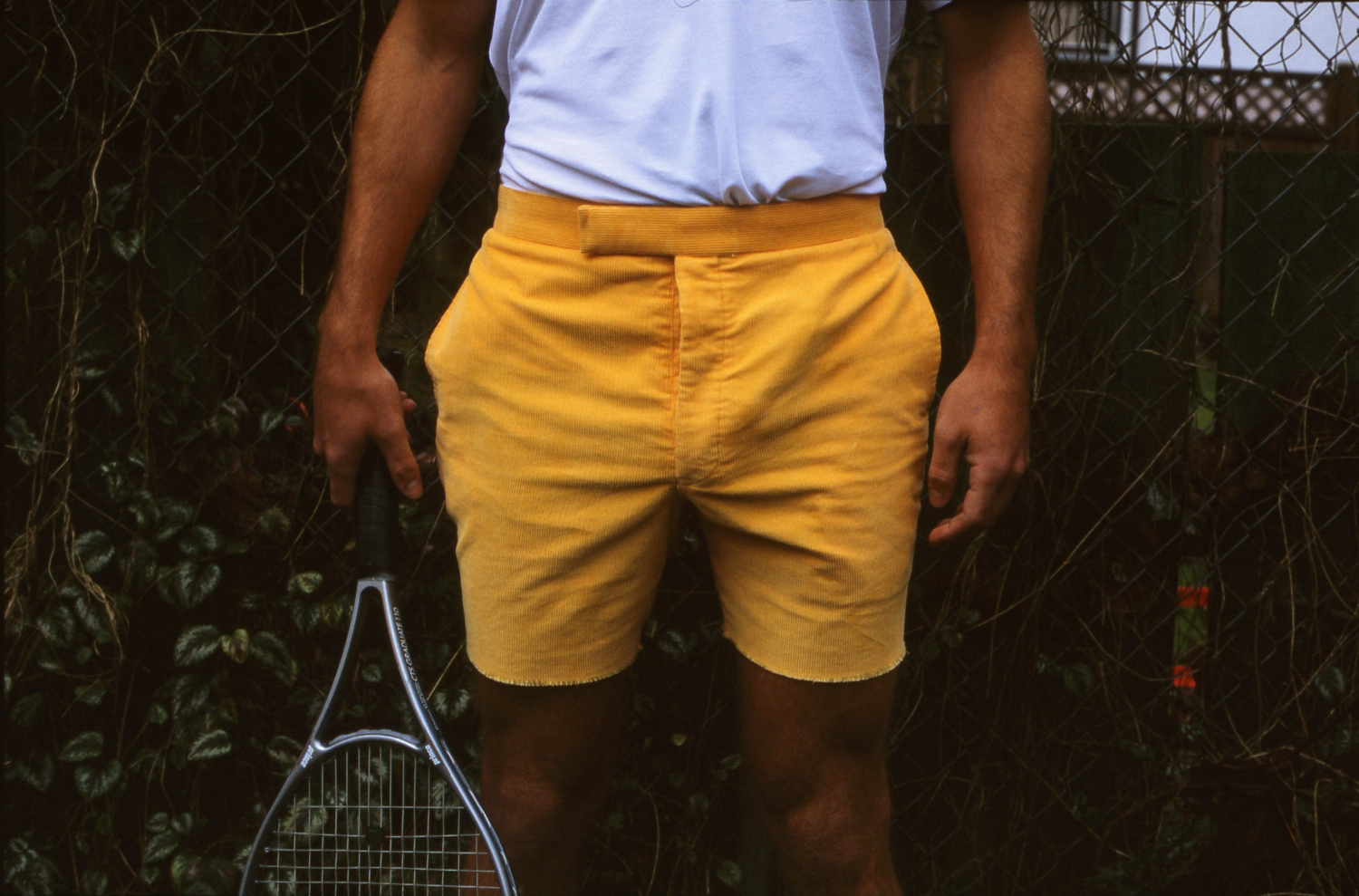 The men in the photos are all hard, how did ensure that was the case before you took the photos? Did you help any of them? It was a stressful process for the models. We’d set up the shot and the model would go into a bedroom, look at porn and get it going, using a condom as a cock-ring. Then he’d call out asking if we were ready and I’d take the photo as fast as I could. It was high pressure. One model was a stripper and he brought a pump. He did three outfits all on the same boner. We were very impressed. His penis turned blue. The whole thing made erections seem very functionary or animalistic.

There’s a retro look to the photos, can you tell me about that? I think my photography has a retro look as I shoot on expired slide film. But also that retro-porn vibe, maybe makes it more humorous. 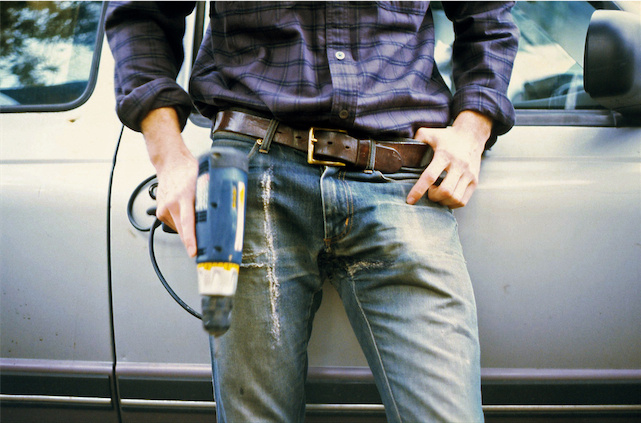 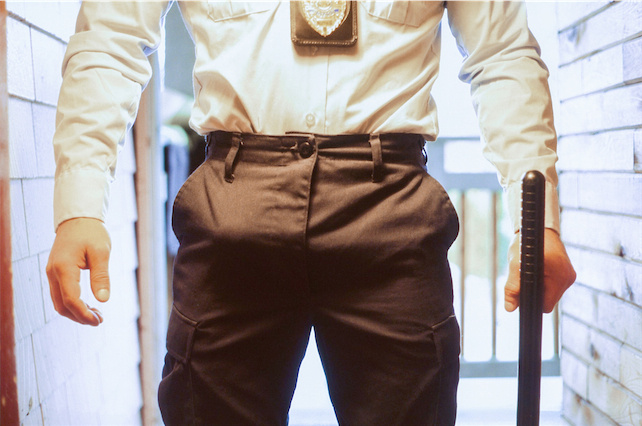 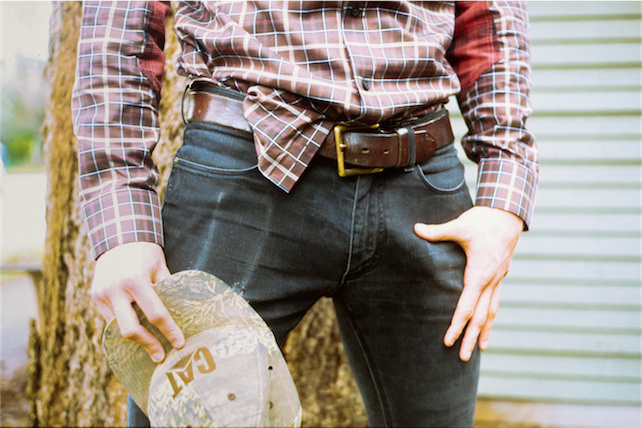 Some of your other work is also quite sexual, has sex always been an interest to you artistically? No, actually. I started doing sex-related art just so I could get my work published. But producing that kind of art got me thinking a lot about gender and sex representations in the media. I think it’s important to continue to challenge gender roles and body image; it’s so boring to keep producing the same kinds of imagery. Also it’s fun.

The series also has a fashion element to it. Is that something your also interested in? In some ways putting the bulge behind a designer pair of jeans legitimizes the viewer, makes them less pervy for staring at a man’s crotch. Too much of a stretch? Well the shoot was for Vice‘s Fashion issue, but I don’t think the designer brands are supposed to take away from the eroticism.

Any plans to do more in the series? Yes, I’m definitely not done exploring this theme! 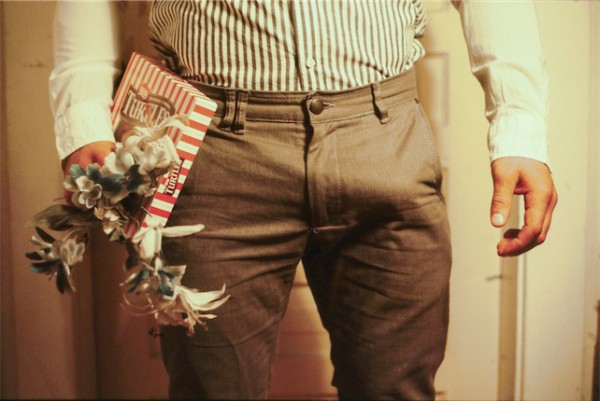