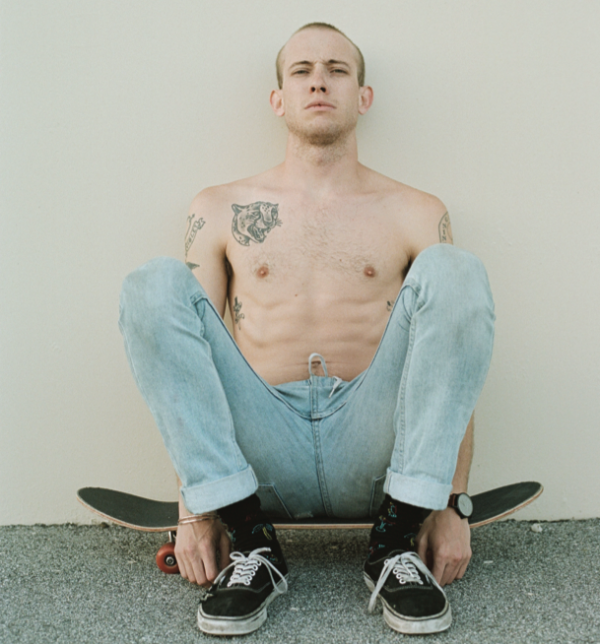 Daniel Pitout is my man

If there’s one thing South African–born, Toronto-dwelling Daniel Pitout hates, it’s laziness. As the singer, guitarist and songwriter for alt supergroup Eating Out and drummer for scuzzy Vancouver punk trio Nü Sensae (not to mention his former stints in Hunx and His Punx, Shannon and the Clams,Terror Bird and Groovy Temple), Daniel has a brand of restless energy that has manifested itself into a consistently strong work ethic. That energy bleeds into Eating Out’s ’90s-indebted music videos, too. For the catchy song “That’s My Man,” Daniel drew inspiration from classics like Clueless for a distinctly retro feel in line with the group’s alt-rock style. Daniel also happens to be one of the few openly gay members in the D.I.Y. punk scene, and he’s a very active, forward-thinking one at that: In 2012, he launched the AIDS Day Music Project, a nonprofit organization that promotes HIV/AIDS awareness through music and art every December as part of AIDS Awareness Month.

We dropped Daniel a line to ask him a few questions about Eating Out, skateboarding, gay groupies, the ’90s movies that inspire his music videos, and what being queer in the D.I.Y. punk scene has meant for him.

Who came up with the name Eating Out? I did. I just thought it was a funny name for a band and thought it would be funny to have a gay guy front a band called Eating Out.

What’s your process for writing music? I usually start with a gui- tar line because Eating Out songs are pretty melody-driven, and then I build everything on top of that. Lyrics come afterwards, once I have decided what I want the vibe of the song to be. My lyrics are all extremely personal. Every song is usually about someone or something, and I spend a long time working on the intent behind them.

The video for “That’s My Man” fits the ’90s grunge feel of Eating Out’s music so perfectly. Where’d the concept for that come from? It was inspired by my love for ’90s teen movies I grew up on. Clueless, Can’t Hardly Wait, Wayne’s World, etc. I also try making music videos like I’m making a film. I feel like no thought goes into music videos these days, and people just wanna bang ’em out. I have probably spent more money on music videos for Eating Out than I would ever spend on recording the songs.

What are your thoughts on queer visibility in the D.I.Y. punk/ grunge scene? Do you find that there’s a large, openly gay punk community for younger LGBT-identifying people? I think “queer visibility” is kind of a redundant term, at least in my life. I am openly gay and always have been, and I play in bands. I’ve never had to make a point of pushing any kind of political agenda or to hide who I am. I believe that barriers are broken when you stop acknowledging them. I’ve never made decisions based on my sexuality or let it define who I am as an artist or a person. I think if you are into punk music and you happen to be LGBT, then you should listen to that music and start a band. Not because you are gay, but because it’s what you wanna do.

To read the full interview and to see the rest of the images, click here to get a copy of the magazine… 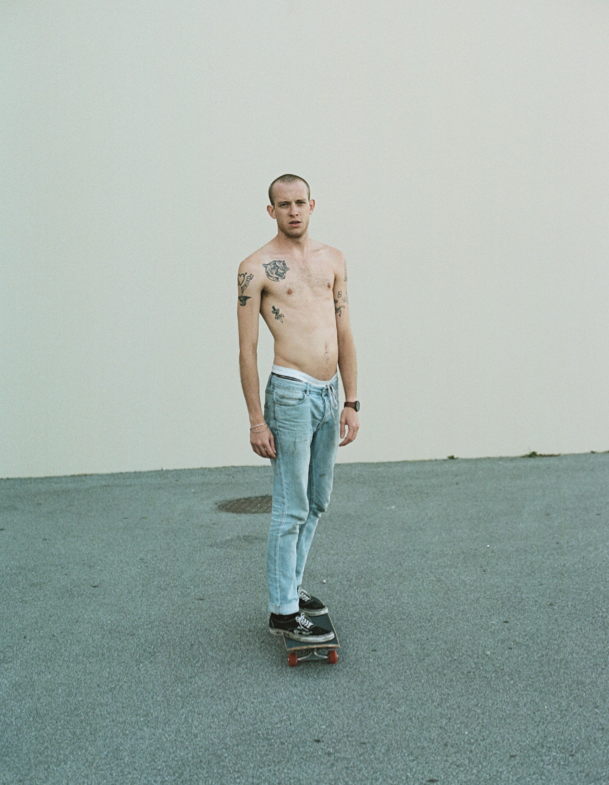 This story was previously printed in GAYLETTER issue 1.