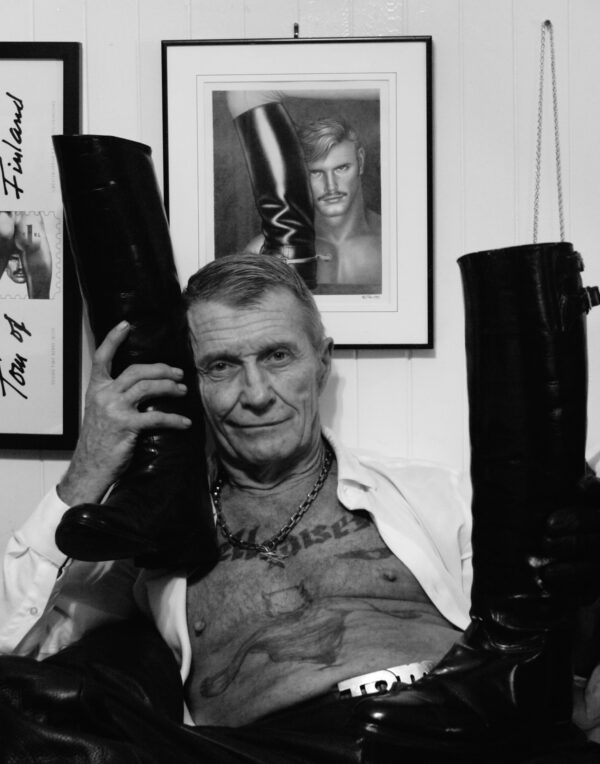 Some spaces are full of magic. TOM House is undeniably one of them. Nestled in the hills of LA’s Echo Park neighborhood, the residence houses the Tom of Finland Foundation along with a vibrant community of gay crusaders, not to mention one of the largest collections of homoerotic art in the world.

As I write this, the whole place is bustling. The foundation is creating artwork for three European exhibitions shipping out this week. This kind of rumpus is common, but beneath the wild operation and the frequent events and artist collaborations, we are a loving ménage. In a rare quiet moment, I was able to snatch away the current head of the foundation and the house, Durk Dehner, who is, among other things, the former lover of Touko Laaksonen, the late artist originally behind the Tom of Finland moniker.

Durk is the head of our tribe. He’s the one who brought the magic and, ultimately, Tom of Finland to this very house. While Durk sat in a big-armed chair painted with statuesque men, we got to talking about Tom of Finland’s art, the foundation and his place in all this. 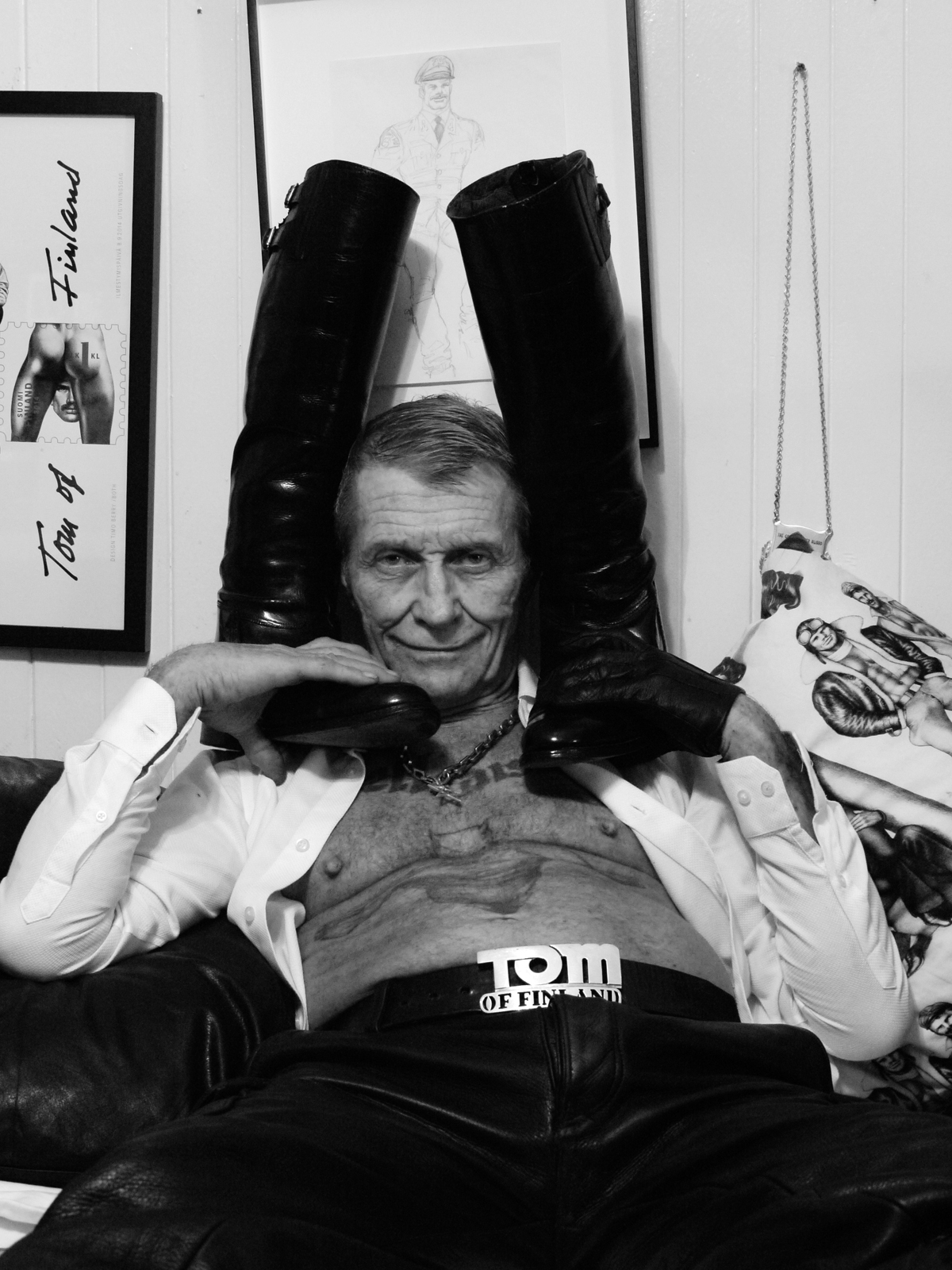 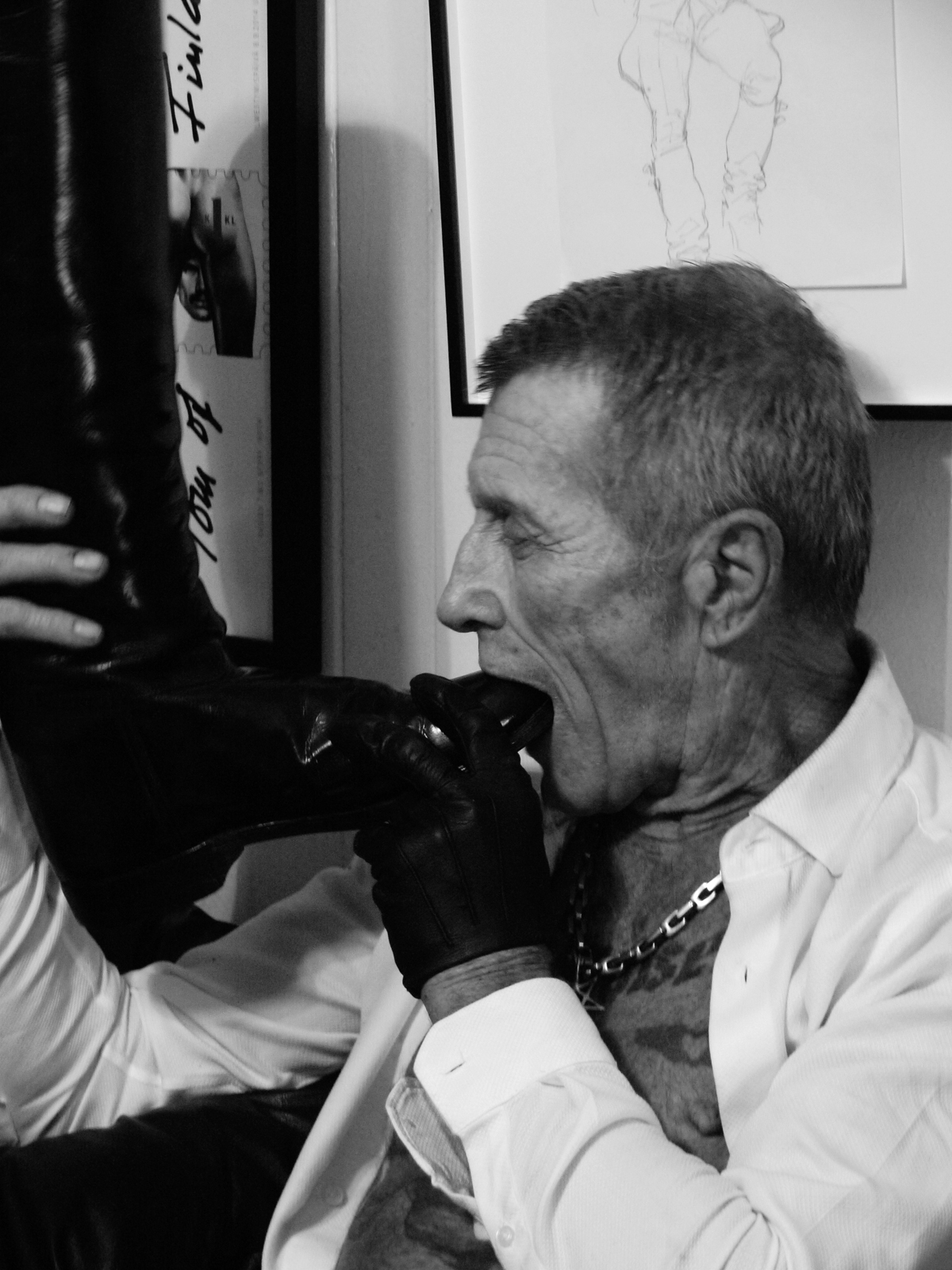 Could you start by explaining who you are and how you made it to Los Angeles? I was born with the name John Jonathan Jr. I never really identified with that, but it was my grandfather’s name, so what can you do? When I was 12, I saw a pair of sunglasses sitting on the dashboard of a 1954 Ford convertible in the park, and I stole them. Carved into the side of the sunglasses was D-U-R-K. It became my fantasy name, a name I identified within myself. It became me. I never shared it with anyone. It wasn’t until I arrived in Los Angeles, in 1976, that I met a partner who was in the same place with his name. The universe will always validate what’s in harmony.

Dehner was the name of a boot company out of Omaha, Nebraska. We identified with leather. We wore these boots, which were like high boots made for police officers. So when it came to giving a name to myself, I gave the name which had already been so internalized. I became Durk Dehner.

How did you come to live at TOM House? [What eventually became] TOM House was created by my lover, my ex-lover, his lover and myself. The four of us decided to buy this house and live communally. We bought it, we shared expenses, we shared our food, and we allowed people to come in. Tom became part of this house. We gave him a room, and it always stayed his room because we wanted him to be a part of it. He became part of the brotherhood, the Dehner Brotherhood, and others came.

Before we get to Tom, can you talk more about the Brotherhood? We wanted our own family. We have our blood family and we have our gay family, and for many of us, our gay family is as strong as we make it. Why would I ever want to lose contact with my ex-lovers? People who I have shared such loving and intimate relationships with continue to be part of my family, my gay family. So we evolve out of being bed partners — big deal. We find someone else, there’s heartache, there’s pain, but we get through that. It builds the fabric of who we are so that it’s not so ridiculously single-layered. These amazing threads make a dimensional rug that hangs in honor of who we are. It’s about sharing and valuing what we experience.

What got you interested in championing queer artists (like me) and collecting their work? I realized that in order for my life to actually be worth anything, I needed to make it about something bigger than me. I didn’t know what that would be, but I knew I needed to make it something. I thought I would do all these good deeds for others, and that would be a way to make my life worth something. Then, whenever my life was over, there could at least be some validation that I did something that made the world a better place or made it better for the individuals I came in contact with.

Was meeting Tom a turning point in your life? I have met hundreds of men who discovered Tom at puberty, and he influenced their developmental years as homosexuals. He validated who they were. I did not discover his art until I was 26. When I experienced his artwork, it moved me. I’d never experienced a visual that I so identified with, that affected me emotionally and was such a physical experience. I didn’t understand what that was. But I ended up writing Tom a letter. I wanted him to know that somehow his work had actually affected me.

How did your relationship evolve from there? We became pen pals. I was living in Los Angeles, and I offered to host him for his first exhibitions in Los Angeles and San Francisco. The richer you allow your fantasies to be, the stronger they become. The strength in that will manifest in reality. So it’s very clear to me how Tom and I got into harmony with each other because of the intensity of my experience with one of his drawings. 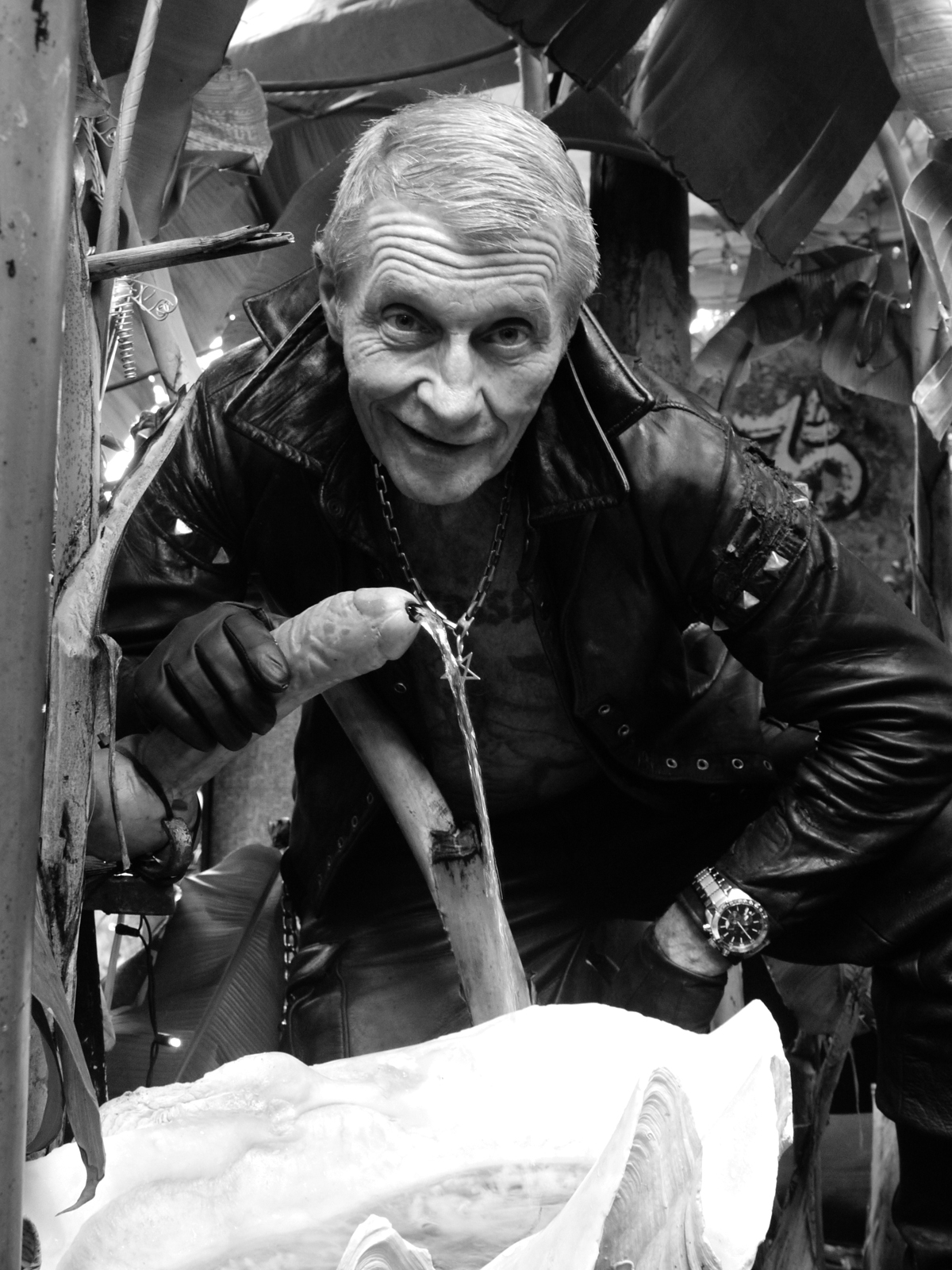 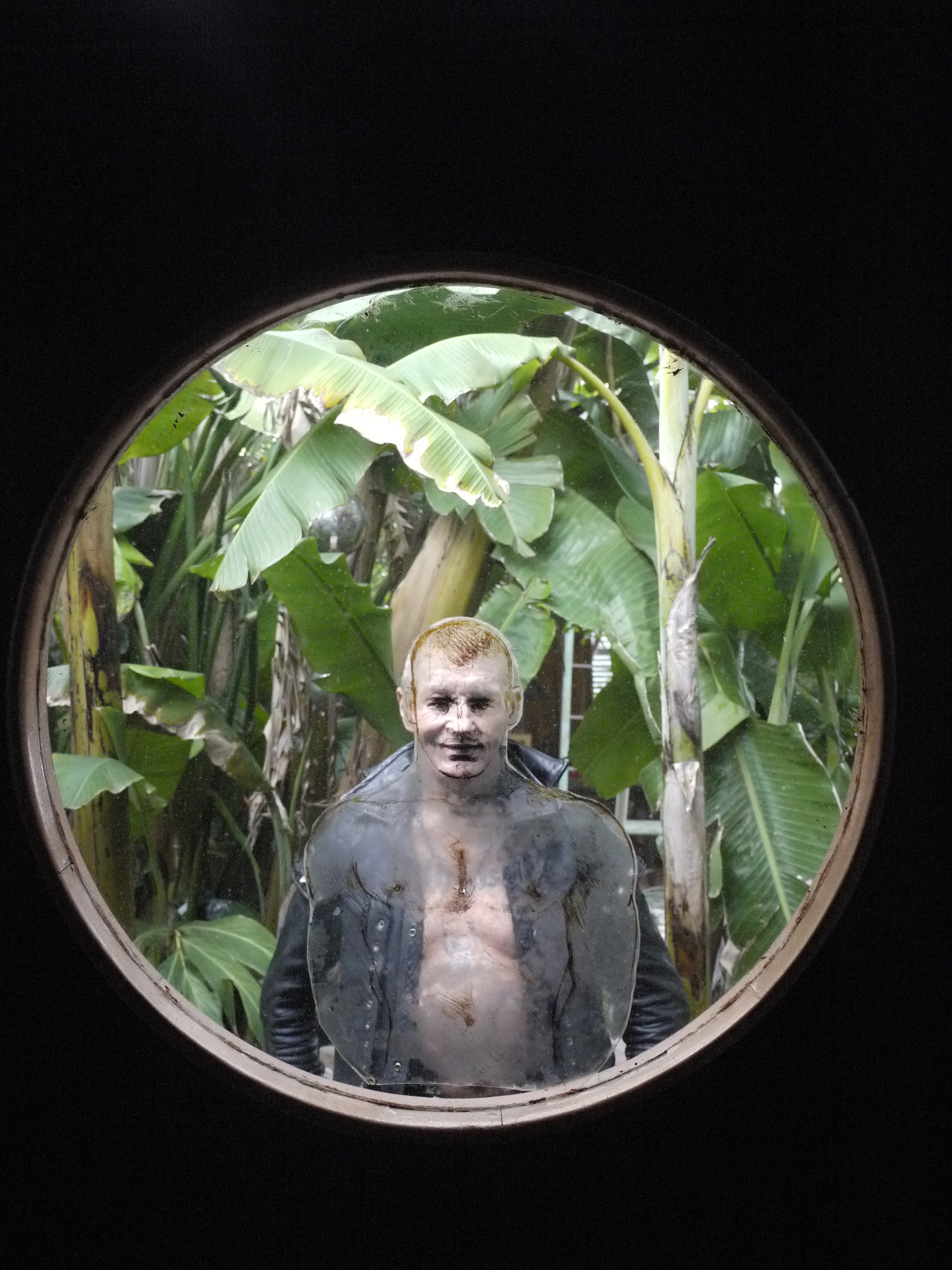 Durk in the TOM House garden, standing behind one of Tom’s film positives “left over from the offset printing days.” 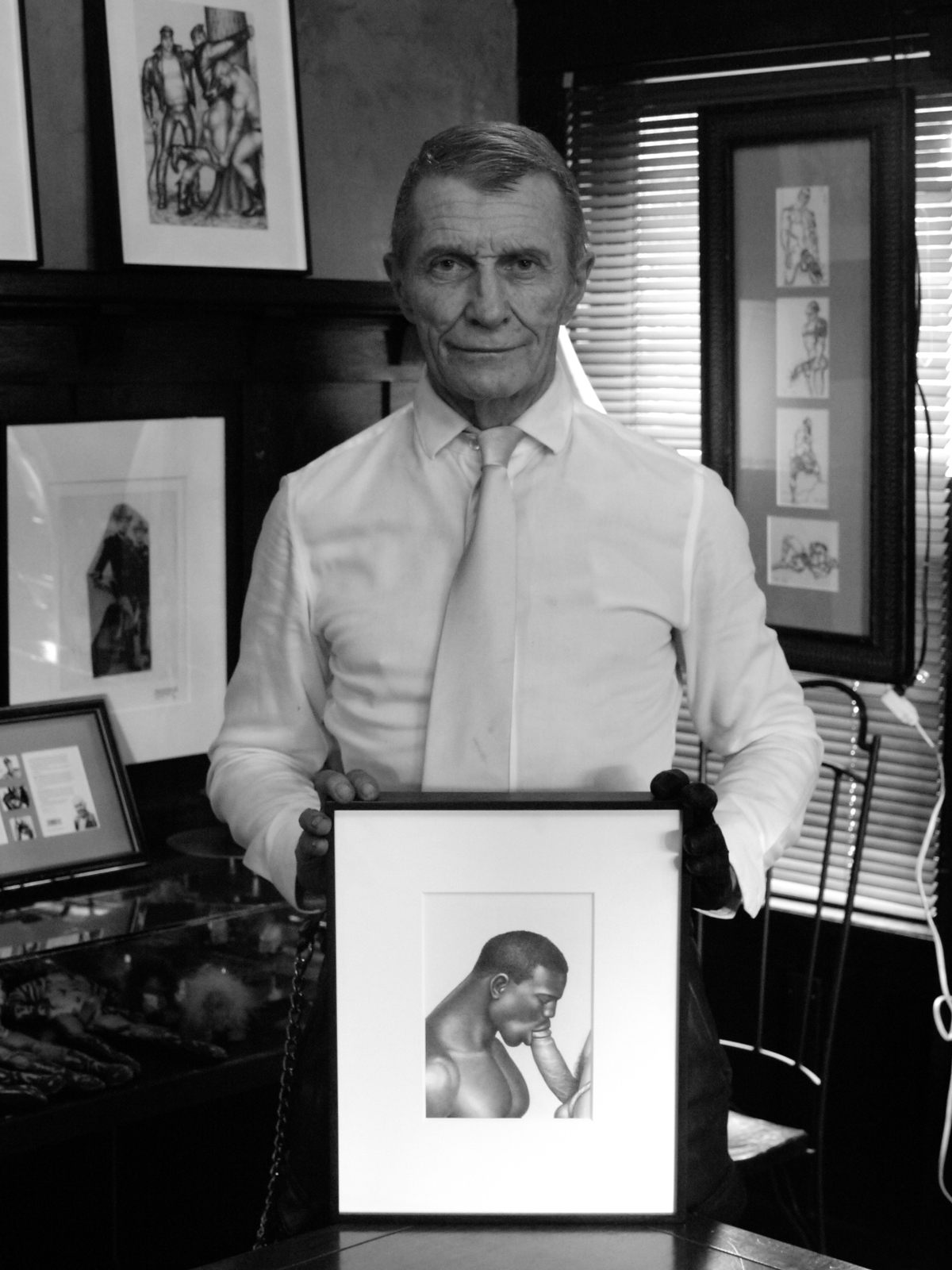 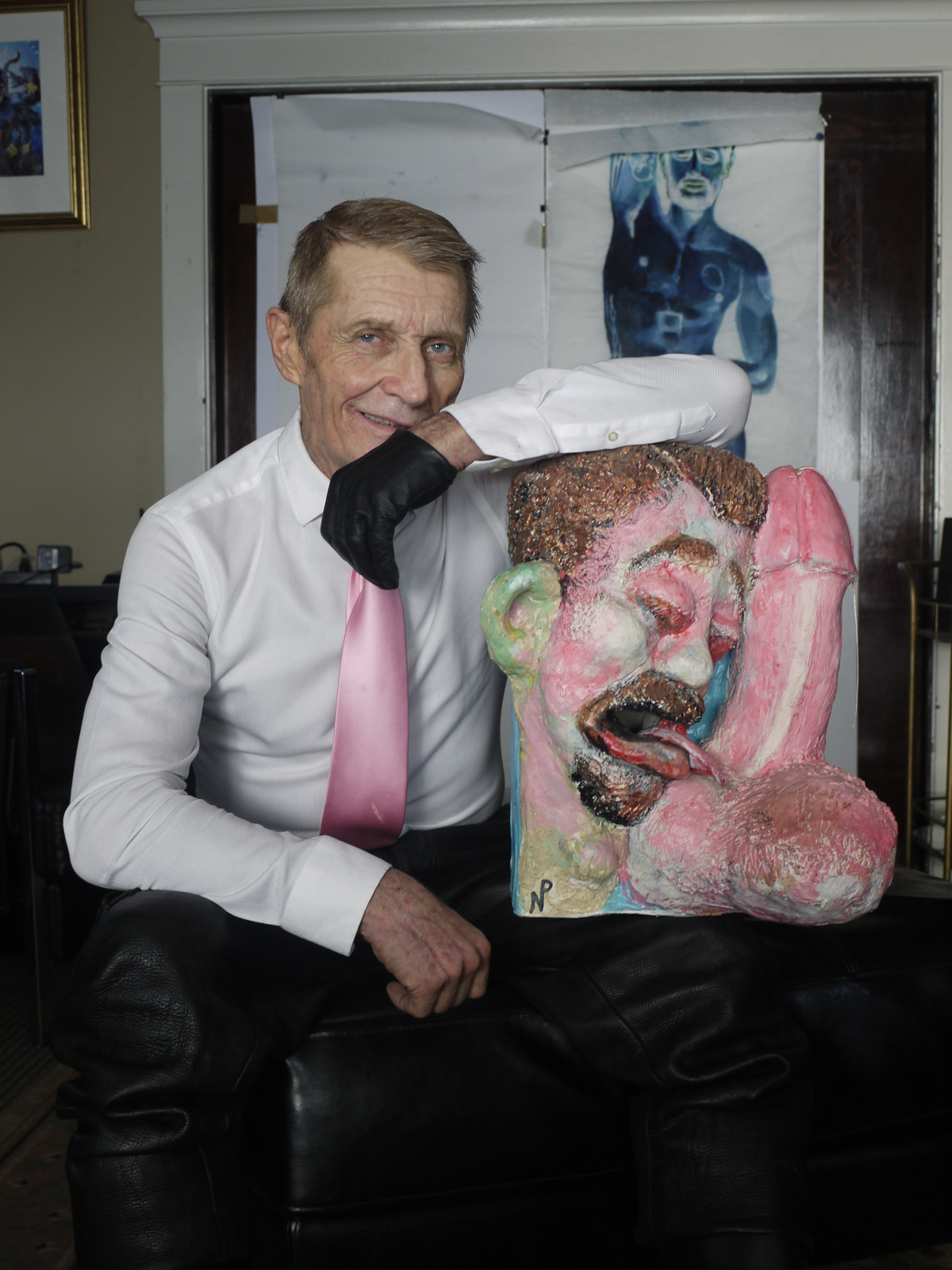 The work that Durk is holding is paper mache sculpture by artist Nick Paul, 2012.

You were able to help build Tom’s career. Can you speak about that? Tom shared his desires and his frustrations, and for areas where he didn’t know what to do with something, I went, “OK, I can help you.” I would do whatever it would take in order to assist him, because it was bigger than me. I felt he was so important in the world, for all of us, so I started to come up with things he needed. I observed what his needs were, then I found ways to fulfill those for him . . . with him.

Like what? He needed more venues to show his work in order to sell it. He needed assistance with pirating because pirating was really damaging and took money out of his hands. So we came up with our own publishing firm. I’d never been involved with any of that, but see, when you want to do something for someone else, you don’t see the roadblocks. I only had to deal with fulfilling something for someone else; in the process, I actually fulfilled myself, too.

What do you think the effect of the work has been? Tom’s whole thing was to make these drawings speak for themselves, with a voice to really nurture and encourage fellow homosexuals to be proud and to be free. As he would say, “I didn’t sit down to think all this out carefully, but I knew — right from the start — that my men were going to be proud and happy men!”

All of us are artists. Oftentimes, people will narrow the definition of artist down to a very specific thing. Being gay immediately gives you the endorsement that you are artistic. You just have to find the vehicle to express that.

As members of the LGBTQ community, how do we evolve with the times and stay relevant? We’re so fortunate not to be straight. We didn’t have to fall in line with society’s patterning. We were the outsiders, the odd ones out. We didn’t fit in, so we had the freedom to develop without all that baggage. Of course, straights are envious — so much so that they don’t want us to stay free the way we have been. If you’re part of the fit-in group, I want you to pay attention, really watch and try to see how your nature is. If you’re shutting down parts of yourself, now is the time to rectify that.

Tom and I identified as gay. We felt it was a good term to describe us as a people, so I am very pleased to give an interview to a journal that identifies itself as GAYLETTER.

What is the mission behind the Tom of Finland Foundation? When Tom and I formed this foundation, we wanted to protect, preserve and promote our culture. We felt that if we could encourage the integration of sexuality in life, the way we are naturally, then society would be more tolerant of us. We know — I mean the big “we” — that it is a better world when we do that.

Everyone who enters this house knows it’s something special. Why do you think that is? There are very few places in the world that we can call our own as homosexuals. This house is a gold mine; it is a resource beyond what you can imagine. All of the hundreds of artists who have contributed, who have given their art, that is what’s stowed here. By continuing to give our own creativity, we are choosing to be part of something bigger. We deserve to have a place that validates who we are and nurtures us. That is what TOM House is all about. This place is for us.

What do you envision for the future of TOM House and the foundation? The city of Los Angeles has now honored Tom of Finland and our community by designating this property as a Historic-Cultural Monument. It is a mecca that celebrates the beauty of our homosexual desires. The task at hand is to nourish it, to make sure it sustains itself, because it sustains our identity. 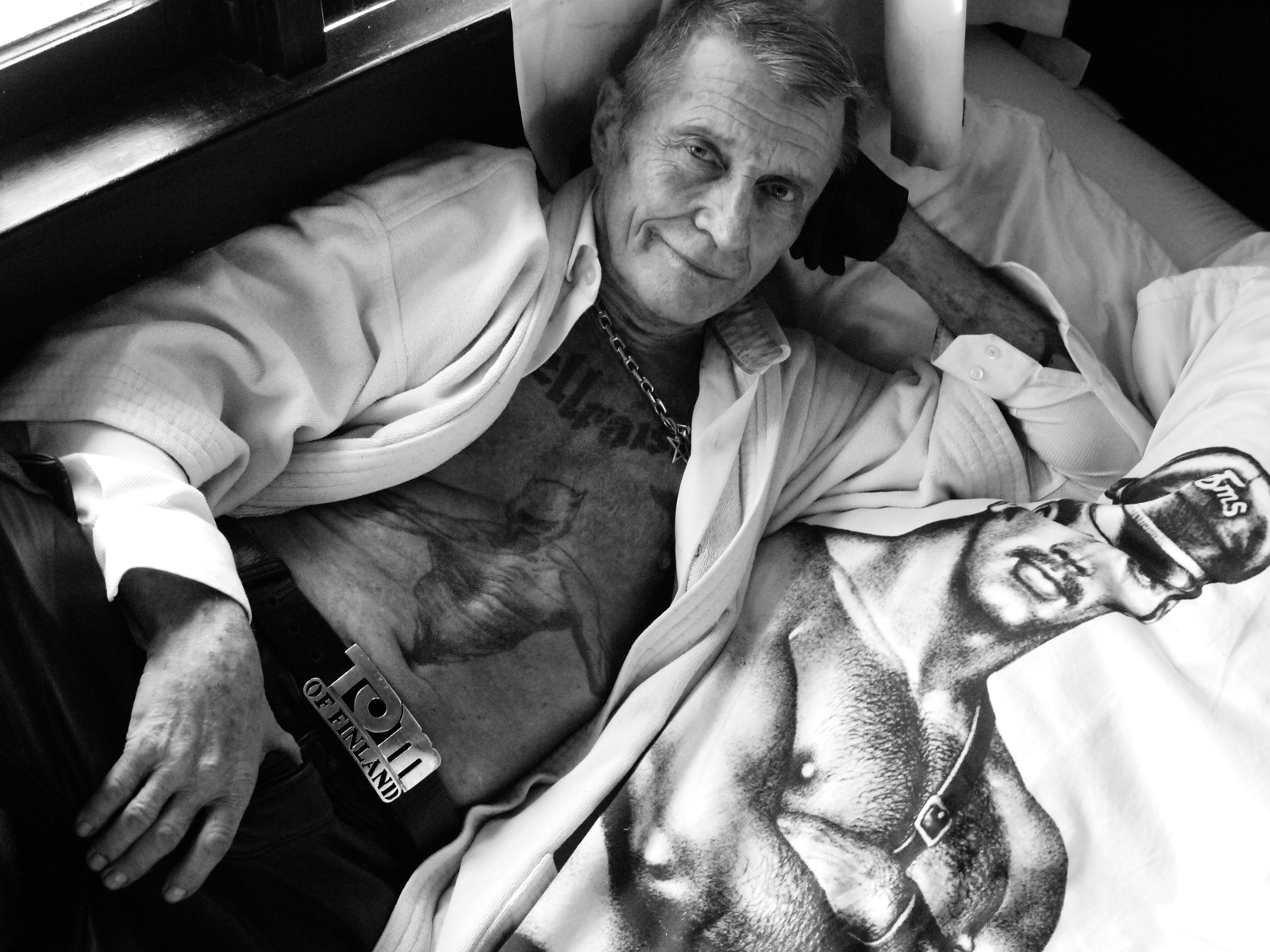 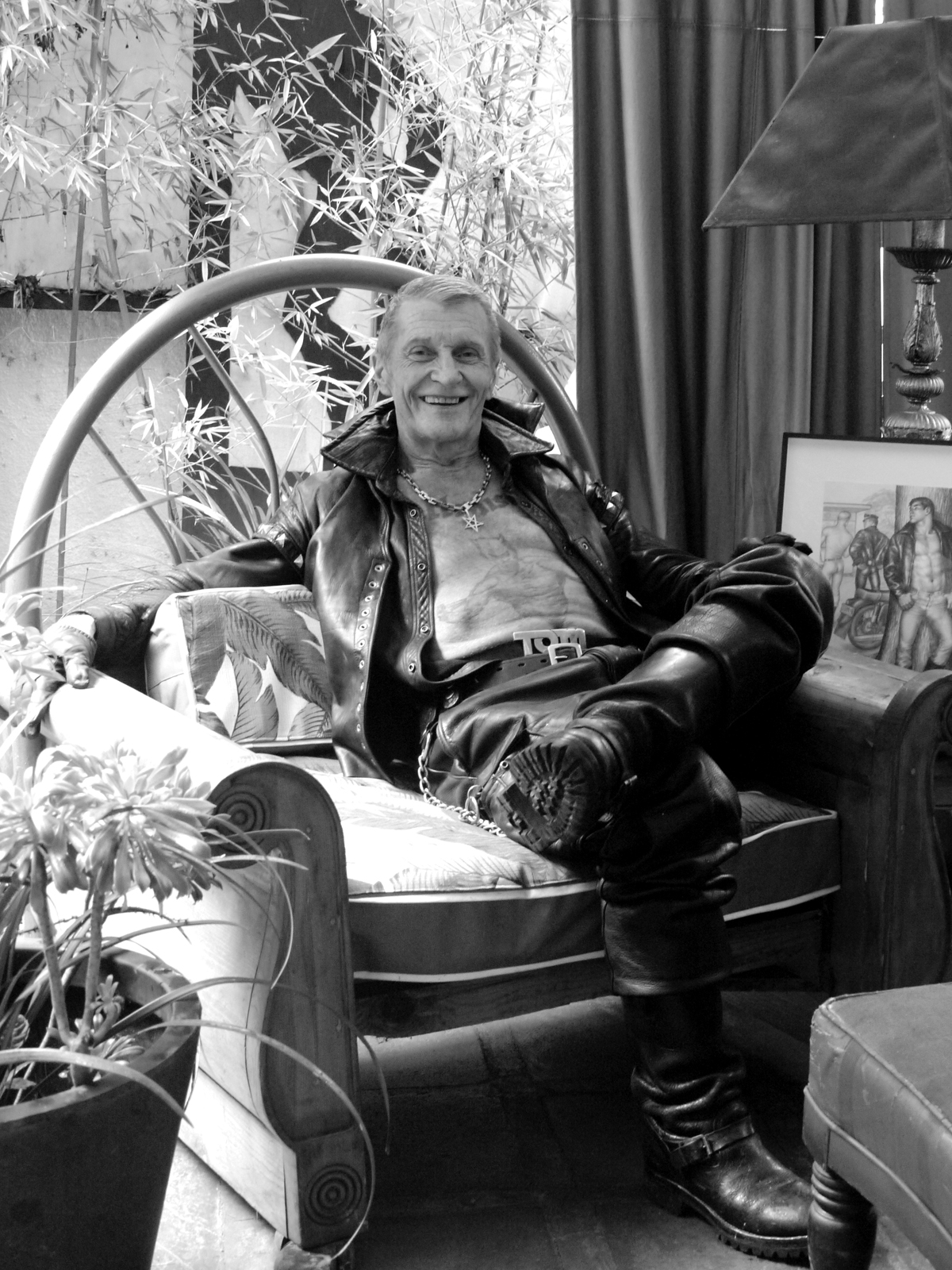 To see the rest of the feature get a copy of GAYLETTER Issue 6 here.