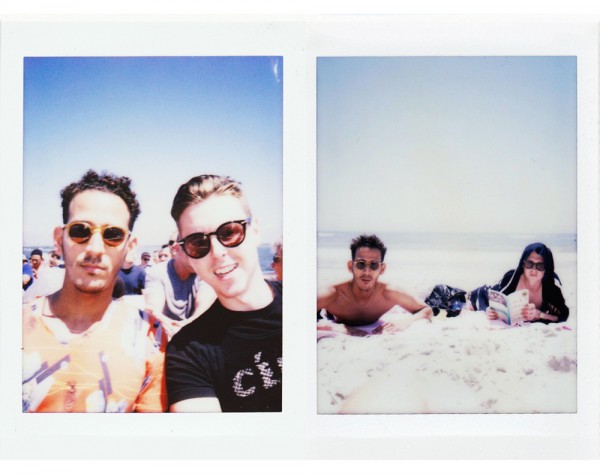 From left: On the Ferry to the Island; sunbathing on the beach. Photography by GAYLETTER

An adventure to one of the world's gayest islands.

Last year we were terribly under-prepared and found ourselves stuck in the hot city while everyone was going to the beach in Fire Island. We decided to say ‘fuck it’ and just head up there and see what we could make happen. Here’s what we did.

No trip to Fire Island, New York’s homo-away-from-home, is completely free. The trick we’re going to give you is one of the oldest in the book, but it’s a good one. Basically you are going to have to pay for your transportation, and you may have to buy a drink or two, but that should be about it.

First up, here’s the rule for going to Fire Island without a place to stay: if you’re comfortable sleeping on the beach as a last resort, then everything will be OK, but you shouldn’t have to. First, pick a weekend when people you know will be there. You don’t have to know them well, you just have to know them. Send them a message that you’ll be on the island beforehand and then when you arrive send another. Catch up with them, be friendly, and make an effort. People are more welcoming in Fire Island because they’re in vacation mood.

The trick is to not tell them you have no where to stay at first. Wait until you’ve been hanging out for a while. I’ve never been to a house in Fire Island that didn’t have a couch, and if you and your friends go out for the night, and you don’t meet a dude to go home with (that’s really the golden ticket), there’s a pretty high chance they’ll let you sleep on it. And if not there’s always the beach, as I said, if you can put up with a sandy night’s sleep under the stars, then you’ve really got nothing to lose.

I know this might seem like an obvious trick, but it really works. Below are a few photos from our last trip to the island. We ended up sleeping on a cramped old couch but we had no complaints. Abi even managed to score another night’s stay. It was better than being in the stinky city for another hot weekend that’s for damn sure. 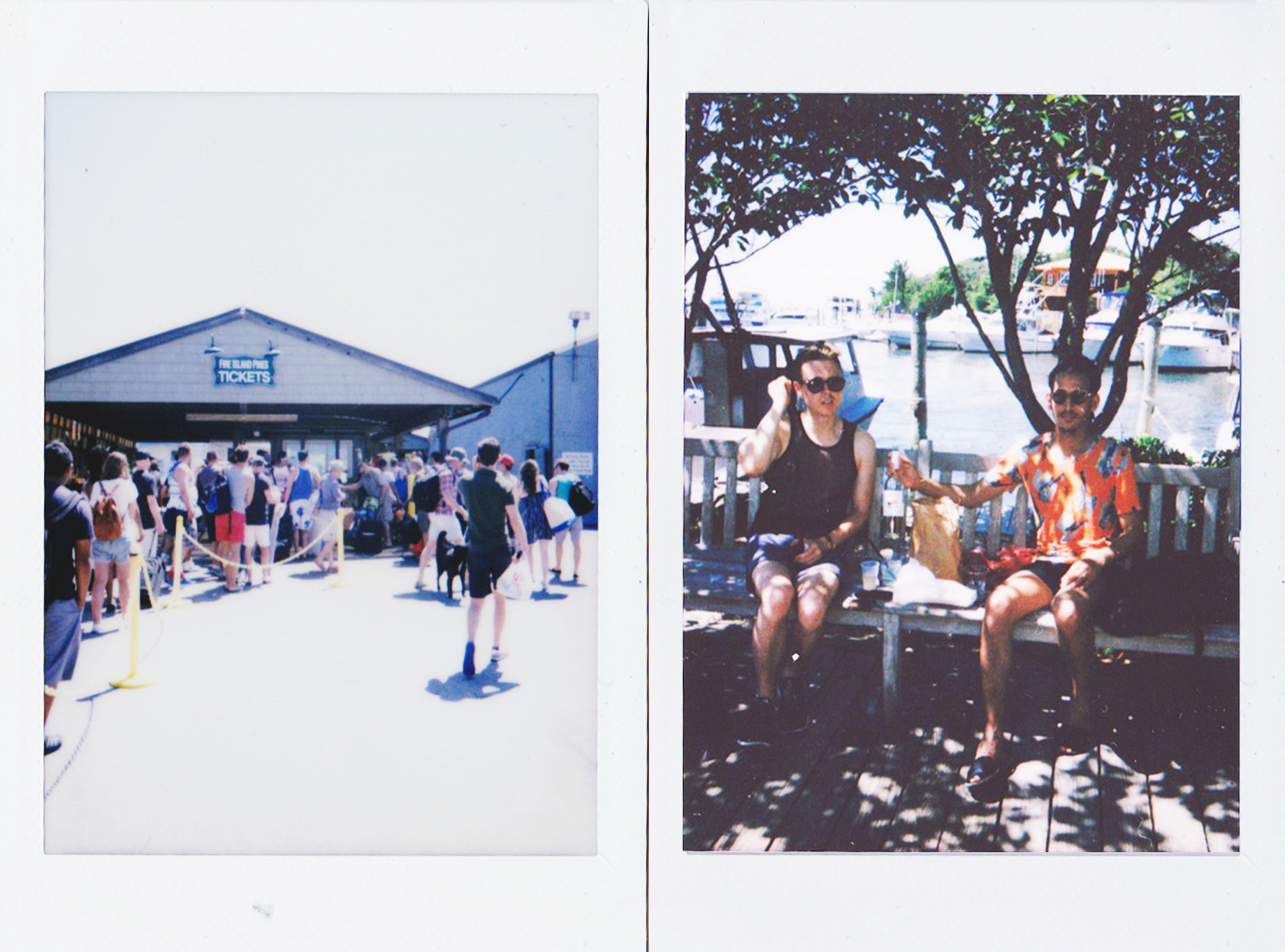 Left: check out the crowd of homosexuals waiting in line to take the ferry from Sayville. Right: once we arrived we decided to eat our sandwiches and open a bottle of wine that we brought with us — having a little party while we figured out what to do next… Most people were ignoring us, others told us that we could get a ticket from drinking in that area… Some of the queens didn’t understand that bench was our accomodation for the moment. 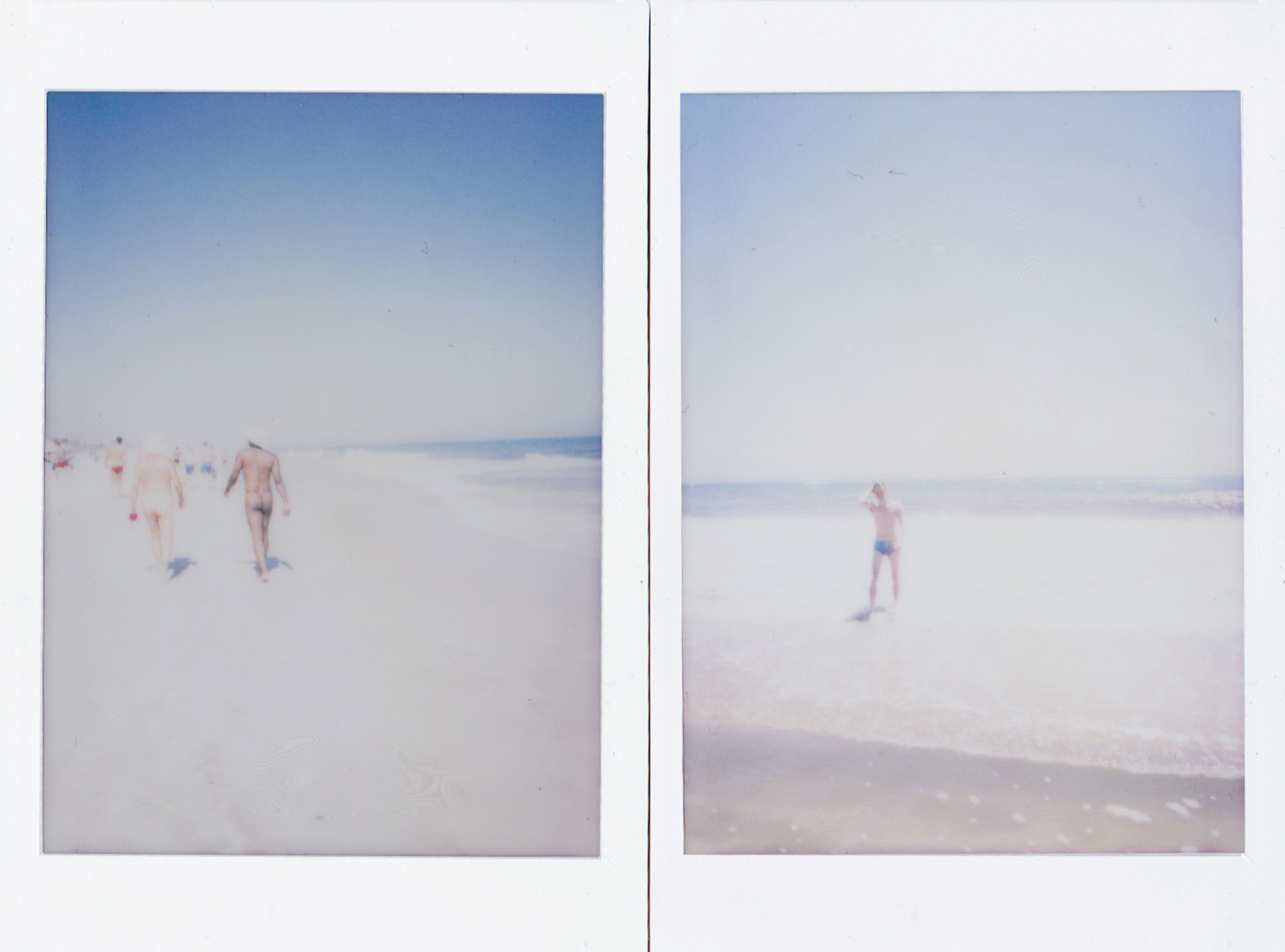 Left: The great thing about FI is that you are always going to find people comfortable being naked, it’s so refreshing. Right: Me swimming in the cold water because I have this weird Australian rule that if I go to the beach I have to get in. 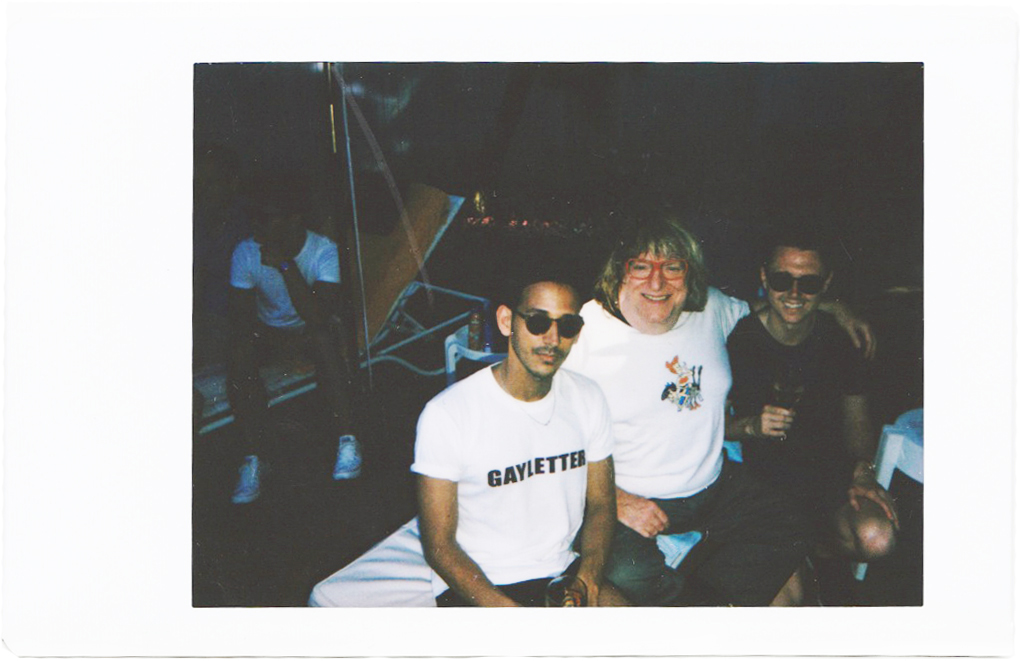 Later on we arrived at this party and we got to hang out with Bruce Vilanch — and of course Abi had to do a little bit of self promotion wearing our lovely GAYLETTER t-shirt. It was a great conversation starter. Later on we were the first people to get in the pool, well second technically behind this young boy with a hot body — he was obviously looking to get attention and a sugar daddy. 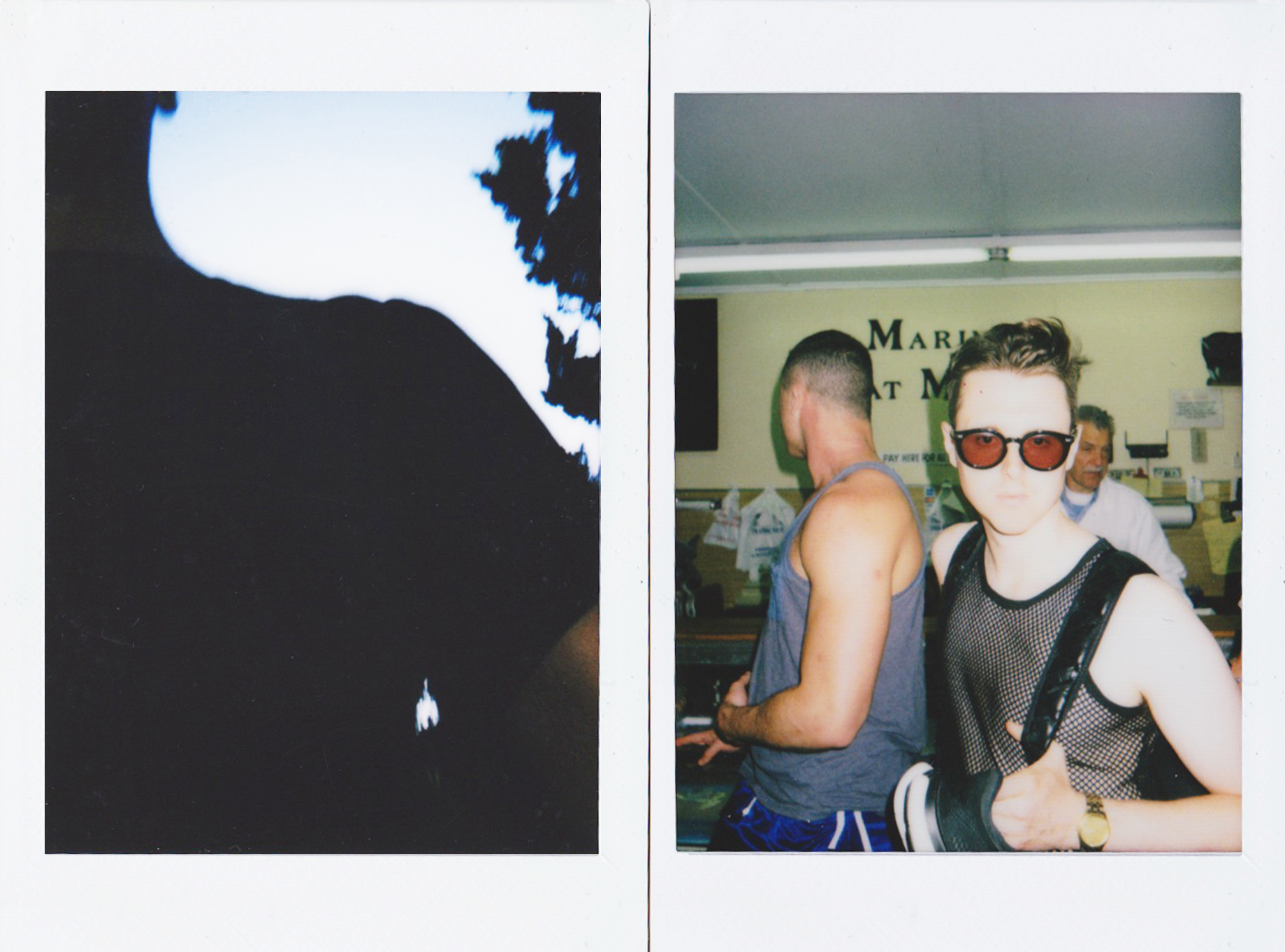 Left: We got drunk and of course we found a way to stay for the night. Right: Tom getting some food at the very limited supermarket. Bring your own food to Fire Island, that supermarket is terrible, and soooo over-priced.

Free-ish, Fire Island Pines (Pines houses are much nicer than the ones in Cherry Grove, not that you’re in a position to be picky).