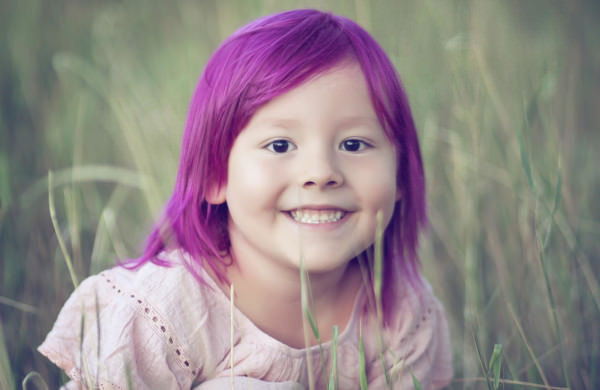 The documentary follows the nation's most public trans-children's rights debate

Growing Up Coy is a new documentary that follows the Mathis family fighting for their transgender daughter’s right to use the girls’ bathroom. The film takes place when Coy is six but her parents have known she was uncomfortable with her assigned gender since she was as young as 18 months. When Coy was stopped from using the girls’ bathroom at school, her parents sprung into action and filed a complaint. In the hopes of educating people and putting a very cute face to the cause, Coy’s parents then chose to go public with the help of the Transgender Legal Defense & Education Fund.

Directed by Eric Juhola and produced and edited by Jeremy Stulberg, the film is not always comfortable or easy to watch. It took a whole two minutes for me to tear up for the first time. As viewers, we see the hateful backlash thrown at both Coy and her parents, as well as the stress that this very public case puts on all members of the family. The movie also deals with the complicated matter of how to handle civil rights cases involving children. Is it okay to subject a six year old to public scrutiny in order to fight for her basic rights? Juhola does a fantastic job of putting the viewer in Coy’s shoes throughout the whole ordeal. We feel elated every time she’s able to play like a “normal” kid, and appropriately awkward as soon as she doesn’t want to do another interview with the press.

Films like Growing Up Coy play an incredibly important role in raising awareness and providing a personal connection to an otherwise distant news story. In Juhola’s words “I don’t believe that human rights can be advanced behind closed doors. Somebody has to take a stand, and the Mathis family were brave enough to do that… we hope by sharing their story that parents, school communities, and lawmakers will have a greater understanding of and compassion for transgender kids and the challenges they face.”

In light of recent events, it’s as important as ever to support all facets of our community but most of all the youngest generation. With naive optimism I can only hope that one day pain and suffering won’t be a given in the narrative of queer lives.

San Francisco: Saturday, June 25th at 11AM at the historic Castro Theater.