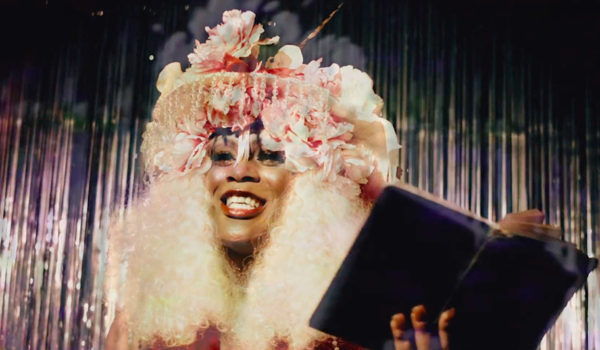 Marsha decides to plan a birthday party for herself, which fails. Instead, she goes to The Stonewall Inn to perform a poem onstage in front of all her friends she’s invited. Marsha, on stage, says she is far from the Saint of Christopher Street, she says it hurts to be awake. Punctuated by dream-like sequences and interrupted by all-too-familiar scuffles with police, Happy Birthday, Marsha!, directed by Reina Gossett and Sasha Wortzel, paints a tender portrait of the legendary activist Marsha P. Johnson.

Throughout the short film, Marsha, played by Mya Taylor (from the critically acclaimed Tangerine) meanderings through daily life are laced with small interview clips of the actual  Marsha P. Johnson. In one of these excerpts, she says she’s always seen as acting “together” in public because it’s “expected.” As an audience, we watch to admire her strength and empathize with the reality of Marsha in late 1960’s New York City.

Although the infamous Stonewall Riots did not in fact happen on the night of Marsha P. Johnson’s birthday, Gosset and Wrotzel chose to fictionalize the timeline, having her birthday and the riot happen in tandem, deepens the emotionality surrounding Marsha’s biography. While the LGBTQ+ community holds Marsha’s “history” as a fearless activist to high esteem, her actual story is, like countless other queer figures in history, unexplored.

Eventually, Marsha’s poem invokes the police raid on Stonewall, led by an officer that has accosted her on the street earlier in the film. She smashes a glass and starts the fight back, which leads to the end of the film with more documentary footage, this time showing the protests for LGBTQ rights that the riots at Stonewall inspired. Happy Birthday, Marsha! reminds us that behind the mask of any great leader, lies someone just like us, someone who has the innate desire to be happy.