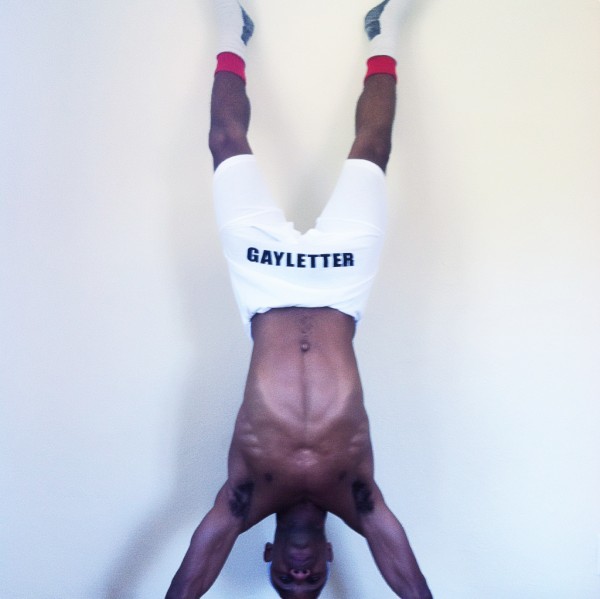 Matty is originally from Indianapolis, but he’s been living in Los Angeles for 10 years. He’s 32 years old and as you can see, he looks way younger. He told us one of his secrets to looking good, “I was always told to moisturize everyday, so I cover myself in coco butter after every shower…” It’s working, look at that skin!  He’s a DJ and vocalist for Pipes — which is his music project. He just wrote a brand new song after a break up last year, “it’s just about lost happiness, in the video it’s just a typical night at the Pipes house — practicing my poses…as the song plays and the hands touch me and I eventually turn to black,    it symbolizes how relationships change you…how people leave their mark on you”

When it comes to the type of boys he likes to date, “I think everyone knows about my obsession with redheads.   I think I’m following every hot redhead guy on Instagram , it’s a little intense . But, I try not to put any limits on who I like, except for Scorpios — that’ll never happen” He’s a Sagittarius and describes them as “the luckiest people in the world and we’re super optimistic…we’re the sign of the eternal bachelor   and it’s not because we’re slutty — it’s because we so want to know EVERYTHING that we can never be satisfied with just one person, it’s hard to get a Sagittarius to settle down.”

He goes to the gym about 4 times a week, as part of his workout routine he runs “anywhere from 25-40 miles a week. Usually before work and then I’ve been doing Crossfit for about a year now.”  He feels very sexy when he wears leather and mesh, “if it’s not sheer it should be leather.” His idea of a sexy date… “I like dates that feel like many mini-dates. Dinner, movie, art show, club, after-party, sunrise on the beach.” Because he lives in one of the warmer cities in America he goes to bed “in the buff, au natural.” Some of the things that make him happy are when he’s surrounded with people that inspire him, also “the sore feeling after the gym, a call with my grandmother,    a text from a crush.   Oh, and clothes —   A good outfit could have me smiling for days.”

We asked Matty to take a few selfies wearing our GAYLETTER t-shirt, he got very creative with it — we love it! 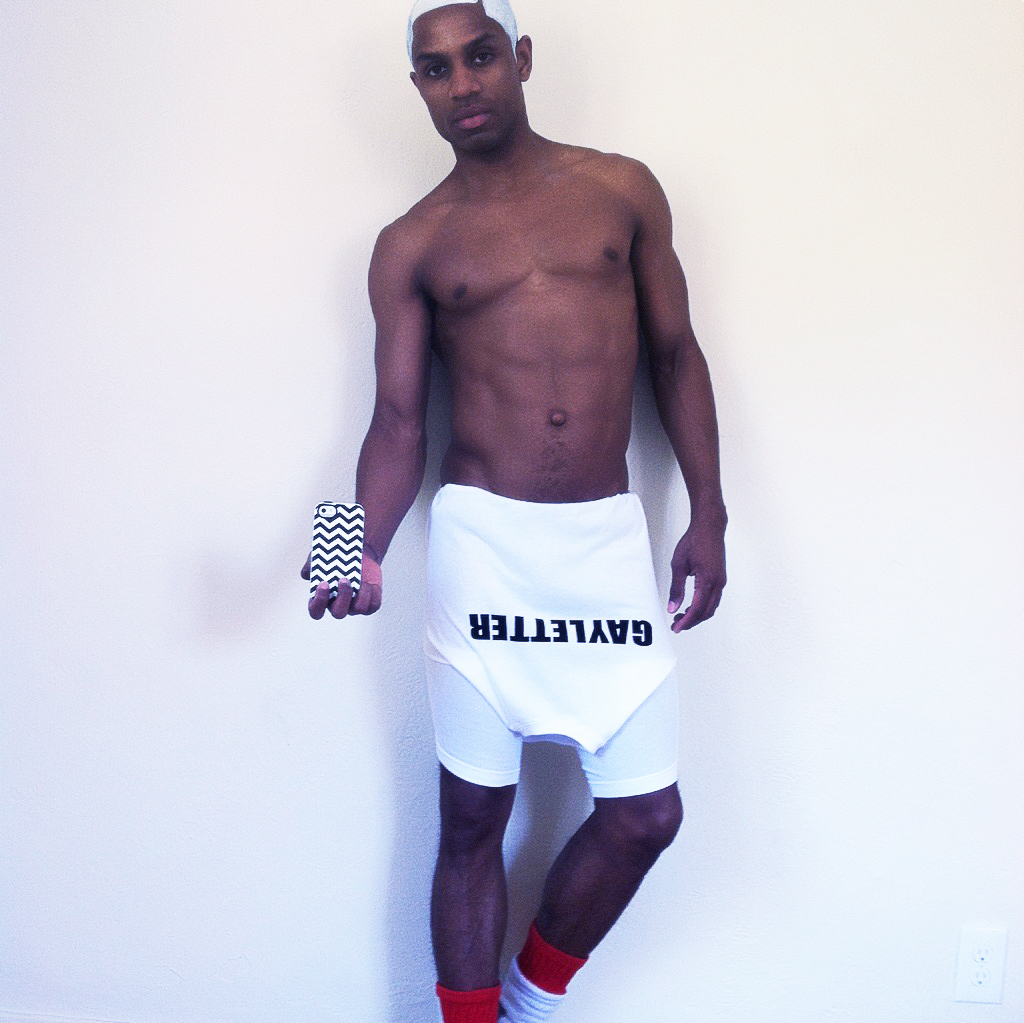 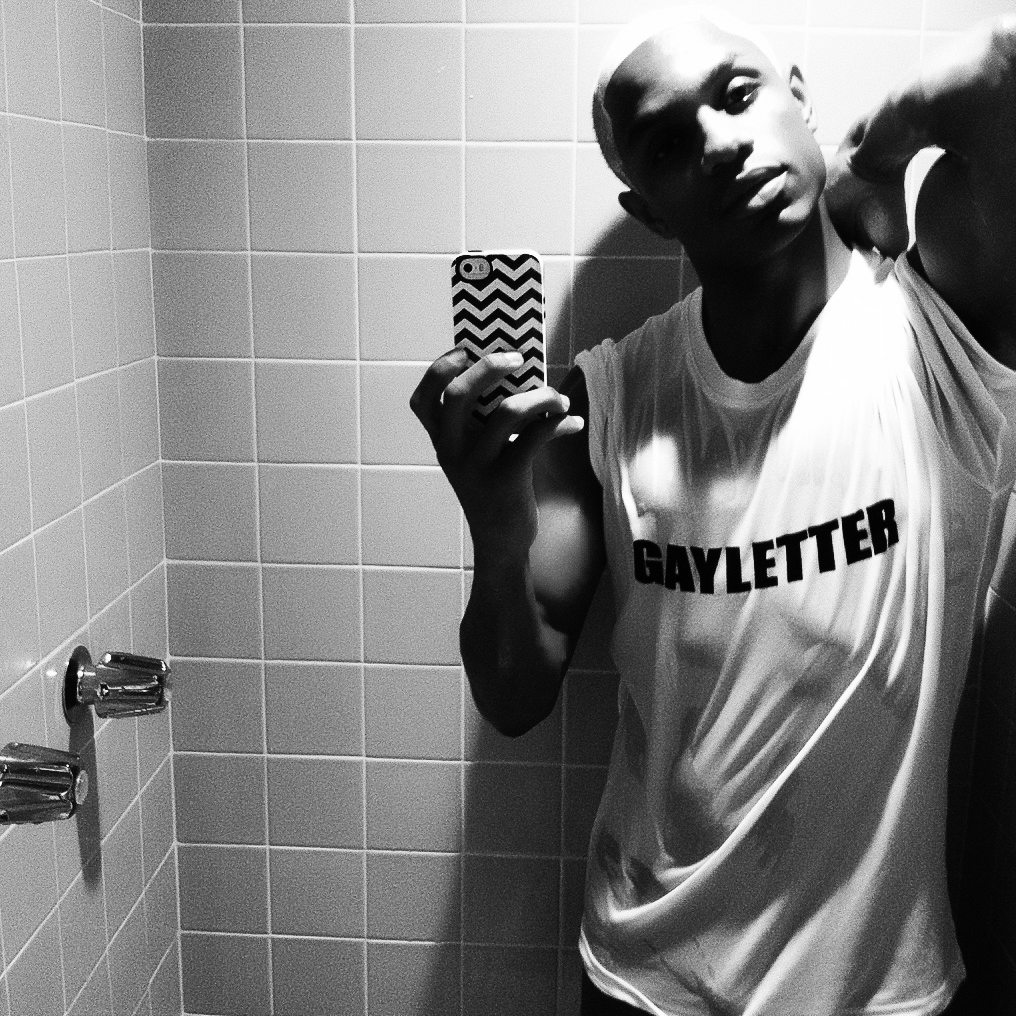 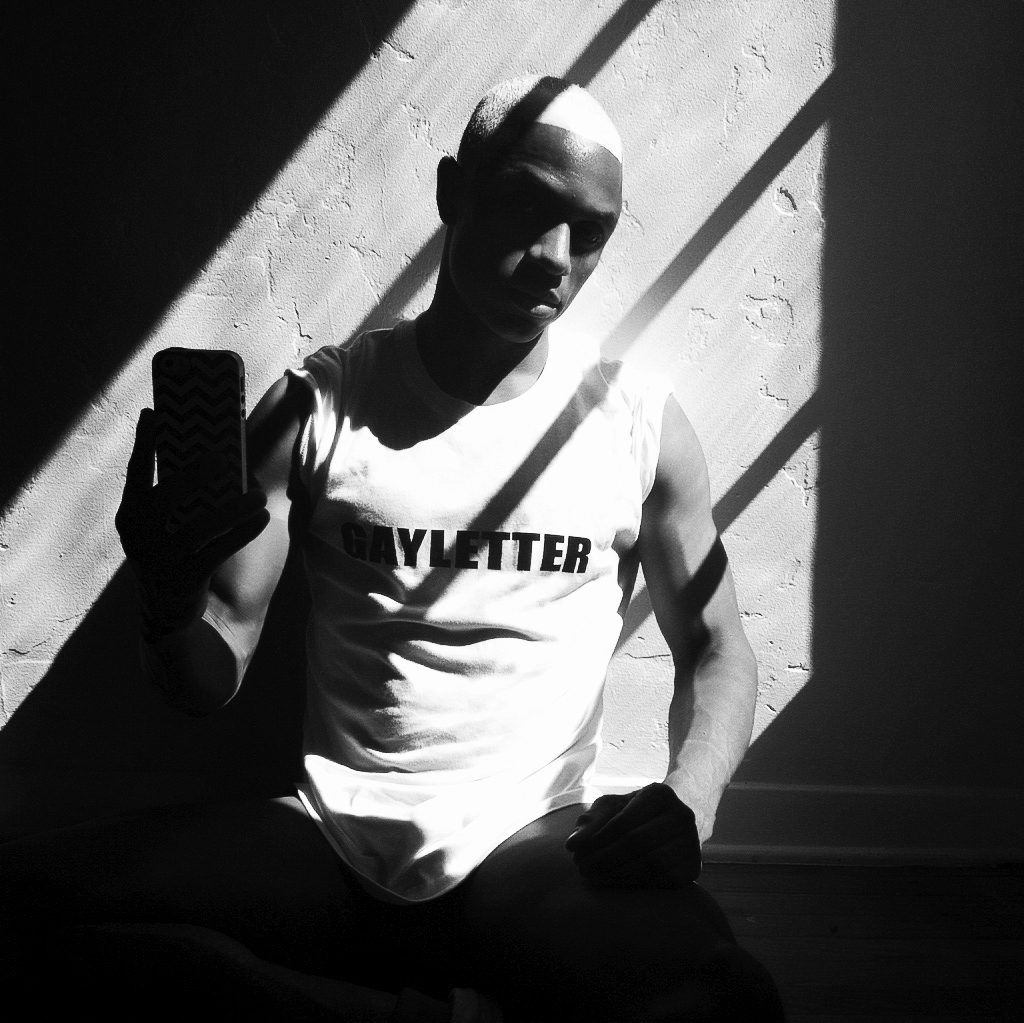 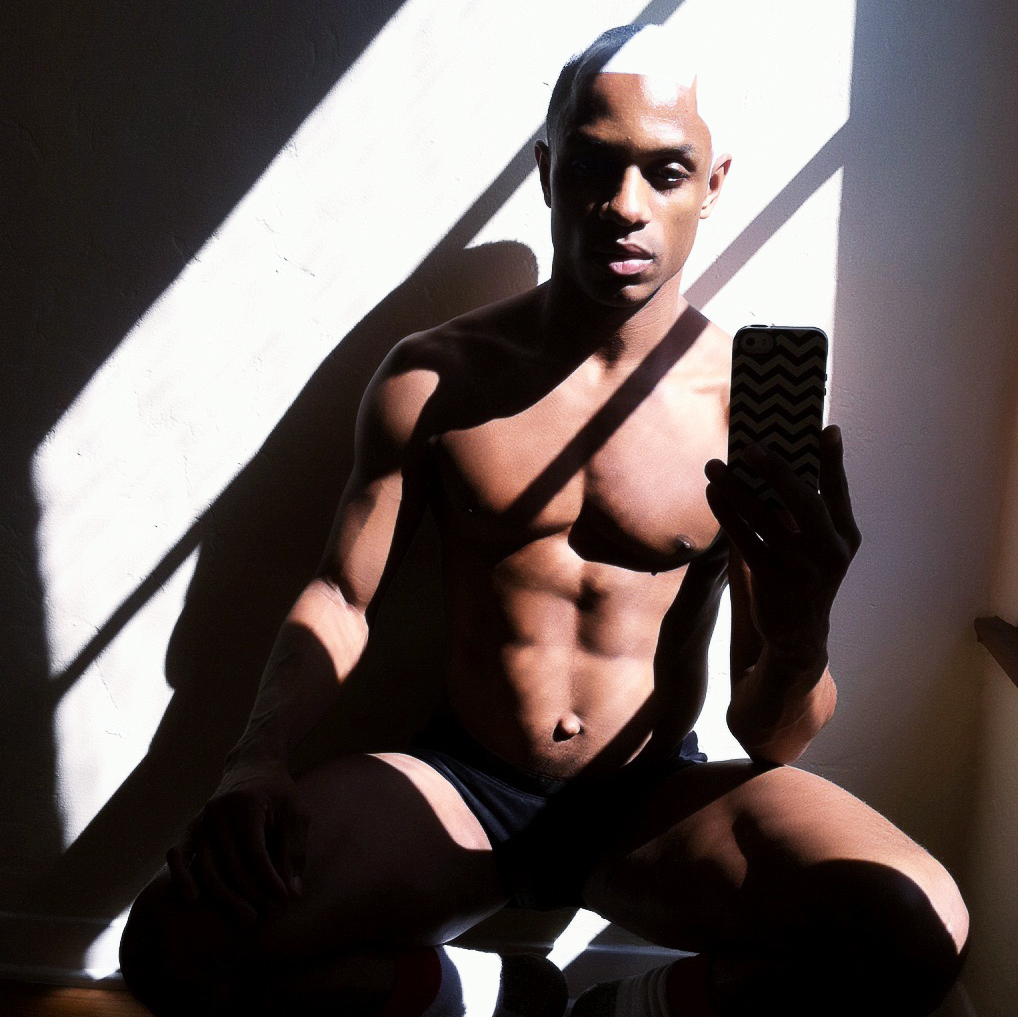 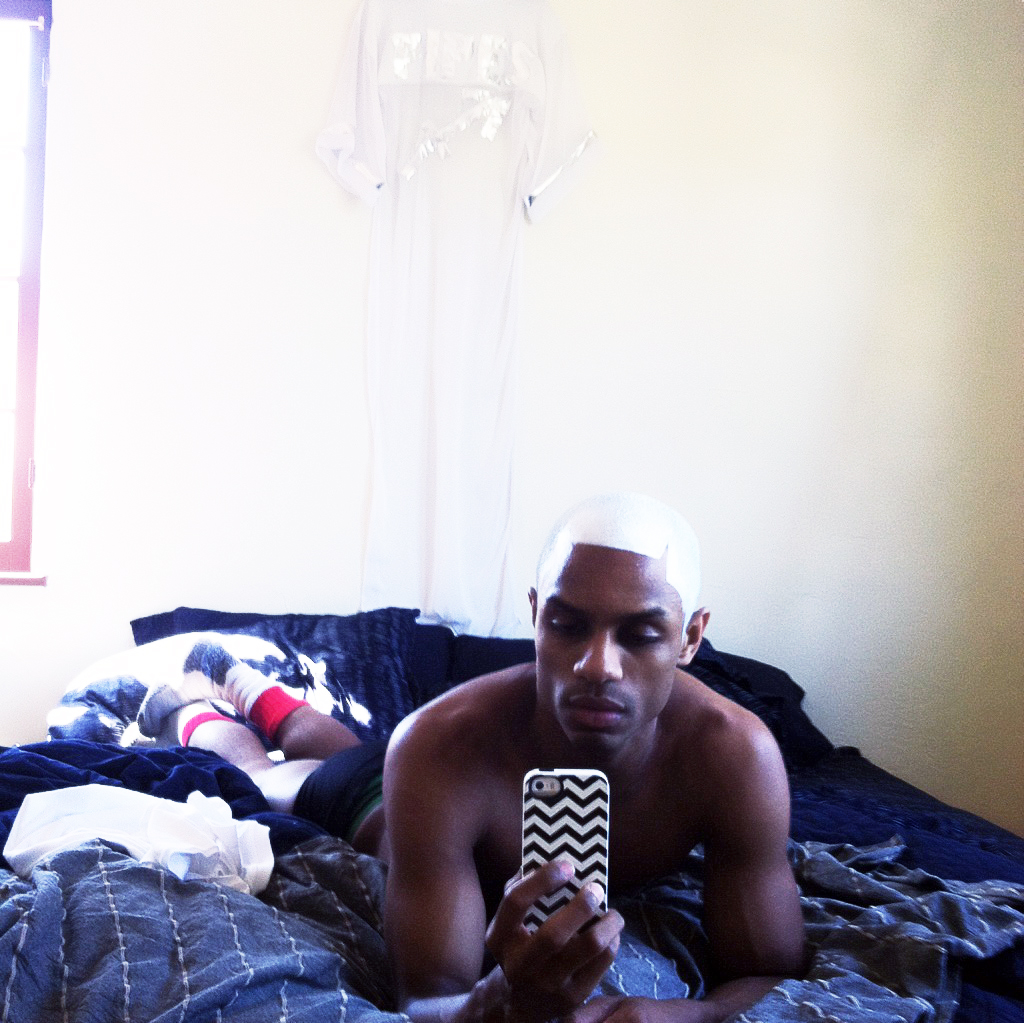