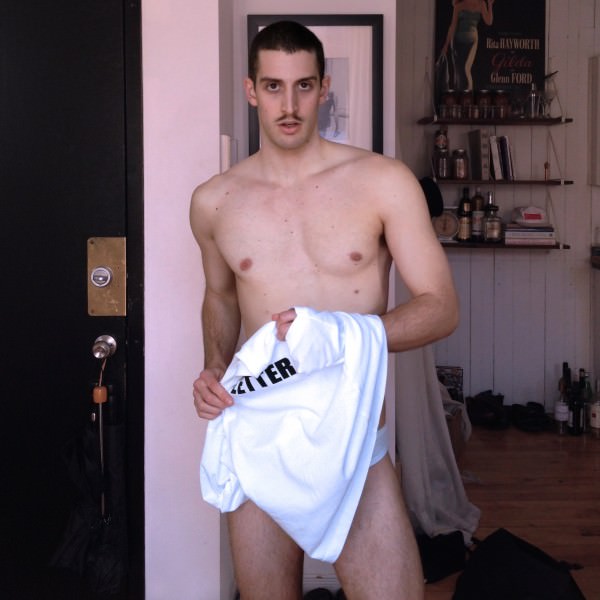 Mike is a 27 year old (he made a deal with himself to tell everyone that he’s 32) artist from Toronto. He grew up in Windsor, across the river from Detroit. Since 2011 he has lived in Montreal. He went to Graphic Design school and is a very talented illustrator and also an Instagram god. Yes his Instagram is Beyonce! The first time he had sex was when he was 18 and it was with a girl. He liked it, but it confused him a little… “I just love sex, and get turned on by girls too so I just enjoyed it, I never really had crushes on boys when I was younger, but knew I found them attractive and then the whole liking girls sexually confused me even if I knew I was interested in men.” In that same year he tried it with a boy. “Emotionally I only connect on a romantic level with guys…Sex is always better if there’s a bit of emotion.”

He’s single and his idea of a perfect date “would be a hangout that we don’t want to end so it just keeps evolving into different adventures.” He likes “someone funny, first, cute and smart.  I don’t think I have a type, but if I look at my past it seems I like baby-faced boys .” He doesn’t have age preferences, but he mostly dates young people. His drink of choice is “vodka, straight up, no ice, just a chase of water.”

His beauty routine: “I go to the gym and just moisturize — I don’t even use soap to wash my face. ” His favorite body part on a man is “the butt.. it’s generic but thats what I like,  also nipples .” And “earlobes, but thats not sexual. They are soft!” “I like butts because I’m very tactile   and its a good place to hold and steer at the same time  .” On his body he loves his nose, “I like how big and distinctive it is…” On what makes him happy, “The easiest way to make me happy is anything Beyoncé , but also being cosy…and my friends…and lasagna.” When it’s time for him to go to bed he wears underwear in the Winter and sleeps nude in the Summer. Fair enough.

We asked Mike to take some photos wearing our classic GAYLETTER t-shirt, and some shirtless… 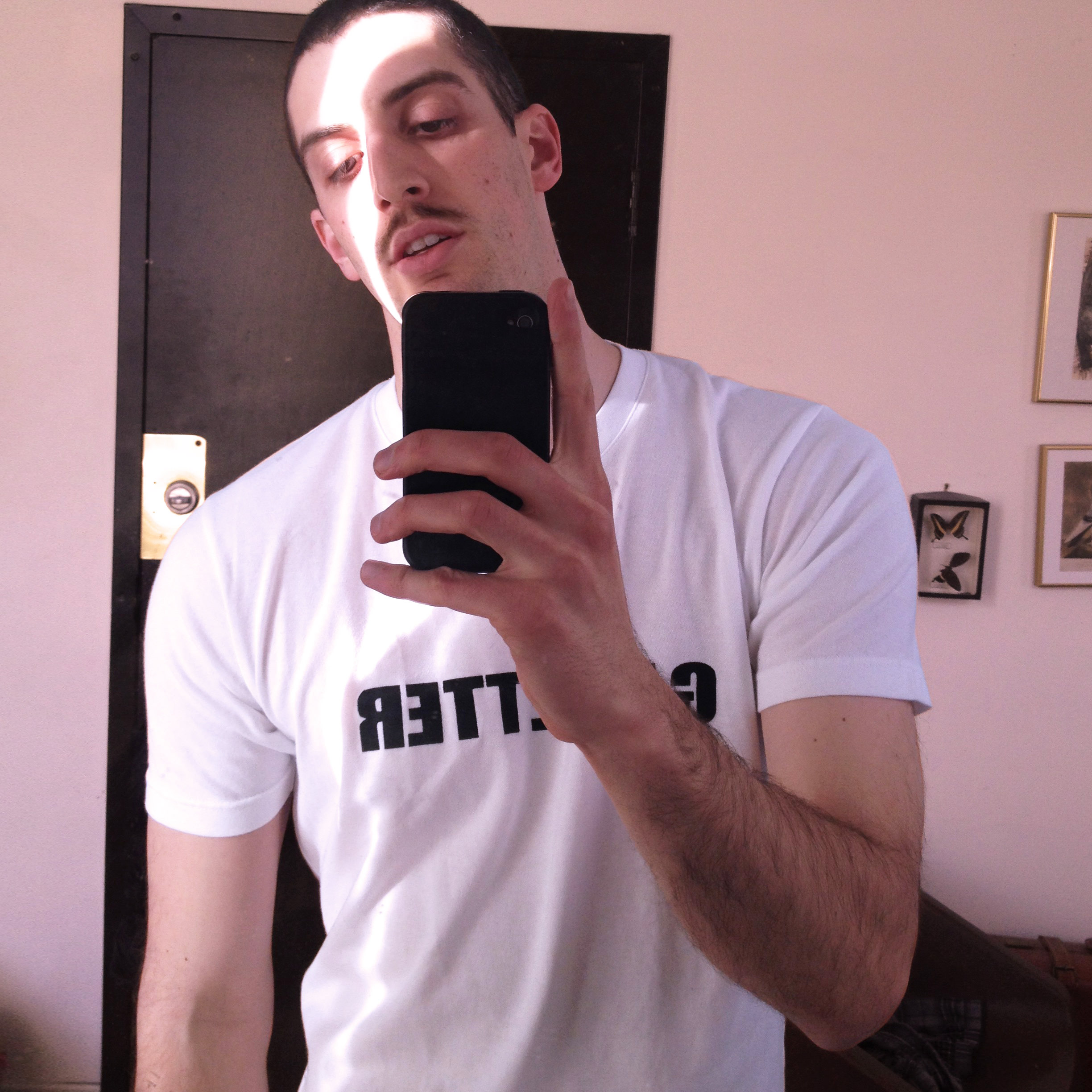 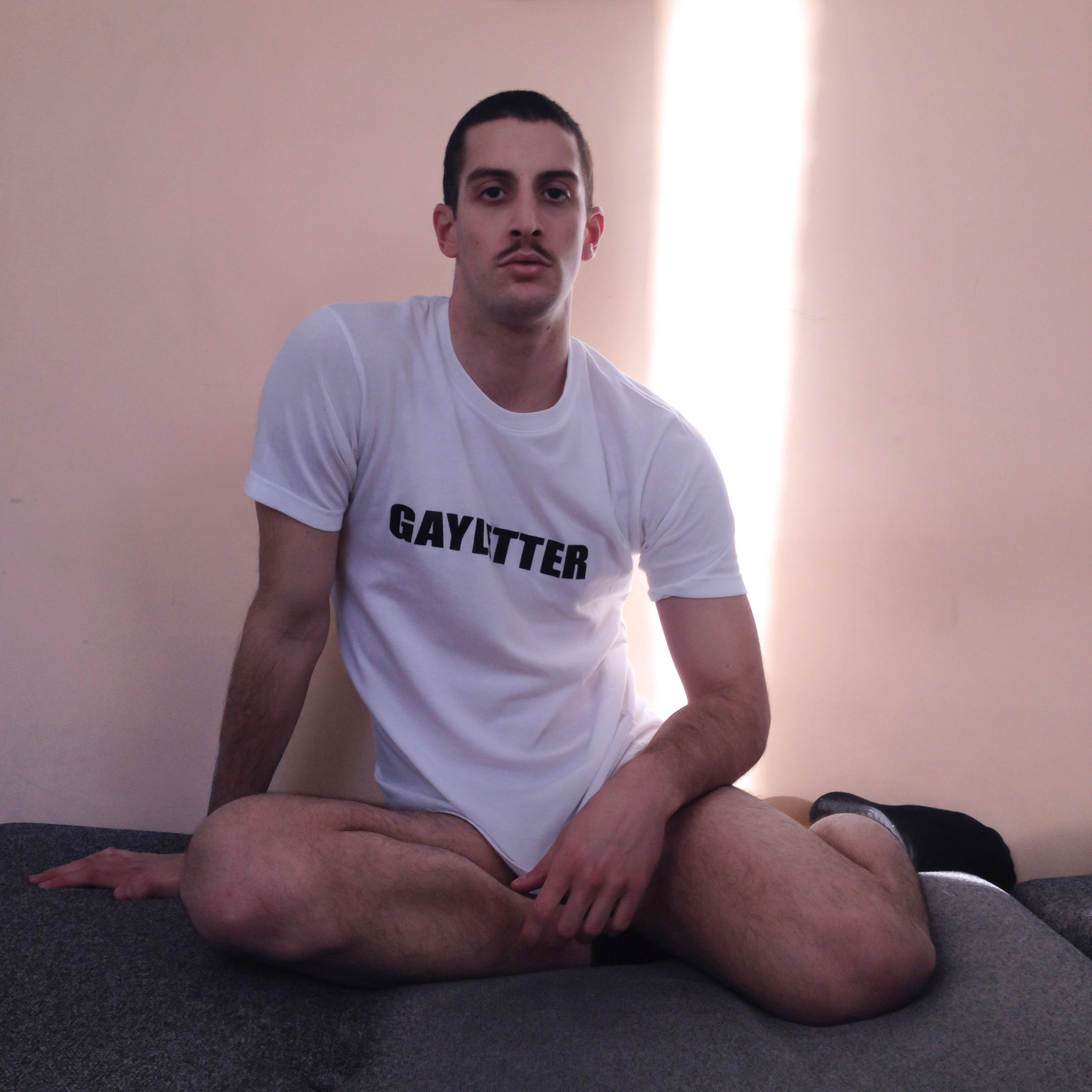 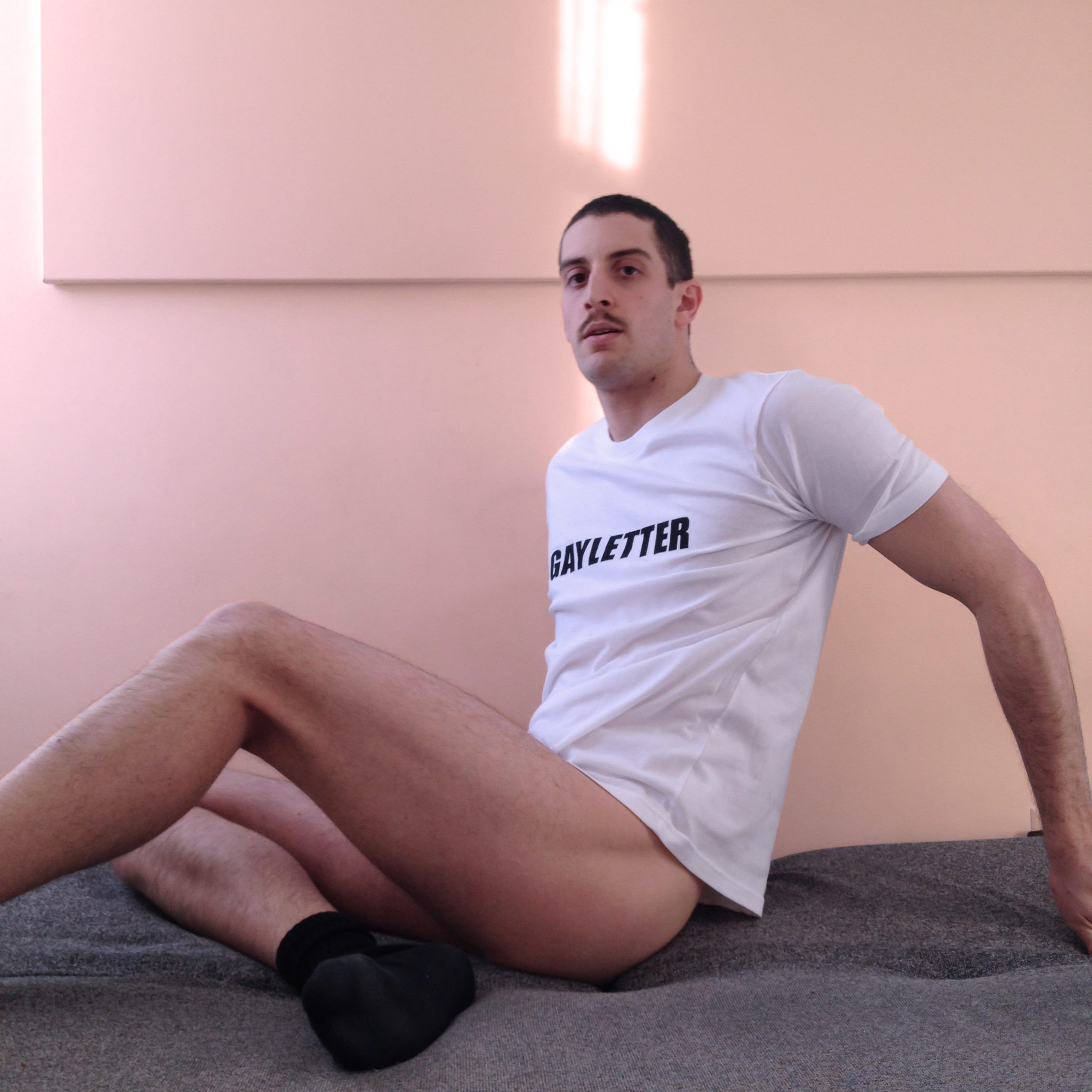 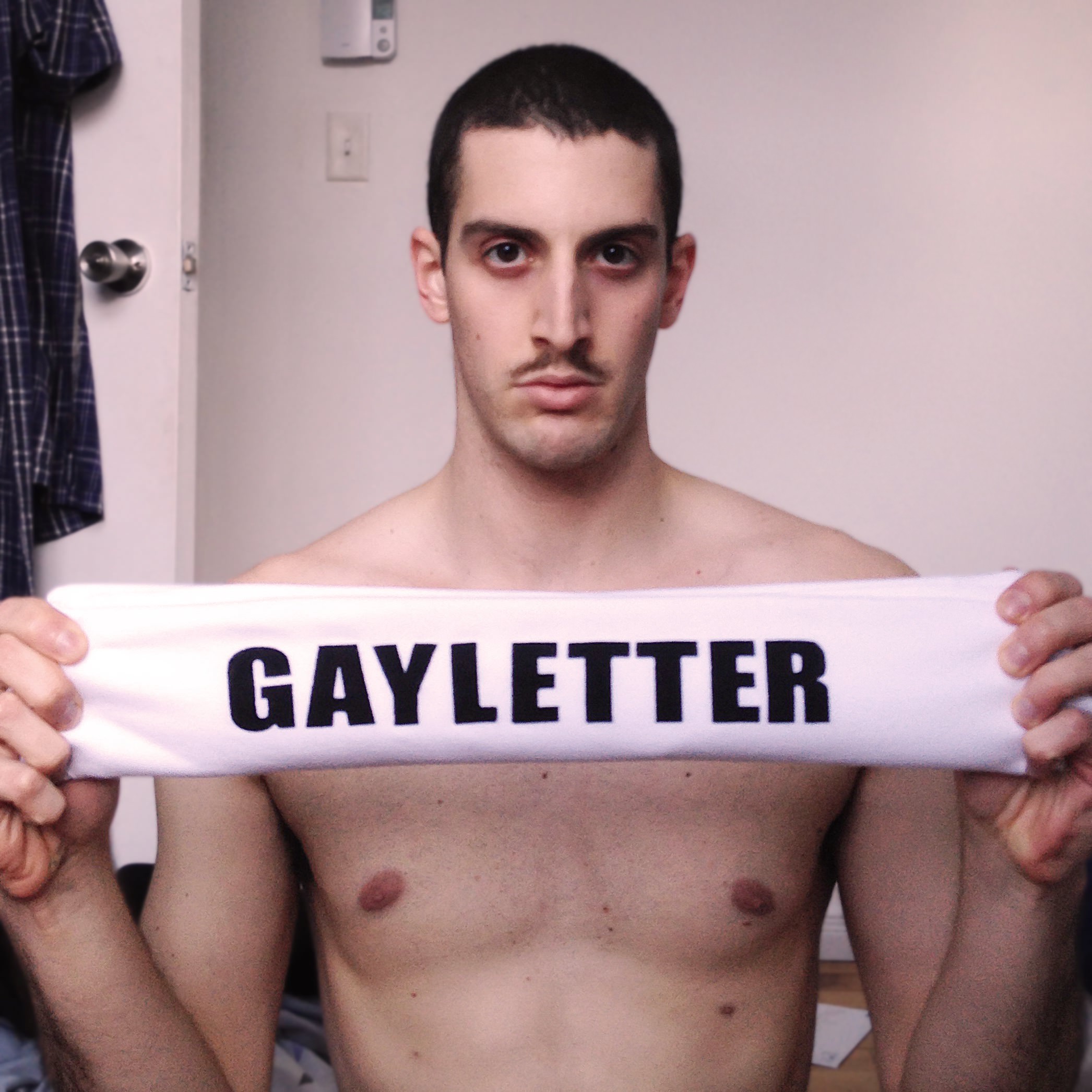 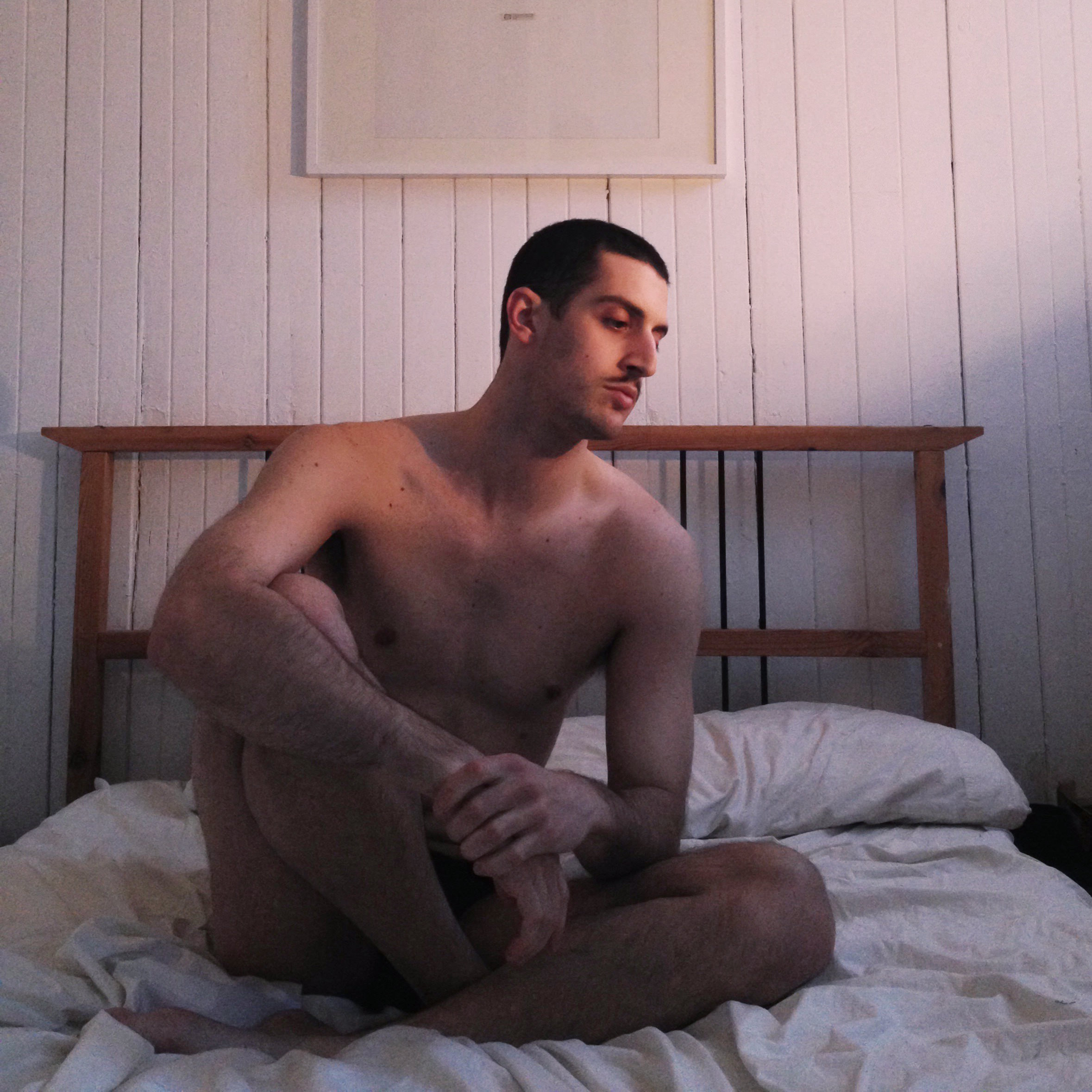