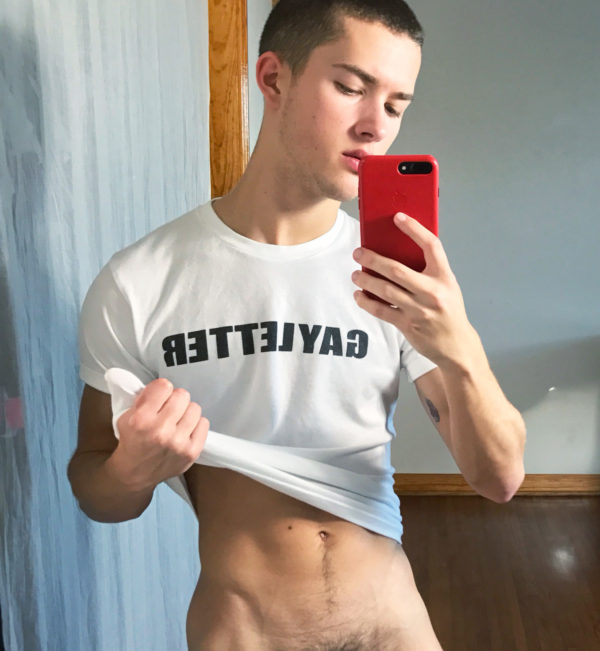 Sean is a 21-year-old hot little number from Little Rock, Arkansas — aka GlitterRock (“an escape from stupid conservative Republican Arkansas”). Sean first learned what it is to be gay when he was 6 or 7 years old. “I remember seeing news about the marriage equality fights that were happening in some states back then and I asked my parents about gay people. They’re super liberal so they didn’t say anything negative….I didn’t actually know I was gay until 11 or 12. I figured it out how most people do… I had feelings for a boy in school. And feelings for Justin Bieber. Actually, Justin was probably who made me realize I was gay. I know he’s super problematic sometimes but I still think he’s hot…but like such a douche too.” Bieber can get it!

Sean lost his virginity when he was a freshman in college. “It wasn’t a boyfriend. Just some guy I met at a little campus pride parade that like 20 people went to. It was the first gay thing that I went to. He approached me and then we met a couple times and eventually had sex… Shortly after that, I came out to everyone in my life and made queer friends who opened my eyes to beautiful things that really saved me from my depression.” His first romantic experience went all but swimmingly. “I was super naïve and thought it was serious and fell madly in love (and obsession) with this person and they broke up with me after like a month. I’m depressive and obsessive and they were also a very depressive person and I think we were just too much for each other. I used to think I would be alone forever but I’ve found my tribe and my light. It’s no exaggeration to say my House — The House of Avalon — really saved my life.”

Sean’s favorite part of a guy is his dick. (I mean, whose isn’t?) but “a cute face is important.” We agree, Sean. We agree. Despite his body looking like the snack to end all snacks, Sean exercises about 3 times a week. He says he needs to exercise more but honestly, it’s all good. We asked him what he wears to bed and he said, “Not a damn thing.” Well, if you ever need a place to sleep, just let us know! On the topic of things involving a bed, Sean has never been with a girl, but he says that he “had the strangest dream last night where I was sexual with Ivanka Trump of all people. It freaked me out.” So, sorry that happened to you, Sean. Seriously, Ivanka? Ew!

“I’m not a size queen, but I prefer a decent dick, ass, cute face. Masc, fem, I don’t care. White, black, whatever, I don’t care.” At GAYLETTER, we’re equal opportunity lovers and we’re glad you are too, Sean. We sent Sean a GAYLETTER classic t-shirt and asked him to take some selfies in, and out, of the t-shirt. Thoughts? 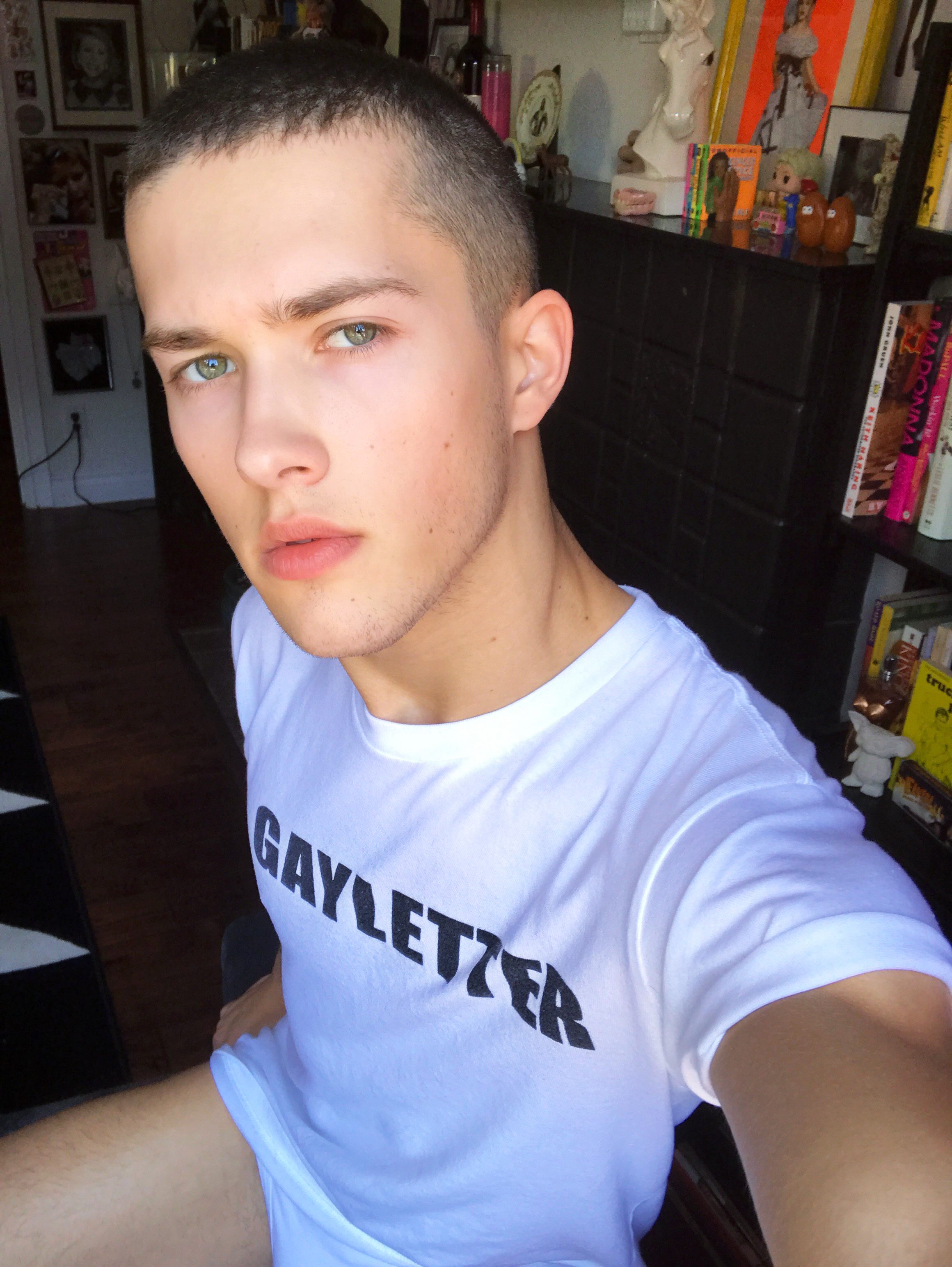 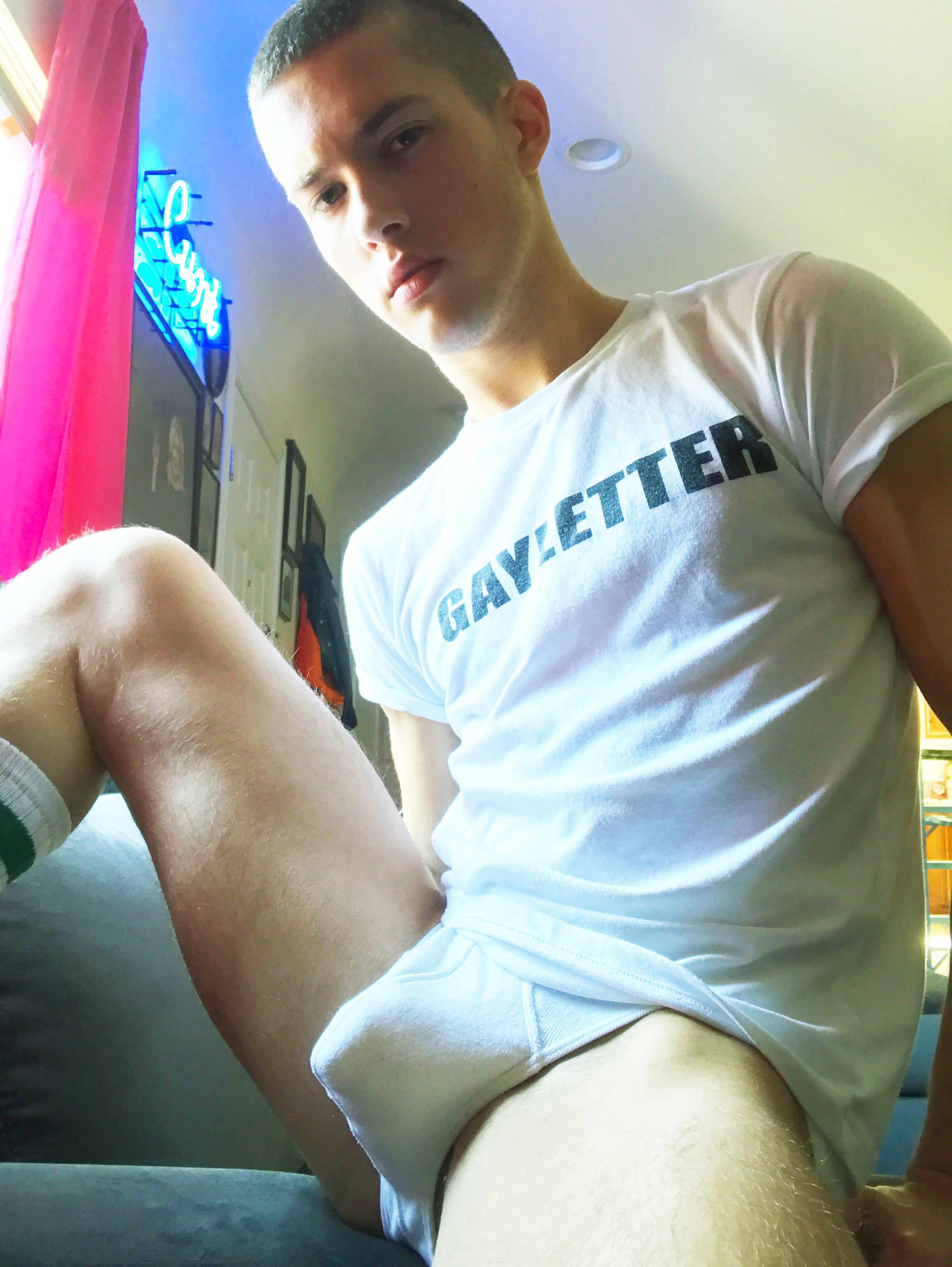 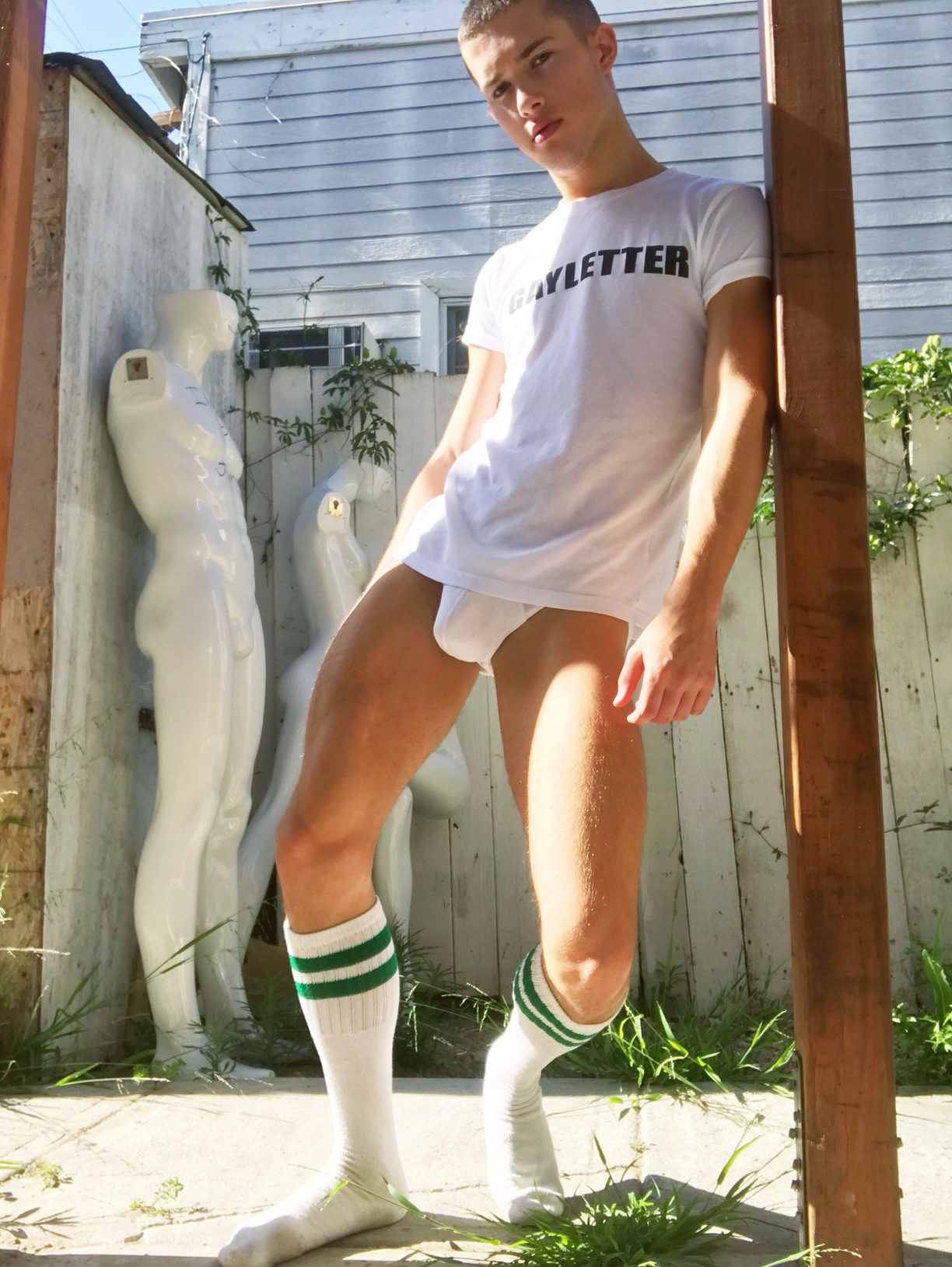 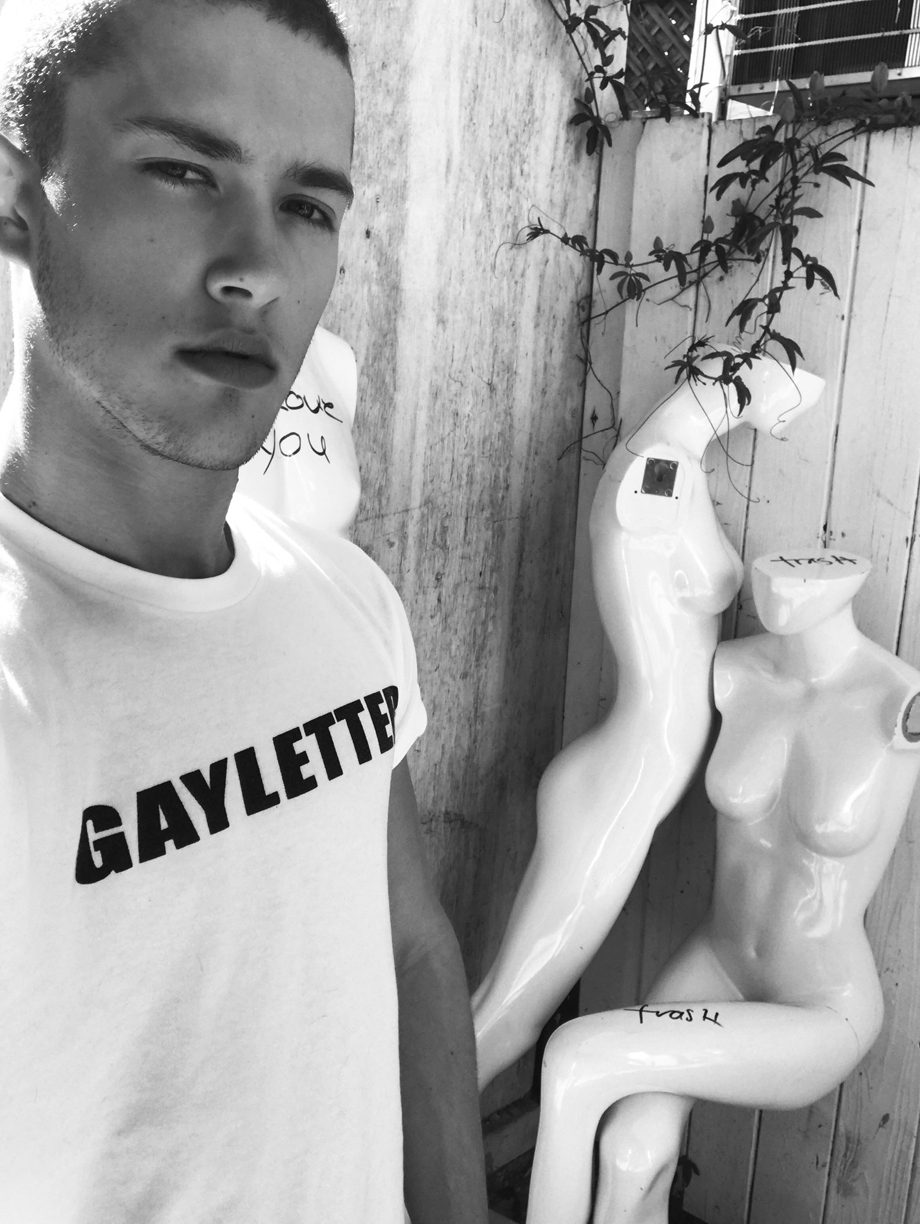 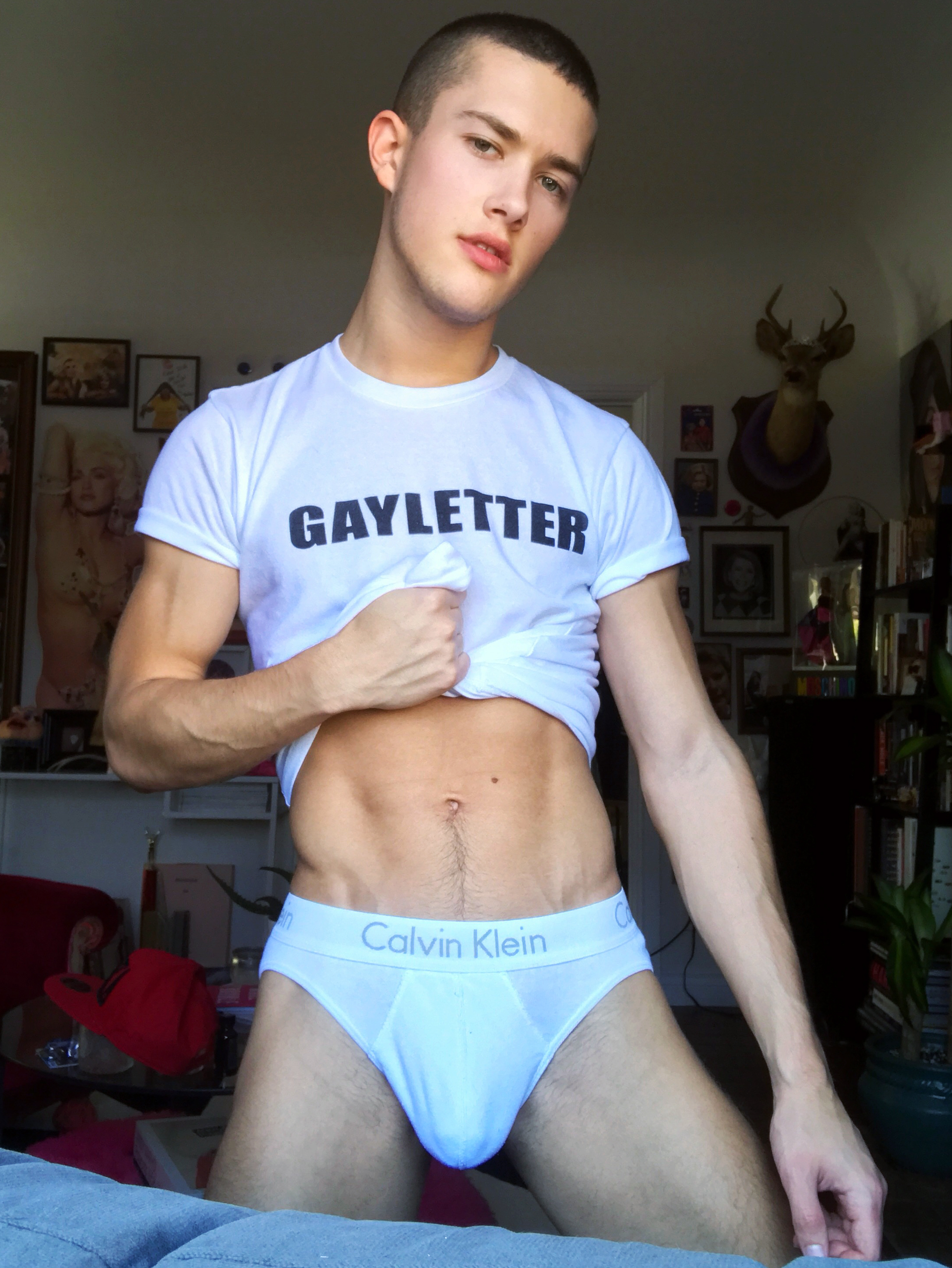 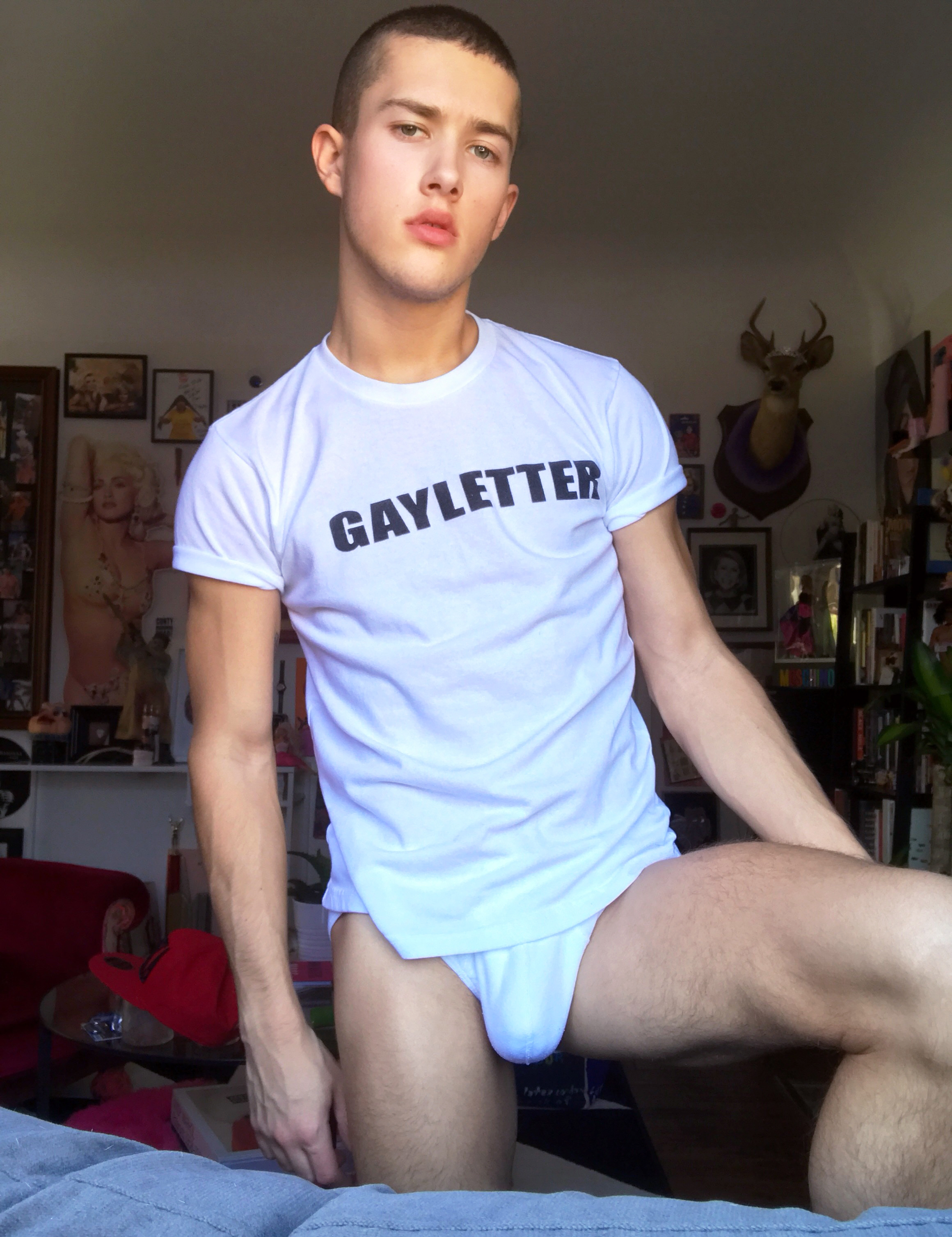 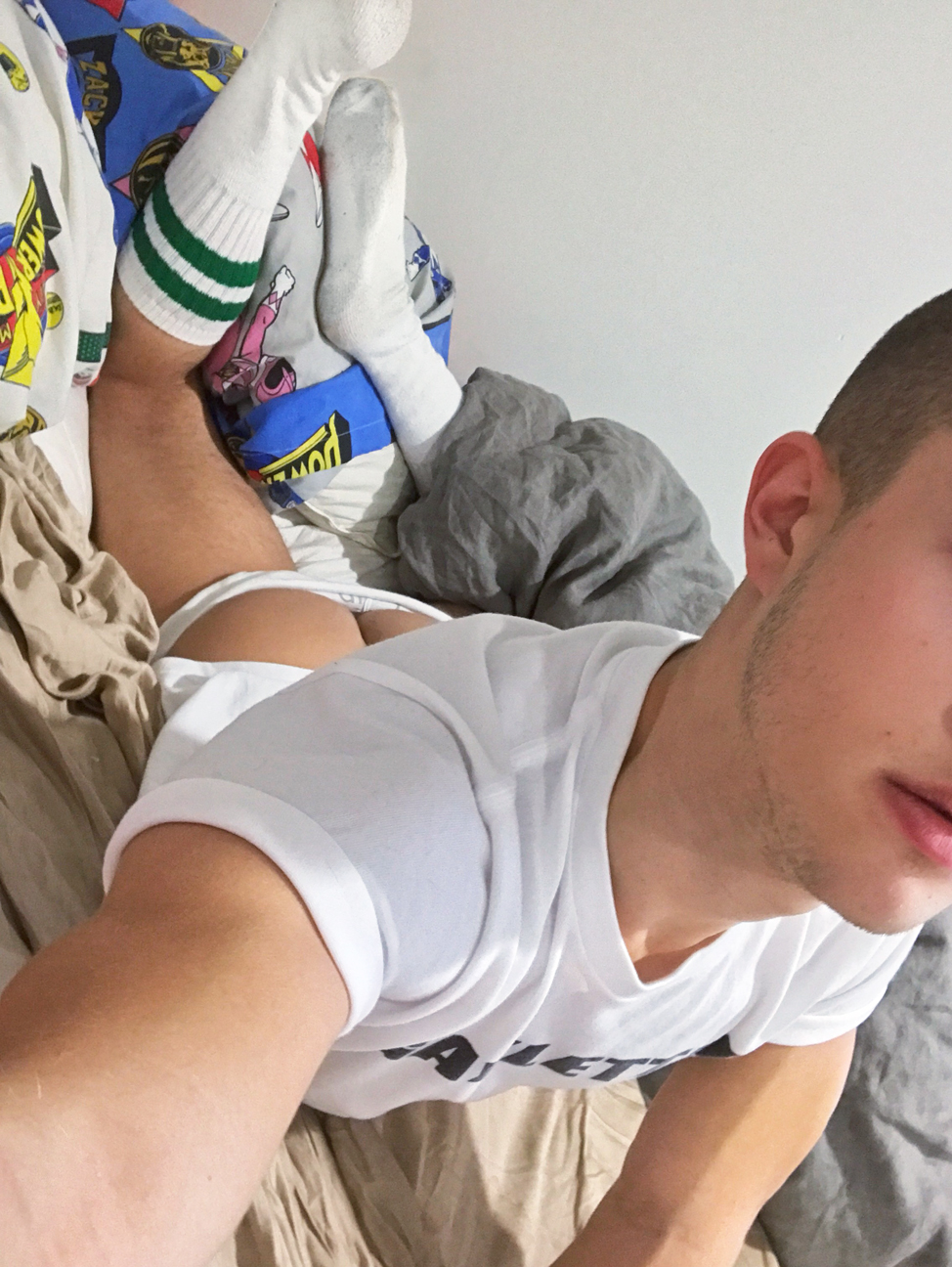 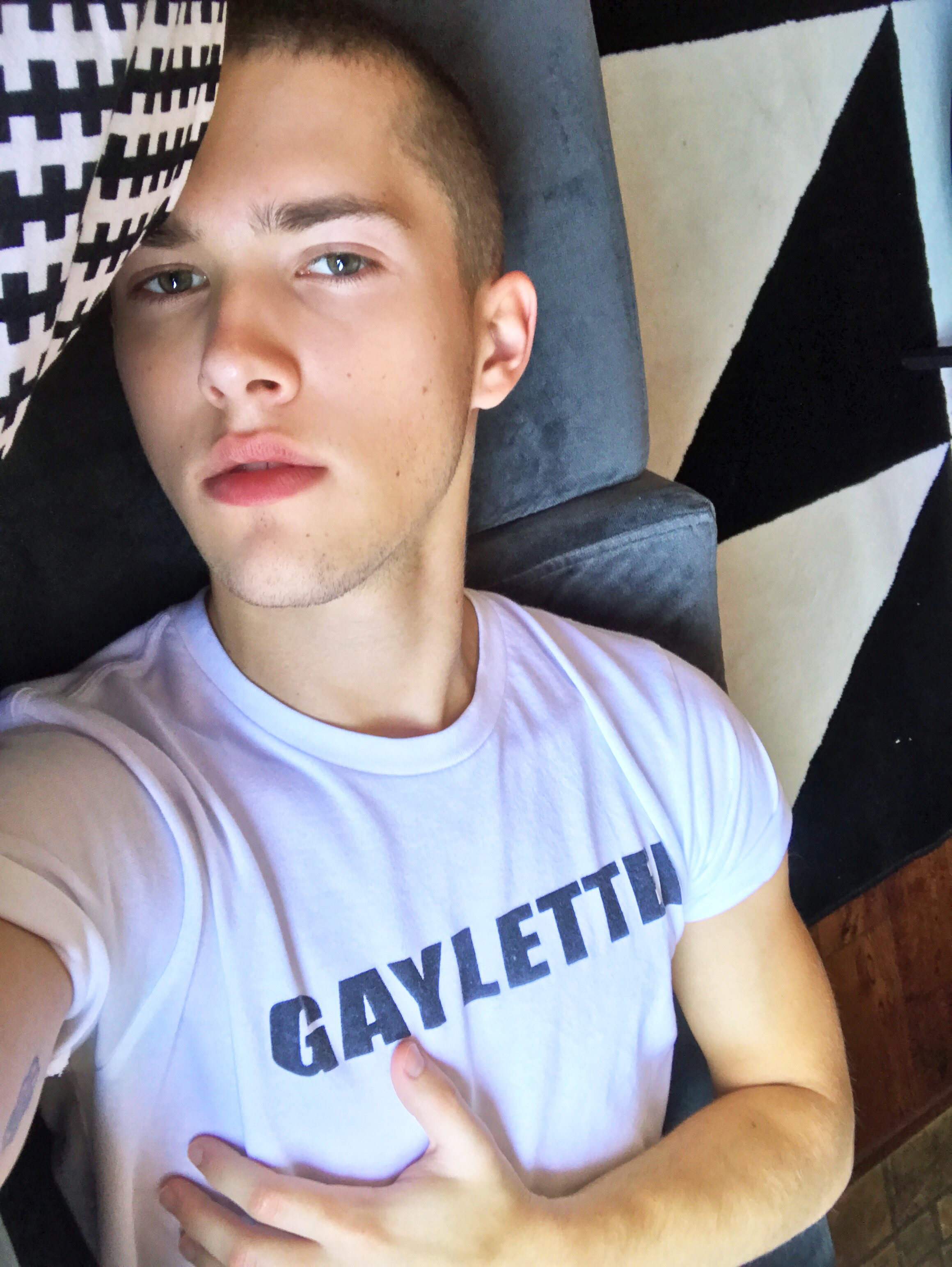 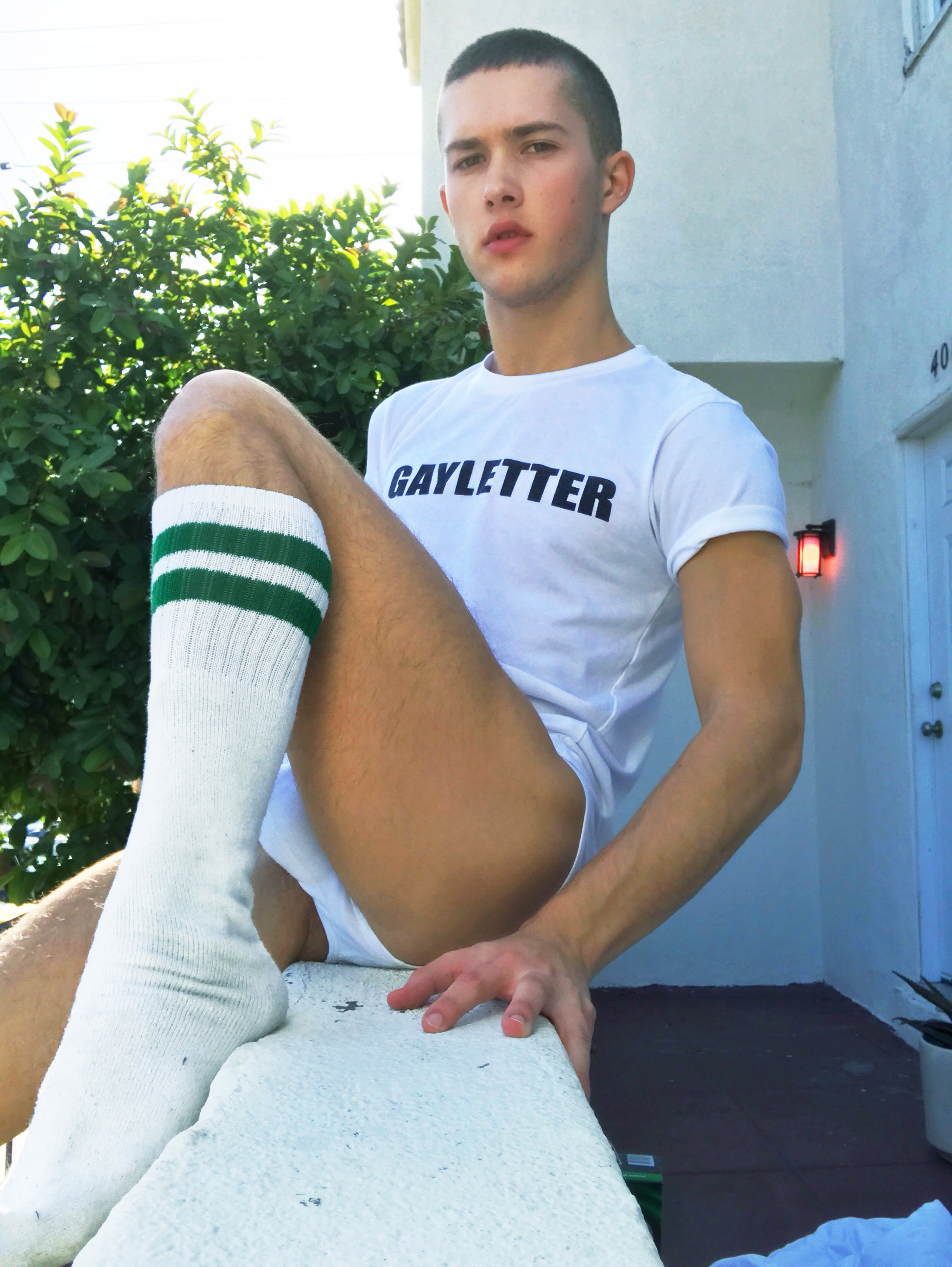 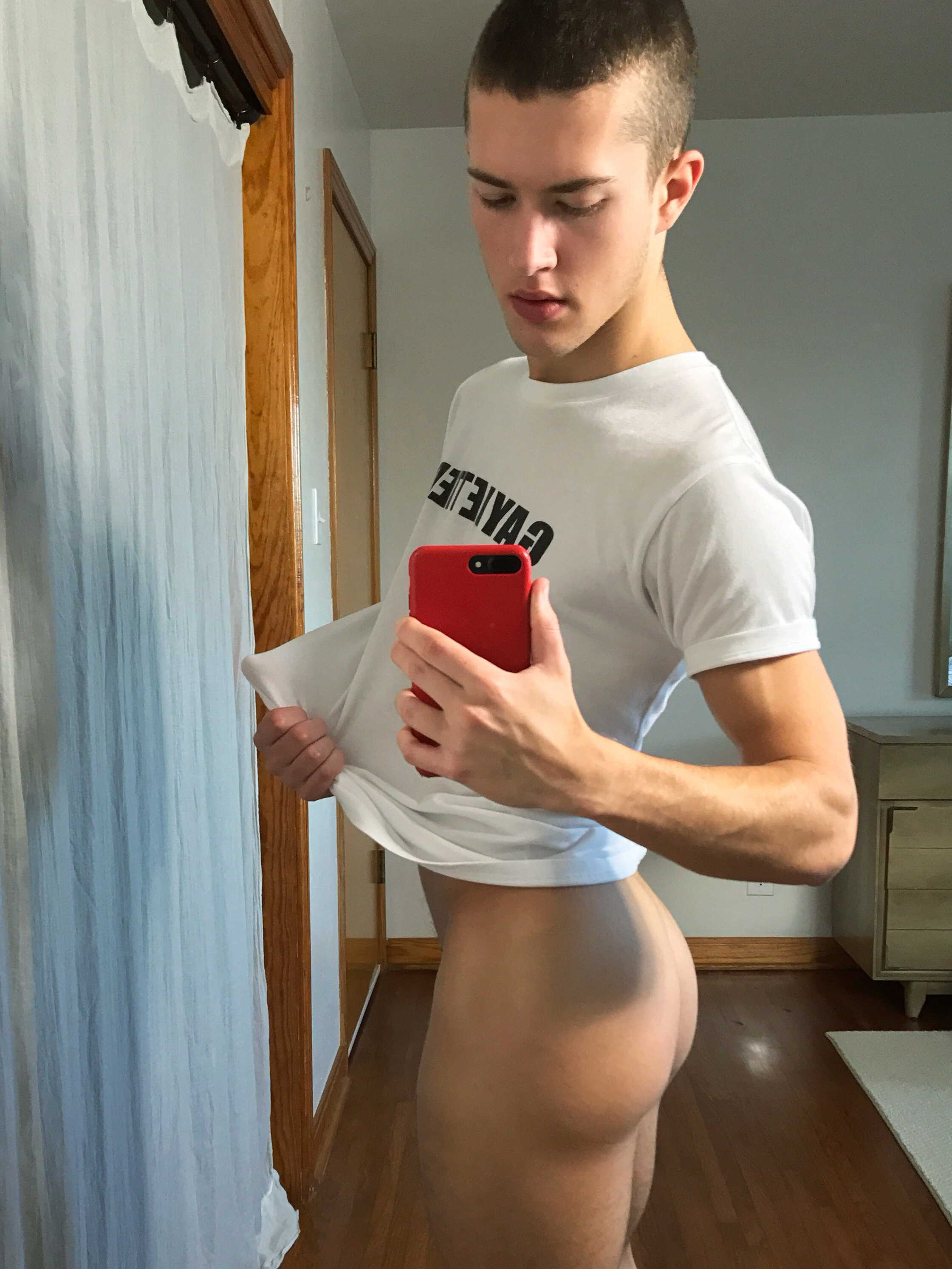 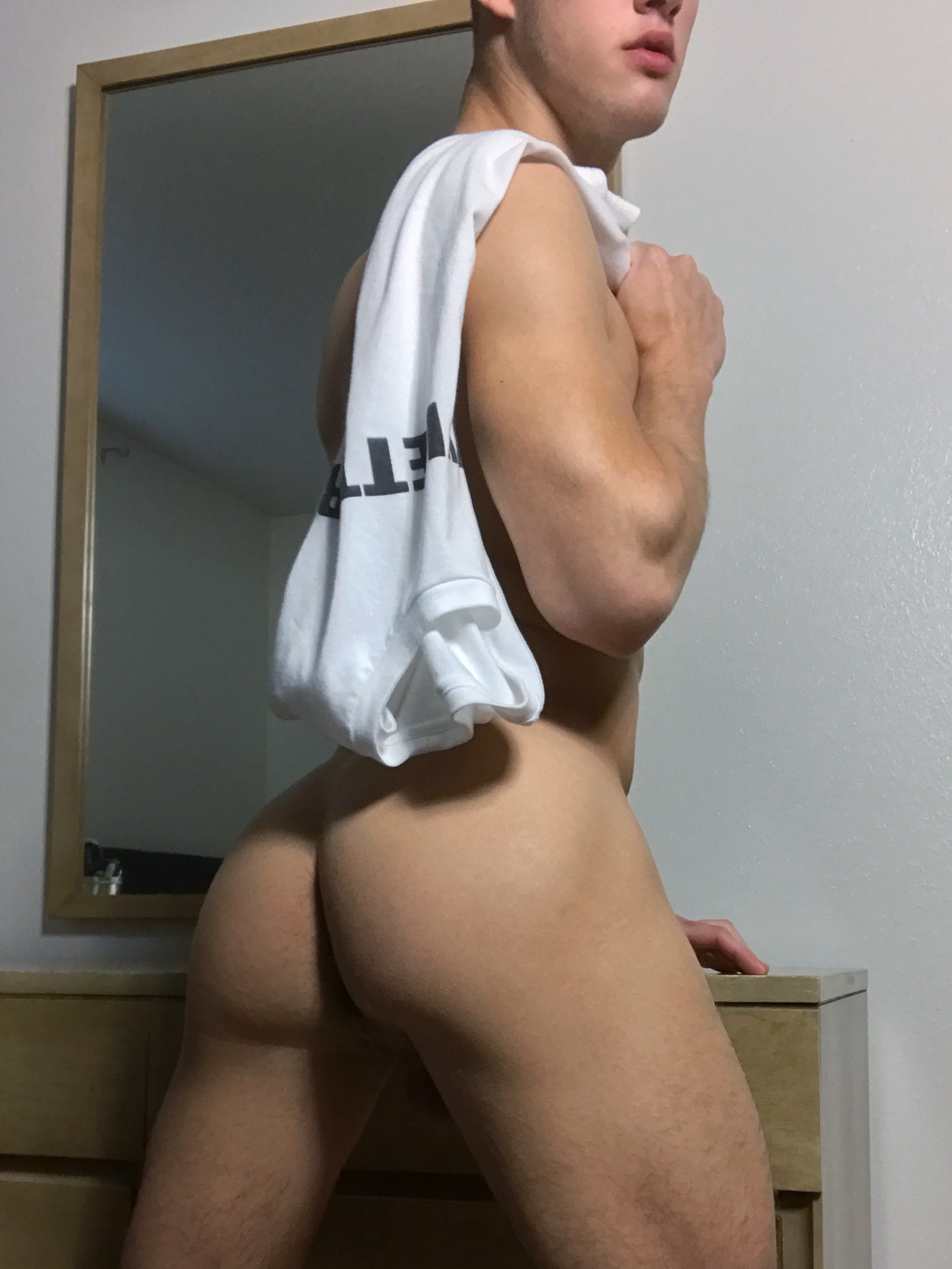 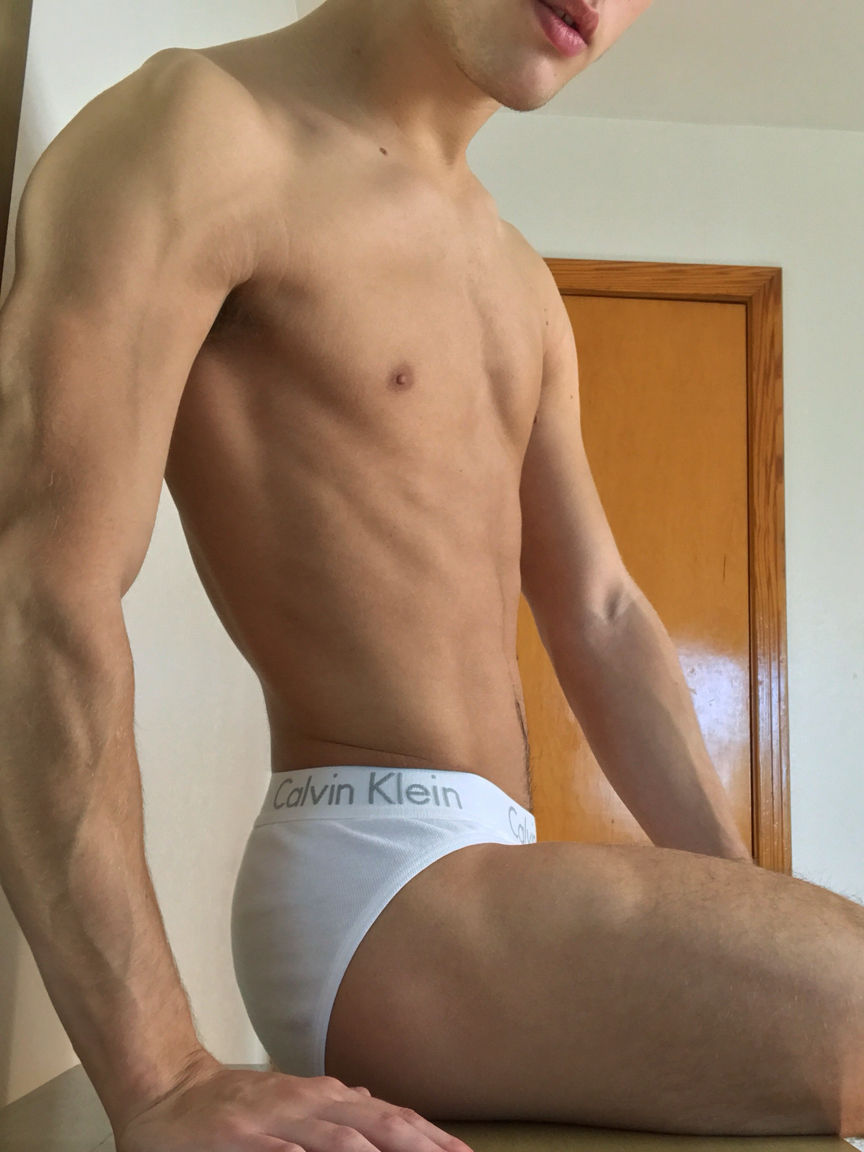 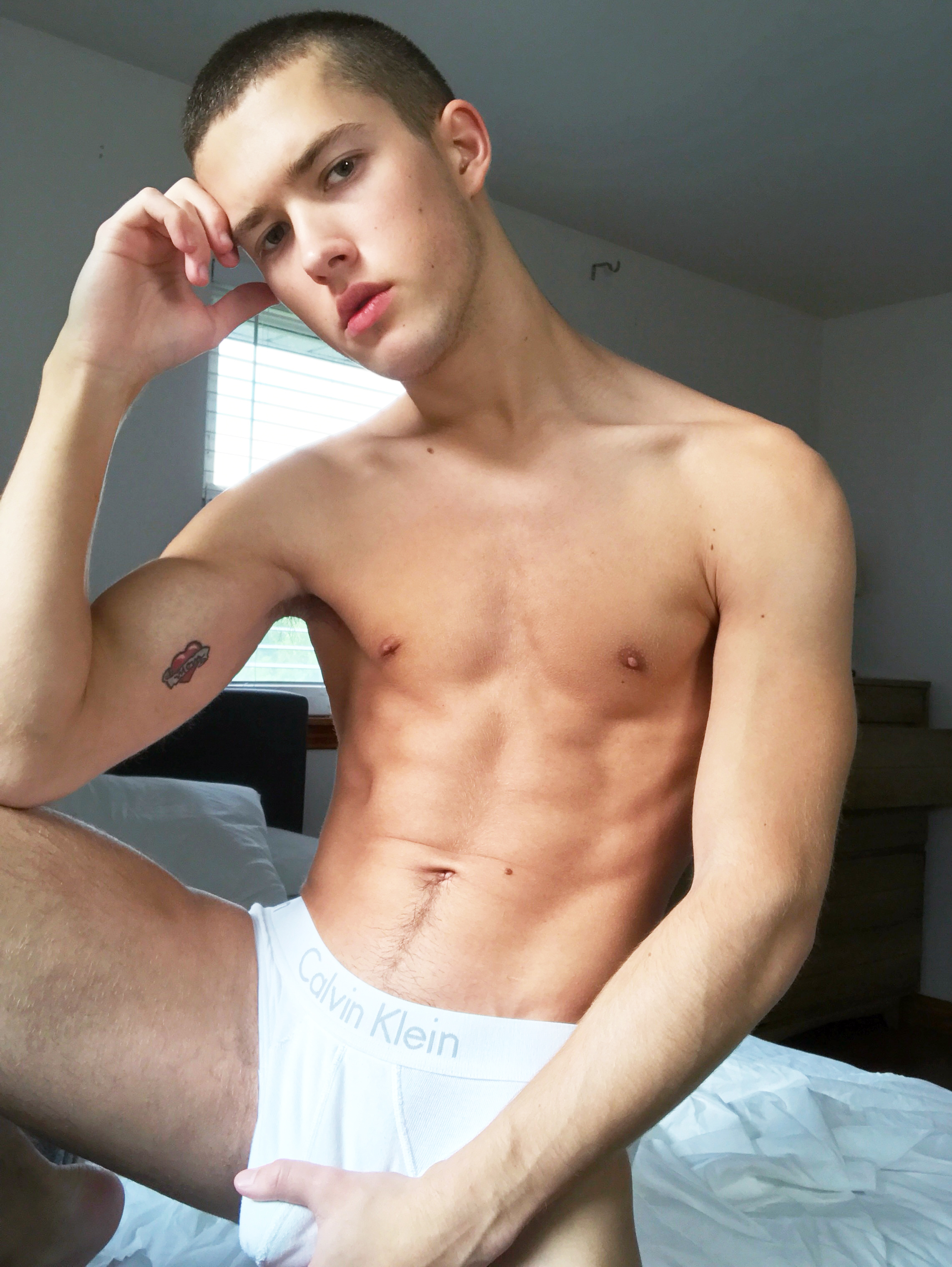 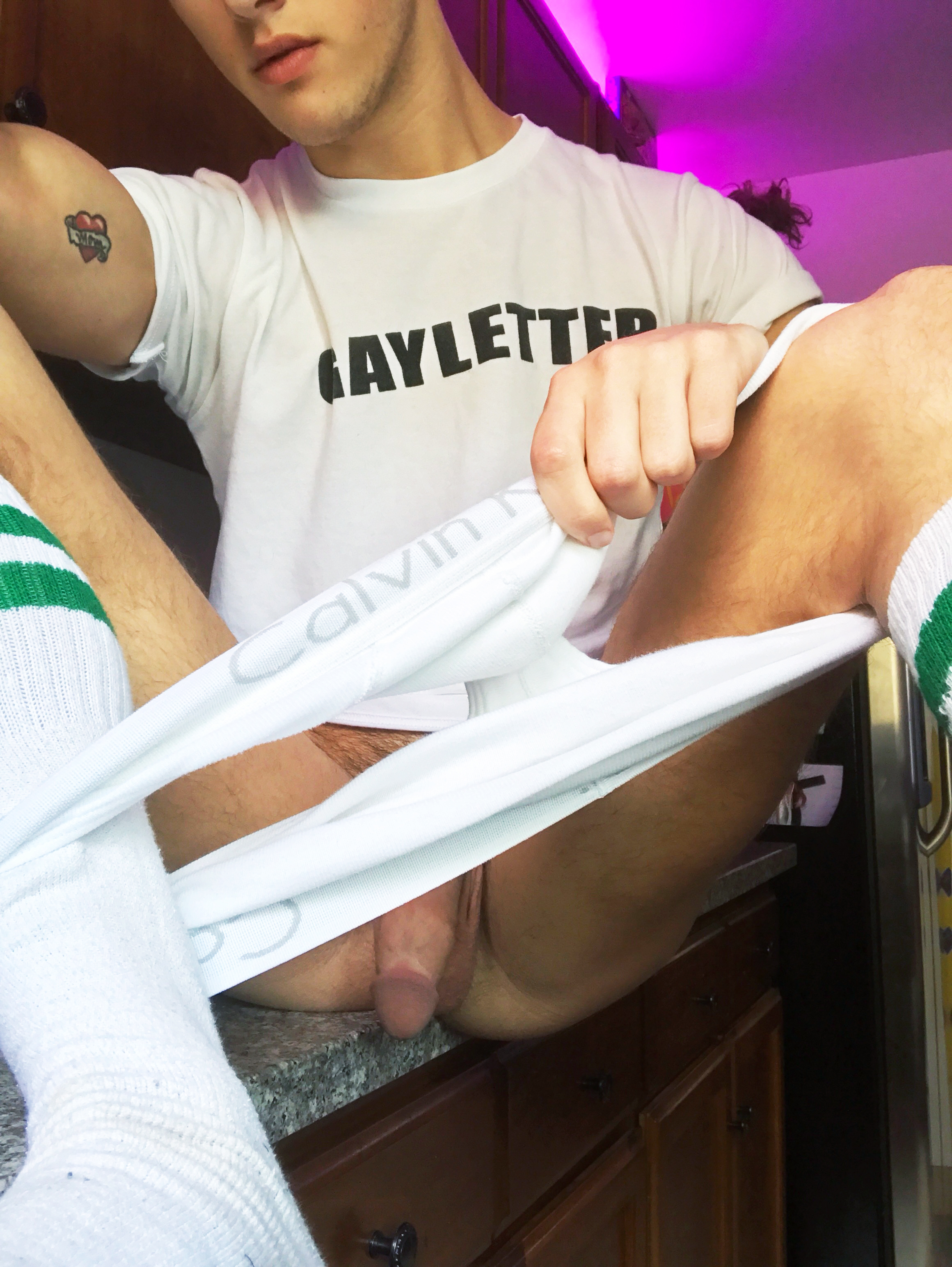