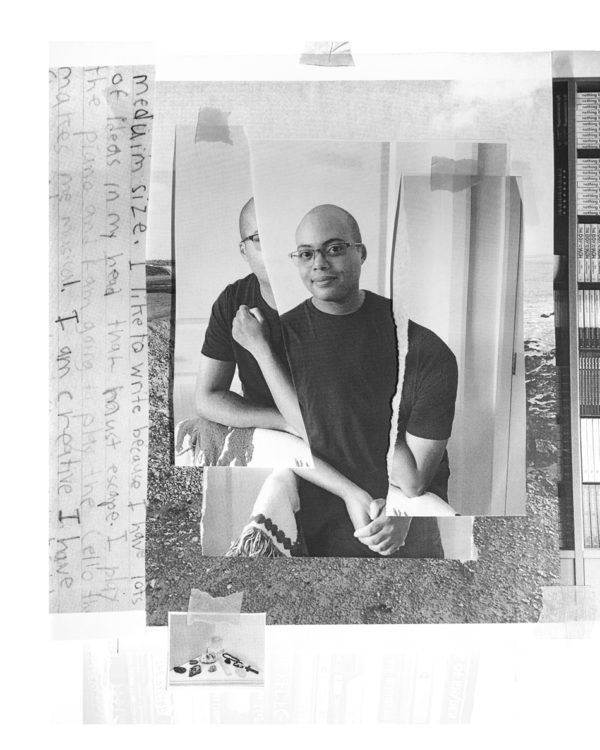 Isaac Fitzsimons (he/him) is the author of The Passing Playbook, a young-adult novel about a trans soccer star confronting whether to stay benched or fight for his right to play. The writer knows how important it is to find yourself on a bookshelf. When asked what library he first loved, Isaac recounted, “There’s a children’s library in the neighborhood where I grew up called Noyes Library. It’s housed in a one-room building in the historical part of town and looks like a fairytale cottage. I have memories of walking there with my mom and my brother and feeling like I was stepping into a storybook. For a child in a world that’s so big, having something made just for you feels really special.”

Remembering those who helped him see his own identity, Fitzsimons pays it forward. While some of his fictional characters deal with religious trauma, the author is fortunate to not have experienced this first hand, “in large part due to the rector of the church I attended in high school,” he explained. “Even though I wasn’t out as anything back then, seeing a proud gay man preach from the pulpit meant that I’ve never felt like I must choose between my identity and my faith. As I get older, I realize how privileged I am in that regard.” This role model was who Fitzsimons said he’d like to give flowers: “I’d send a truckload of lilies to Father Beddingfield as a thank you.”

Outside of writing, Fitzsimons likes to spend time in the water, swearing by aquatic exercise as self-care. “I’m not athletic,” the author alleges, “but last year I discovered water aerobics. Now I go twice a week with my 71-year-old mother. It’s honestly the highlight of my week. I feel better, move better, and love that I’ve found an activity I can do for the rest of my life.” He added, “With any self-care practice, I frequently ask myself if I’m doing it because it brings me joy, or if I’m doing it because the thought of not doing it causes discomfort. If it’s the second, then it’s time to reevaluate its place in my life.”When he’s at the pool, Fitzsimons enjoys moving at a chilled-out tempo.The song he’s been playing over and over lately is Harry Styles’s latest “Love of My Life.” “I loaded the album onto the waterproof MP3 player I got for Christmas and listened to it while doing a lazy backstroke under blue skies at the pool. It was pure bliss.”

A printed version of this story will appear in GAYLETTER issue 16. Pick up Isaac Fitzsimons’ book, ‘The Passing Playbook’ at The Aesop Queer library at the Williamsburg Store in NYC, The Silver Lake store in L.A. and the Queen Street West store in Toronto from June 20th-26th.