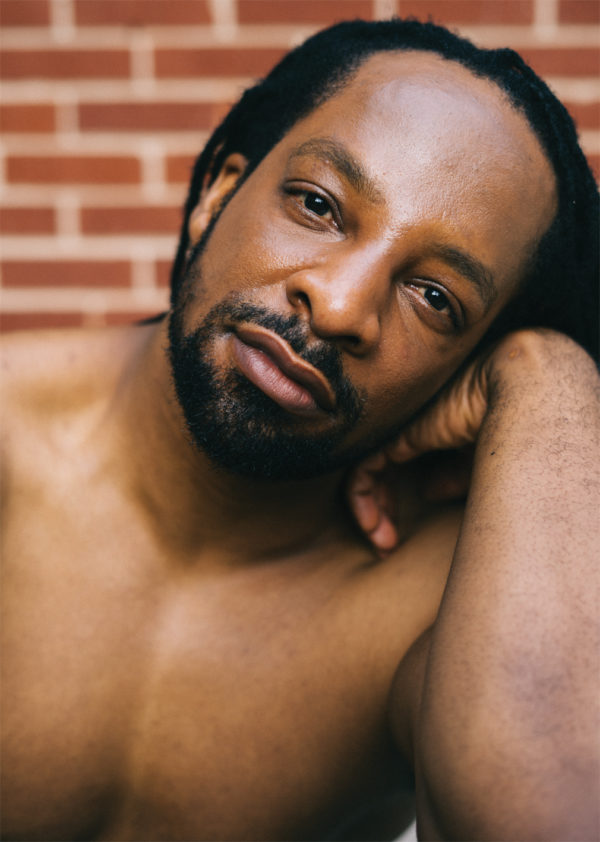 Jericho Brown, a poet originally from Shreveport, Louisiana, won 2020’s Pulitzer Prize in Poetry for his 2019 collection, The Tradition. This is only the latest feather in Jericho’s hat — he’s been awarded a Guggenheim Fellowship, a National Endowment for the Arts, and The American Book Award to name a few more. Written from a perspective both black and queer, his poems are imbued with the images, codes, and vernaculars that criss-cross his experience. In a conversation bridging Whitney Houston, Diana Ross, and Walt Whitman; burning down Walgreens and elite institutions; and the burgundy mystery that closes The Tradition, we wove a cat’s cradle from some of the threads his work lays so bare. Read on, then get lost in The Tradition for more of the story.

In past interviews, you’ve quoted Whitney Houston with the same seriousness as John Milton. There’s something radical about giving that much authority and intentionality to the female pop lyric. It’s usually completely disregarded. Diana Ross has always been my diva. Having her as my diva has helped me understand a lot about my life as a poet, about longevity, stamina, and how to make use of my particular talents. I mean, I feel like not having a diva is like living life without a zodiac sign. [Jericho is an Aries.] If I find out someone’s diva, I find out more about them than I do if I know their sign. It’s like having one’s own muse, or one’s own Greek god over your shoulder. Your patron saint.

Very Catholic. Yeah, and that’s of use, because if you’re a poet and thinking that way, you’re already thinking mythologically. Archetypally. You’re thinking in terms of a certain kind of iconography. You might not have had that if you didn’t go to church, or if you didn’t have an education in the Greek myths. Singers can afford us that. No matter what happens to Janet Jackson, you will always have Janet with a cap, her ponytail going through the back.

Rhythm Nation! Exactly. That is important, if you’re a poet, because you’re learning the value of symbol and icon and image.

What happens to a faith that finds no icon or image to absorb and articulate it? Anyone who believes in themselves, then believes that they have a higher self. This is what I like about Whitman.

Of course. Whitman’s always talking to his higher self in his poems. He’s better in his poems than he is in real life. The real life Whitman is a racist. The Whitman in his poems understands that black people should not be slaves, that they are equal to everyone else.

We’re asked to assimilate every day, and we don’t get much opportunity to check and see whether that assimilation has anything to do with what we would really want. It’s a lot of work trying to figure out what you would really want when the world has already told you the direction to go. If you can cast an idea into the creative field, and see that idea made flesh, see that idea become a reality, then that seems to be the work of worship. The work of worship is the work of creation.

This is what’s so important about reading and writing; this is why I love poetry so much: People read poems, and what they’re holding in their hands is a piece of paper with words on it, ink and characters, letters.… Looking at those, if the poem’s any good, you stop seeing those words. You aren’t even aware of the fact of words. You’re aware of people, images, characters, happening in your mind, transforming those words into a reality that only exists in your mind. And if you can do that in reading then you can do that in other areas of your life. The better reader you are and the more you think of yourself as completely creative, then the more you’re able to be a better lover. Or to think about ways to be a better lover, more original ways. Ways that you, Elias, or I, Jericho, can love in ways that no one else would be able to love. You could think about ways to be a better brother, a more original citizen. That’s what I’m interested in.

The first poem of yours that knocked my head back was “Track 4: Reflections” in Please [Jericho’s debut collection, from 2008], about Diana Ross. Its last six lines sound kind of like a prophecy now: “Got another #1 and somebody / Set Detroit on fire. That was power — / White folks looking at me / Directly and going blind / So they wouldn’t have to see / What in the world was burning black.”

In terms of visibility, you’re at such a high point. It was uncanny to read that and see that you are, kind of, approaching a position you were speaking of 12 years ago. I hadn’t thought of that at all. I am in that position more now than before. When I wrote that poem, I thought of myself as being in that position then. There’s a way that poems, no matter how radical, or activist, or how protest-oriented they may be, can make the fact of the riot — the fact of the protest — a little more… palatable. Poems do a lot of work, and they can do a kind of violence. I don’t say that negatively. But I do think poems can make for violences to happen.

As a black queer Southern poet, there are ways that I will be automatically seen as an outcast, or a marginalized being, an outsider. But I never feel that I am being as much of an outsider as I should be. You know what I mean? 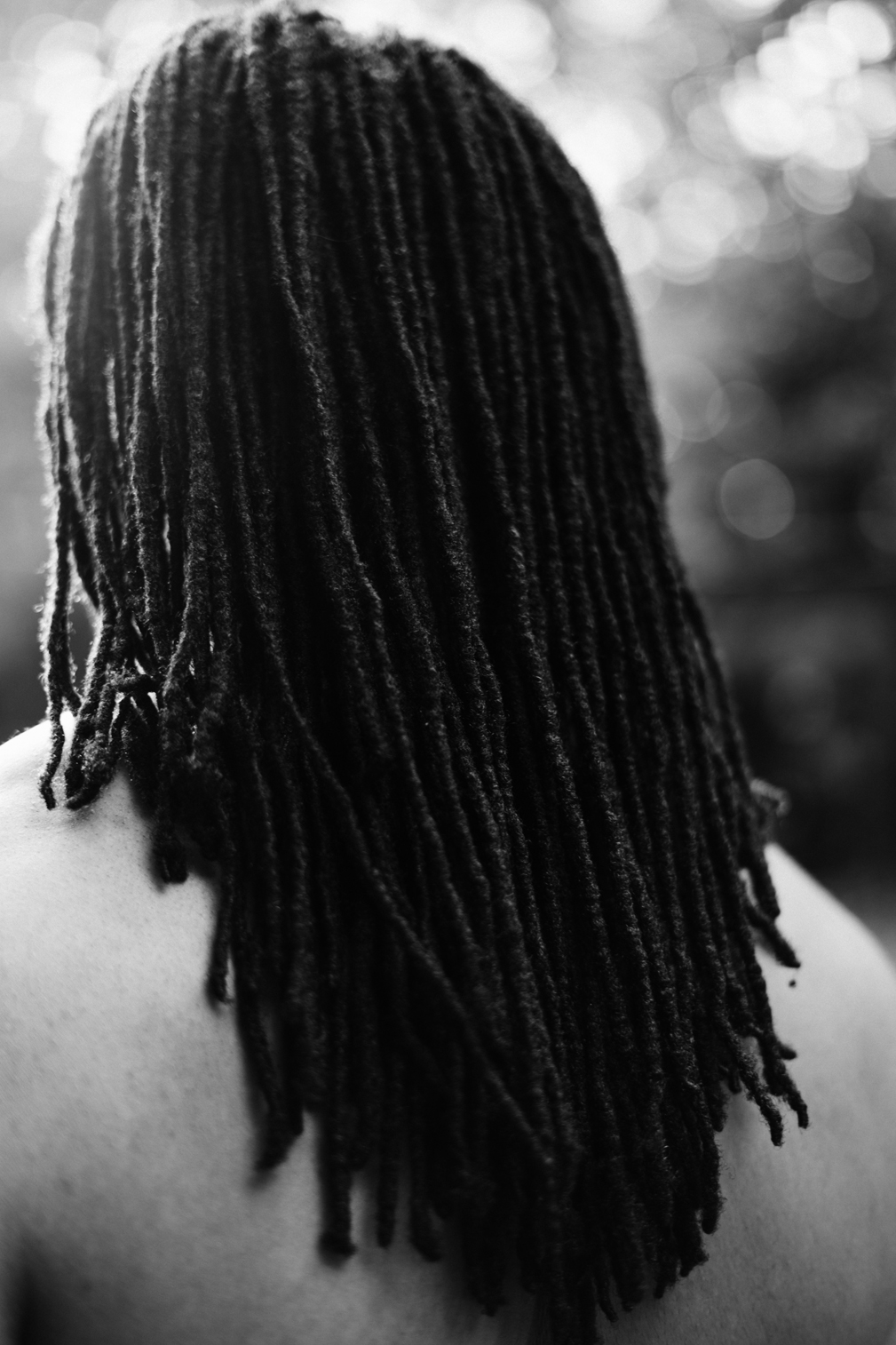 That’s interesting. I know I’m a poet; I know what poems can do; I know what they have done in my life and the lives of others who have been changed by them. And yet, I would love to burn down a Walgreens too. Do you understand what I mean? And I don’t necessarily think of the burning down of the Walgreens as wrong. So, part of what’s interesting to me about the lines you bring in, is that I’m sort of this rebellious person, but people can’t/won’t really see me that way in the 21st century. Because of what I use, because of what I work with, because of people’s ideas about literacy, and the ability to really read poems.

How can poetry span the elite institution and the burning Walgreens? Well, poems say things. The point at which poems say things has to do with the ability to resist. Poems are at the back of any resistance. They’re at the foundation of any rebellion against an oppressive regime. Part of that has to do with what they say, and how they say what they say. And yet poems, if they’re going to be poems, have to be artful, particular, and perfected.

There’s something in us that assumes that the same thing that wants to resist cannot also be perfected. But that’s not true; resistances are indeed perfected and organized. The best ones were organized by really brilliant people, thinking folk and artful human beings who thought about how to make activism into an art, into a life. I don’t think those things have to be separate.

I read in AJC that Shreveport’s Mount Canaan Baptist Church, where you sang as a child, had burgundy-colored pews, like the burgundy-colored car that bookends The Tradition. Are the two related? The truth is, that is about the first guy that I ever fell in love with. His name was Nyrone Henry, and he drove a burgundy Mitsubishi Galant. I think about that car a lot, because where I went to undergrad [Dillard University, an HBCU in Louisiana], a lot of students did not have cars. If you had a car, you were a famous student, by virtue of that.

Like, “this guy can get somewhere.” I went to school in New Orleans, but I’m from Shreveport, and that is five hours from New Orleans in Louisiana. He was also from Shreveport. I thought he was so fine. He was a man, and he was from where I was from.

And, I had automatic access to that burgundy car. This man I thought was so fine could take me where I needed to go. When you’re a young person, all that is really hot.

My dad never had a burgundy car. He had a truck that was sort of burgundy, now that I think about it.

That’s the real place that comes from in my life. I decided to use it in the poem because I liked the sound of it. And I know that when you get to certain kinds of images that stand up in the reader’s mind, you can use them, and the reader will work with them on their own.

What made him so fine? Who, Nyrone?

He’s a mystery! The man inside the burgundy car. Oh, I remember the first time I saw him. I was in the cafeteria, and I saw him walk by me. You know when you walk into the cafeteria and there are tables everywhere? He was walking toward the food bar, and I already had all of my food, but I wanted to see him closer. So I said, “I think I need more food!” And I walked up there, stood next to him, and started making jokes with the cafeteria workers.

I went to a small college, so we all knew each other, and he joined in. I was very excited when I sat back down that he sat next to me, and he knew people at the table where I was sitting. He had on a pair of shorts, and he had these beautiful legs, you know? I was enchanted! Like, “what am I supposed to do with all these calves you’re walking around with?”

But that was it; it was the fact that he made me laugh and allowed me to make him laugh. But you know, Nyrone turned out to be low. Oh, he was horrible. They always are.

Yeah. But I did love him. I loved that man, honey.