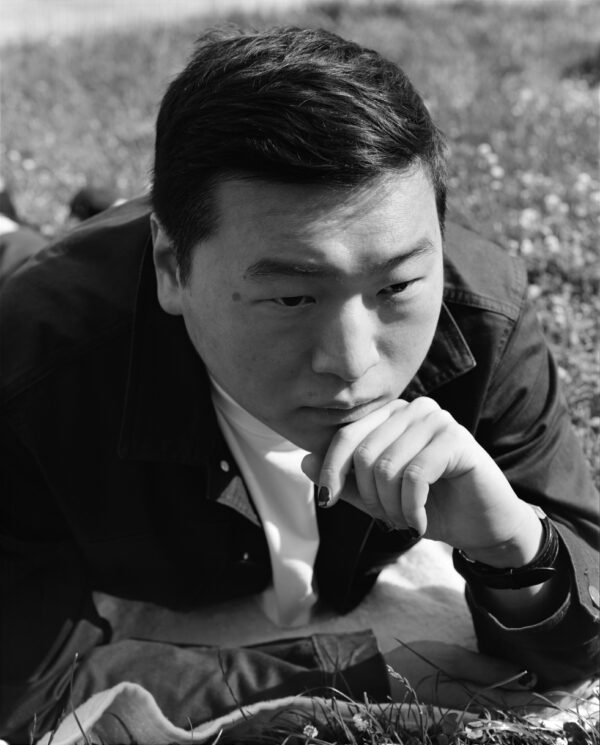 Michael Chang’s second full-length collection of poetry, Almanac of Useless Talents, will be published by Clash Books this fall. It follows last year’s Boyfriend Perspective (Really Serious Literature) and anticipates next year’s Synthetic Jungle (Northwestern University Press). In just a few short years, Michael’s body of work has earned wide recognition for being fun, smart, and hot. In addition to writing, they are a poetry editor at Fence, a renowned journal for fiction, art, criticism, and poetry. In Almanac of Useless Talents, Michael’s language shifts every line break and page turn, spanning bodega wear and bespoke couture, the plainspoken and the algorithmic. Skeptical, curious, and playful, Michael’s “gutter poetry / for dirty minds” prefers differentiation to interpretation. What emerges is a book that compels you to take stock of life and still laugh, but also get romantic — “hang out on a cloud with u : / somewhere undisturbed & unfound / the two of us : there : unmarked : / not blinking at all : / no one ever treat u so right.” This spring, we spoke with Michael about their new book, gilded things, and being there for people.

Almanac of Useless Talents begins with quotations from the late poet John Ashbery (“Silly girls, your heads full of boys”) and singer Sufjan Stevens (“Terrible sting, terrible storm / I can tell you”). What do these two bring to the table for you? I think they’re very complementary. It was fun to think of the two of them together. Both of them are at a remove from their art. People say I use humor or cleverness to not be as vulnerable. There’s some of that going on. I don’t wanna put words in their mouths, but they don’t explain the work. Especially Ashbery. There’s kind of a ‘the work speaks for itself’ thing going on.

Between the poetry and the work around it, it seems like there’s an avoidance of a narrative about a backstory, and I was wondering if that’s intentional. I am trying to tell a story and situate the reader somewhere in the way that cinema does, but I’m not trying to tell you about something that happened to me. The way I think about it is more so like placing you, as the reader, in a particular setting and with a particular set of emotions and biases, and not so much, like, “two years ago this happened to me.” I’m very deliberate about scene setting. I want an immersive experience. It’s not like reading an incident report.

I’m interested by what you said about having certain biases programmed into the reader’s experience. How do you do that? A lot of poets I think are not very good because they talk at people. I call these like, the “litmus test” poems. They want, in the space of however many lines, to broadcast the poet’s own political preferences or policy outcomes. I think people have a good sense of where I am politically, and the kind of positions that I would take. But it’s not as a result of me preaching at them. It’s because, through programming these biases, you kind of are already there, and we’re just continuing a conversation about something with these things already established. Whereas I think the wrong way is like word vomit of a poet’s own preferences and the person reading it, even if they agreed with you to begin with, maybe is so repulsed that they second guess their own opinion. I know that if I want to write about “political issues,” I try to do it in my own way. The most palpable example is I don’t go around announcing my sexual preferences.

I mean, you do have a line about someone licking the arch of your foot in Almanac of Useless Talents. My poems, you just kind of start into it. Whereas with other people’s poems they have to say, “I’m here, I’m queer.” There’s this whole big show; whereas, with mine we just get down to business.

Yeah, no fluff. I wouldn’t use that word, but.

I mean, you do use the word “fluff” in Almanac of Useless Talents. Okay, fine. 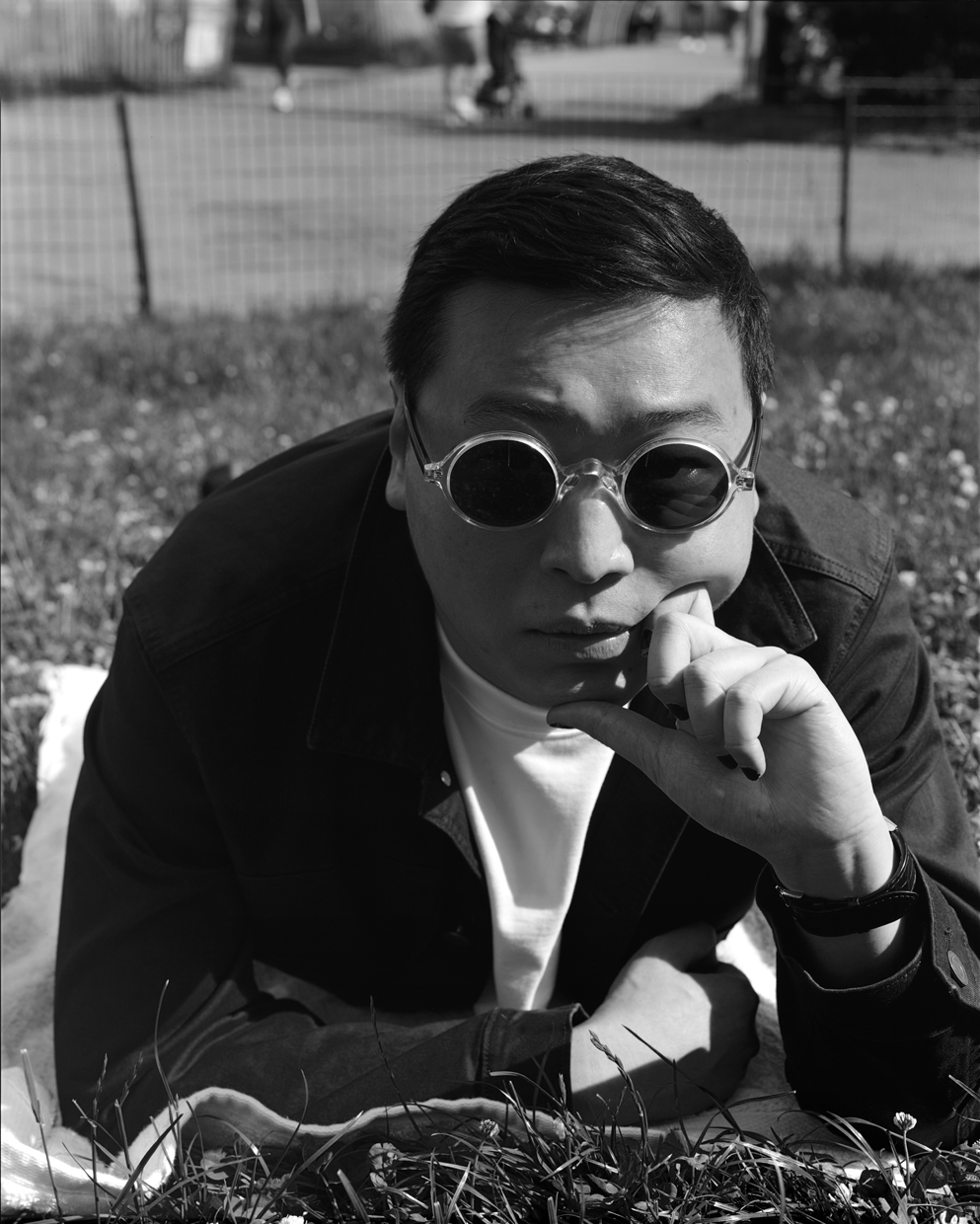 JACKET AND T-SHIRT BY CALVIN KLEIN. 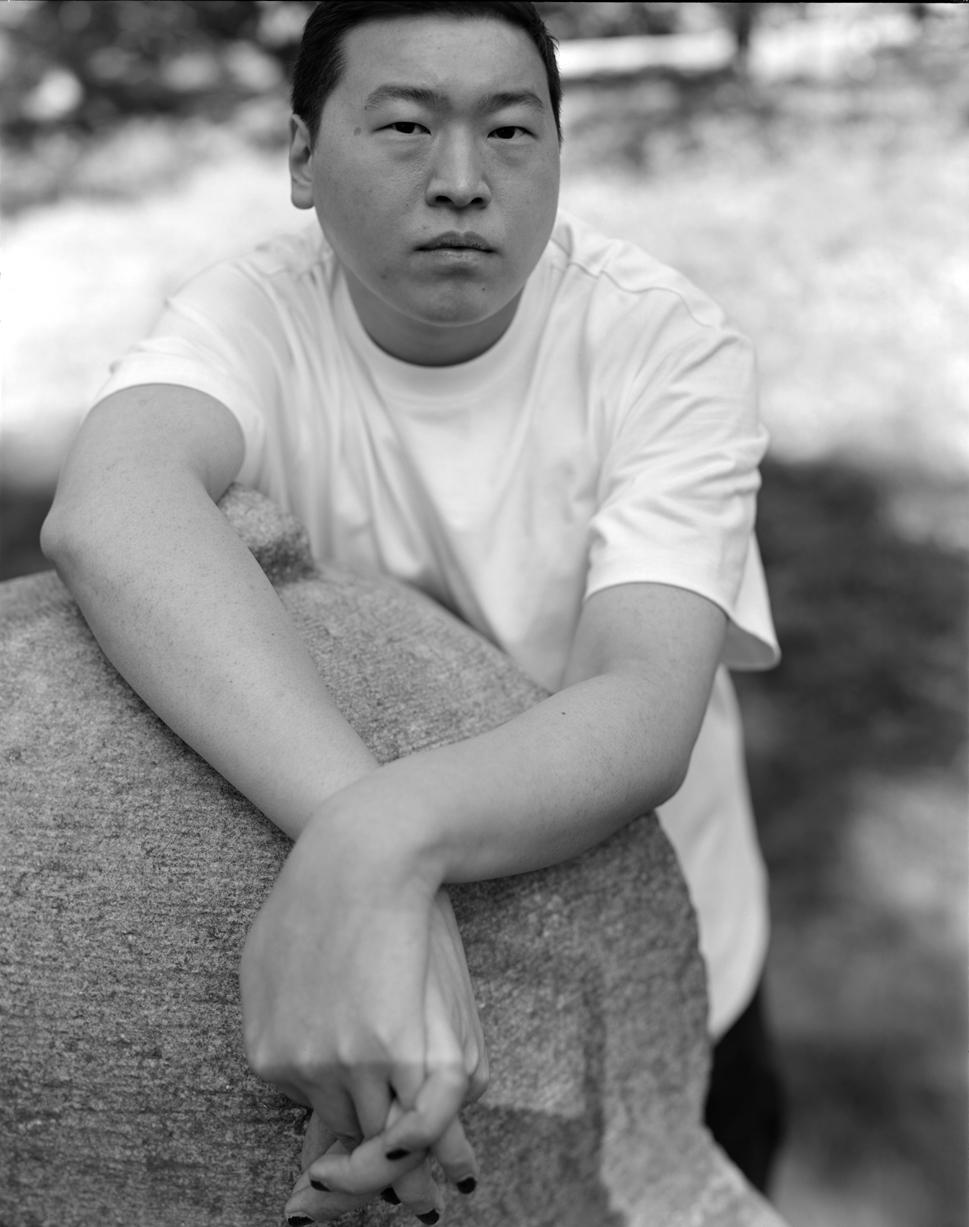 T-SHIRT AND PANTS BY CALVIN KLEIN.

What’s your newest fragrance? I have two that are new. They’re both from Frédéric Malle. One’s Vetiver Extraordinaire and the other’s Eau de Magnolia. They’re from the same house, but with how Frédéric Malle is, they have different noses and these happen to be by different people. I have another favorite, also from Frédéric Malle, L’Eau d’Hiver, and I also love Chanel 1957, which is from their private blends. It’s like a white musk, a kind of powdery and masculine floral. The fragrances that I like are kind of like my poetry: they’re very refreshing. There’s a classic element but definitely done in a way that you haven’t seen before.

What’s the first fragrance you were obsessed with? Calvin Klein One.

How did it enter your life? It was marketed as “unisex,’ and one of the first at the time that was. I don’t even know if they make it anymore. Probably, somewhere. I liked that it wasn’t marketed ‘for men’ or ‘for women,’ just a “here I am” sort of thing. The bottle was frosted glass with a gray mono palette. Don’t go on Google and factcheck me on it. That’s how I recall it.

You have a longer poem towards the end of the book, “Dear Andre,” a letter to André Leon Talley, which functions in a way as a correspondence between the fashion world and the poetry world. The world of producing gilded things. The similarities between poetry and fashion are: these are very difficult environments where a lot of the rules are ‘unwritten.’ Mentors can make or break your experience. They are also fields where you’re expected to pay your dues and work from the bottom or whatever. They’re very challenging. People burn out easily. But the people who stay have a certain fire in their belly, and are kind of lifers. Obviously, both are very concerned with craft, tradition, and heritage, and also making the next thing. This tension of sorts between wanting to pay homage to what came before, and being aware at least, if not respectful, of the people and the work that came before you, but also having to move forward and propose something different for the future. At least, in my own work, that’s something I’m very attentive to. Another similarity between poetry and fashion is this amorphous type of mentor/friendship/romance, it’s a very big pot of soup. It could be a cesspool, depending on your situation. It’s an area where there’s a lot of gray. People can be very transactional.

Just before the ending, you say, “I was trying to write about friendship.” That echoes for me something you said in another interview, about how even in a situation of love, there can still be another angle of how you can be of service. When rappers talk about fame, one of the things they always talk about is, “Why do these people wanna be close to me?” That’s a constant worry, if you’re in a position to deliver for people like André was, them having their hand out or knocking on your door for stuff. When things are good and you’re in that position, it’s like you’re in demand, but if you leave that position, those people dissipate. When it comes down to it, it’s all trading favors, but it’s about how you navigate that and not make it as gross and icky.

Last question, who is the single biggest risk to America? Chasten Buttigieg. 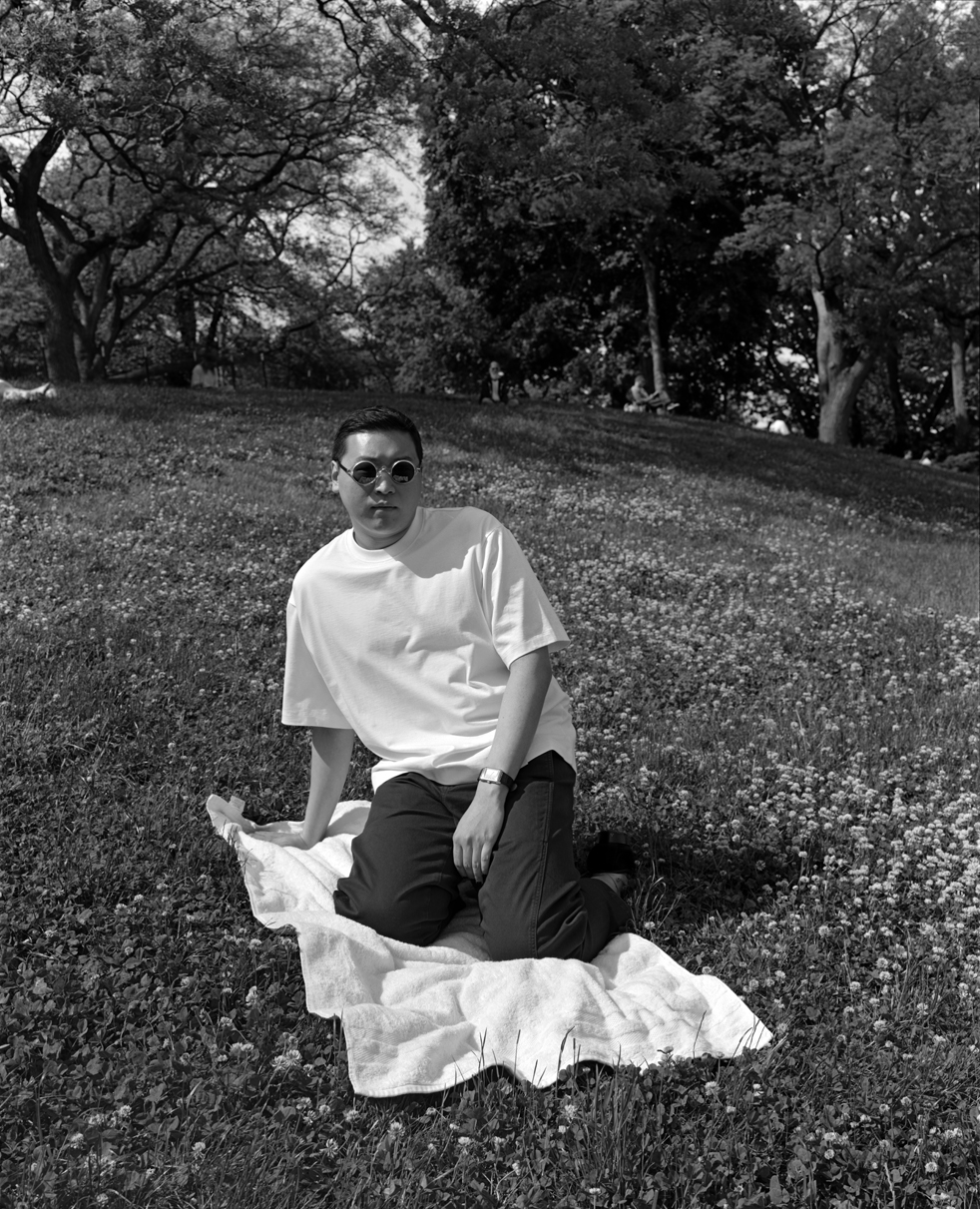 how i wish this poem were abt horseshoes & lucky charms

& jesus as my editor

the root causes of immigration

jason momoa & the ppl matthew broderick put in an institution

the execution of all things

like most members of the leisure class, i don’t know much abt anything

u cute in purple

u cute in any color

thought u were my caroline but ur just kevin federline