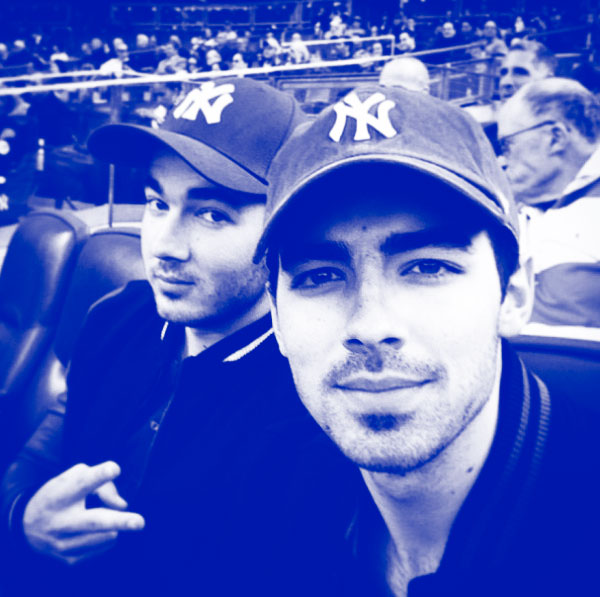 Out of the gay bar into the world

Your next boyfriend isn't on Grindr or at your local gay bar.

Where is Carmen Sandiego and why has she taken your future boyfriend with her?

In the words of Lilly Allen, It’s hard out here for a bitch. Finding a boyfriend in this day and age is like looking for sobriety in a Lady Gaga performance… actually that’s worse, because I have at least had a boyfriend before, but I’ve never not smelled a whiff of weed coming through my computer screen watching Gaga withering around the floor pretending she went to art school. Sometimes it seems you turn on Grindr and you see the same 20 guys you saw last week (aghh get off my phone BottomBearDad). Well, fret no more for I have found the solution! Eligible gays are out there on all fours looking for you in the daytime with a flashlight. You’ve just been searching in the wrong places!  They are hidden among the straight men. I kid you not, the places you’ve been avoiding due to the plethora of straight men (and their crazy straight girlfriends) are where all the eligible gays are hiding out. Below is our guide to finding a man in all the wrong places.

You might assume this bar is just for sports fanatics looking for an extensive draft list and a TV. Well, you know what happens when you assume…. there’s an ass and there’s u and me, but neither of us gets it… I have no idea what I just said, but the point is don’t assume! Anyway, this bar has all sorts of frills that are dragging the gays in: free popcorn, board games, trivia, men who love watching other men tackle each other and movie nights in the backyard. Not convinced? This dog friendly joint recently had a Golden Girls marathon (I mean they might as well just rename this place Stiff Dicks and get it over with). So, grab your Bears gear (No silly. The Chicago Bears is a football team…. but do wear a jockstrap, you never know when one of these guys is going to want to touch down on your end zone — Gay puns are kind of my thing) and come out for a good time. You might not meet the man of your dreams, but there are definitely some gays ready blow your whistle (I did it again!)

You’re gay and you love ice skating. So, why aren’t you at Bryant Park? Too many kids? Too many wedding proposals on the ice? No room to cruise? Well, get your butt out there. Eligible gays are on the ice channeling their inner Johnny Weir. The man of your dreams is out there with his 10 year old cousin teaching her how to ice skate while you are getting yet another circle jerk started at one of the two gyms you frequent. And who are we kidding? Gay or not, there is group masturbation happening at almost every gym, so if all else fails, you can always go back. The type of guy waiting for you at Bryant Park is closer to boyfriend material. He hangs out in midtown because he works close by ($$$$), he has killer legs and he gives new meaning to busting your ass on the ice. So, quit it with the cold feet and get on the ice.

Knowing you, you don’t spend much time on a bridge, why would you? Bridges are cold and windy and full of Australian tourists and dog walkers. Well, the man of your dreams could be waiting for you there. There’s nothing like a cute guy with tight jeans, a really nice butt and groomed mustache on a bike. This guy has been traversing the Williamsburg Bridge almost everyday. He likes to be active and on his feet, he hates the subway, he wears plaid, he smells of whiskey (in a Jon Hamm kind of way, not a Kiefer Sutherland way) He was meant for you. Why don’t you go for a stroll, you never know who you might meet.

Wait, I know what you are thinking. But, you are desperate at this point. I don’t think you realize the number of gays moving to this city everyday and they almost always come through Penn Station. Now, there are different types, so beware. You may find a 20 something year old starting a grad program at NYU. He’s date-able, but will of course sacrifice any time with you for studying. There are the actors moving to the city. They are poor though and they might try and move in with you and steal your Metro Card. What you want to find is a nice European man who needs someone to show him around. It’s perfect. He will undoubtedly sleep with you the first night (he’s European), he probably has some money (he’s European) and he has a nice fat uncut piece of meat (he’s European!). So, take another lesson from Legally Blonde: The Muscial. He is gay and European.

Don’t look at me like that. I know what I am talking about. Yankee Stadium is where all the gays go during baseball season. They have gotten tired of searching for you and resorted to hanging out with their straight guy friends, and straight guys just love them some baseball. It’s a tragic love story like Cinderella or Rapunzel. A gay man forced by his evil step-friend to watch a baseball game he has no interest in. He slowly eats hot dogs without the bun in hopes of luring in his prince. And so you know just what you are about to get, he wears a jersey that says “pitcher” or “catcher.”  The Yankee Stadium gay is patient (those games are long as sh*t), tolerant (I don’t know how he deals with a stadium full of baseball fanatics) and knows that navy is an underused color for your wardrobe. So, start feigning your interest in baseball now. Once you find him you can both give up the charade and go get drunk at Boiler Room like normal people.