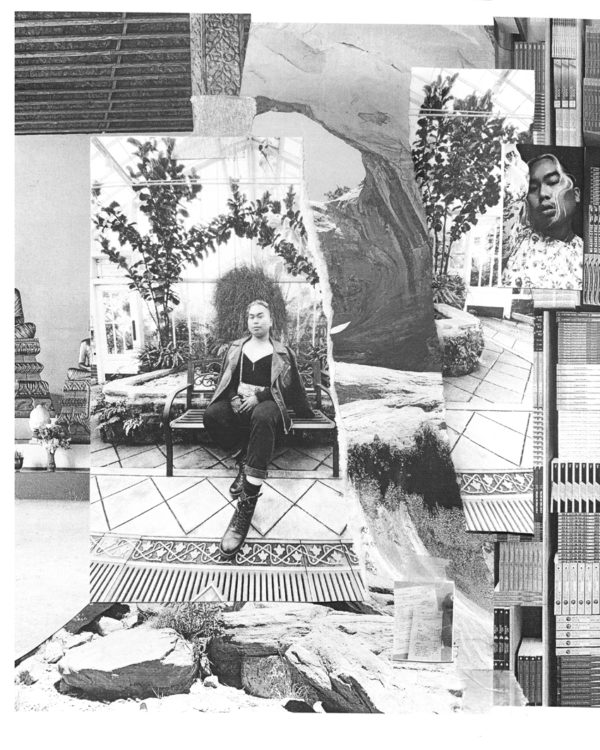 Paul Tran (they/them) has had dreams come true. Their debut poetry collection, All the Flowers Kneeling, was released earlier this year by Penguin-Random House in the U.S. and the U.K., and their work has been featured widely, from the pages of The New Yorkerto the soundtrack of the movie Love Beats Rhymes starring Azealia Banks. When we asked the writer to whom they’d like to give flowers, Tran was emphatic: “My mother deserves all the flowers in the world. She came to the United States from Vietnam in 1989. She raised me on her own and made it possible for me to be the first in my family to graduate high school and go to college. Now I’m a tenure-track assistant professor of English and Asian American Studies at the University of Wisconsin-Madison. Everything I do is driven by my hope to give us a life we can be proud of. My book is titled All the Flowers Kneeling, and when I think of who the flowers kneel for, I always first think of her.”

The elements that Tran alchemizes to create magic are love, language, and time. Meditating on the idea of possibility, Tran explained, “I used to think that, if I could, I would go back in time and change the course of my life. I’d tell myself, and those I love, that we were doing our best, and I’d tell us that a better life was yet to come. But, now, I think that possibility means going forward, to keep going forward, daring and dreaming, and to keep seeing what extraordinary magic we can make happen with this life.” As deeply embedded in language and life as a poet of their talent must be, when asked on what they didn’t expect to have learned from love, Tran answered, “As a survivor, I learned that you can’t spell the word ‘violence’ without the word ‘love,’ but that you can spell ‘love’ without ‘violence.’ I also learned that there are so many ways to survive, and that the word ‘survive’ rhymes, and therefore has an inextricable relationship with, the word ‘live.’ And that’s what I intend to do. Live. Be wildly and bewitchingly alive.”

This professor is also a student and practitioner of beauty. When asked what sentence never left them after they first read it, Tran chose an excerpt from Toni Morrison’s The Bluest Eye: “Beauty was not simply something to behold; it was something one could do.” Another influence is Mariah Carey. “I wrote my first book listening on repeat to ‘I Don’t Wanna Cry’ from her debut album,” recalls Tran. “She inspired me, and continues to inspire me, with her songwriting, her daring and vision. I learned not only how to write poetry from studying her songs but how to render the complexities of a human life, with dignity and discovery, in art. Right now, I’m listening on repeat to ‘The Roof’ from Mariah’s Butterfly album.”

A printed version of this story will appear in GAYLETTER issue 16. Pick up Paul Tran’s book, ‘All the Flowers Kneeling’ at The Aesop Queer library at the Williamsburg Store in NYC, The Silver Lake store in L.A. and the Queen Street West store in Toronto from June 20th-26th.