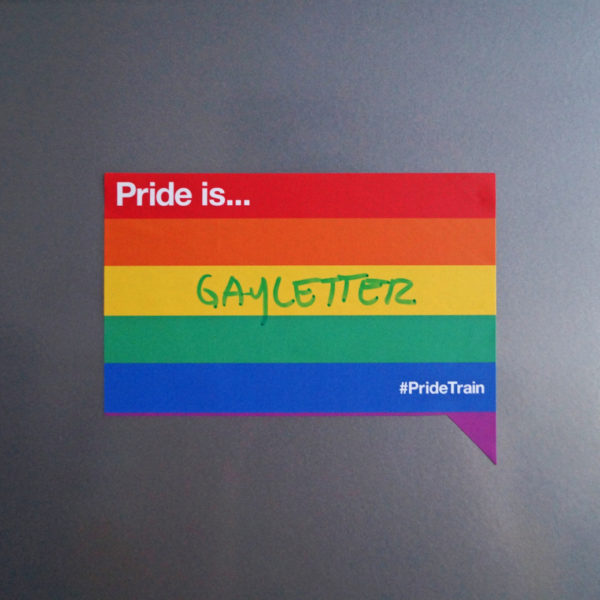 MTA is cracking down on bigotry, homophobia and prejudice for Pride

If you’ve been on the New York City subway this June, chances are good you’ve seen the colorful #PrideTrain MTA-style posters hanging up in stations all over the city. When I first saw one I naively assumed it was an official service information announcement with a fun, gay rainbow across the top as a nod to the month’s theme. However instead of train info, the posters read: “No bigotry, hatred, or prejudice allowed at this station at any time.” And instead of the MTA, the posters are the work of the #PrideTrain Initiative, a campaign launched by SVA Design faculty and alum Thomas Shim and alums Ezequiel Consoli and ​Kyle Harrison. The series came about a year ago in June 2017 when the facist administration failed to mention anything about the nationally recognized Pride Month, despite naming June “National Homeowner’s Month.” Inspired by this and “the feeling that hate was on the rise,” the team took their message of love, inclusion and pride straight to New York’s most public place.

The guerilla-style series features text pulled from LGBTQ+ pop culture under the headers “travel alternatives” and “reminder,” designed to mimic official MTA announcements. One particularly current travel alternative even reads, “Miss Vanjie, Miss Vanjie, Miss Vanjie…” As for the actual MTA, Shim says they’ve never made an official comment on the series, though they have removed some of the posters from their stations. Regardless, the posters are showing up all over social media under the hashtag #PrideTrain, printed along the bottom of each one. For the team, the online dimension is just as important as the physical one as it allows the posters to be shared beyond the scope of New York City. As for their intent, the Pride Train Initiative team says, “We want people to remember that love is stronger, more colorful, and more shareable than hate.” 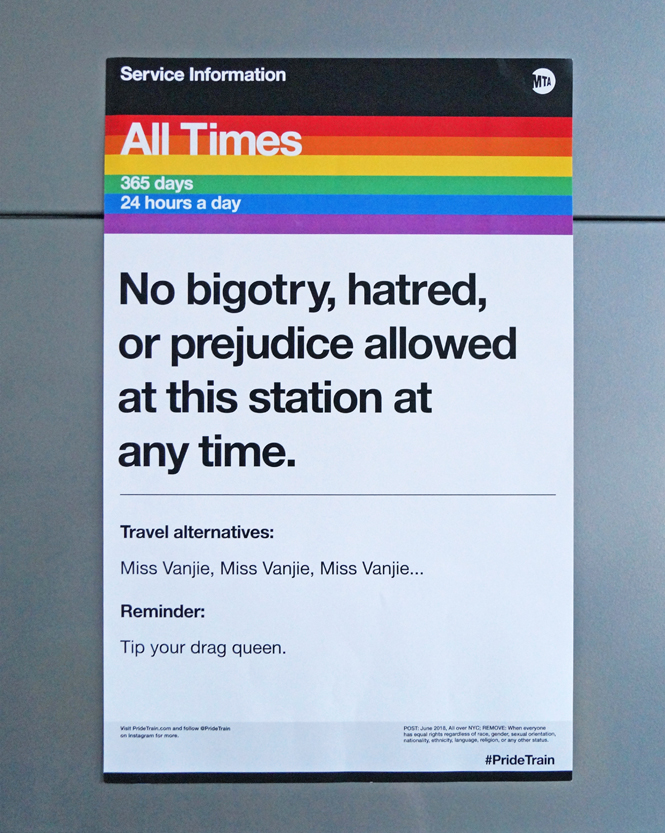 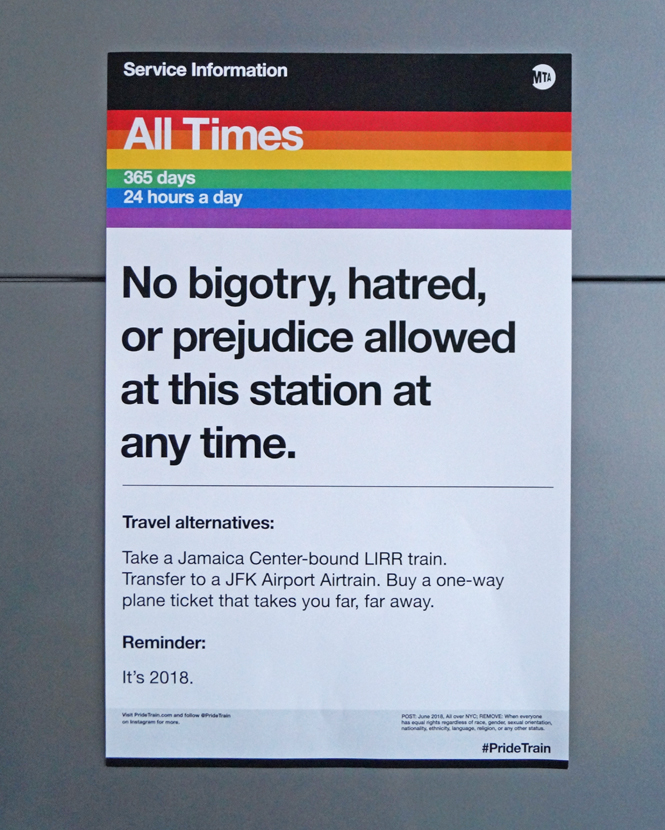