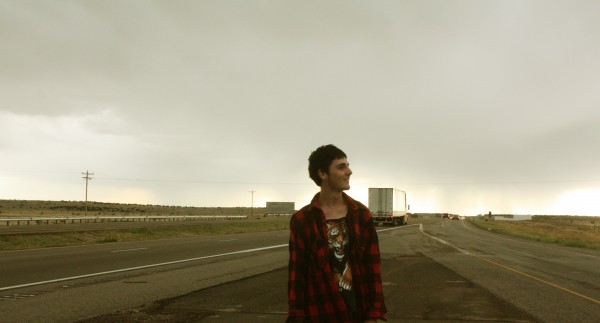 Mount Vernon — hell…this town is surely cursed. Alice and I were stuck in an obscene thunderstorm and couldn’t get a ride for an entire day and night, we were offered crack by a guy with a knife and forced to eat along side truckers from all over America. Fuck you Mount Vernon — fuck you. Then a lovely doctor came to our rescue — he loved jazz music and we loved him — he dropped us off in Joplin and our journey continued.

In Joplin Alice and I encountered our first hitchhikers — we shared an intersection and tensions were high. There was an instant feeling of competitiveness and suspicion — we were no longer hitchhikers, we had instantly been turned into racers. You’d expect other hitchhikers to enjoy our presence but apparently that’s not how this world works. We’re all fighting each other for automobiles and experiences. Then a cop pulled up and told us that hitchhiking is illegal in Joplin and he told us to leave…he didn’t tell the others to leave though, are they regulars? Have we been beat? We have. So we walked down the street and luckily got a ride from a Christian family and their foster child, they took us to Big Cabin after forcing us to join them in prayer.

Big Cabin is an absurdly tiny town. Interstate-40 passes through Big Cabin and some other highway does too, there is also a gas station and an oversized Native American statue that didn’t look very happy… very Twin Peaks. Alice and I were waiting for a ride for about 3 hours and begun to get very frustrated. Alice then came up with an idea that could potentially revolutionize the concept of travelling. “Go on Grindr and ask for rides” she said, “Wow” I said — I was at the App Store in less than 10 seconds. I most likely said “wunderbar” too — for some reason I begun saying wunderbar a lot, not sure why it happened…but it did. Wunderbar.

Our plan was to drive from Big Cabin to Tulsa but this was the day of the Oklahoma tornados and no one wanted to go to Tulsa — thankful they didn’t because I could’ve become Dorothea instantly, Alice would be the Lion. A young guy named Zack then drove up in his wunderbar pickup truck and offered to take us to Sallisaw — we were desperate and knew Tulsa was not going to happen. We were bummed though — Tulsa has gay bars, Sallisaw has none. Zack was a lovely driver — funny, charming and friendly – he also told us how much money he makes, he’s 19 years old and earns more than my family and most other families for that matter. It was an intimidating number that I will not publish. Zack asked me what I do – I tell him an artist, he says “there’s not a lot money in art is there?”…no Zack — there is not. Unfortunately Alice and I couldn’t experience Sallisaw very well — we were locked in our room with Dr. Pepper, Wild Turkey and one of the best movies of all time High Fidelity. Sallisaw was in the “danger zone” for the tornado according to the plumb shaped weatherman.

I left a note on the side table of the hotel next to the tip for the maid. “Although the masters make the rules for the wise men and the fools I got nothing, Ma, to live up to.” — I wonder what they thought of that.

In the morning we got a ride with a woman who had just left her crack head husband and taken her two (very loud and very active) children — it was ride we appreciated but did not enjoy. We were dropped off about two and a half hours out of Sallisaw. Then we got a ride in the back of a pickup truck, finally! Now we’re true kountry kidz right? The woman who owned this divine automobile had her 4 kids in the car. Her hair was equally divided into two colors, dark purple and cream…it was very unsettling. (Alice is not happy that I am using this picture) 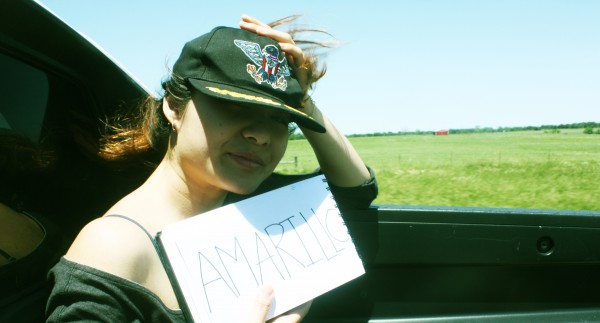 After this wunderbar ride we were dropped off in Oklahoma City — this is where we met Ezekiel. Thank god for Ezekiel — finally someone that we could communicate with. Before Ezekiel each and every person we had met had been so far out of our head-space — we shared absolutely no common ground with any of them — which is undeniably fascinating and enlightening but now we could just chill and talk about Alejandro Jodorowsky and Teenage Jesus & The Jerks. Funnily enough Ezekiel was the first person since Manhattan to recognize homosexuality in a positive light. Thank you Ezekiel — you proved that middle America isn’t totally full of freaks with fucked up politics and surrealist mannerisms. We were dropped of in El Rino — we had our thumbs out for three and a half hours — I got bored and made some roadside art work. Don’t ask me who Phil is because I don’t know — delusion has taken over — the highway puts your brain in states of aberration. 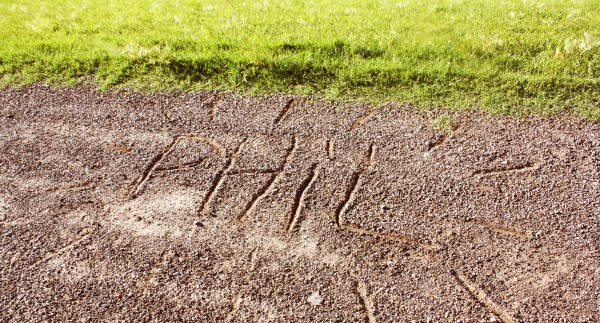 Then we got a ride…Being forced to communicate with the dullest man in the world for 6 hours straight is brutal — thankfully Alice did most of the talking. His name was Tony and he really enjoys Christian music and building churches, he also has an interest in introversion and extroversion. Maintaining a conversation with such a man is extremely difficult especially when they speak in short phrases and painfully monotone expressions. We did however make wonderful progress and ended up in Amarillo, which we weren’t too sure we’d make it to.

It’s the morning after our one and only Amarillo evening — hazy memories and a rotten headache have taken hold of me. What kind of debauchery did I get up to last night? 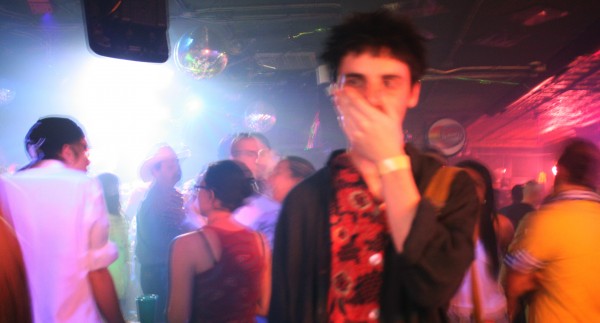 I remember being groped by a gay cowboy (Alice’s favourite kind of man). I remember visiting two bars. I also remember picking up a very large can of Budweiser at a drive thru liquor store — though I don’t remember having a car. I remember being unnecessarily excited about being allowed to smoke indoors at this bar/club. I remember a fuck load of people with a fuck load of energy and one guy who couldn’t have been older than 15 with a fuck load of interest in me, regardless of my floppy armed state of being. I remember that there were no drugs at the place — there couldn’t have been — everyone was way too clean-cut and smiley for any humble drug activity. I remember saying to Alice “I’m so drunk” in a high-pitched flamboyant and slurred groan. I remember saying to Alice “I’m so drunk” again, now that I look back on it I think I may have said it at least 12 times. I remember Alice saying — “I know you’re drunk, you told me already.” I also remember the names of venues — Kicked Back and Sassy’s — I’m just realizing the funny combination of those names.

“You really look like you need something to eat” said the urban cowboy in the Amarillo morning along the highway — what a great compliment I thought. Little did he know that I just ate a mighty big waffle breakfast at Denny’s — “I’m alright, thanks though.”  The urban cowboy dropped us off at the edge of town so we could get to Albuquerque, New Mexico, which surprisingly we did. We’ve been very successful the past few days — I’m beginning to worry that our luck will run out soon. We couldn’t have done it without the lovely Edward Sharpe fan with the hippy mother or the two college students from Dubai who love Lady Gaga and fast cars.

For the first time we made it to our destination relatively early in the evening, which meant more time for drinking and socializing with the locals, I thought. Bars and clubs in Albuquerque close at 12:30…fuck.