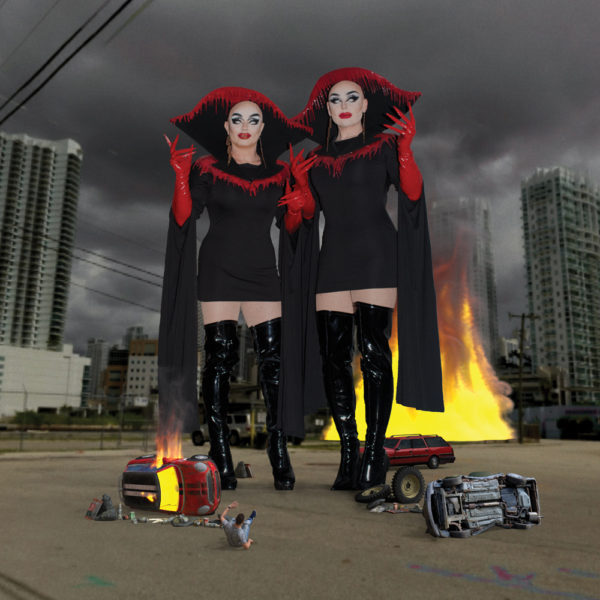 The Boulet Brothers, Swanthula and Dracmorda, are the delectably evil hosts of Dragula, a competitive reality show shining a light on the freakish corners of the drag world. As fans of the duo and their show, we had a few questions we were just dying to ask.

How did you become interested in the macabre? Any dark, early memories?
DRACMORDA: We have both been interested in darkness, mystery and magic since we can remember. It’s interesting you ask that, because we recently moved, and I came across a collage I made when I was in school — sort of like a dream board. Our personas today, and Dragula, are literally everything that was on that board. It was a mix of 1950s sci-fi movies, haunted houses, 1930s dark movie starlets, extreme avant garde fashion —  I mean it was literally Dragula.

How did you meet, and how did the Boulet Brotherhood begin? Do you have drag mother(s)? Who helped along the way?
DRACMORDA: Well, we don’t really do the drag family thing, so there are no mothers or daughters or thrice-removed cousins to speak of.
SWANTHULA: Much like the mythological story of Athena, who emerged from the forehead of Zeus, fully grown, the Boulet Brothers just appeared as completely realized beings.

Who are the Boulet Brothers separately? Who is Dracmorda and who is Swanthula, before the hair and makeup?
SWANTHULA: I have always felt that the great and powerful Oz’s fatal mistake was allowing anyone to see behind his curtain.
DRACMORDA: Yes, I agree. But I think as far as looking for differences in our personalities, you can see them when we’re judging the show. I think Swanthula sees things in a more fluid, painterly way — there’s a lot of magic in the way she sees and presents information. I tend to be more authoritarian. I see things very literal, and I am blunt. I noticed viewers have interpreted my delivery as harsh or “read-like,” and we always laugh about it, because it’s not the intention. For people that know me, I just speak very frankly.

Who are some of your inspirations?
DRACMORDA: We’re both inspired by horror, fantasy and science fiction, and drag has allowed us to create and live within a world made up of those things. Between working on the show and the nightlife events we produce, we are working all the time, so we’re surrounded by all the things we love. We also get to spend time working with and around other artists who share our interests, so it’s very rewarding. 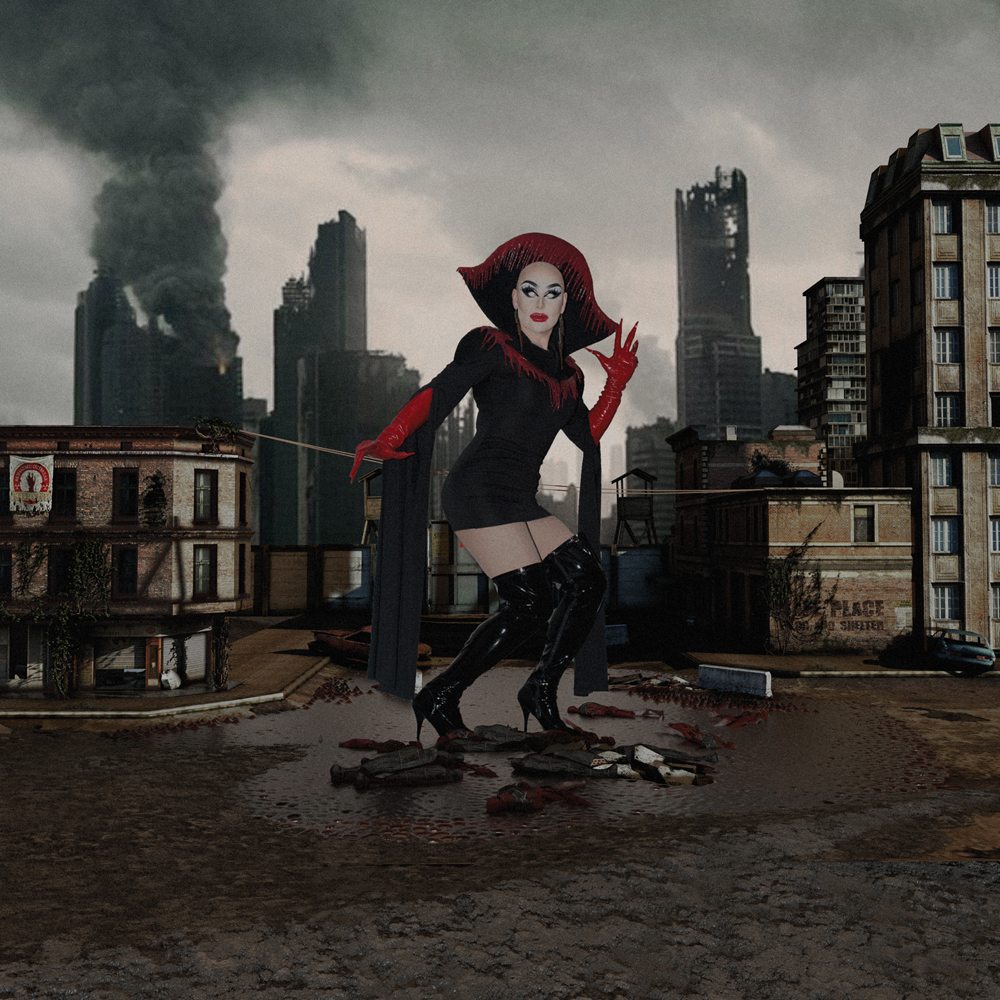 How long does it take you to conceptualize and produce a look?
DRACMORDA: We don’t really sit down and say, “Let’s come up with a look.” We’re together all the time and sort of in a constant conversation, so things just spring up as we go. We might see a poster of an alien and just start riffing on it, on how cool it would be to do this look or that based on it.

What does the horror genre mean to you? Which horror films make you smile, which make you squirm?
SWANTHULA: The horror space is a place where the rules of reality can be manipulated and where basic, pretty people are slaughtered on the regular. It’s wonderful! Growing up queer forced me into an intimate relationship with fear at a very young age. It’s a relationship that lasted into my early 20s, and I believe that many young queer people have had the same experience. The horror genre has allowed me to draw inspiration from that well of darkness and to transform it into empowerment, creativity and fun.

Where did the categories Filth, Horror and Glamour come from?
DRACMORDA: It’s everything we love — it’s drag, it’s diva, it’s scary, it’s off-putting, and it’s a fuck you to society and to oppressive, conservative principles. It’s very queer in the queercore sense of the word — we don’t want your approval and we don’t care what you think about us. We live loud and proud.
SWANTHULA: We have always loved and gravitated toward strong, feminine personas who are dark, filthy and fabulous.

What makes a good Dragula contestant?
DRACMORDA: Those who do the best on Dragula are tough, loyal, focused on their craft and resilient. Contestants who don’t embrace all the aspects of the show and think they can avoid certain unpleasantries — let’s just say it doesn’t work out well for them.

Would you consider running an all-star season of Dragula? Any ideas on who might return?
DRACMORDA: Absolutely. But it probably wouldn’t follow a format viewers are used to. As far as who would be on it, it’s basically already cast in our minds.

What’s next for Dragula? Any preview of how the challenges, the production and the casting might evolve in future seasons?
DRACMORDA: We are so excited to share the new season of the show with everyone! It is so incredible, and we’re bursting at the seams to release it. Season 2 just sort of blew up, so everything is getting bigger for Season 3. Literally every aspect of the show is more extreme and polished than it was in previous seasons. The drawback to that is that it’s taking a lot longer to produce and air, but everyone is going to see: It was worth the wait. 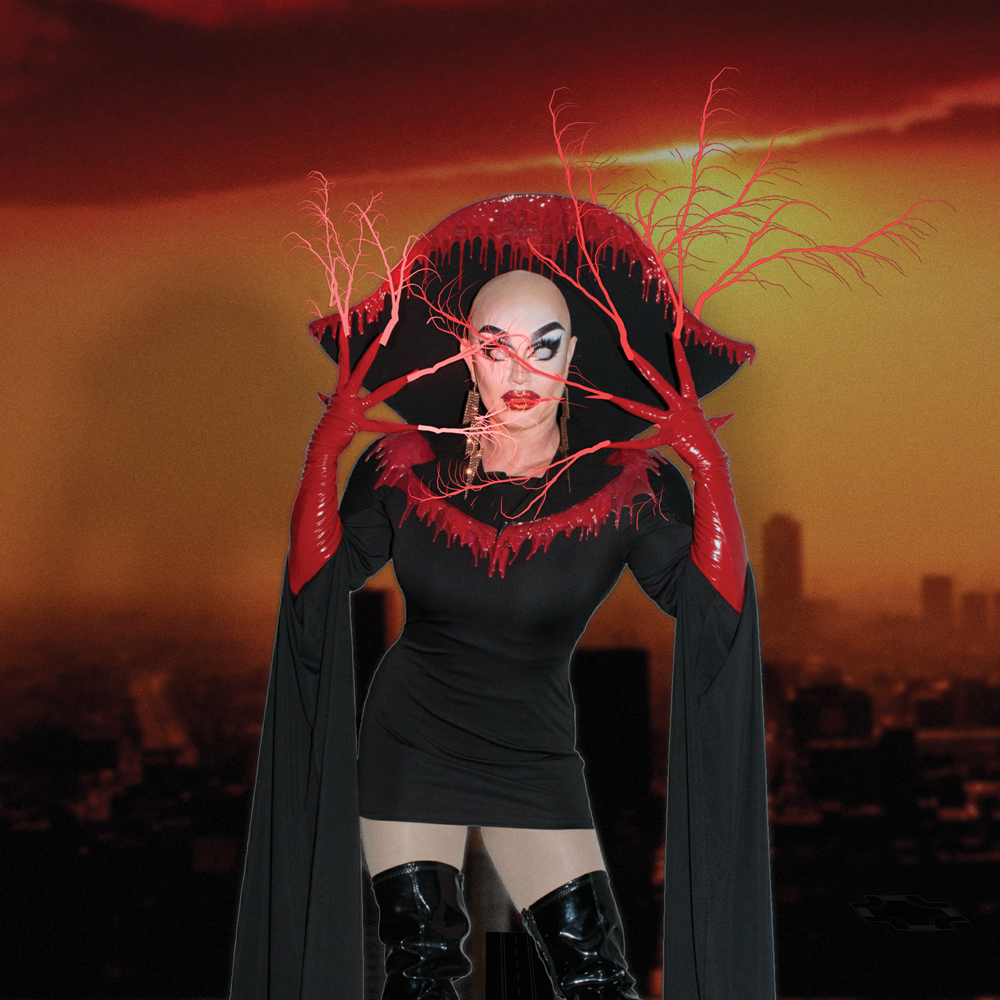