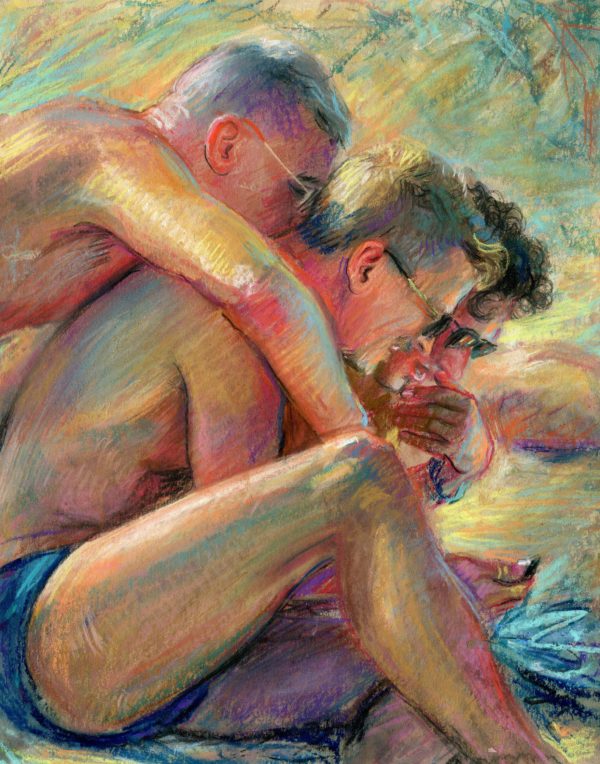 ALL ARTWORK BY TM DAVY | COURTESY OF VAN DOREN WAXTER

As cool air begins to blow through New York, Van Doren Waxter gallery reminds us of summer bliss, presenting This Marram, a show of TM Davy’s new painting/drawings of friends enjoying the Pines of Fire Island. It is the artist’s fourth solo exhibition at the gallery, this time featuring landscapes, portraiture, and the genre in between: people interacting with the delightful environment that surrounds them. Davy explains, “Every show I make is a personal meditation on love and life. The intimacies of my oil paintings have often developed through an intentional layering of time in my studio and home in Bushwick. But summer has a different feeling of time for me, not more or less intimate. Easier, perhaps, in the way that life and friendships flow more naturally and quickly across a beach and to a sunset. I found a way of making while I sit freely in the happening of that time and place, so the summer and the work could become one experience.”

All works in the exhibition are 14 by 11 inches — a portable size, easily taken to the site of inspiration, allowing Davy to observe and articulate various decisive moments ‘en plein air,’ subtly detailed with a flourish of gouache or oil pastel. His art may be understood as elaborating on the historical movements of Impressionism and Expressionism, taking the styles to a new height with hints of neon tonality and gestural, abstracted compositions of thick grass, textured clouds, and splashy tides. Arranged in the gallery space side-by-side, without frames, the collection is displayed sequentially. This format is most effective in the serial exposition of works depicting the stages of sunsets: scratchy and sketchy marks imply the patchy layers of colorful light cast though dense atmosphere, changing with each instance of time-bound perception. Davy is particularly adept at using yellows and oranges to indicate the sun lowering over the horizon, reflecting on the crests of waves. Similarly, the white moon glows in a few compositions, peering through the mist, reminding us that it is the same moon that has graced our skies for billions of years.

Community takes priority in the uninhibited realm of Fire Island, away from the complicated city life in New York. Davy’s portraits are deeply personal, devoted to instances of close connection to friends and family members, but also to the flashes of passing acquaintances with new people and animals, of wild abandon when those enjoying themselves let their guard down. “I fell in love with the Pines after BOFFO gave me a residency there in 2011, their first year on the island,” Davy remembers, “K8 Hardy and Ryan McNamara also had the residency that summer. K8 saw it was a place to start something and invited us into a house again the next year. We’ve been out there since, and BOFFO is still bringing the most brilliant people.” Along with Hardy and McNamara, other friends like Raúl de Nieves, Wolfgang Tillmans, Charles Renfro, Edgar Mosa, Casey Spooner, and Davy’s husband, Liam O’Malley, are found among the portraits on exhibition. His subjects are shown in contemporary scenes of laughing at cell phones and operating digital cameras. However, a sense of tradition pervades the work, of the queer intimacy that has made the island a venerated destination for generations. Unbridled ecstasy radiates through naked bodies as waves crash against their tanned skin and the balmy breeze rearranges their sea-salted hair with an erratic charm. The artist clarifies, “I never expected a person to sit still for me, as freedom is a delicate feeling.”

Davy explains the title of the show, This Marram, as a carrying a layered meaning. ‘Marram grass’ is the name for the long, spiky tufts of matted grass that stabilize sand dunes on coastal terrain. These fragile blades together build the strong barrier of the island, and may serve as a metaphor for the vulnerable queer people who have developed a powerful community through their unification. “Grass as a form of transcendent gay love is not new,” Davy reminds us, “Walt Whitman named his Leaves of Grass after this concept, probably having read the ancient Greek myth of the two lovers, Kalamos and Karpos. While swimming in the Meander River (ruled by river god Maiandros, the father of Kalamos), Karpos dies. In turn, Kalamos makes himself the grass that grows along the water, singing songs of his love forever. Karpos sends vines to grow beside his lover, bearing the fruit of wine—so when I am drawing the grass directly, I am thinking of the lovers who came to this place before me. And when I am drawing my comrades, I am thinking of that radiant grass. I am between them, sharing initials with This Marram — ‘TM.’” 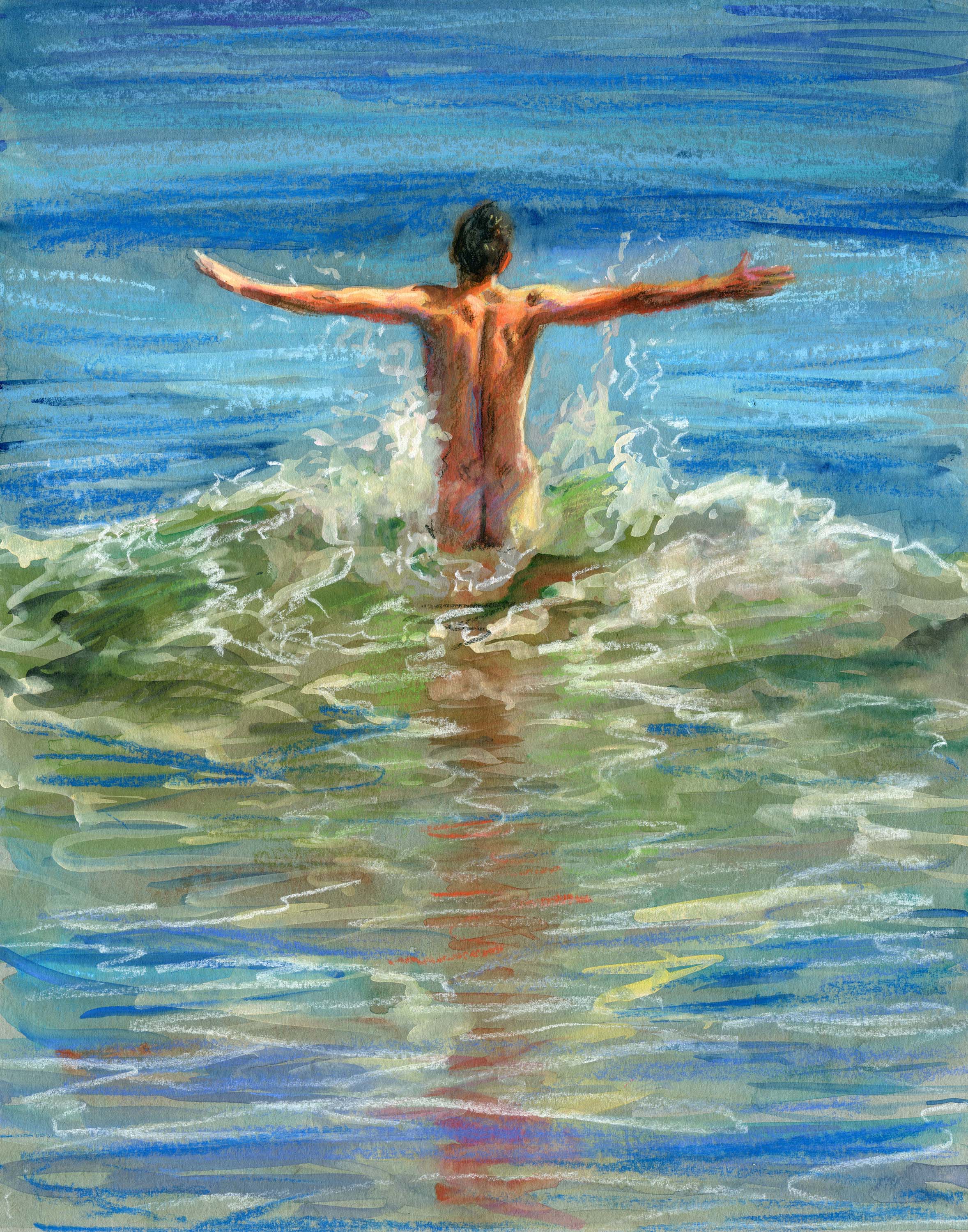 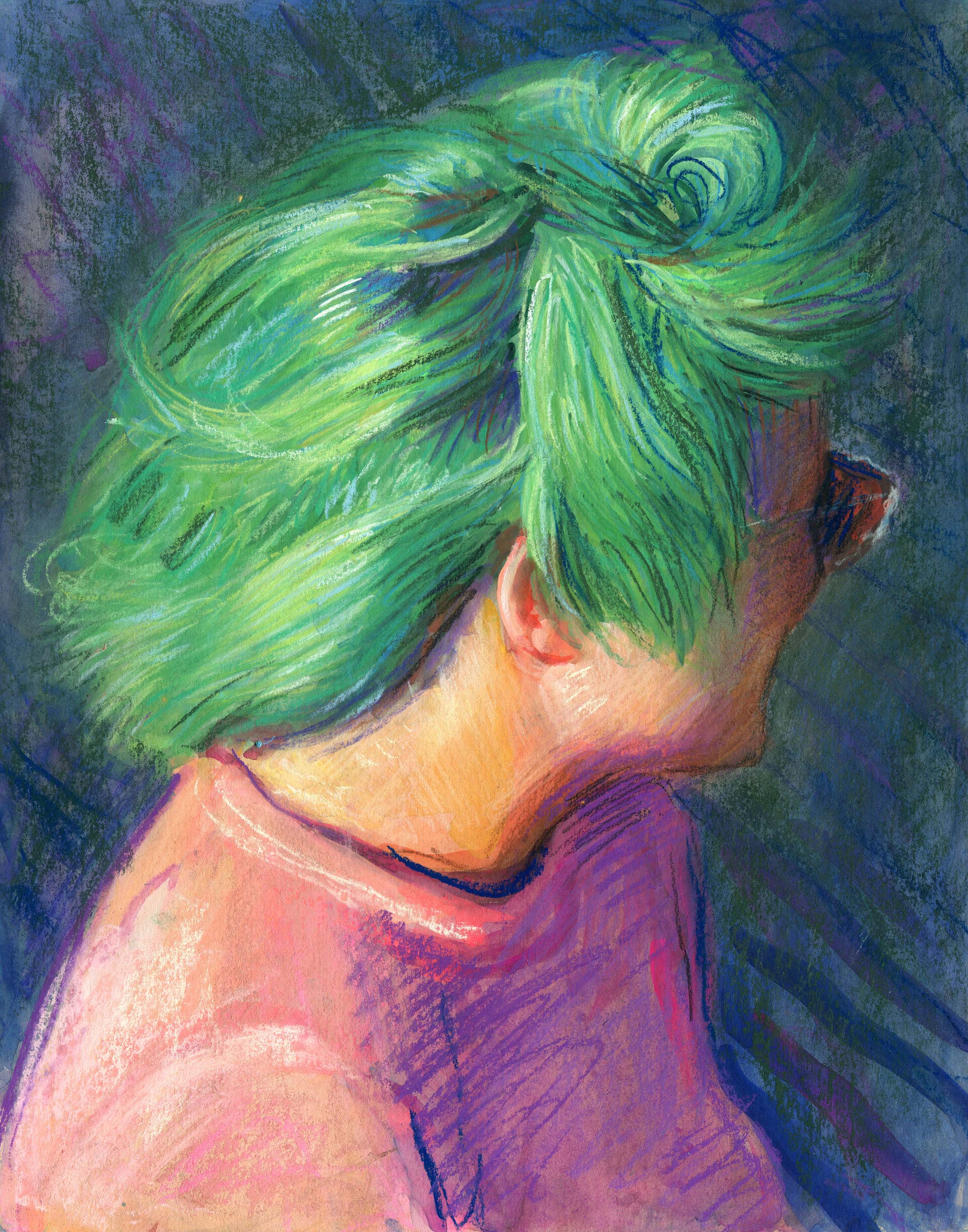 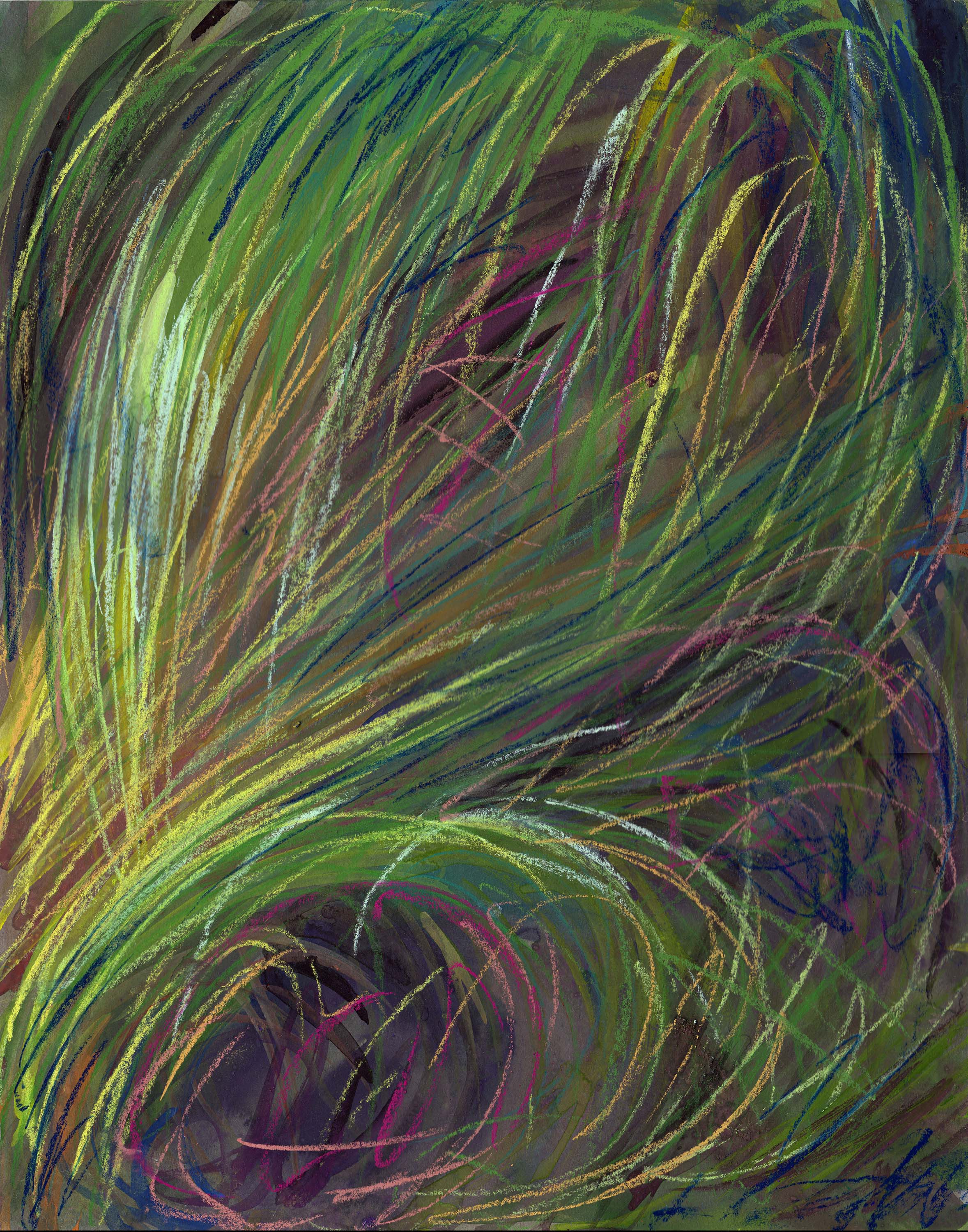 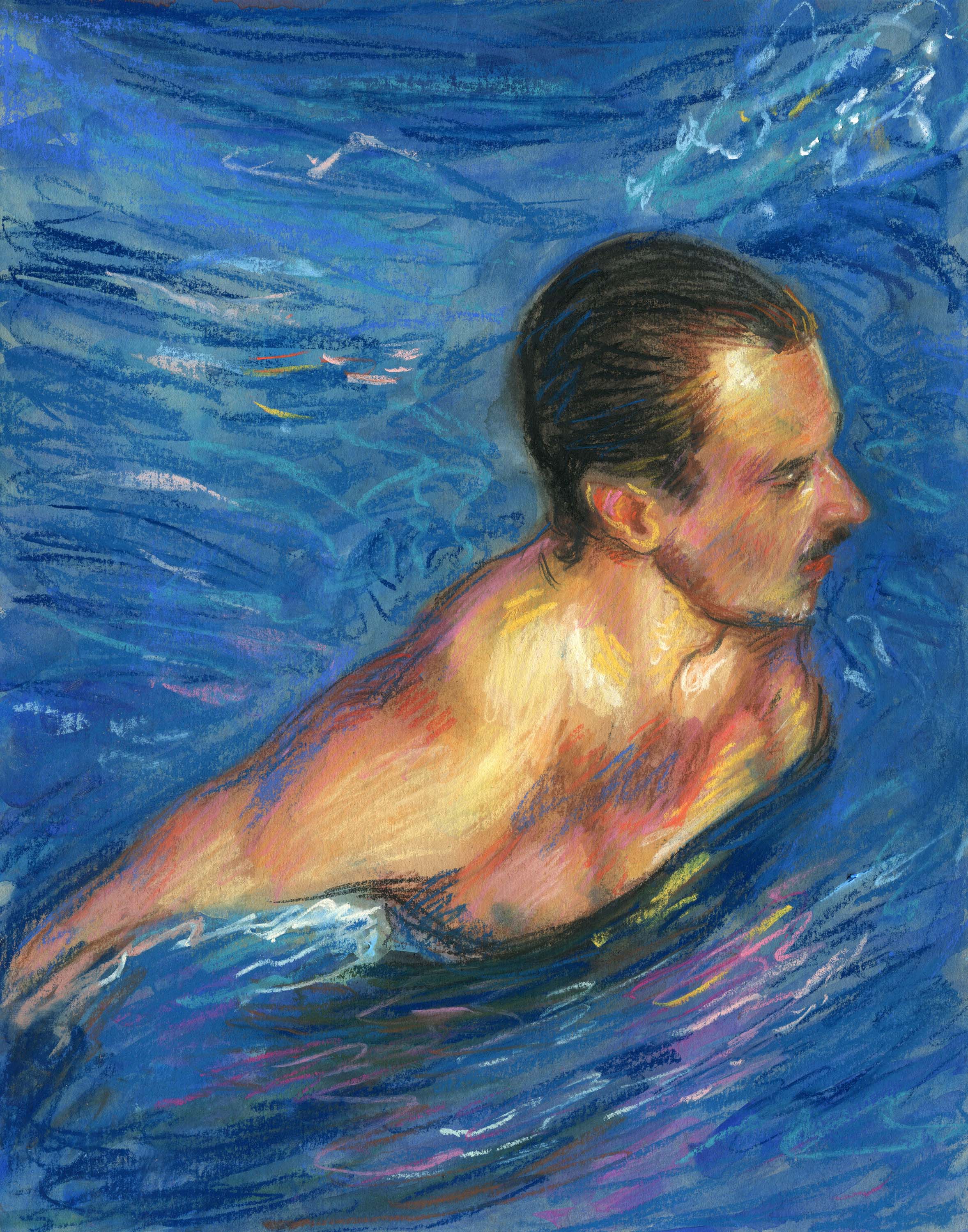 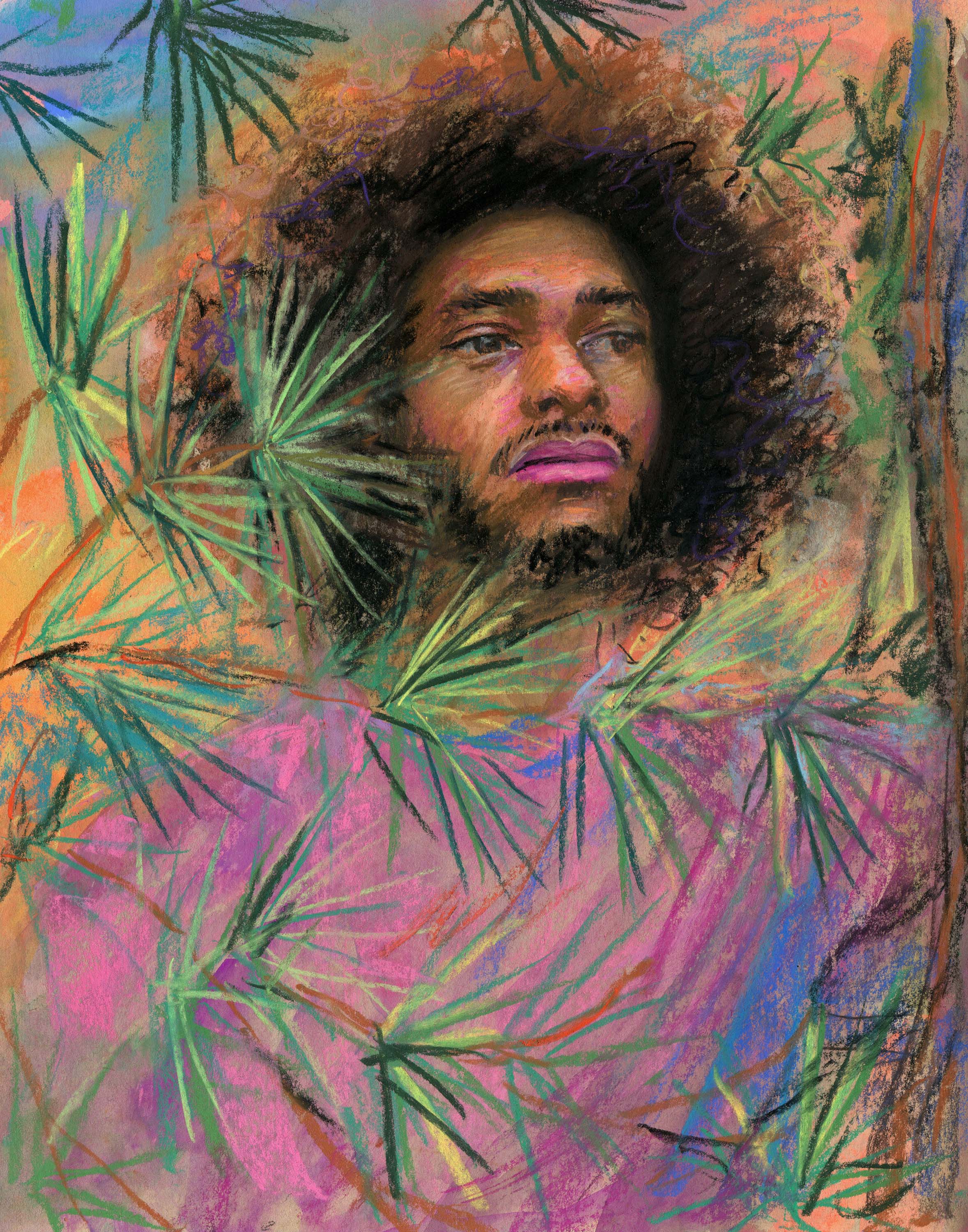 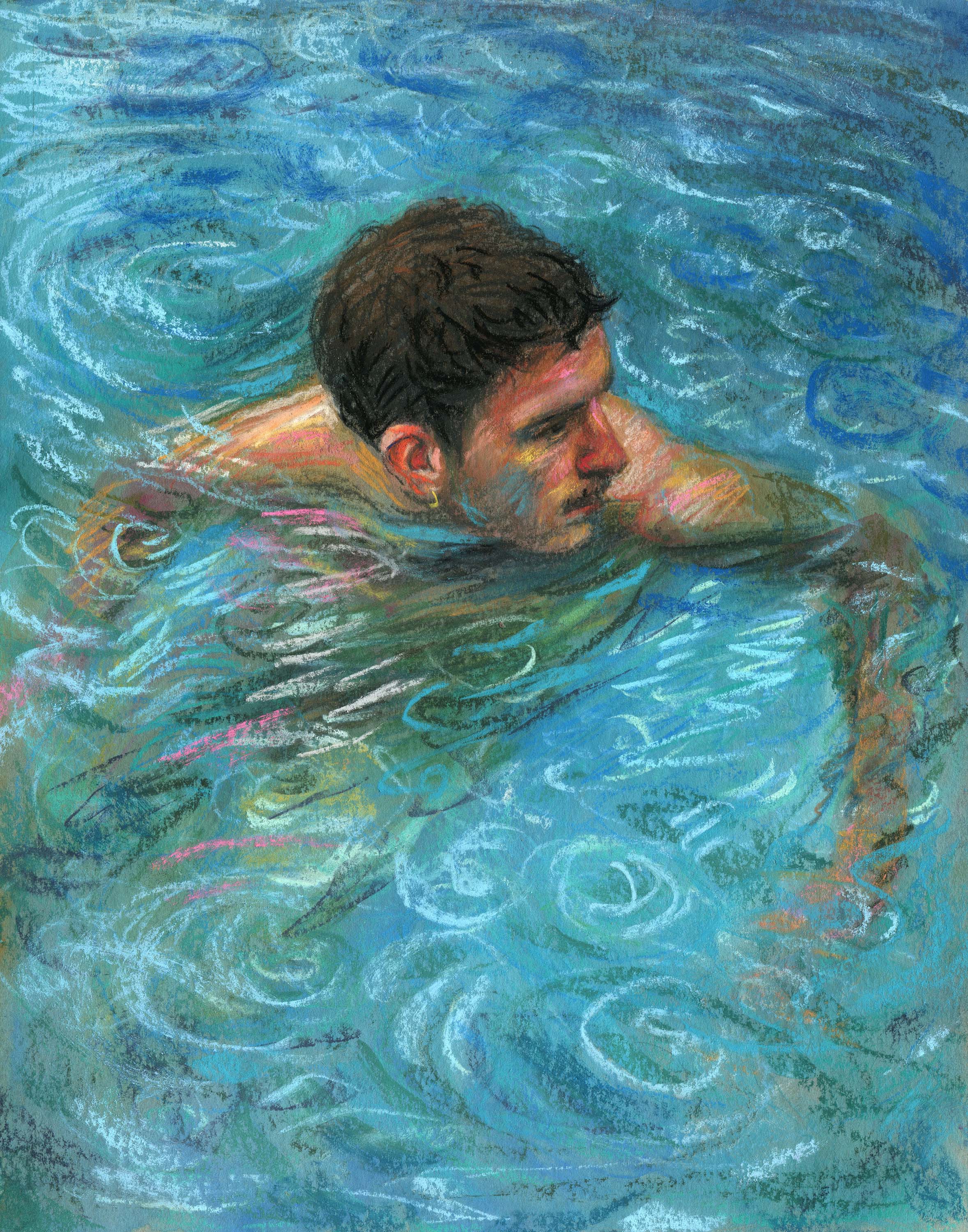 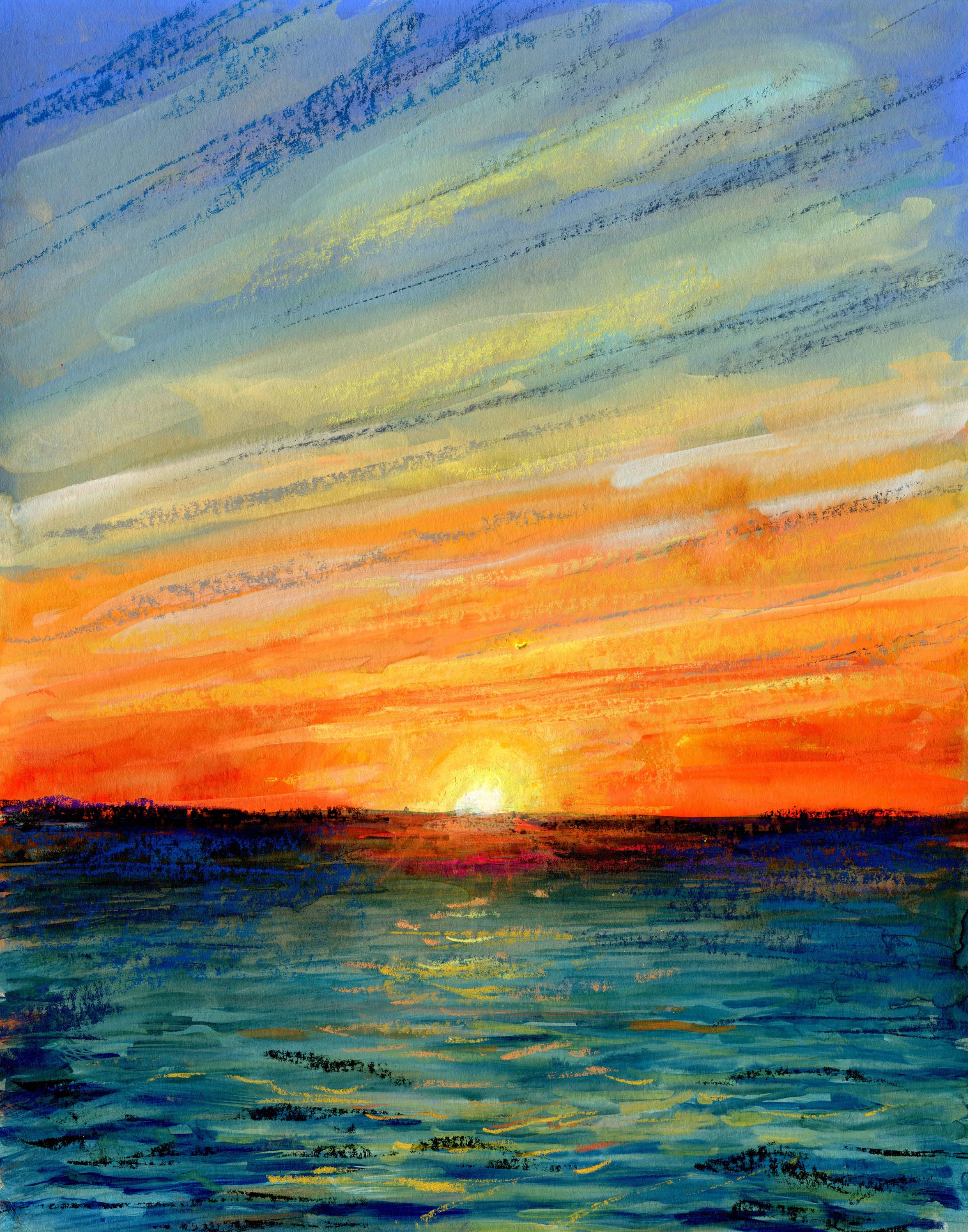 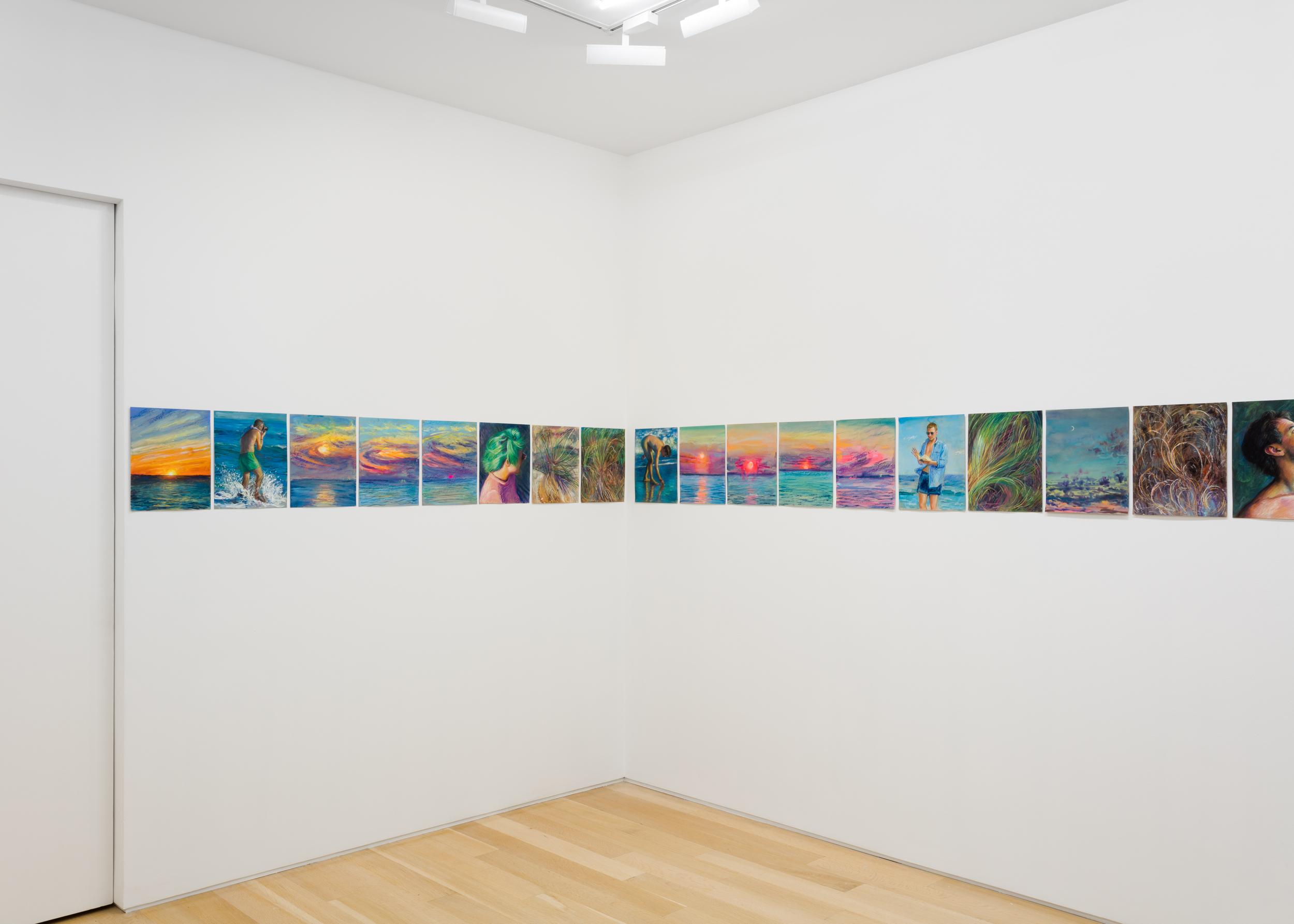 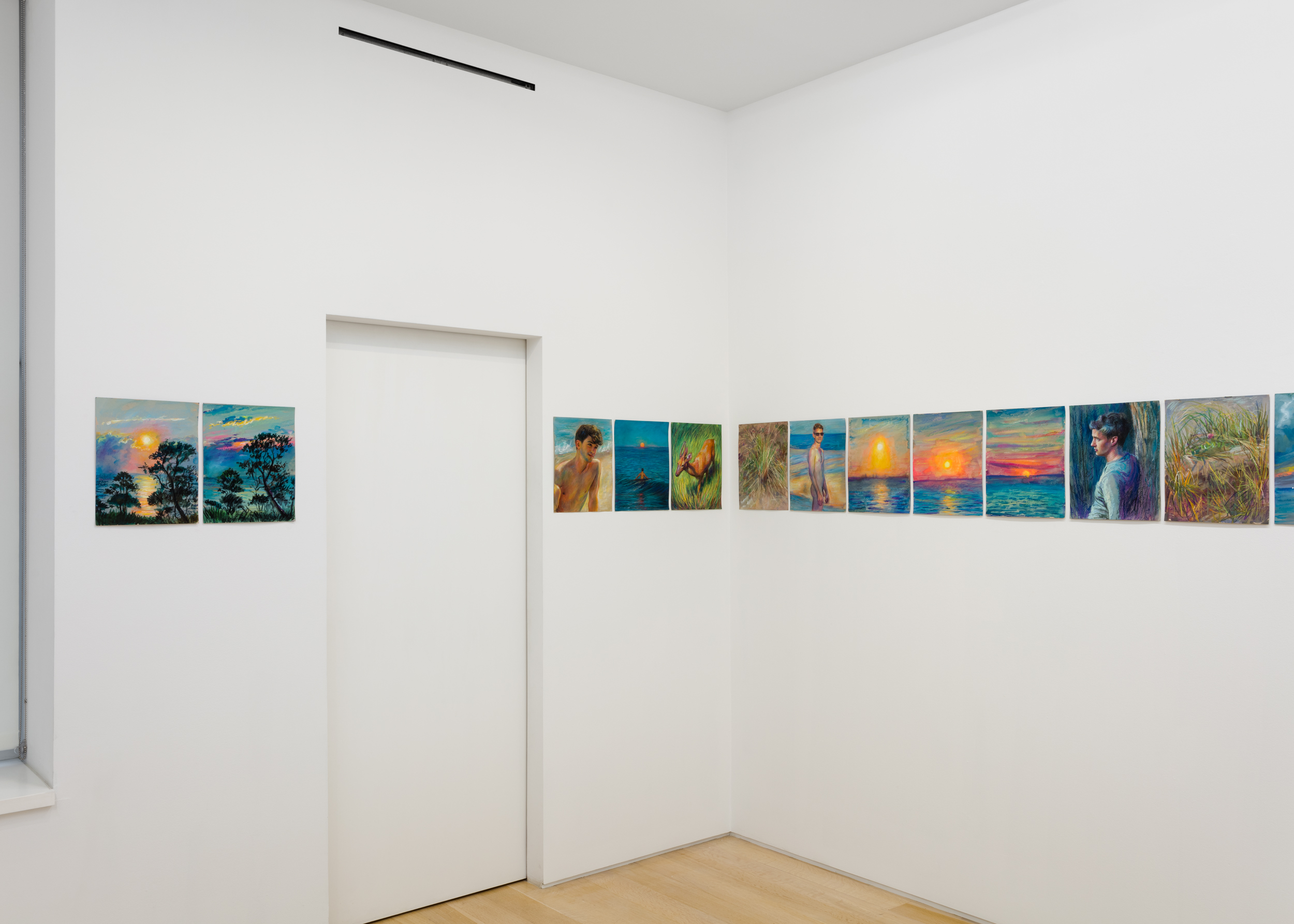 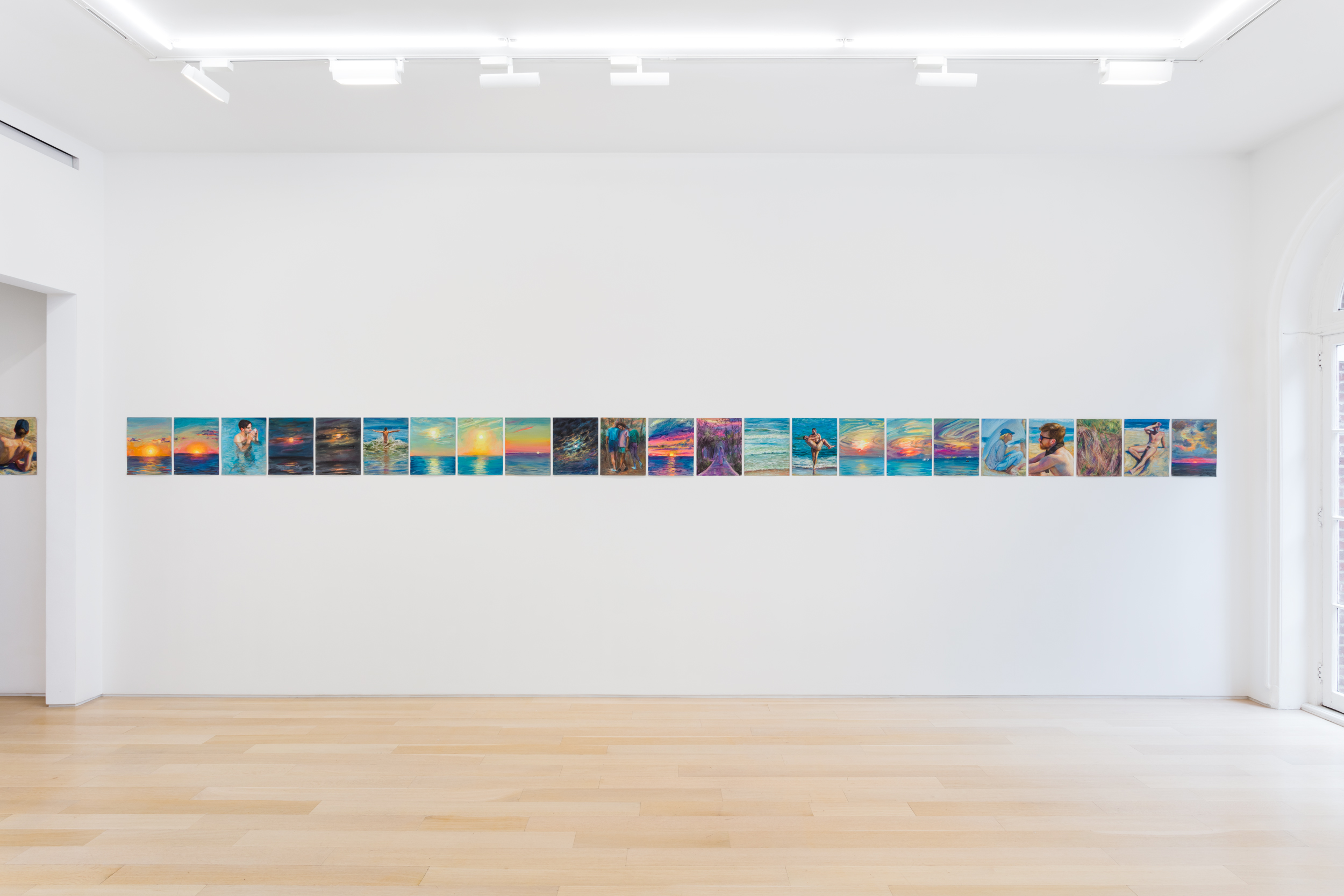 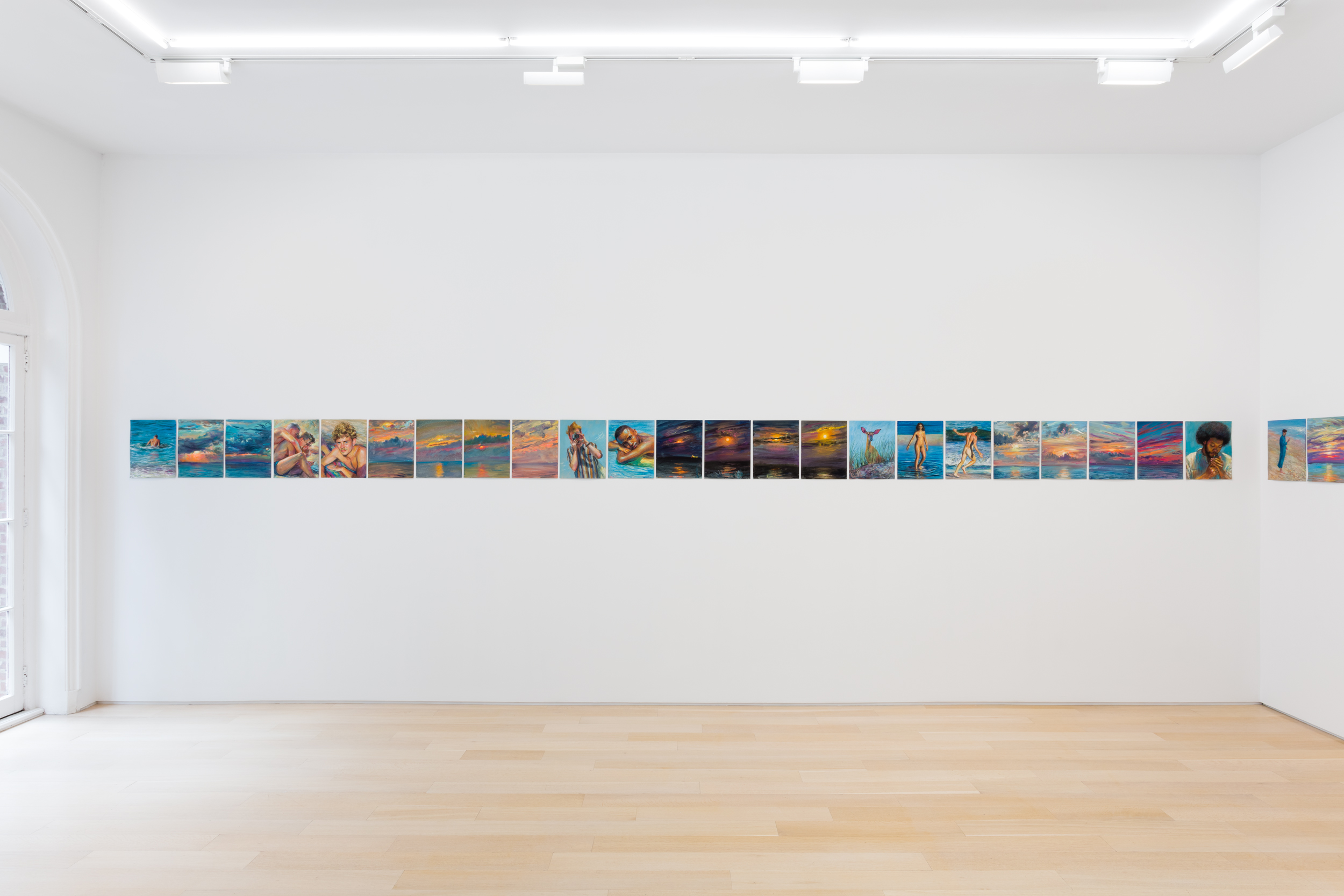 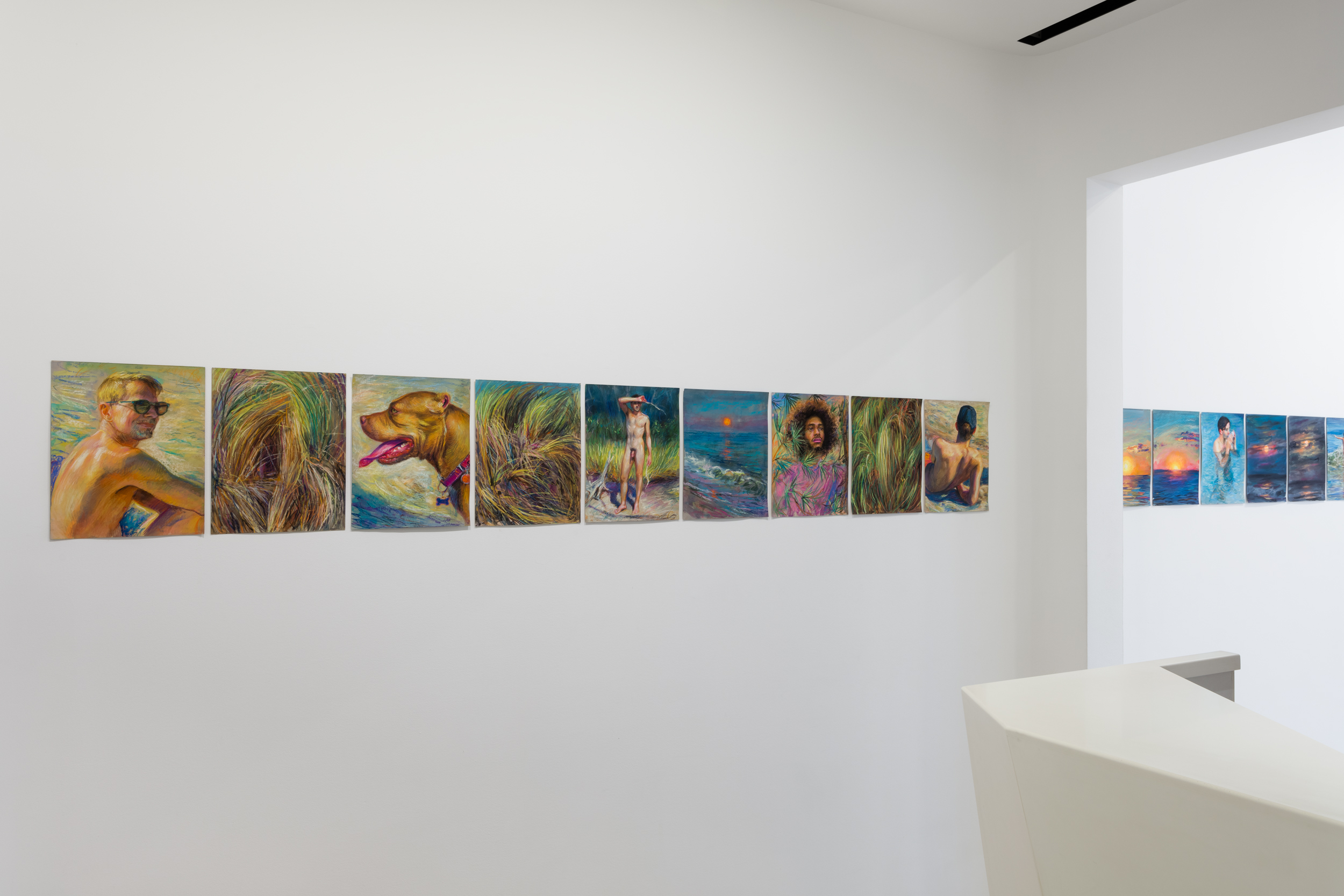 This Marram at Van Doren Waxter runs through November 2, 2019, and a public exhibition discussion at the gallery with TM Davy and MASS MoCA curator Susan Cross on October 12, 2019 at 2PM.