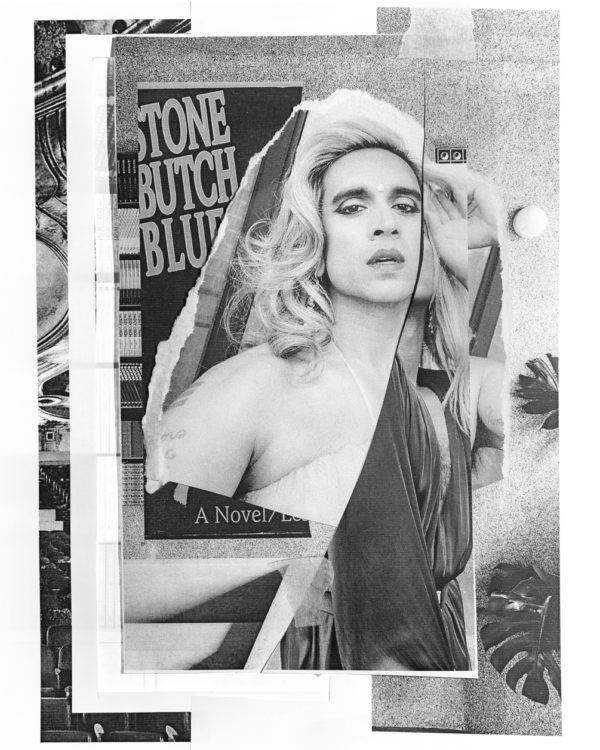 Vivek Shraya (she/her) is a chameleonic artist who has produced award-nominated albums like 2019’s Part-Time Woman, best-selling books like 2018’s I’m Afraid of Men, and a publishing imprint of her own, VS Books. In I’m Afraid of Men, Shraya shares her record of the traumas that homophobia, misogyny, and transphobia inflict. Her talent for pulling off whatever genre best frames her creative vision has long been nurtured by regular trips to the library. “Being an introvert,” Shraya recalled, “I wasn’t drawn to the so-called cool places in the mall, but I loved the Edmonton Public Library (which was also in malls!) because it was a quiet place full of adventure and discovery, where I could access dozens of books filled with knock-knock jokes, origami instructions, and detective stories. That library was a portal — I could go anywhere, try anything, be anyone — and for free, which was especially useful being from an immigrant household.”

The multidisciplinary artist’s commitment to community shines through when asked what changes she’d like to see by next year’s Pride. Highlighting values like respect and generosity, Shraya revealed, “I would love to see our communities address lateral violence more head-on. How do we find ways to be kinder to each other and if we need to hold each other accountable, how do we do this with respect and generosity?” This sense of responsibility is nourished by the wisdom that to care for the self is to care for others. , “A self-care practice that I’m deeply invested in,” Shraya shared, “is my friendships (and doing what I can not to just center romantic intimacy). Ultimately I have found that one of the only ways to care for myself is to care for others, which in turn, allows me to be cared for by others.”

For Shraya, Pride is best when it relieves the alienation that can attend growing up bearing an intersectional identity. Recounting a favorite memory, Shraya explained, “The first time I went to Pride in Toronto — it was also the first time I saw other brown queers. For so long, I had felt like I was an alien/the only one and it was so surprising and a relief to find out that I wasn’t!” Nurturing the possibility of connection is vital to Shraya. Asked what lesson she did not expect to learn from love, the artist said, “I used to think that you either have chemistry with someone or you don’t but one of the things that has surprised me about love is that it can grow! This is a hard thing to remember in a culture that is invested in immediate connections. So much can happen when you are willing to invest time in the possibility of creating intimacy instead of rushing it or expecting it.”

A printed version of this story will appear in GAYLETTER issue 16. Pick up Vivek’s book, ‘I’m afraid of Men’ at The Aesop Queer library at the Williamsburg Store in NYC, The Silver Lake store in L.A. and the Queen Street West store in Toronto from June 20th-26th.