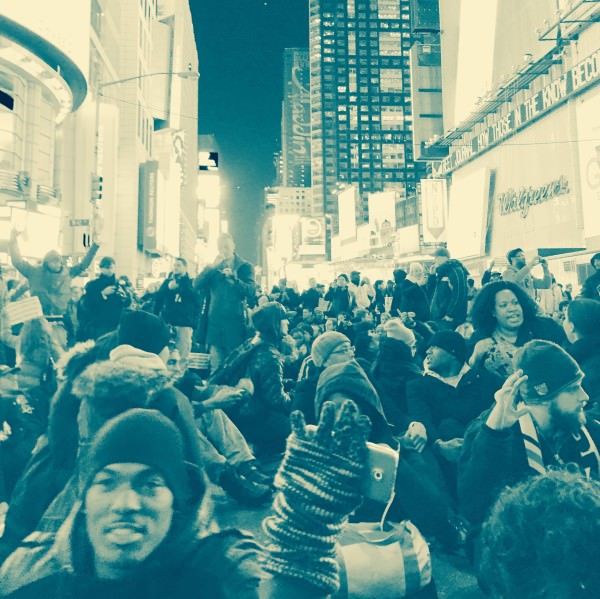 Hopefully you’ve noticed that there have been a lot of protests lately. This is because, as a wise man once said, “shit is fucked up and bullshit.” In particular, the (in)“justice” system in our country has failed to indict and charge with a crime two police officers that murdered unarmed black men. These two incidents (one here in NYC and the other in Ferguson) actually aren’t uncommon — as this New York Times interactive feature handily points out, police who kill innocent people are almost never punished by their own system.

Instead of being exceptions, these two incidents are chillingly representative of policing in the United States since modern police departments were formed out of fugitive slave patrols: full of racial and class bias that protects rich whites, and full of double standards and impunity that protects cops themselves. Police in this country are rarely friends to queer people either, as the imprisonment of CeCe McDonald and the harassment and abuse of countless other LGBT people attests to.

Importantly, since tons of people (including DeBlasio and Obama) are calling for cops to wear body cameras, let’s not forget that we already have video of NYPD officer Daniel Pantaleo choking Eric Garner to death for selling untaxed cigarettes! Video cameras won’t change a system that already ignores evidence against cops. In addition, video of police encounters can be twisted to provide “proof” of the wrongdoing of victims if the police so desire.

Tonight you have a chance to join in protesting the fucked up system that makes this happen. Folks are meeting at 5:30PM across from NYPD headquarters, and several other marches will be moving around the city. If its anything like what we’ve seen in the past week and a half, you can expect street and bridge blockages. Trust me — if you haven’t done it before, taking over the FDR, Brooklyn Bridge, or other major transportation channels with thousands of righteously angry people at your side can feel amazingly fulfilling. However, don’t forget, as our queer godmother Audre Lourde once wrote: “revolution is not a one time event.” Going to this protest tonight is a good start but it’s not enough. So I hope to see you there, and at the next one, the next next one, and the one after that – and at the organizing meetings inbetween, and in the kitchen, in the bedroom, on the dancefloor!