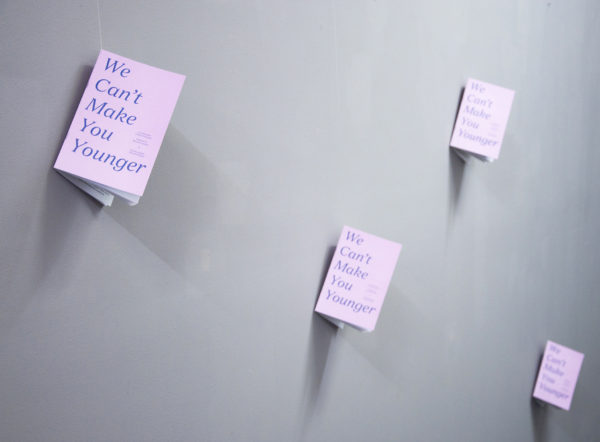 We Can’t Make You Younger

Mixing painting with the written word 'We Can't Make You Younger' shines new light on the queer experience.

Manuel Solano is a multidisciplinary artist whose first solo show at Museo Carrillo Gil opened last year, in Mexico City. The exhibition consisted of mostly paintings from their series Blind Transgender with AIDS, made shortly after he lost his eyesight in 2014 due to HIV-related complications. (Solano has identified as both transgender and nonbinary, but uses masculine pronouns). “The impression I have is that I was left for dead,” he told writer Benoît Loiseau in GAYLETTER Issue 7.

“We Can’t Make You Younger” marks the first collaboration between the Mexico City writer and artist. The collection includes three short stories written by Loiseau with accompanying artwork by Solano who was recently selected to show in the New Museum’s 2018 Triennial. The stories are simply and directly written, and when matched with Solano’s gestural, immediate painting style, create a collection that is stunningly powerful, and quietly haunting.

“The stories deal with fundamental issues, including loss, sexuality, romantic attachment, and so called spirituality,” writes Chris Sharp in the foreword. Simply put, this collaboration is beautiful synergy of the queer and the relatable: striking images and poignant stories that both delight and devastate with their quotidian and universally resonant content that ranges from Michael Stipe to a not-so-friendly queer cabaret performer.

Loiseau is a Belgian author, but is currently based between London and Mexico City.  His stories are blunt and are unconcerned with lyricism, but are focused on the complexity of queer desire and existence. “We Can’t Make You Younger”  debuted in tandem with Solano’s recent solo show at Karen Huber Gallery. The collection includes three original short stories: the first, about the death of a mother who wishes for a proper Hawaiian burial ; the second, about two strangers and an unwanted sexual advance (which, in the light of recent sexual-assault news, reads all too recognizable), and the last: about the uncertainty surrounding the fallout after a breakup. 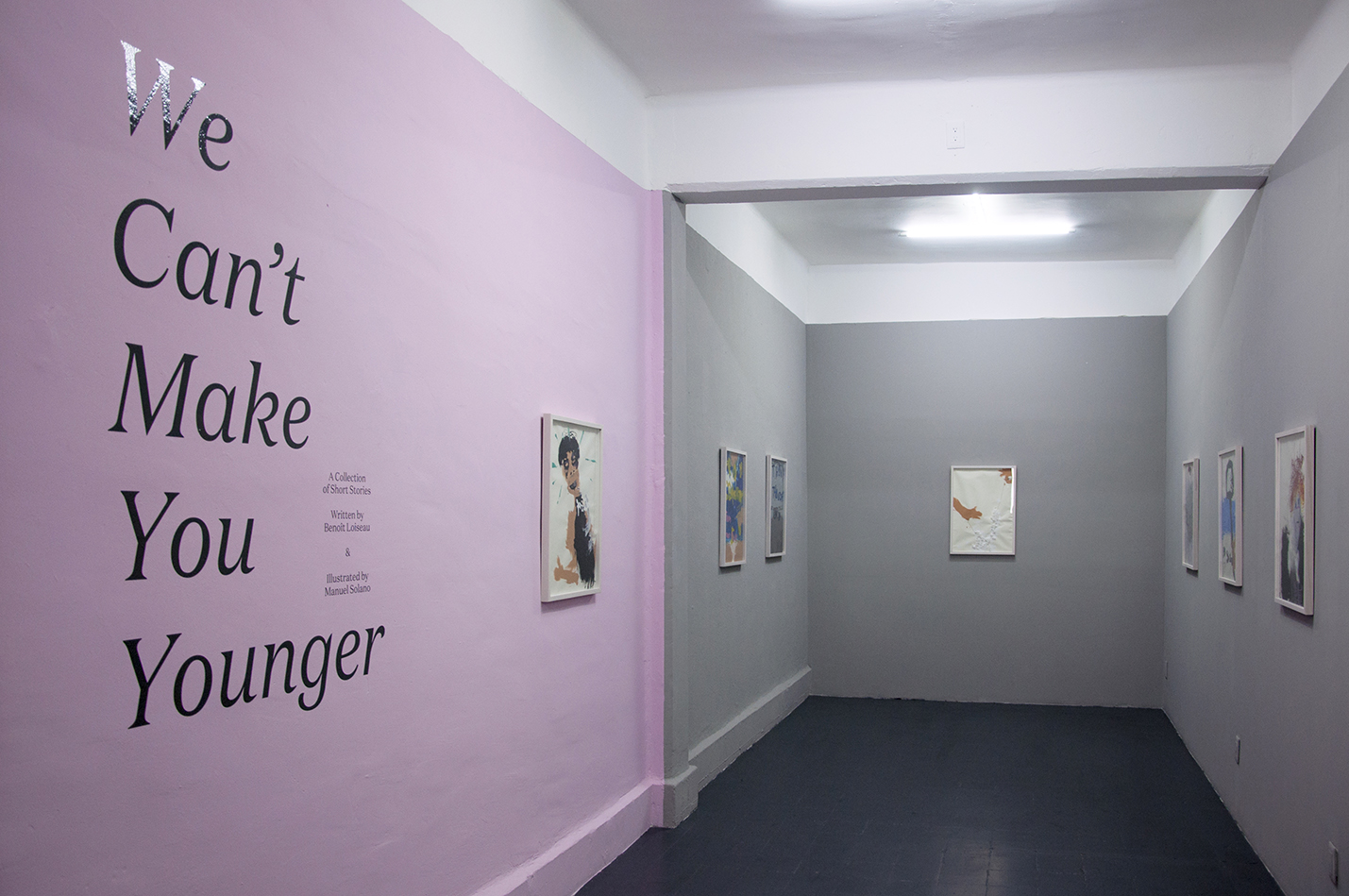 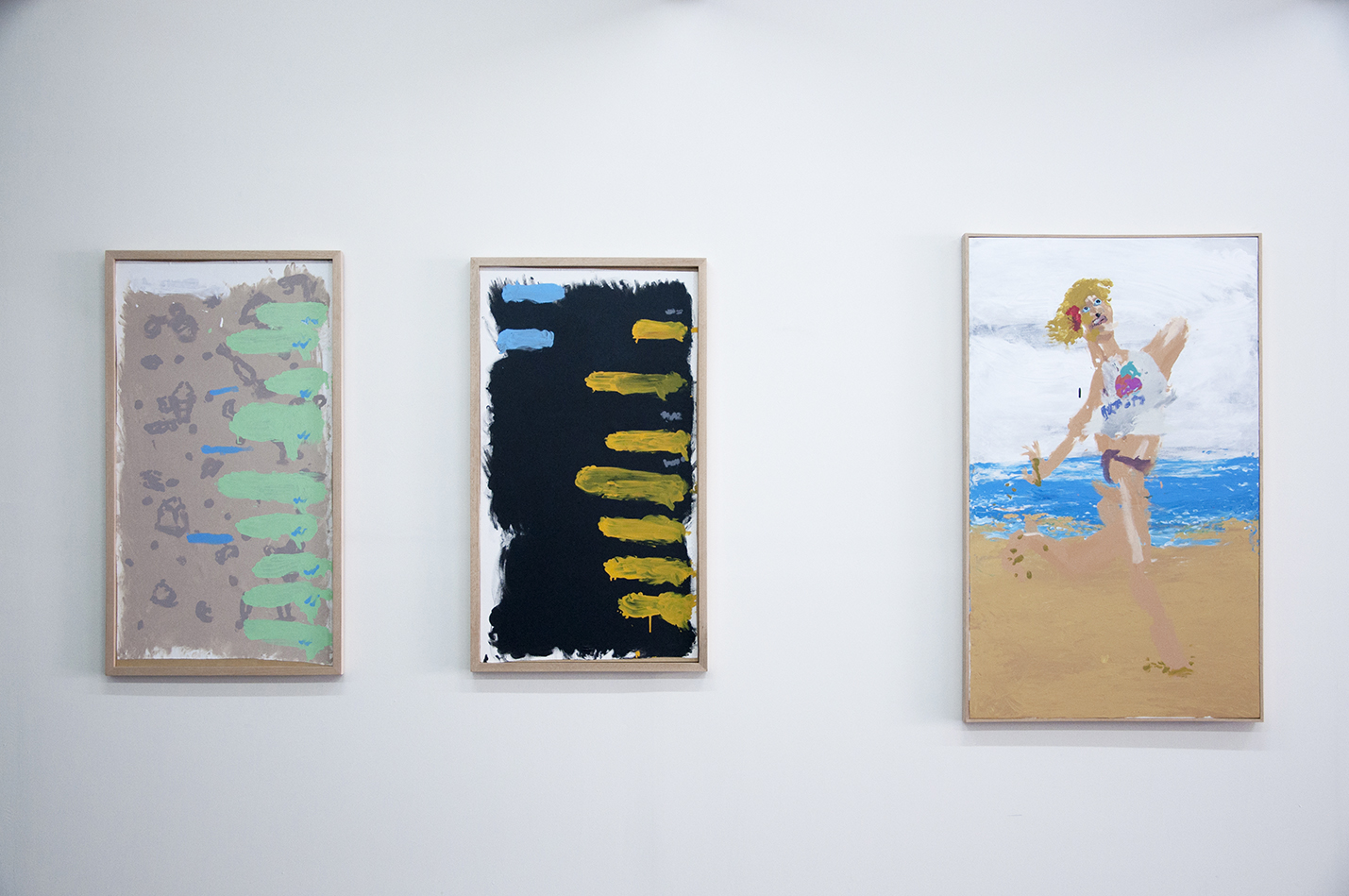 The stories feel universal because of the character’s humanity. Any reader can recognize themselves in Loiseau’s world. The characters are as crackling and exciting as a new lover, but as brutal and curt as a door slammed in your face. Solano’s work champions these stories with a nod to flamboyance. The paintings, done mostly on paper, are a celebration of queerness that is entirely their own.

As both a title and a whole work, “We Can’t Make You Younger,” is perfectly apt because it conjures the spirit of that which we already know, yet don’t necessarily want to accept. It’s the inevitability of life and all that it throws at you, ranging from one’s highest high to the lowest low. These stories are “blessedly devoid of the righteous, chest-beating evangelism to which some art is given,” and it is unlikely that Loiseau’s stories or Solano’s paintings are going to save you, “but I am confident they will both lighten and deepen the general ordeal and magic of living,” Sharp writes, “if you let them.” 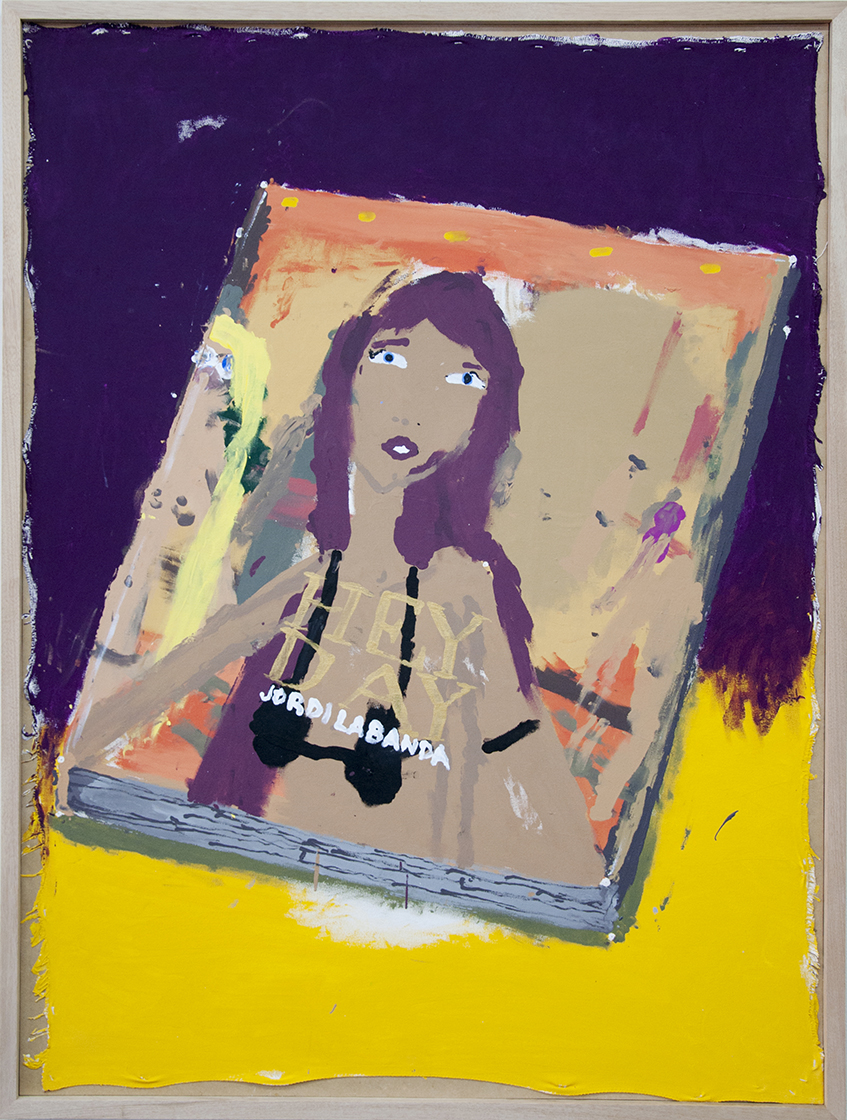 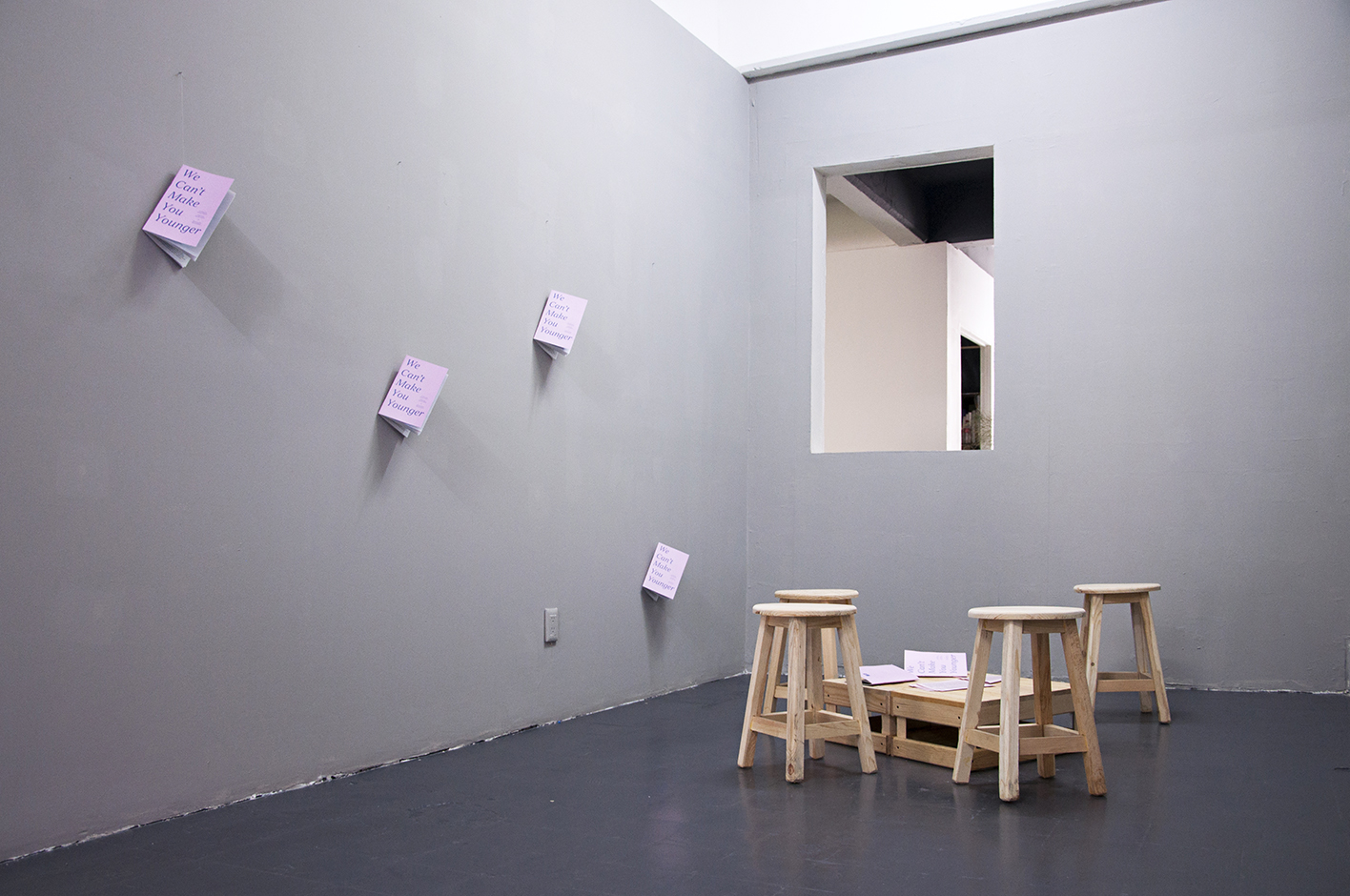 “We Can’t Make You Younger“ is available at select stores, including New York City’s BGSQD at the Center. You can order your copy here.