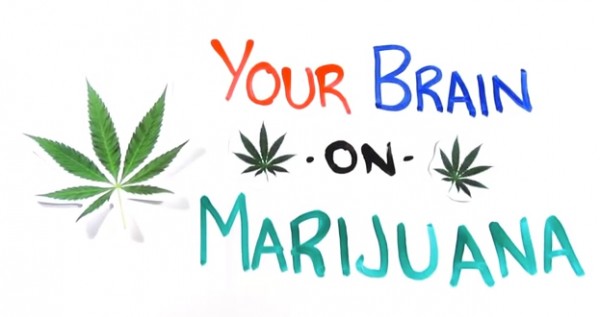 Your Brain on Drugs

No point beating around the bush. We were curious, so we asked the experts what happens to your noggin when you’re smoking weed? First up the definitive source for everything, Wikipedia: “The effects of cannabis are caused by chemical compounds in cannabis, including cannabinoids such as tetrahydrocannabinol (THC). Cannabis has both psychological and physiological effects on the human body. Five European countries, Canada, and twenty US states[1] have legalized medical cannabis if prescribed for nausea, pain or the alleviation of surrounding chronic illness.

In large enough doses THC can induce auditory and visual hallucination but it would require massive amounts of cannabis (nearly an ounce of hashish) to induce full blown hallucinatory effects. Acute effects while under the influence can include both euphoria and anxiety.[2][3] Concerns have been raised about the potential for long-term cannabis consumption to increase risk for schizophrenia, depersonalization disorder, bipolar disorders, and major depression, however studies are inconclusive [4][5] and the ultimate conclusions on these factors are disputed.[6][7][8][9] The evidence of long-term effects on memory is preliminary and hindered by confounding factors.[10][11] For thousands of years people have believed that cannabis has religious and spiritual effects.”

If all that nerd talk put you to sleep here’s a helpful video that breaks it all down, with visuals to make it even easier…especially if you’re totally baked.