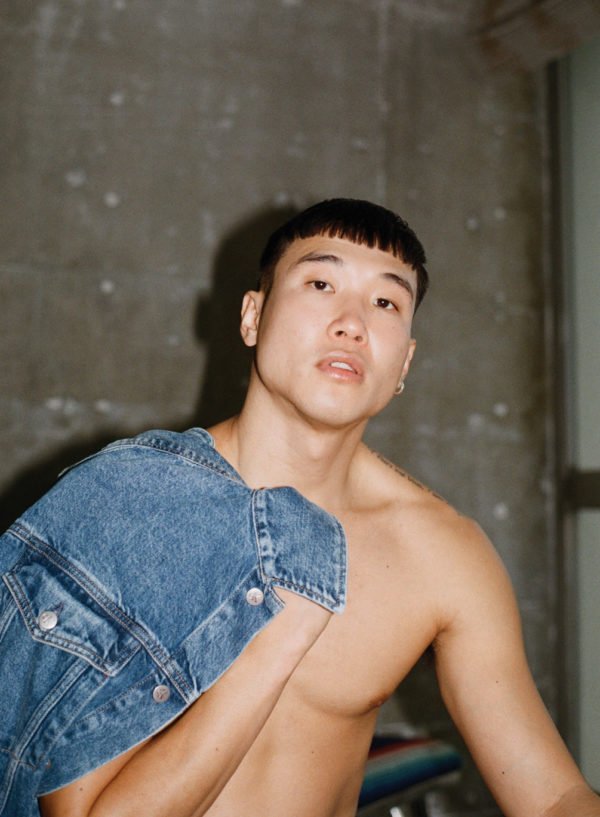 Joel Kim Booster is everywhere. From TV to radio, talk shows to stand-up specials, the actor, writer, and comedian is prolific — maybe you’ve seen him on NBC’s Sunnyside or heard him on NPR’s Wait Wait… Don’t Tell Me, or perhaps the web series he co-hosts with Patti Harrison, Unsend, has shown up on your feed. For the past decade, Joel has been making people laugh, first getting his start performing comedy in the Chicago theater scene, then moving to New York in 2014, and now based in L.A., his upward spiral continues. This past summer he filmed the highly anticipated Fire Island, which he wrote and stars in, also featuring his friend Matt Rogers, as well as Margaret Cho and Bowen Yang. We managed to grab a few moments of Joel’s time to snap the accompanying pics and ask him some deep and meaningful questions. How he has time to maintain those abs of his, we’ll never know…

What was your first onstage comedy experience? The theater company I was a part of in Chicago, The New Colony, had a variety show to promote our latest play, Five Lesbians Eating a Quiche, and we had an open spot that needed filling. I said I’d do something but I didn’t really have a plan. What I ended up doing was basically stand-up.

Who was the last person to make you laugh? My boyfriend.

Who was the last person to make you cry? My boyfriend.

What was the first thing you did this morning? Looked at my phone.

Worst piece of advice? Just be yourself.

If you could change one thing about yourself, what would it be? Generally feel pretty good about my height but dating a tall bottom does have me wishing I were 6’2″ for the first time.

What do you most value in your friends? Support.

How does it feel to wear a thong? I hated it. I love jockstraps so I thought I might like the vibe but I just felt itchy and uncomfortable.

What is your current state of mind? Stoned. 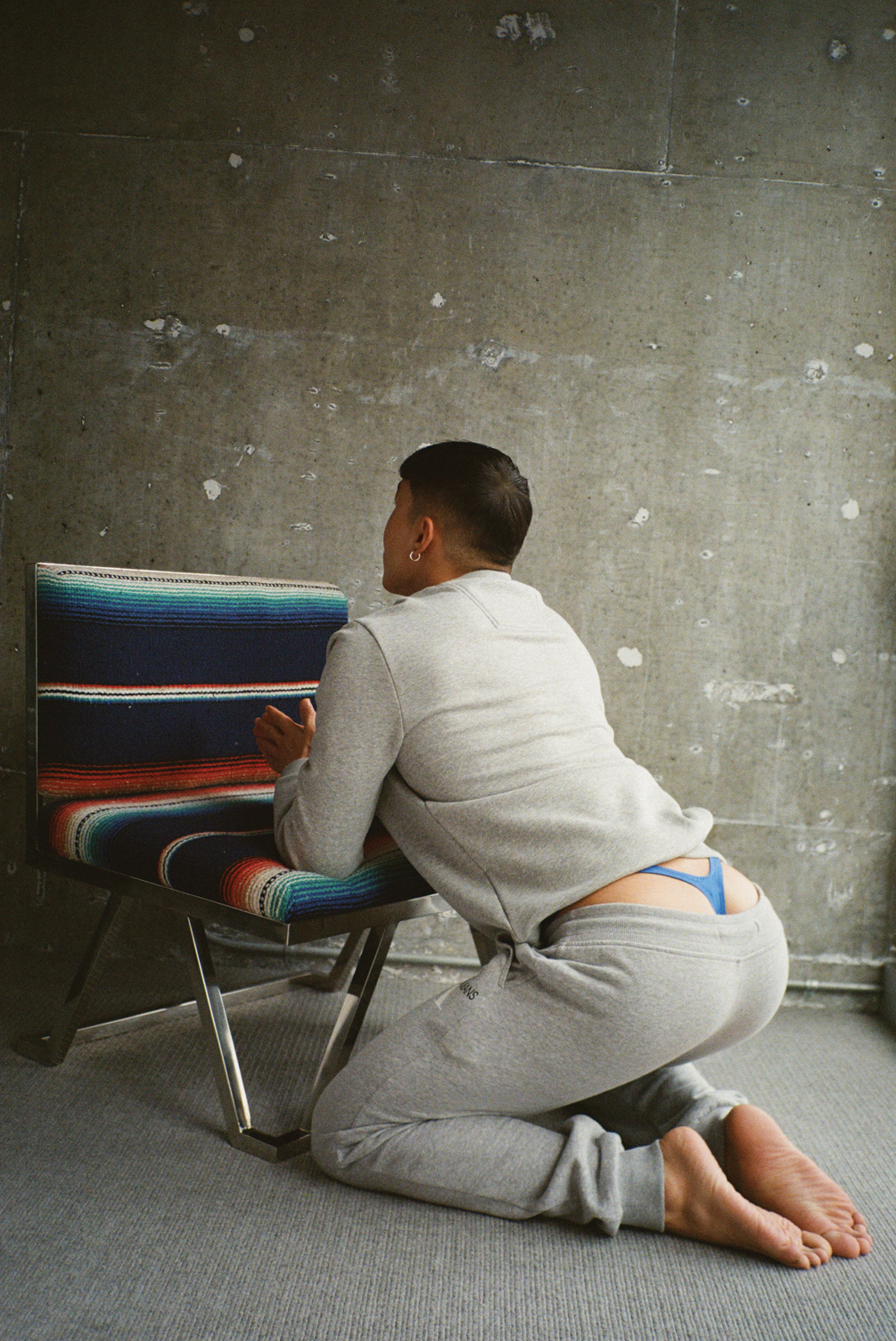 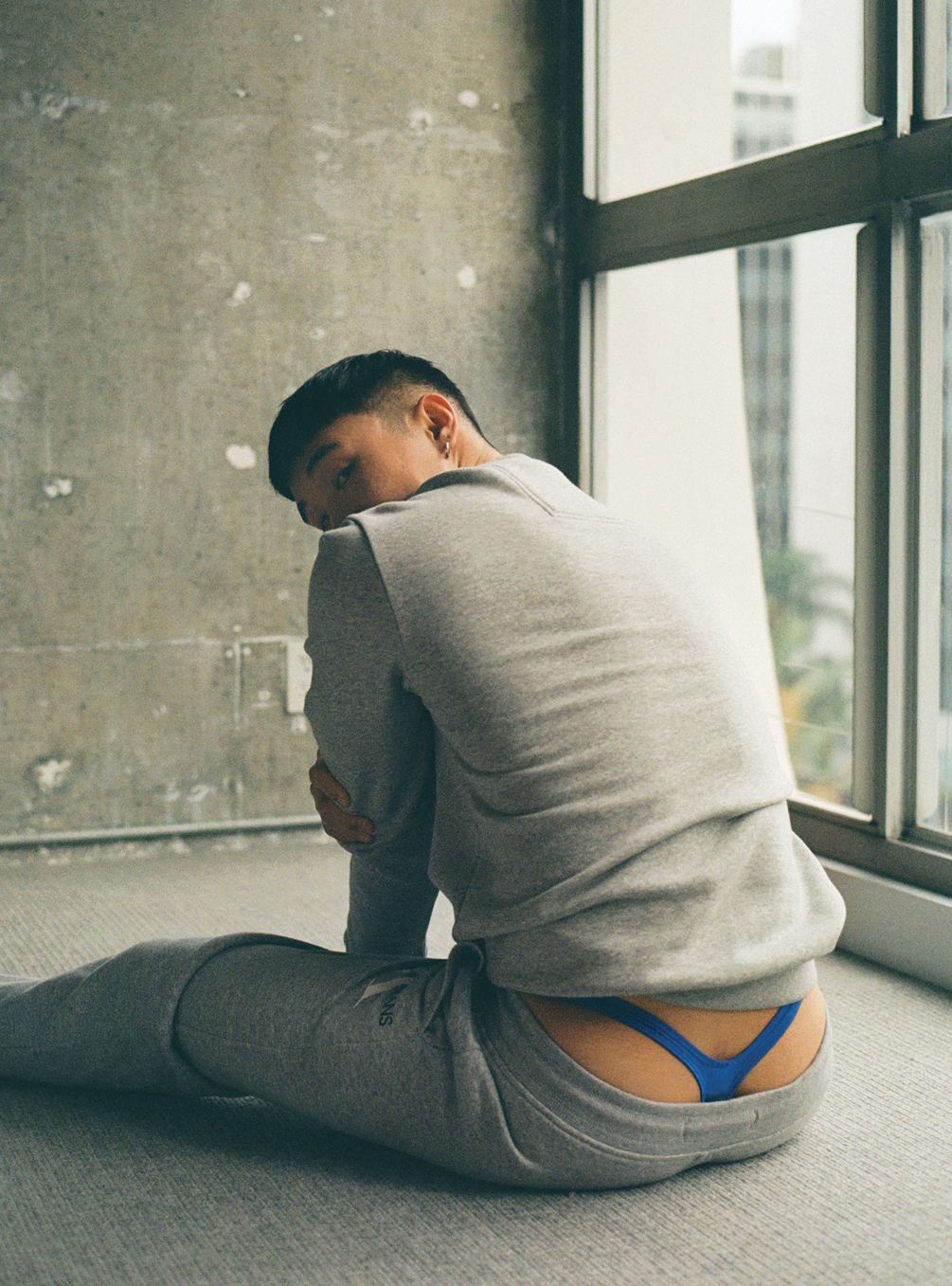 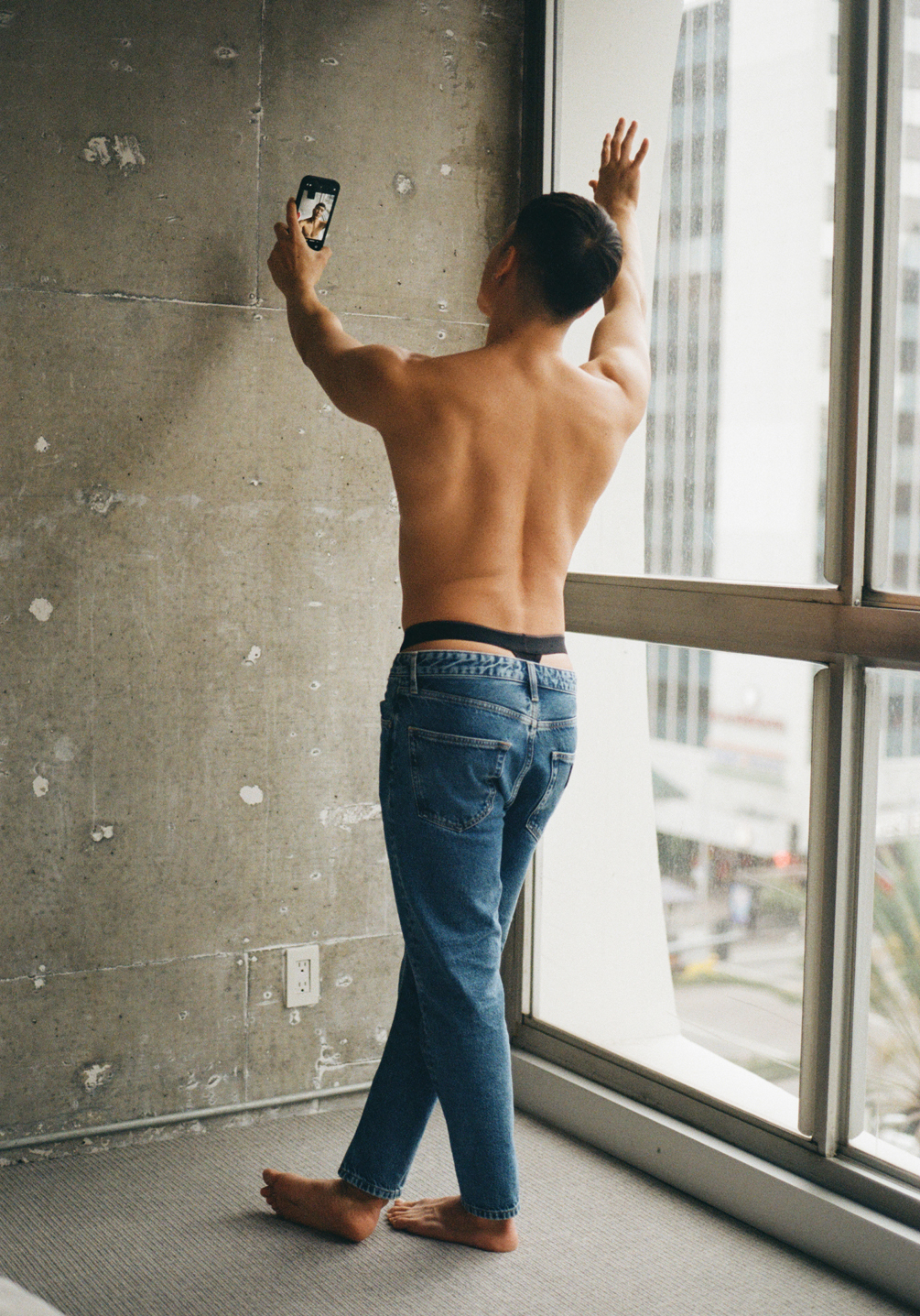 What is your motto? Not my circus, not my monkeys.

What do you consider your greatest achievement? Getting a movie made.

If you could sing a duet with any singer alive or dead who would that be? Carole King.

What’s Grindr like with a famous face? When I was home for my dad’s funeral, I got on and immediately got asked if I were “really Joel Kim Booster.” I didn’t respond because it was a blank profile. Then a few hours later they messaged again and said, “I know you’re not really Joel because HE’S 33 and your profile says 32.” Sidebar: why does Grindr make you manually change it? Humiliating. So anyway a few hours after that my account got locked because I was impersonating myself. Luckily I have a friend who works there who managed to get it unlocked pretty quickly. The next day was my dad’s funeral and I received a third message from the same guy that just said “sorry about your dad.” So that’s pretty much what it’s like.

Name a blond woman you would like to get to know? Greta Gerwig.

You’re stuck in an elevator with one: Gaga’s character in A Star is Born or Gaga in House of Gucci? I think Gucci Gaga. Short bursts would be fun, not so much on a long car trip.

What would your Real Housewives opening line be? If money is the root of all evil, then honey, I’m the tallest tree in the forest.

Where to next? New York 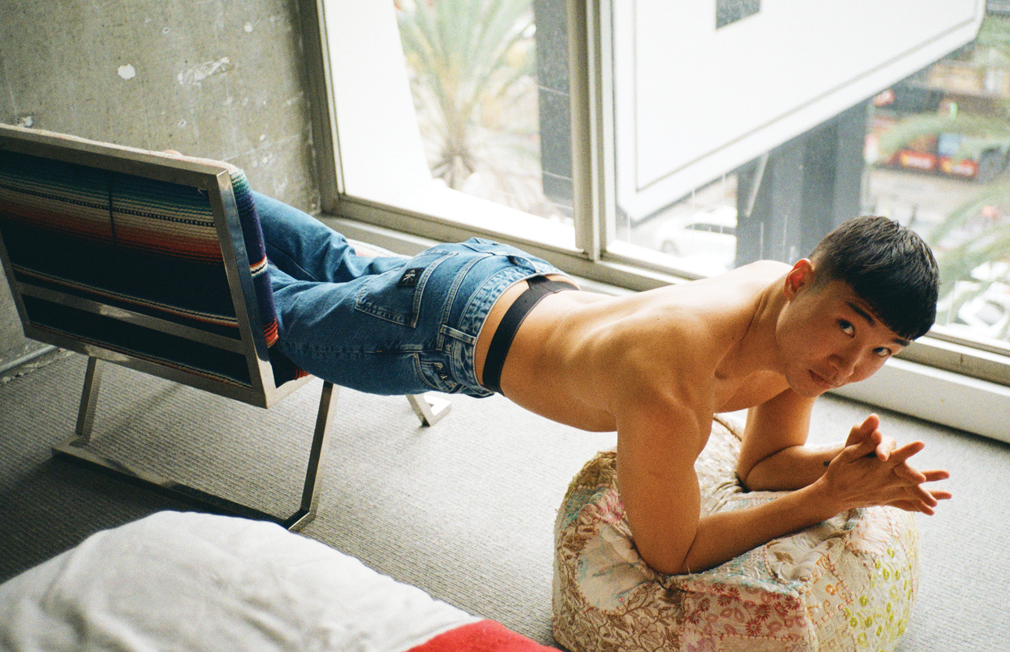 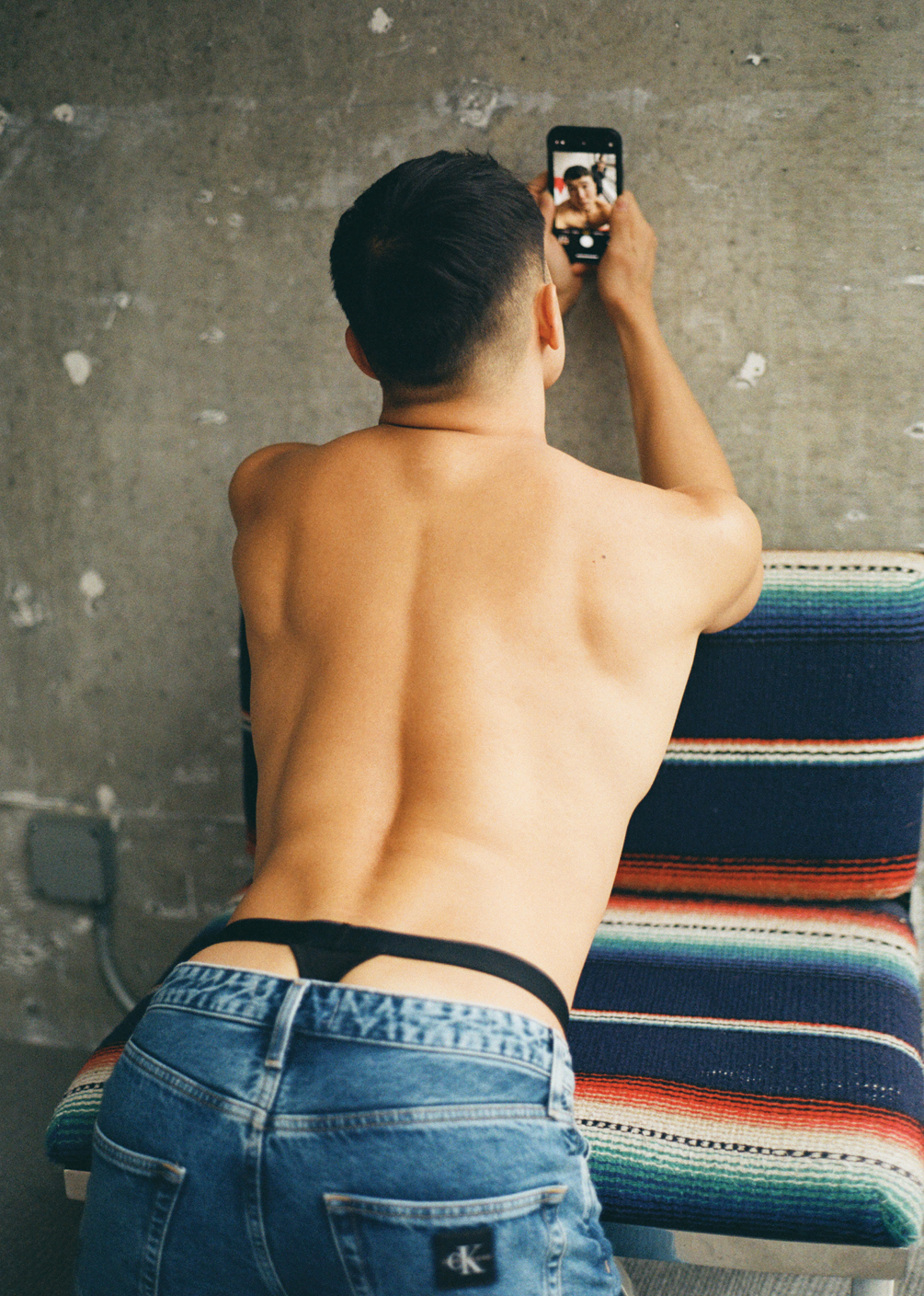 Hair and Makeup by Mike Fernandez at Opus Agency LA.