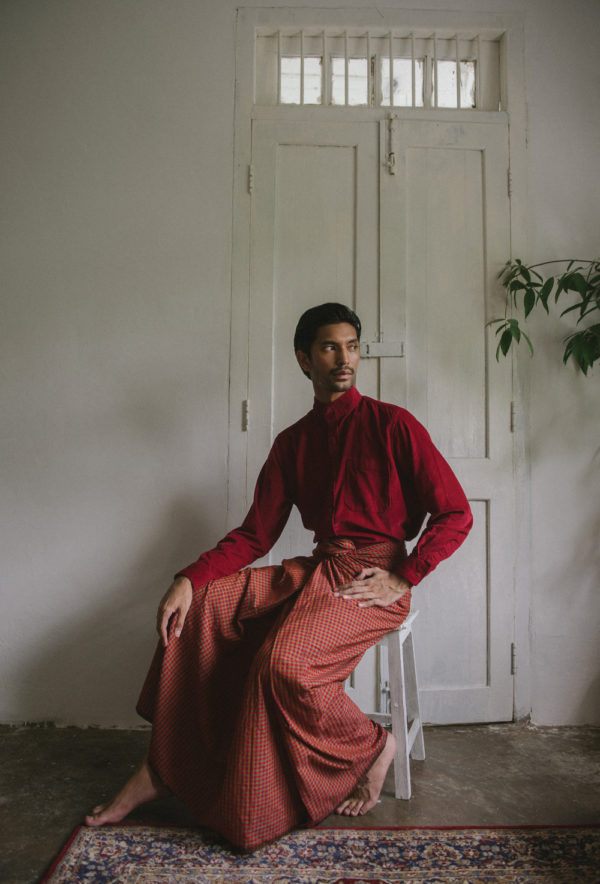 When I spoke to artist Richie Nath via Zoom, he was unsure how long he would have Internet because a bombing had recently happened only blocks from his home in Myanmar (formerly Burma). About the turbulent political climate he explained, “We were looted by the British and were under a dictatorship for 60 years, and we are currently under another dictatorship.” His brother had been in prison for over a month because they found protest gear in his car at a roadside checkpoint. Over the past several months, protesters have been subjected to violence and even death. And while clubs and bars frequently had “fab nights” for queer people before the pandemic, afterward they were pushed back onto Grindr, a wasteland of blank and fake profiles. Nath is often overwhelmed by talking about the difficulties of living in Myanmar and also feels conflicted about how much he should let it inform his work. “They want to see the anguish,” he sighed. And sometimes he gives it to them. As example, his first show of paintings was titled Chauk — a derogatory term for gay men that means ‘dry,’ alluding to their inability to have children. But more often, Nath focuses on female empowerment and tender homoerotic scenes rendered in a blend of traditional Burmese and Indian styles.

While Nath’s mother is Christian and part Burmese and part Shan, his father is both Hindu and Buddhist with a mostly Indian background. It is not unusual to have mixed lineage in Myanmar. “In boarding school in England, they called me the ‘Indian boy’ because I was more dark-skinned and hairy than my classmates,” Nath remembers. Later while studying fashion illustration at London College of Fashion, he began to unpack his identity as gay and Indian, rethinking his insecurities and regressive ideas. “I love clothing, and I love seeing the collections,” he gushes, “I enjoy taking traditional garments and adding a contemporary spin.” Some of his paintings are nearly fashion sketches, though the figures — stylish vamps and warrior goddesses — have more agency and personality, firmly establishing the works in the tradition of portraiture.

Much of the art Nath grew up seeing in Myanmar valorized realism, fixated on Buddhist imagery and motifs, portraits of monks and seated Buddhas. But exploring his Indian heritage, Nath became fascinated by miniature gouache paintings of Rajputs and Mughals dating back to the 17th century. Occasionally these traditional works feature gay sex acts, their content spanning vignettes of gods turning into goddesses as well as men in romantic courtship, shirtless and staring at each other, coyly posed in regalia with flowers in hand. Working in series, Nath infuses his portraits with these subjects. He has other influences that should also be noted — his recent work, for example, evokes the flat sensibility of pop advertisements from the ‘50s and ‘60s, in which a cheekbone or nose are perfectly defined by a carefully placed brushstroke. His style is an amalgamation, smartly pulling together separate genres and techniques to form a refreshing fantasy. 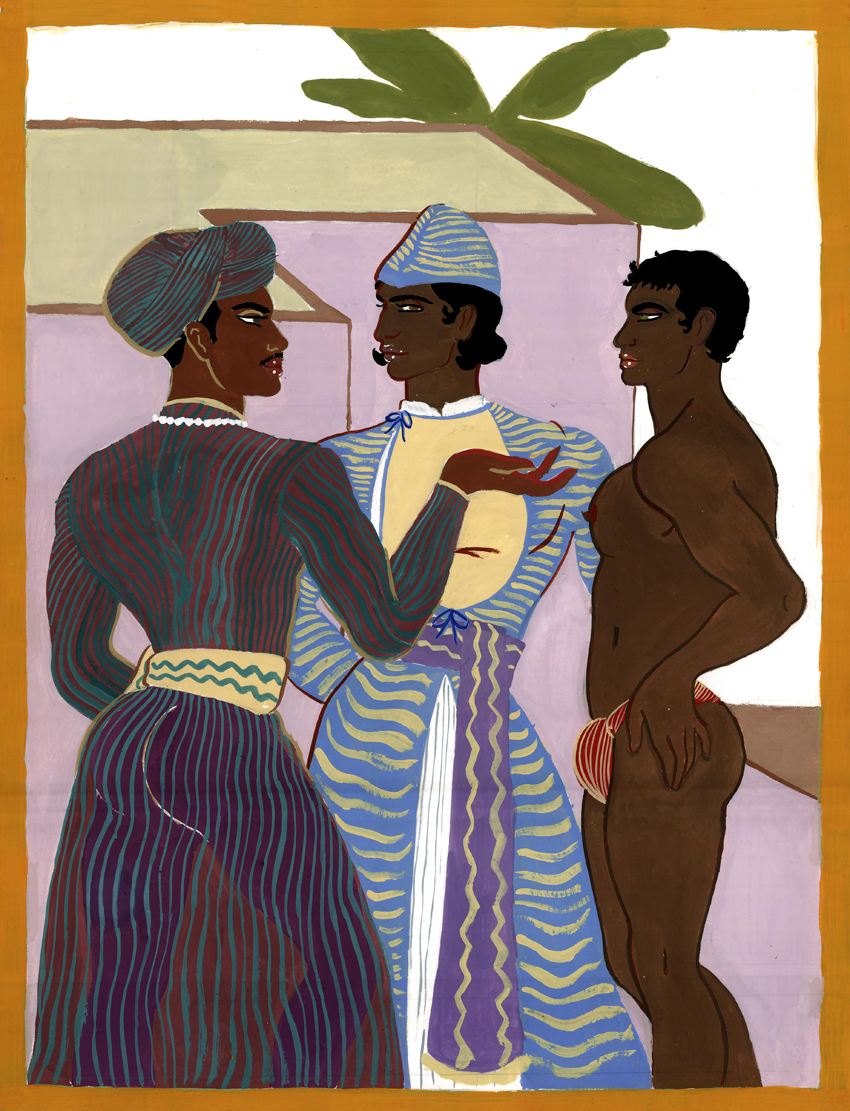 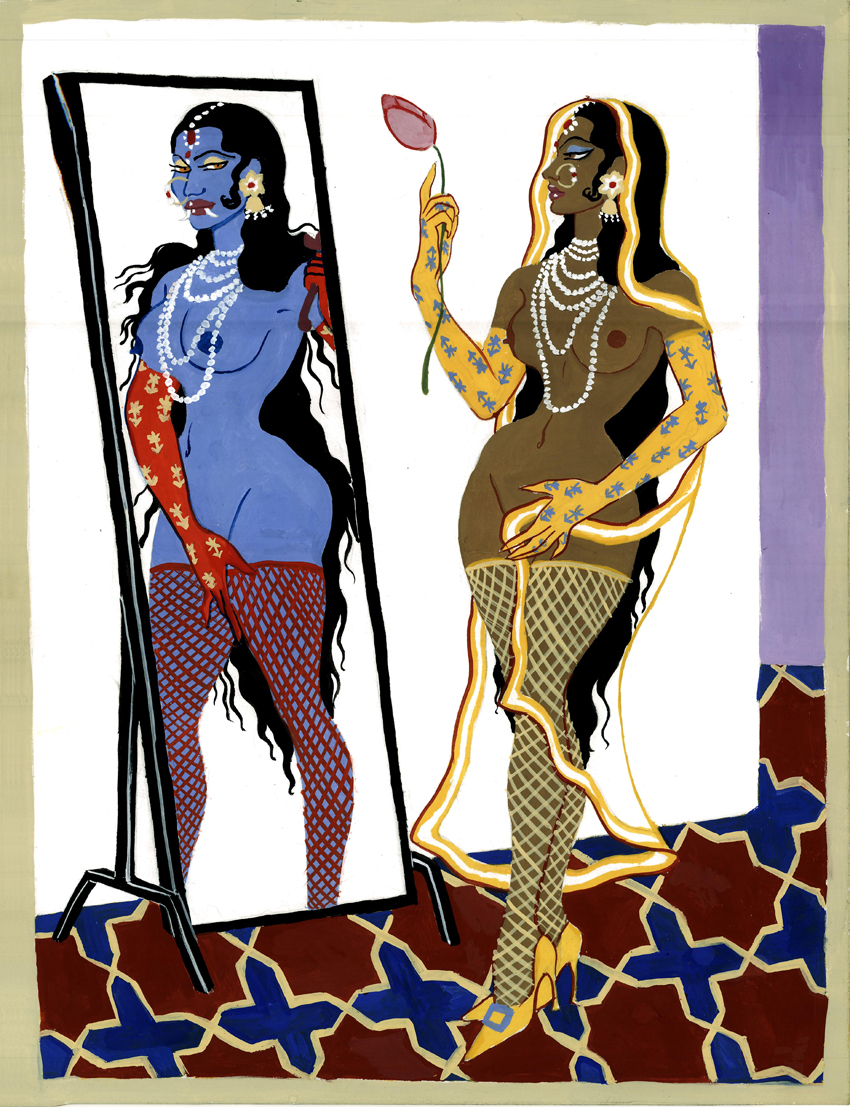 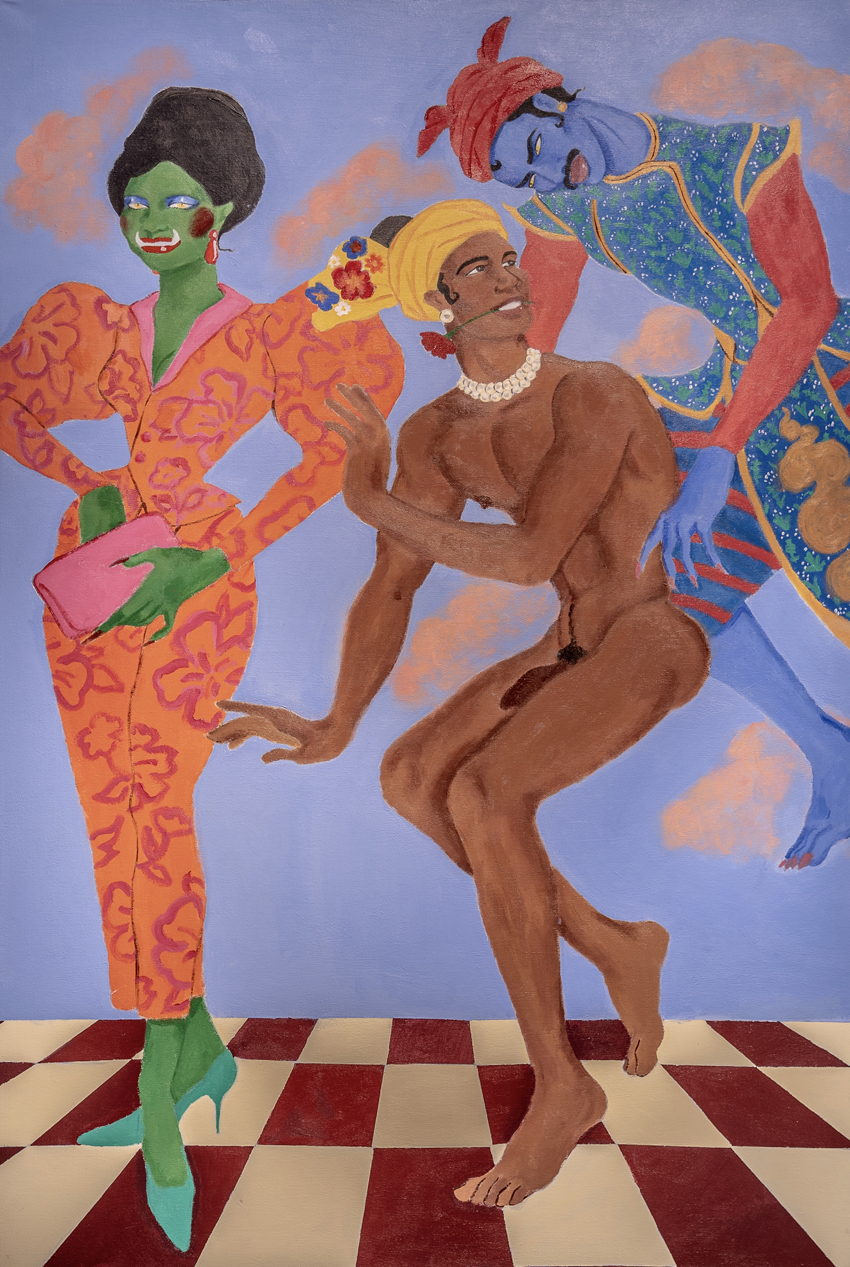 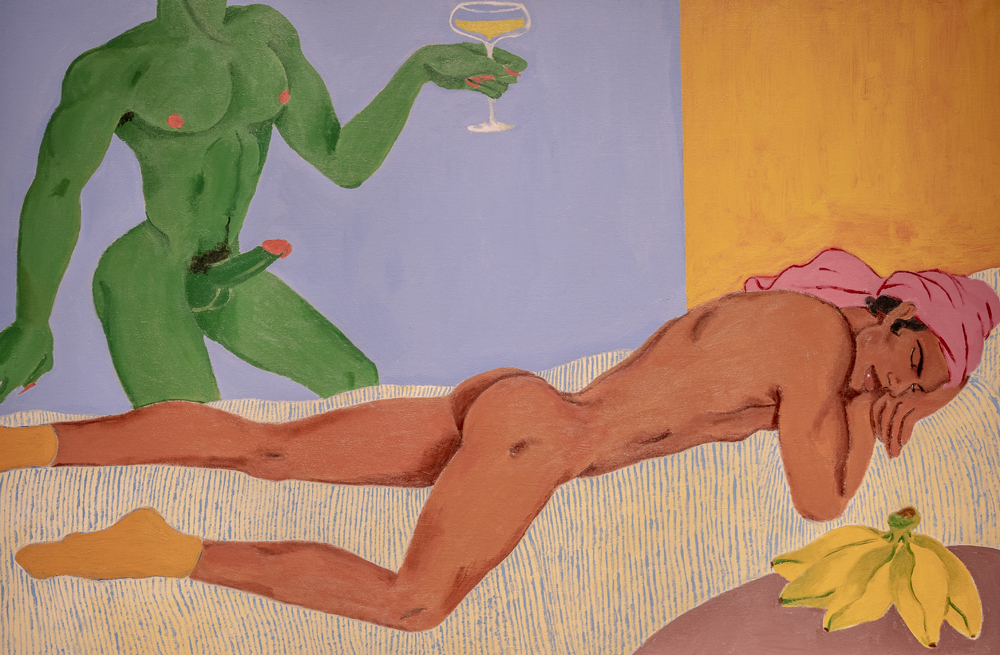 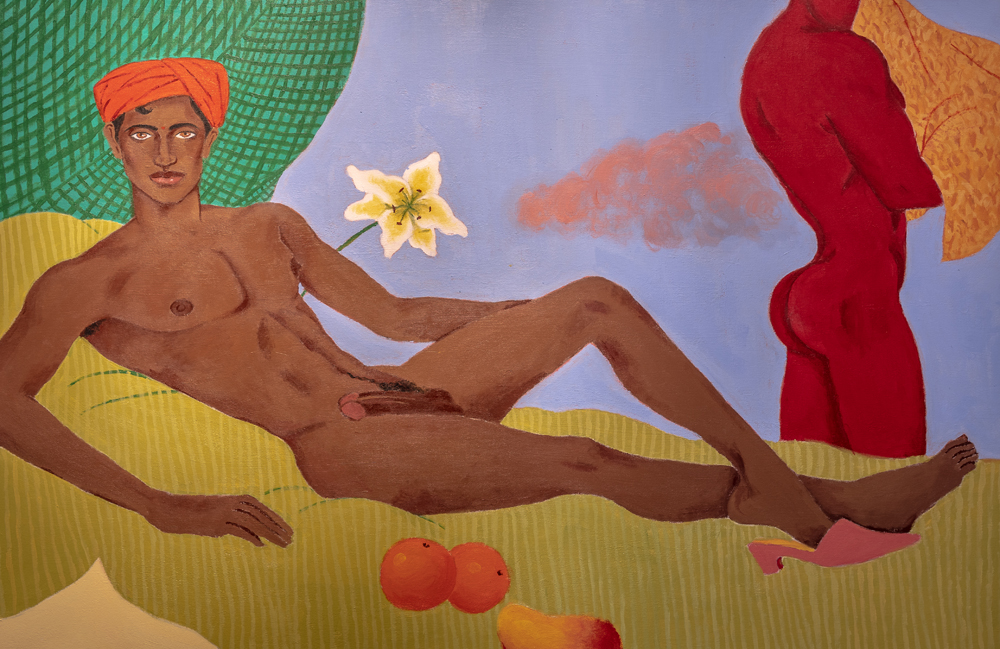 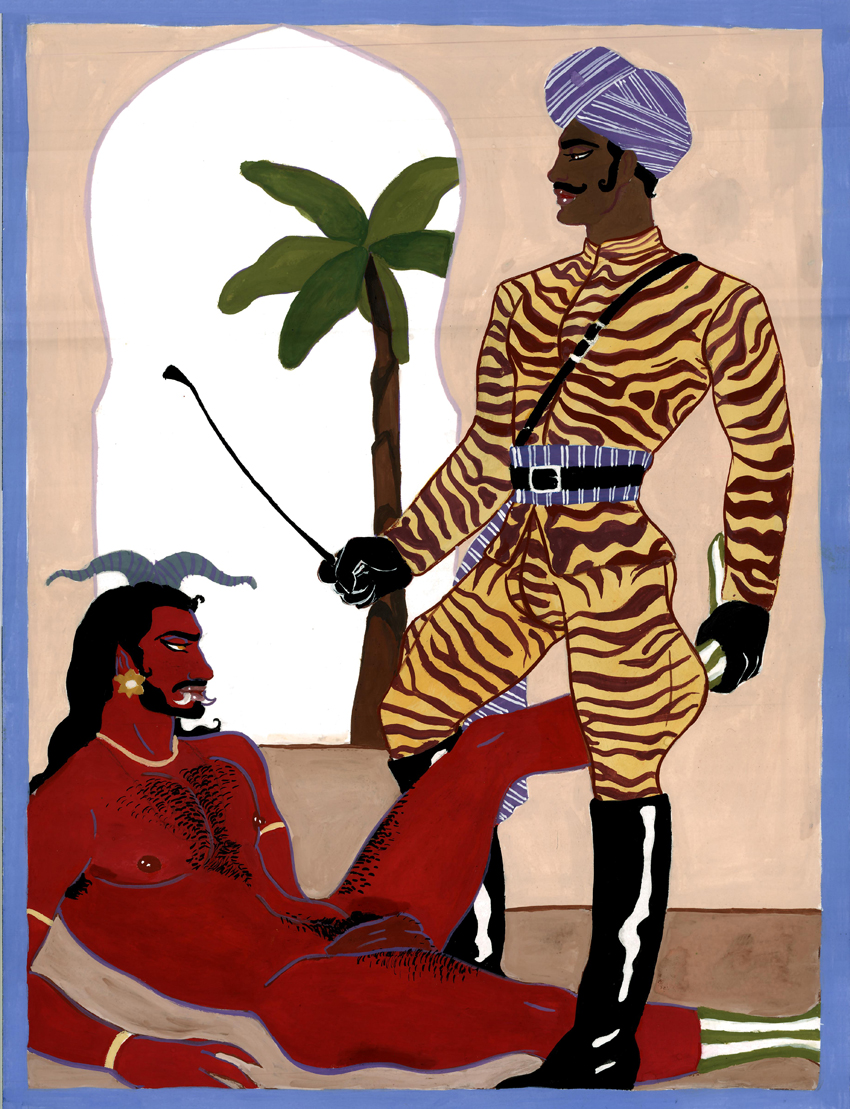 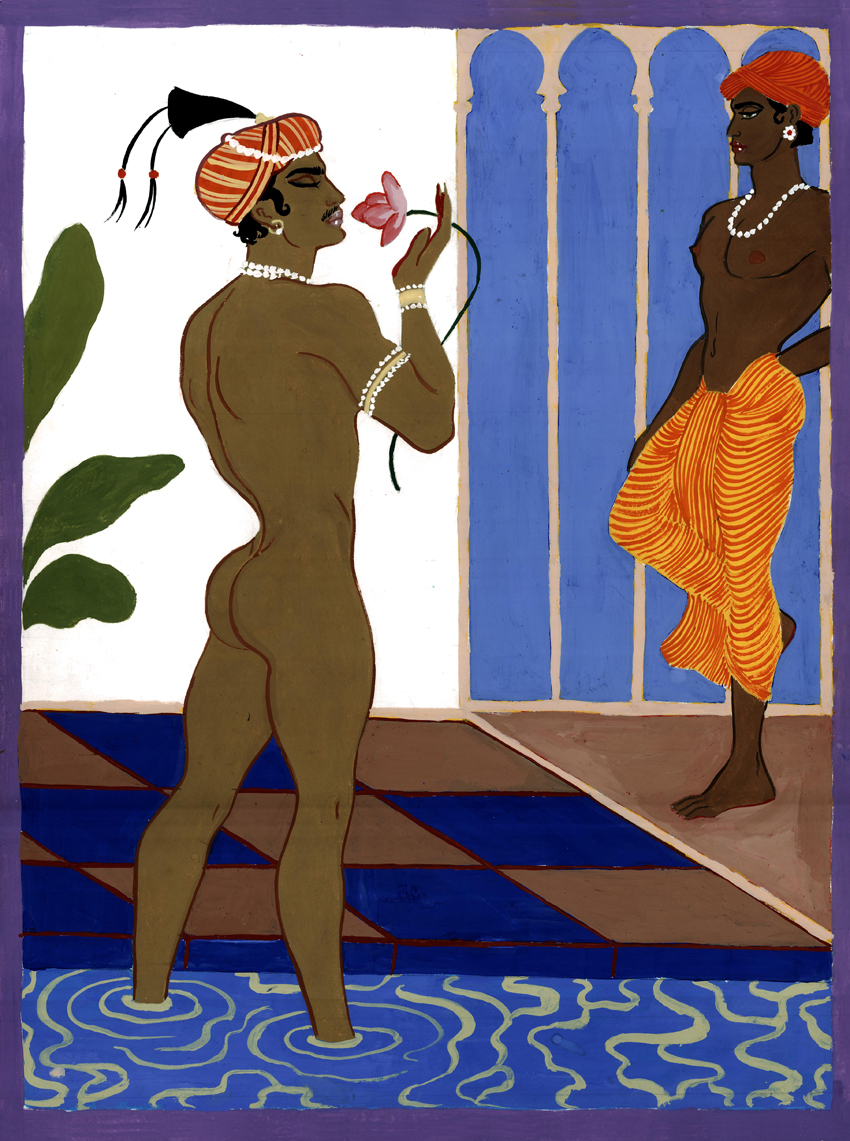 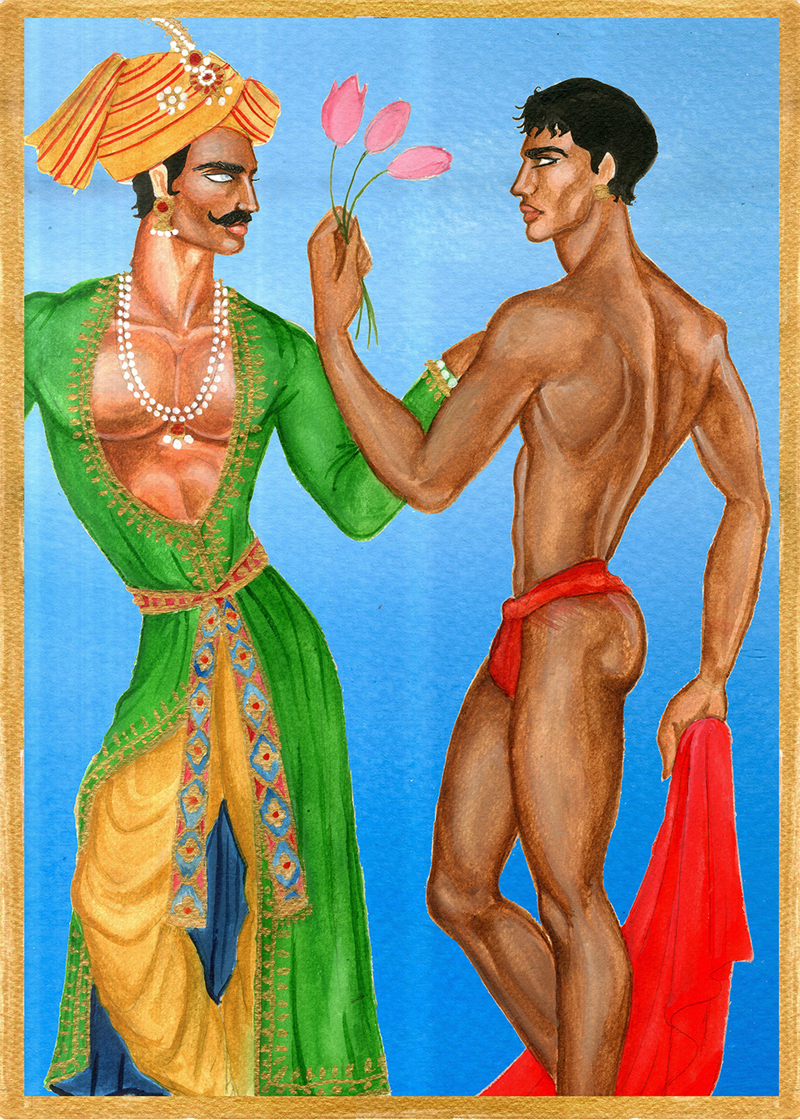 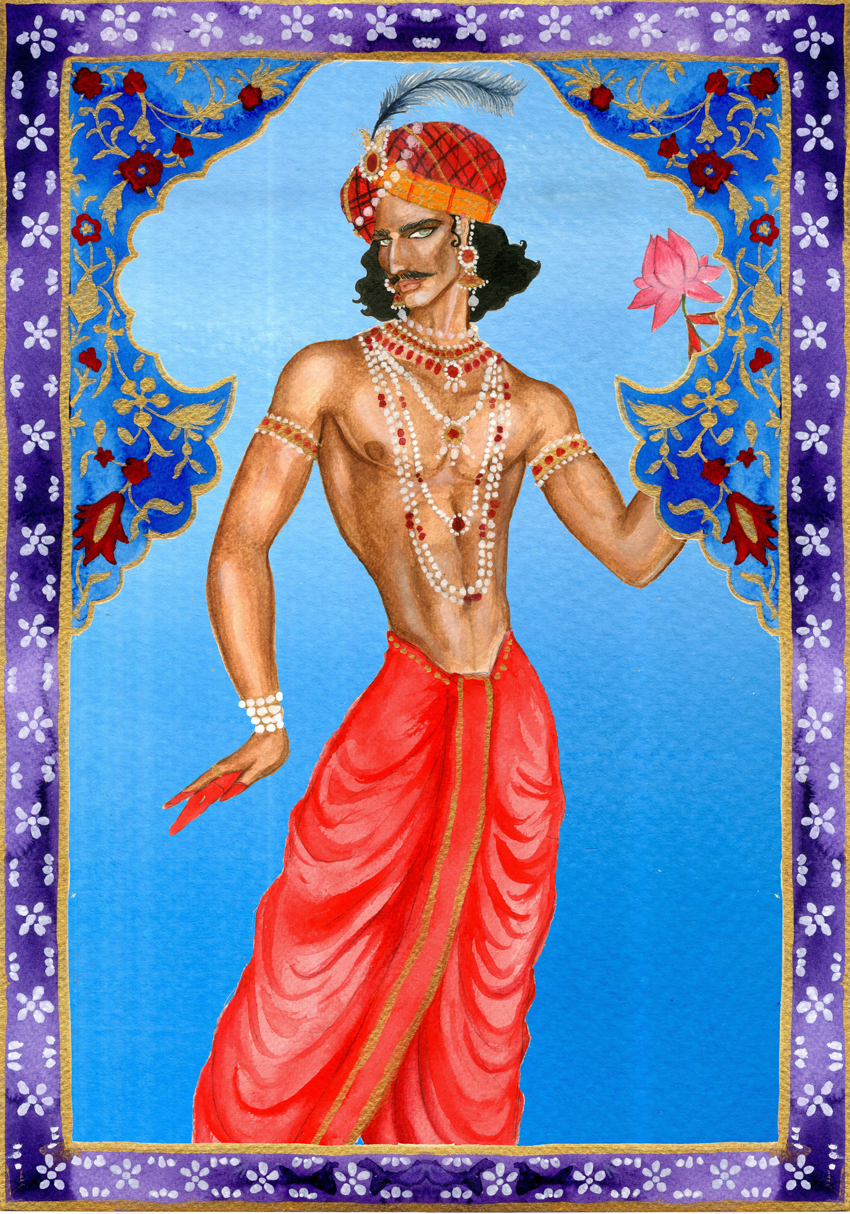 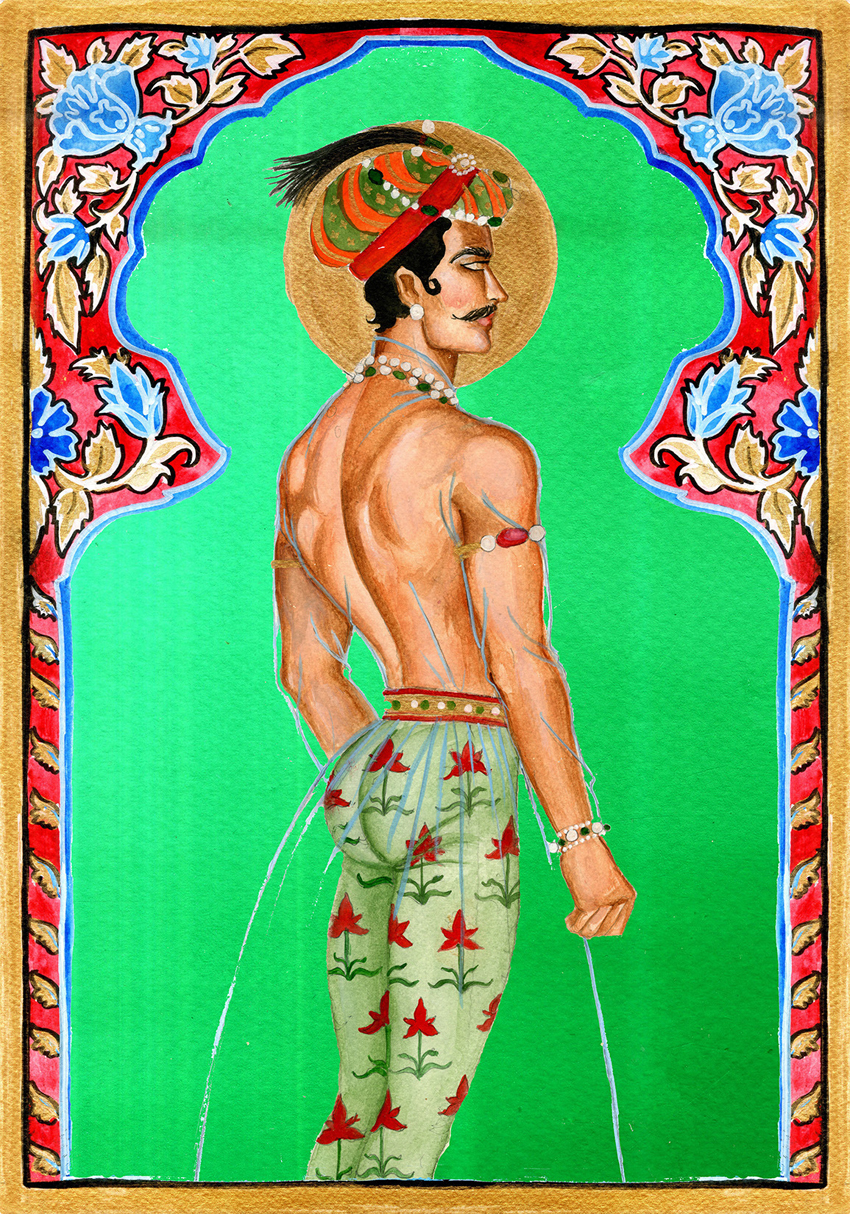 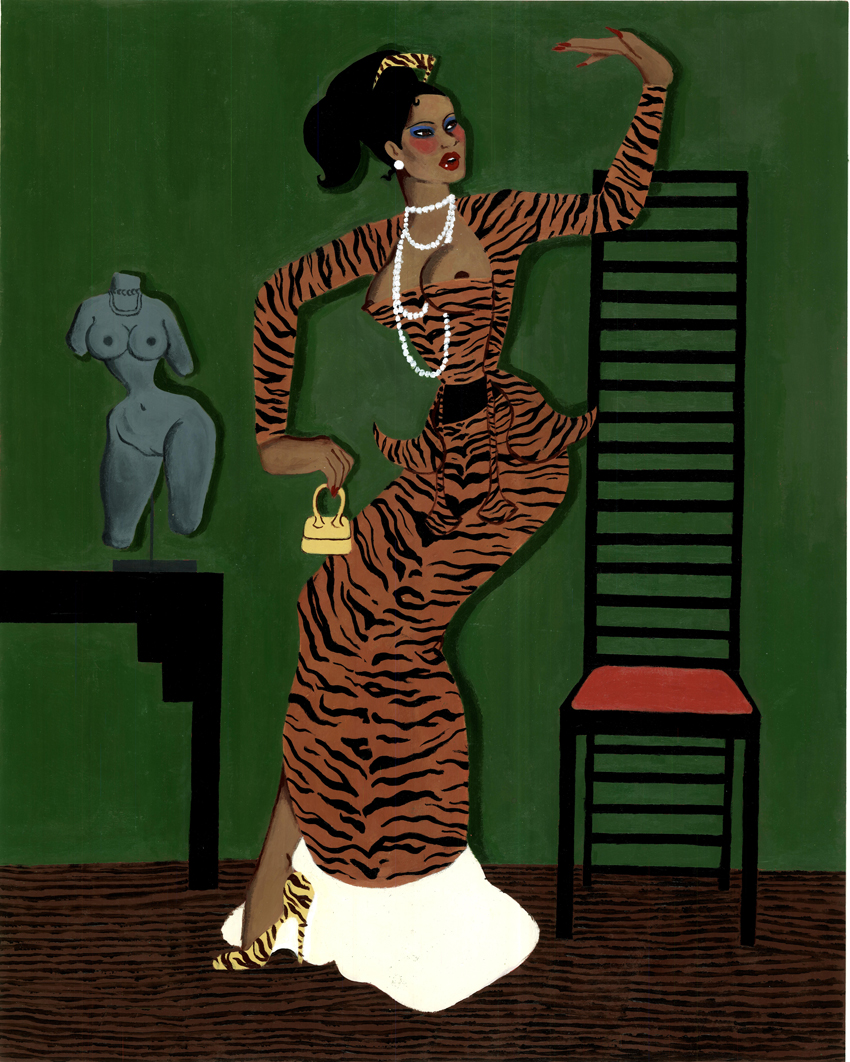 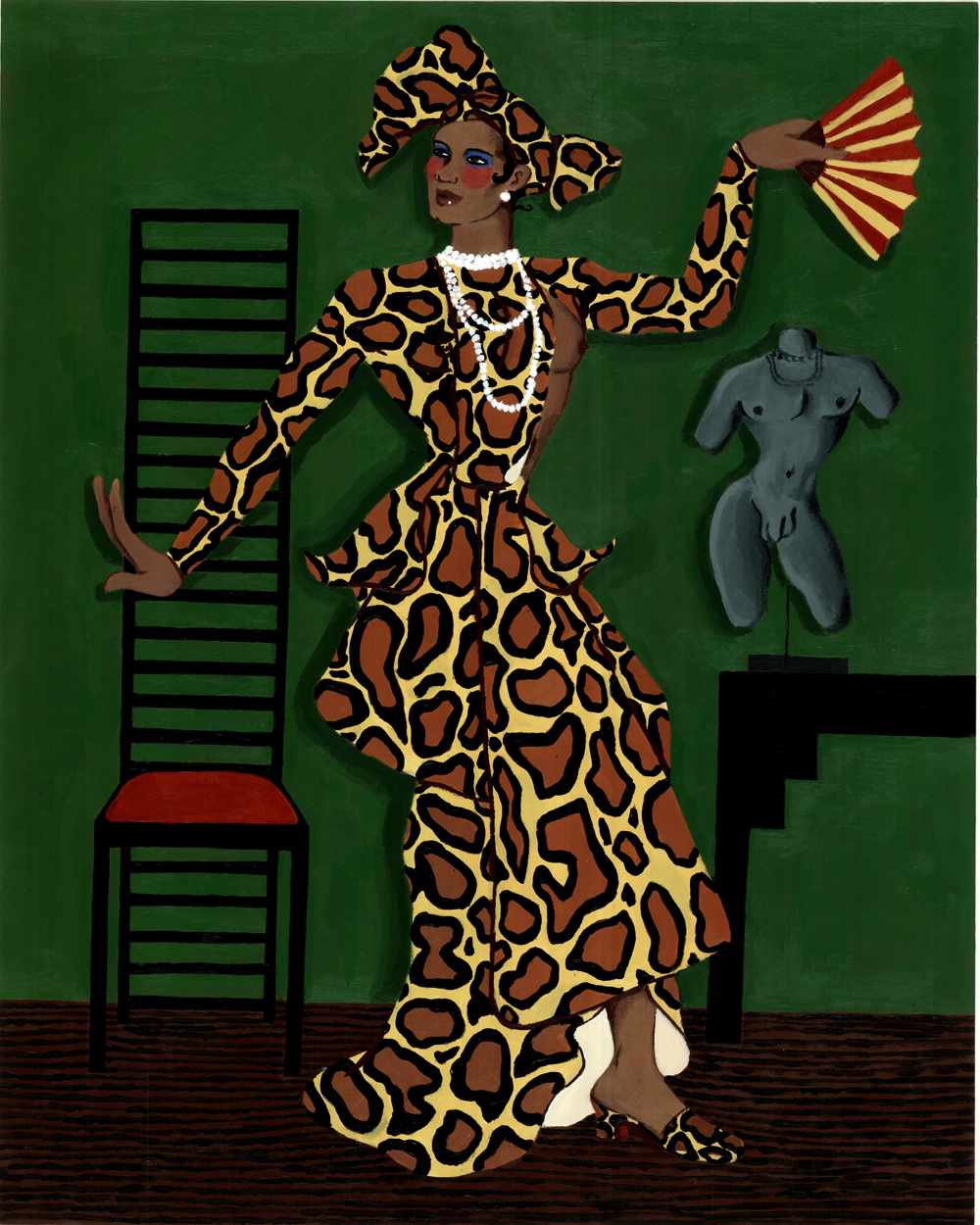 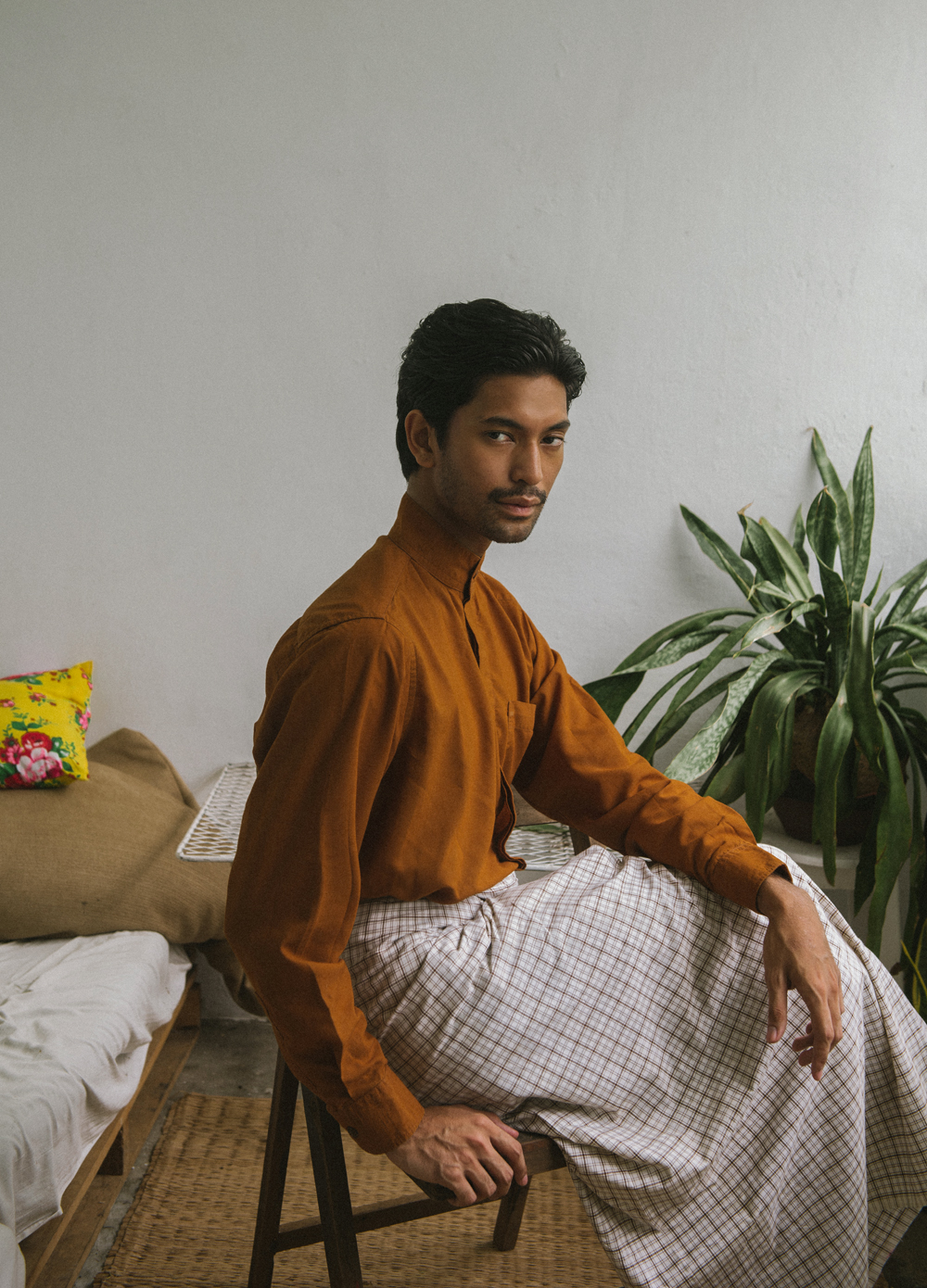 Richie Nath photographed by Zicky Le in Yangon, Myanmar/Burma. May, 20201.

This story is printed in GAYLETTER Issue 14, for more, get a copy here.