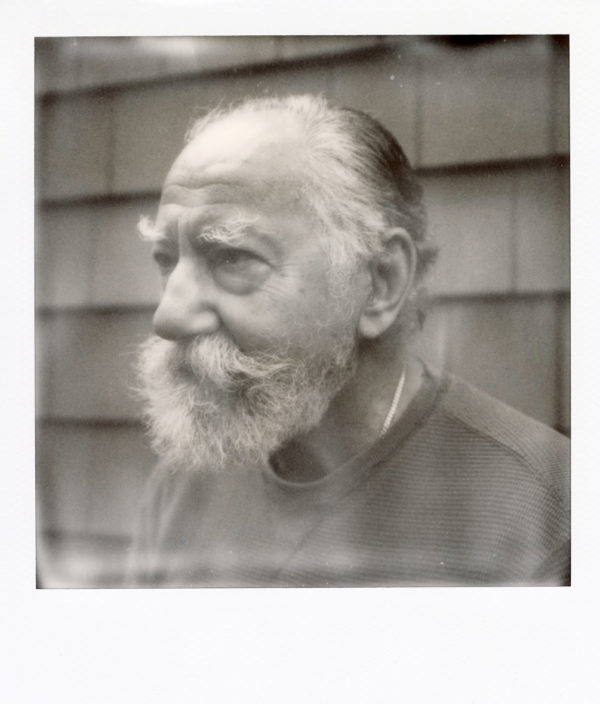 Earlier this year, Say Your Prayers was included alongside 13 of Salandra’s other recent needlepoint works in Iron Halo at Club Rhubarb, a by-appointment-only gallery owned and operated by artist Tony Cox in New York’s Chinatown. Although Salandra has been stitching figurative works since the 1980s, Iron Halo was the first solo exhibition by the 75-year-old self-taught artist. 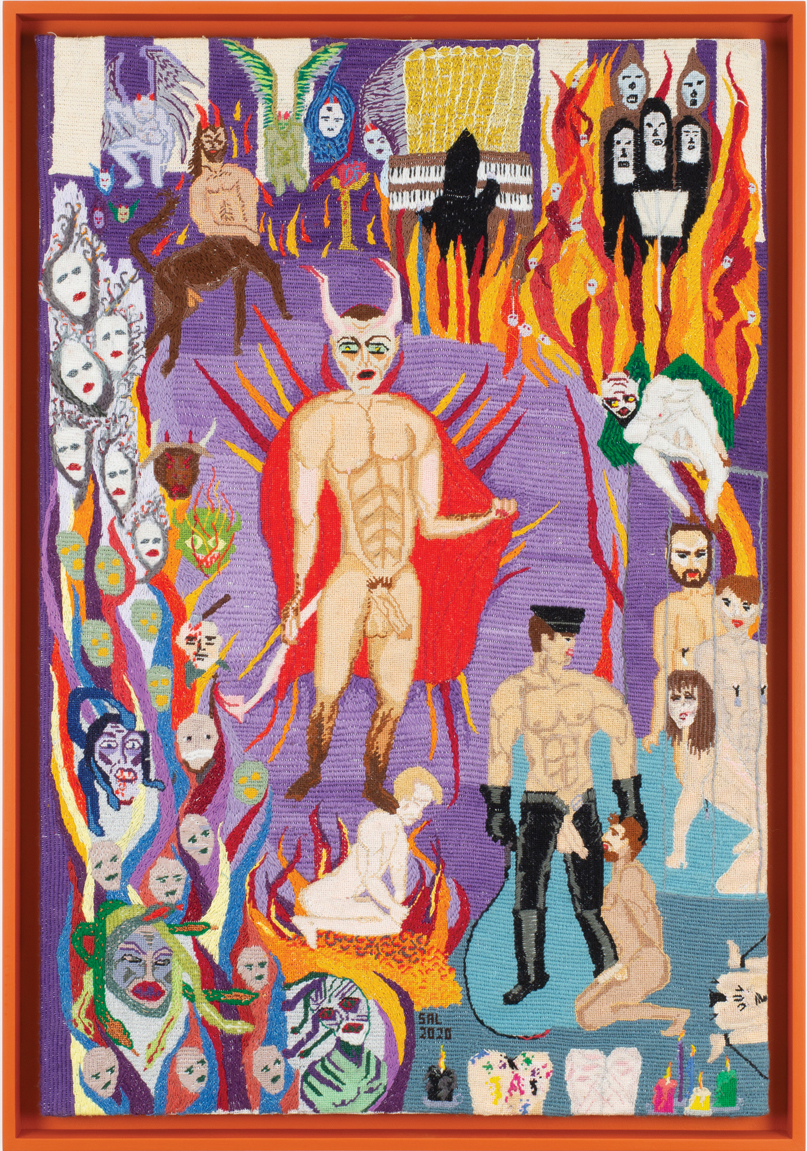 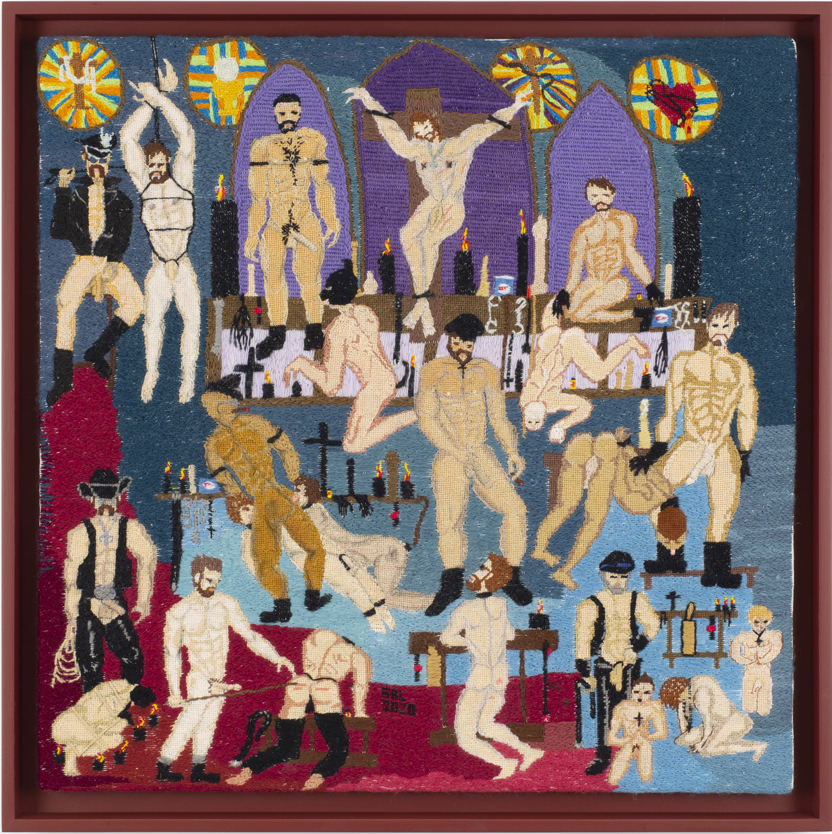 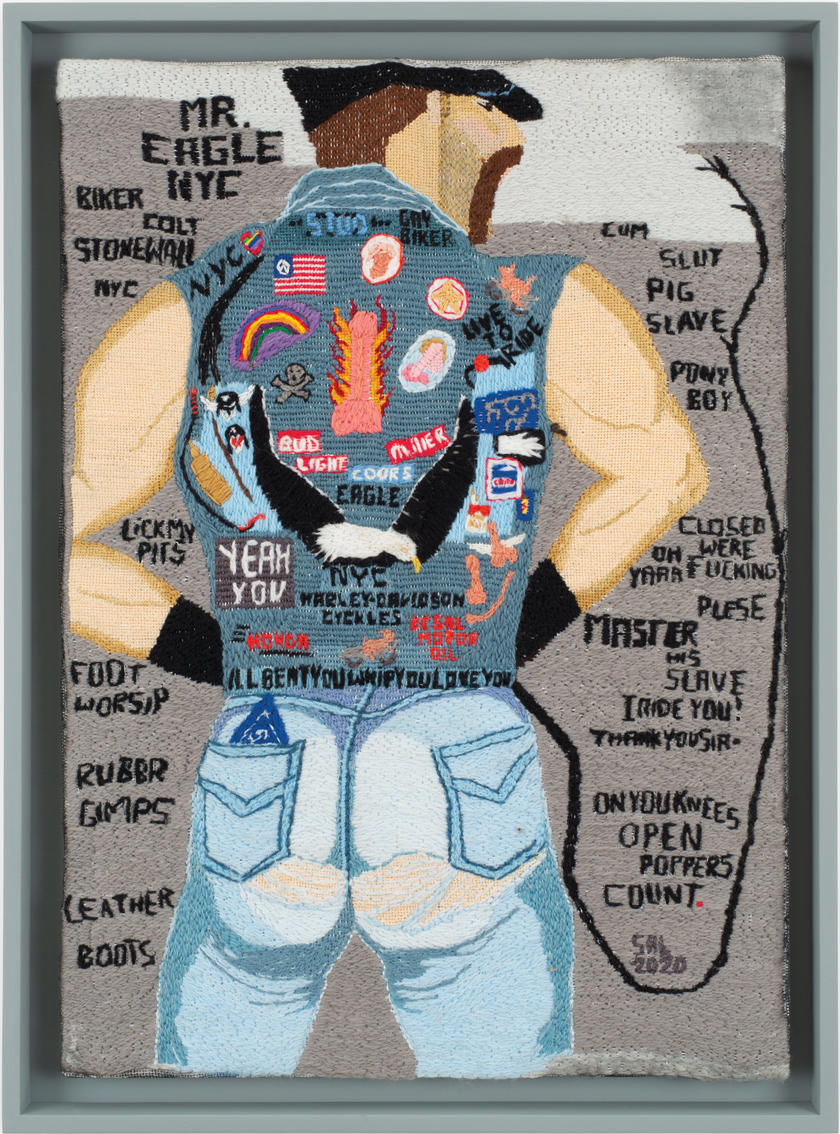 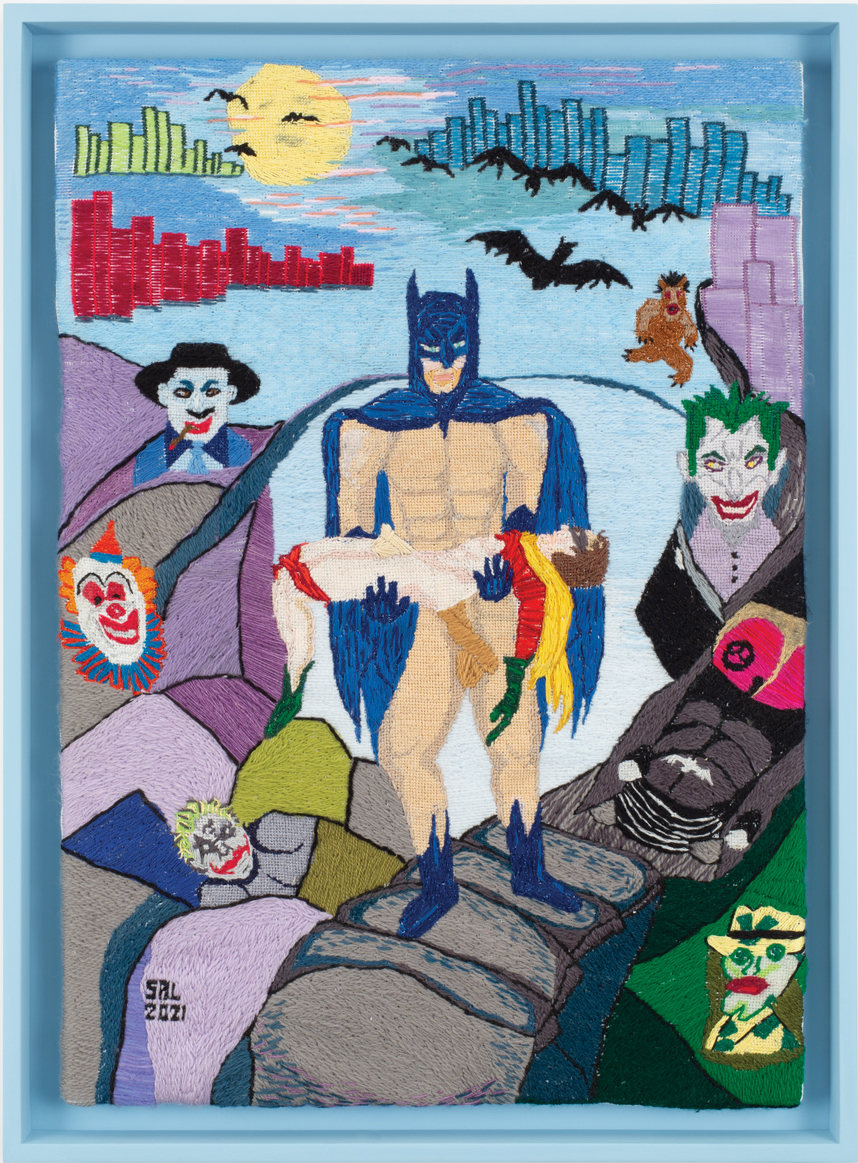 Can you speak a little about your experiences growing up? Were you always interested in art? I grew up in New Jersey and was raised in a very traditional family. My own immediate family was six children, three brothers and three sisters. It was a big family full of fun. There was always someone to talk to — lots of drama in an Italian family. [Laughs] My love of art comes from that wonderful, colorful background. Even though we were poor, we had beautiful things around us all the time.

My sister’s godmother was a very devout Italian Catholic, and she was the one who told me that I whipped and crucified God, which made me feel like, Wow, this is a little bit of S&M! — even though I didn’t know what that was at that young age. In the cathedral where we went every Sunday, there was a statue of Saint Michael with his foot on the devil. Every week, I would check to make sure his foot was still on the devil, and I would feel safe.

I was going to be a priest, but I couldn’t learn Latin, thank God, so I became a hairdresser. I thought I was just cutting and coloring hair, but it turned out that what I was really doing was helping people with their emotions, with their marriages, helping them figure out whether they should ask a man out. I would encourage them: Do what you want!

In my late twenties, I started going to sex clubs and baths, where I saw the leathermen on stage being worshiped like I had seen God on the altar in church. It was amazing. I realized I wasn’t the only person who thought like this, that other people had too. Watching men get fisted on stage, I started to think about poppers and Crisco almost like the mysteries of the Eucharist, taking you to this heavenly realm if you’re willing to believe. 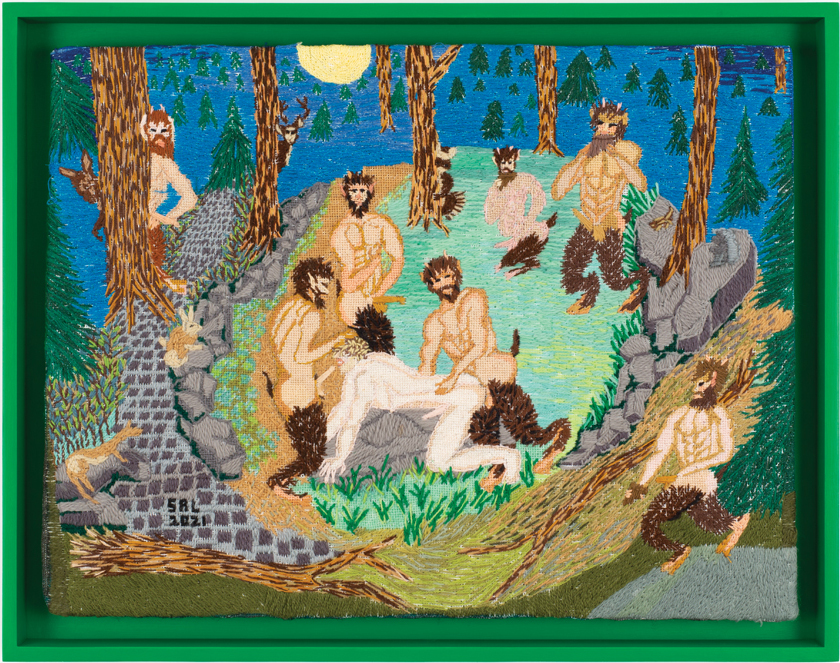 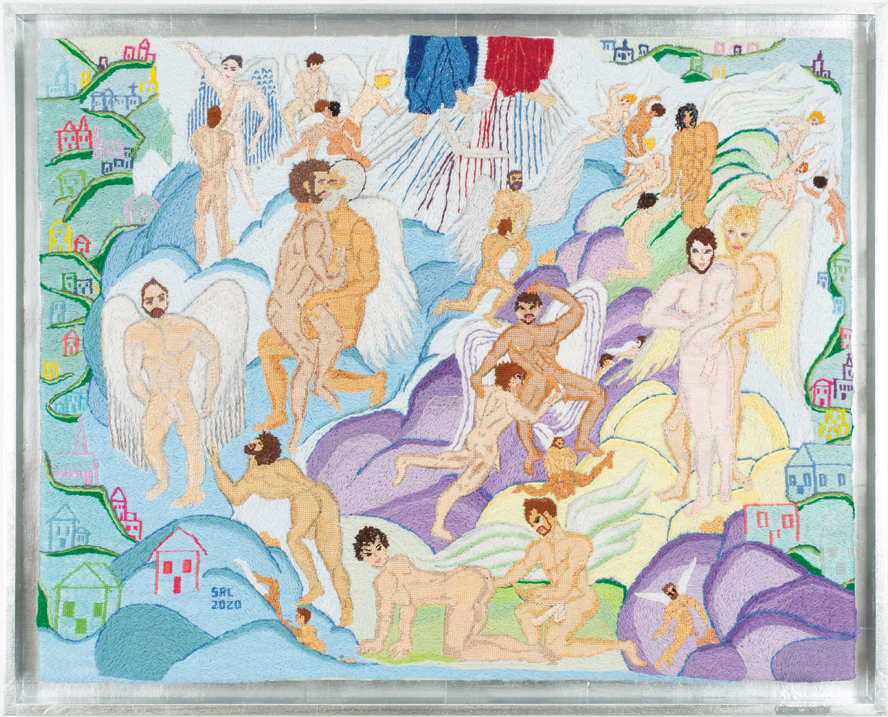 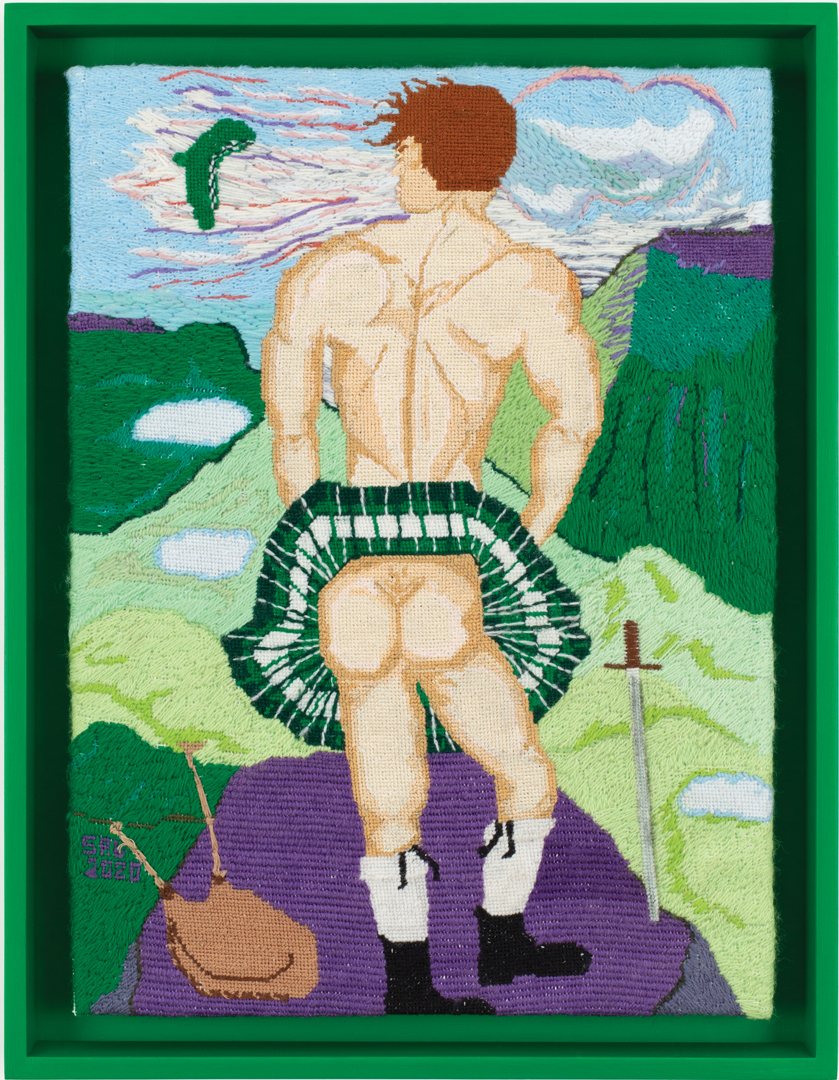 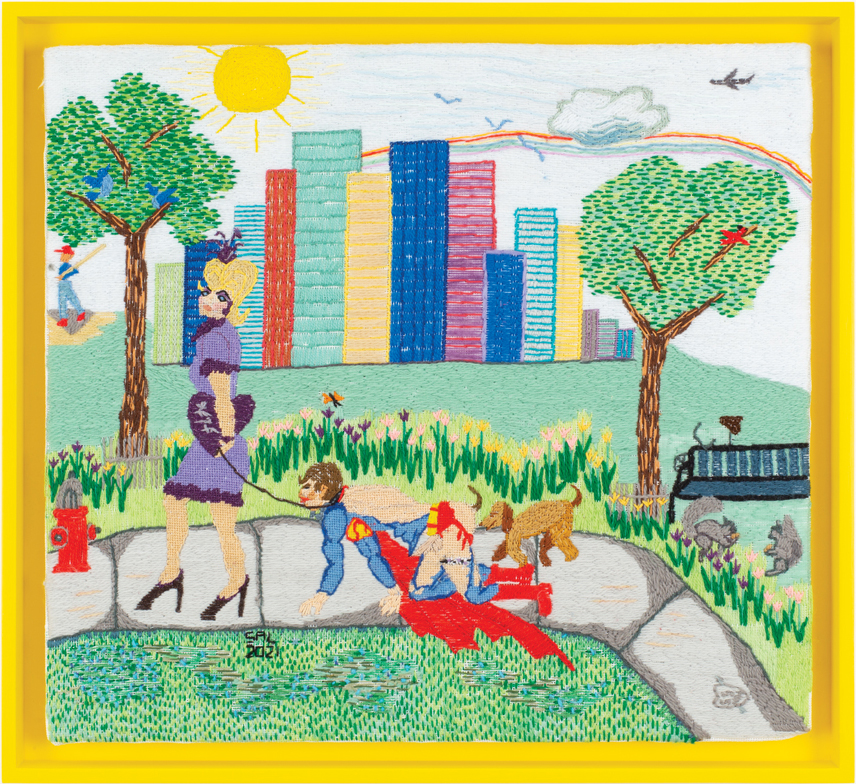 In addition to S&M and religious imagery, there are lots of superheroes in your work. Superheroes are kind of made for young gay boys: their wonderful muscular bodies, their bulges sticking out, their domination over the bad guys. As a boy, I wondered if I could be a superhero too. Masks are interesting in that way — when you have a mask and a costume on, you become this other person. It gives you the right to be your alter ego. But the most important thing is to use the mask to find and express your true self — your gay self — not as a way to hide it.

How were you introduced to needlepoint? I was sick and bed-bound and my mother-in-law sent me this little six-inch needlepoint kit, and I thought, What the fuck am I going to do with this? But I had nothing else to do, so I sewed it. As I worked, the picture evolved, and it just fascinated me. I’ve been sewing every day since then.

After a while I started drawing my own pictures and creating my thread paintings. I don’t like to call them needlepoints. They’re thread paintings because these stitches are made to bring out a sense of motion. Each stitch has a reason: a sweeping stitch might show the idea of a cape or clothes, or curved stitches might show muscles. I like all my stitches to direct you to look at something within the painting. It’s not just a square needlepoint stitch. I use these threads as paint. 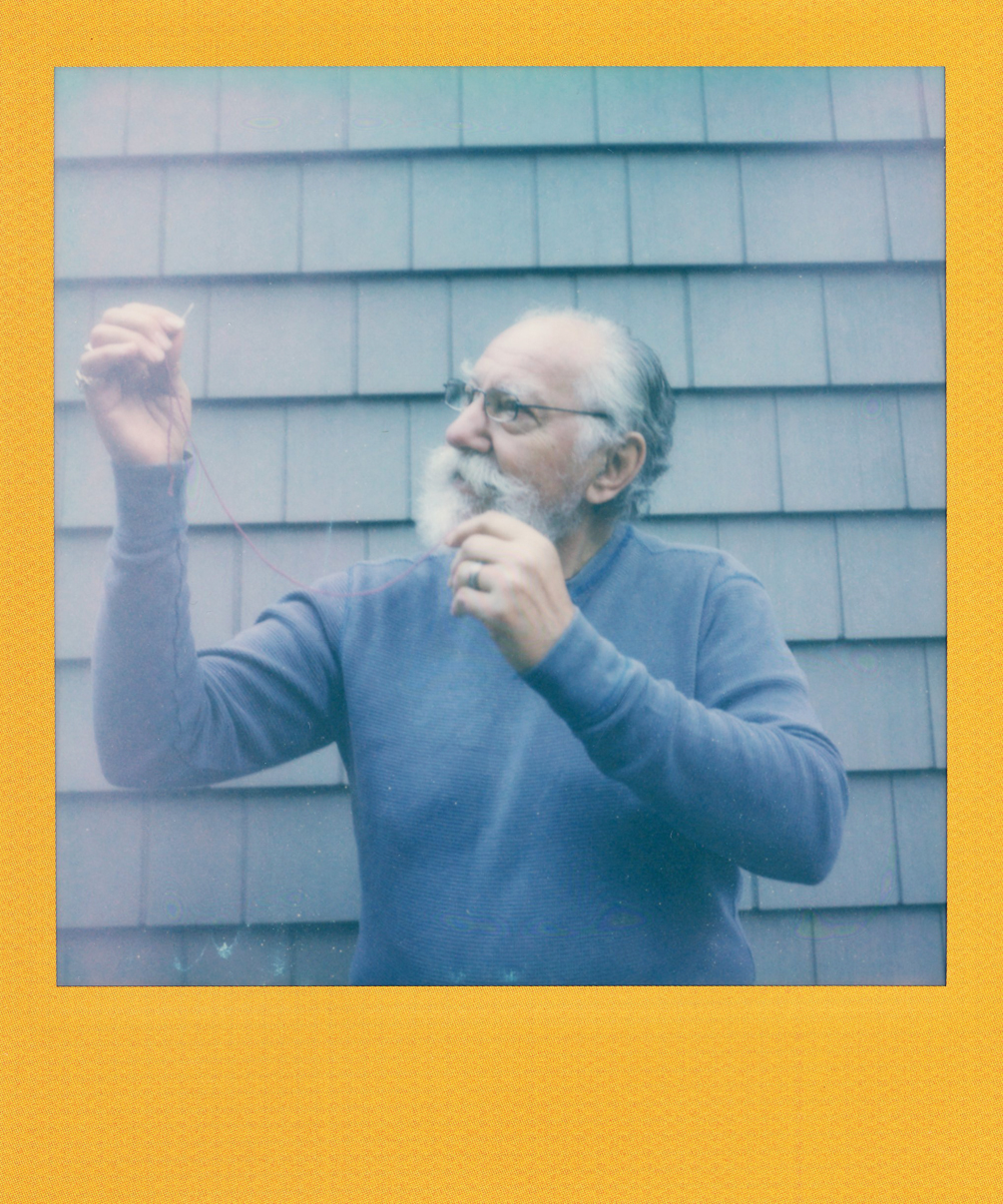 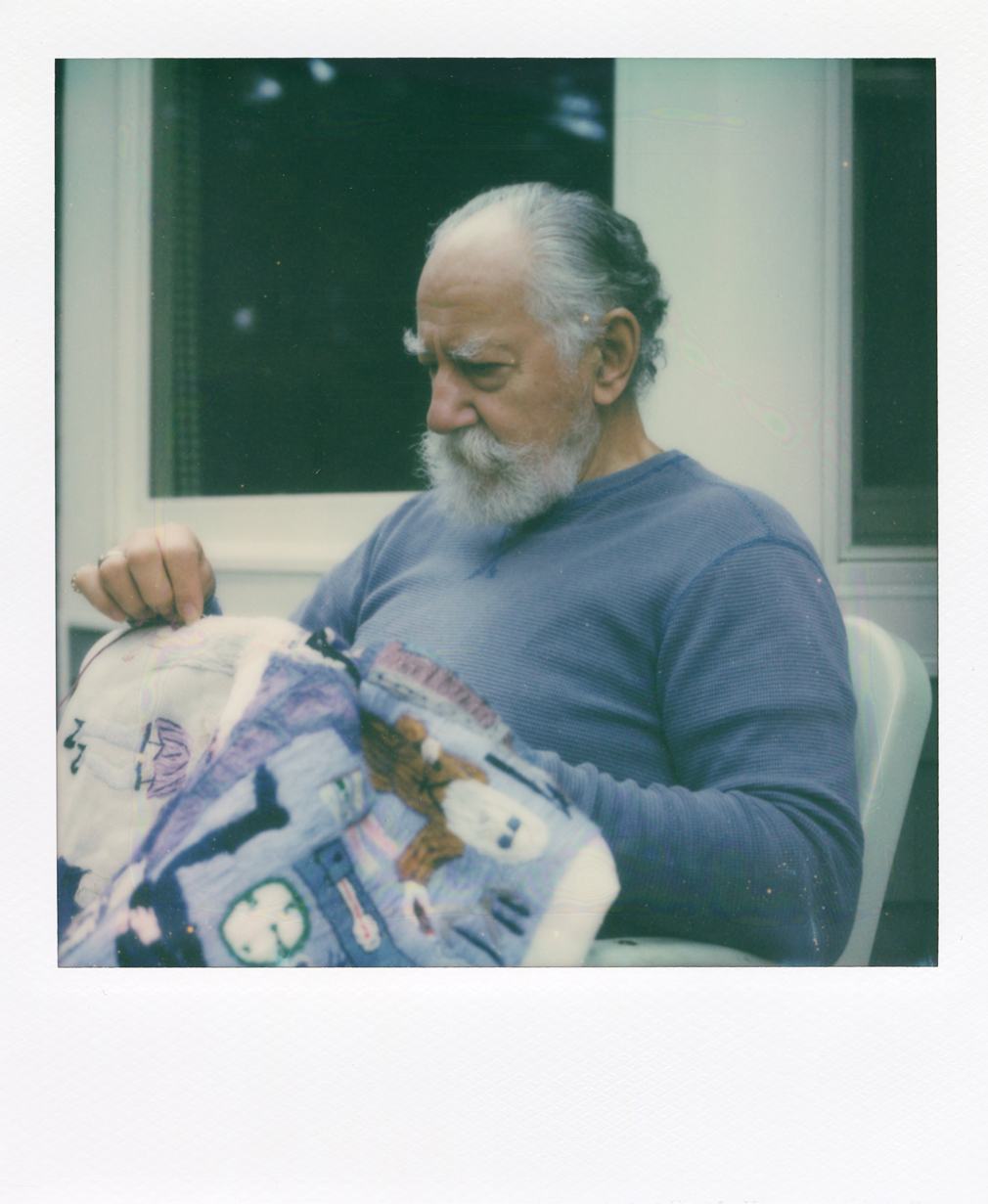 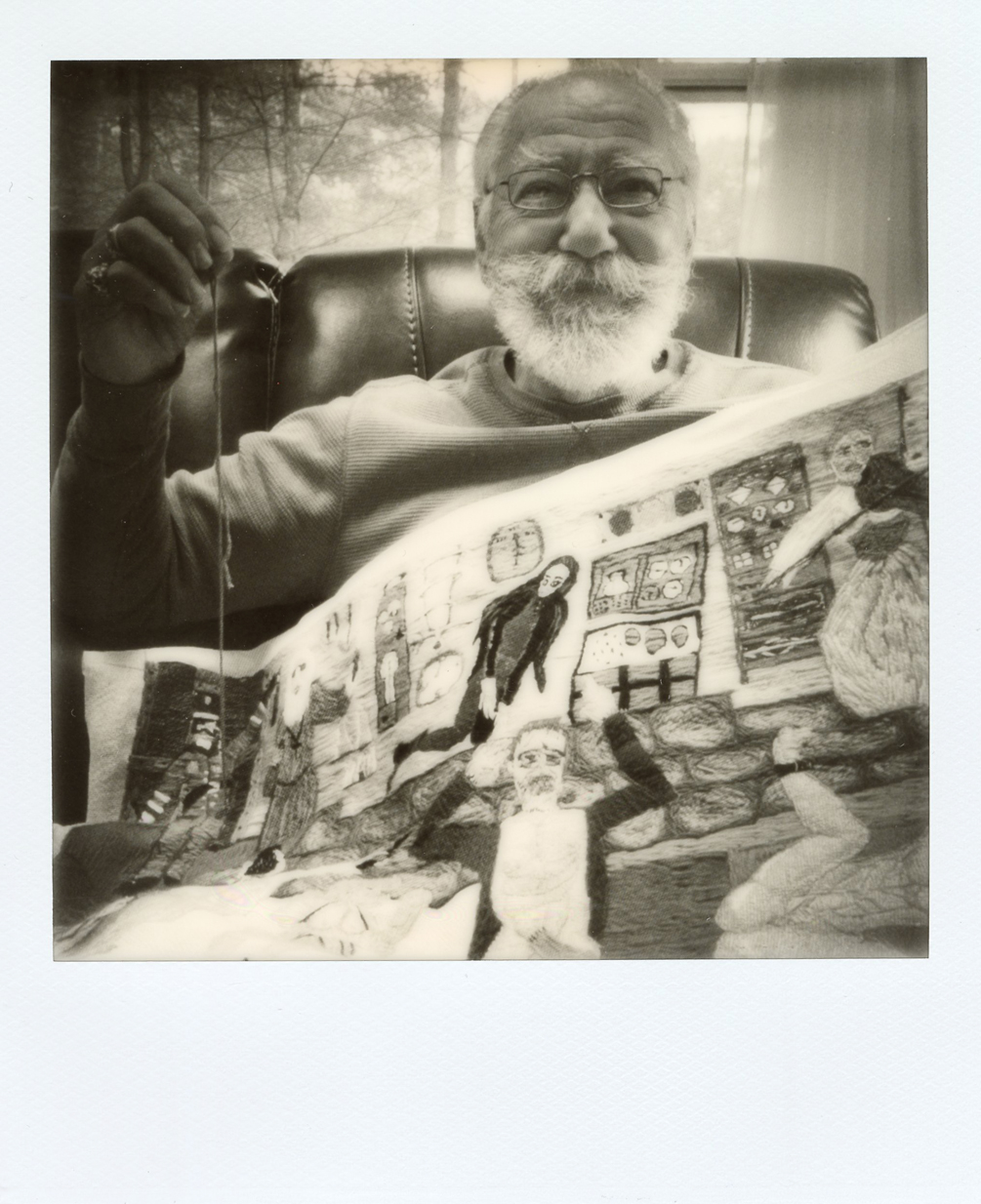