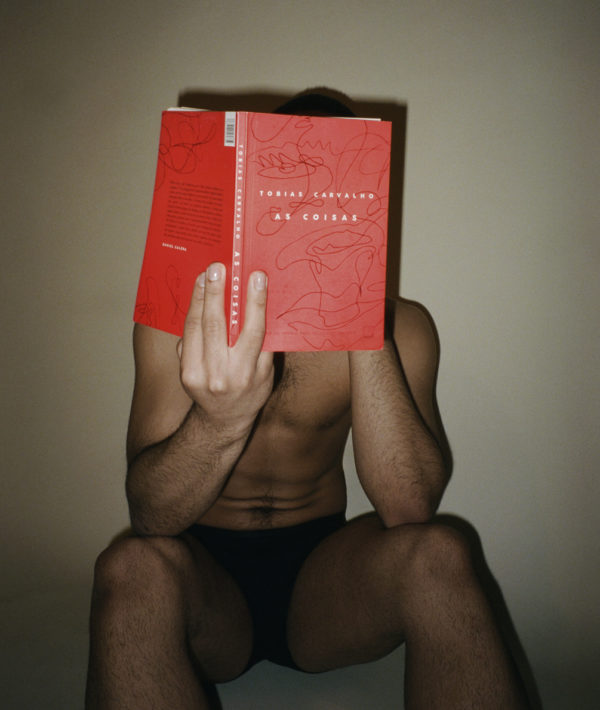 A conversation with the Brazilian literary sensation

Tobias Carvalho, 26, is already a literary sensation in Brazil. His award-winning debut story collection, As Coisas, describes the lives of gay characters in and around the city of Porto Alegre, in the south of Brazil. In brisk, steamy, and at times, chilling narratives, Carvalho captures an array of experiences from Grindr dates, to love magic, and gay saunas. As Coisas, which translates to The Things, pays close attention to intersections of technology and intimacy, the things we do for love – how young queer people search for connection in real and digital space. Before the launch of his second book, Visão Noturna (Night Vision), published in Brazil in November 2021, I spoke with the author about his story collection, As Coisas. I’d first read it when I lived in Porto Alegre, in 2018, and was taken by the spare prose and how accurate these stories represented the gay dating ecosystem of that city. The second book, Carvalho says, is not a “gay book” at all, but the third one, a novel, will be “very gay.” Here is our conversation:

How would you describe Porto Alegre to someone who’s never been? Well, Porto Alegre is a [city of 1.5 million people] in the south of Brazil, and I guess that it’s kind of known for its traditions, but it’s also a place where [the] Left has grown a lot in the 2000s. It’s kind of this place of freedom where left-wing people, parties and organizations in Latin America used to meet, and at the same time, it’s a place where there’s a lot of conservatism, you know, and the state, Rio Grande do Sul, is really conservative. So, it’s kind of this clash. Sort of a big city, but it’s also sort of not.

What would you say the gay scene in Porto Alegre is like compared to other big cities in Brazil? I think that there are places to go if you’re gay here, and each day there’s more actually. Well, there are also these places, like these underground places you go if you want people not to know you’ve gone there. But I think it has changed a lot, it’s way more open these days. If you have a boyfriend and you want to go [out holding hands], maybe it’s going to be fine, but there’s the possibility that someone will say something. There are a lot of gay clubs. I don’t know if you’ve been to Workroom?

Of course. I made my drag debut at Workroom. Did you?

Yes. I performed there; I did a Pabllo Vittar song. I’ll send you some pictures. I wish I could do that, but I still haven’t.

Don’t rule it out. You could do it to promote your next book. Yeah actually, funny you should say that. My other book, Visão Noturna is not gay at all. And then, I’m writing a novel that’s for my master’s, I study creative writing, and it’s a novel about a [guy] who is a drag queen and he has a boyfriend, and they have an open-relationship, and he goes into a relationship of sorts with another couple and it’s like these two couples intertwined. You know, gay people meddling.

I have to put that on my list. So, can you talk about how the language and style of talking to people on dating apps came into the stories in this book? Yeah, I wanted to kind of take advantage of how people talk on apps because – I think of it more of a wish to represent it in a way. The way I write is kind of simple. It’s not because it’s a conviction of mine, or something so thought out, it’s just easier to me… I wanted to put the language of the apps into the book because I thought there was so much there, you know? Like of course, I have used Grindr before, and my friends also do, and I guess that when I first went [on] it was a crazy experience. I was 17, possibly, and I was starting to be openly gay and it was this sudden rush of, I don’t know, freedom and a lot of stimuli. That was, I don’t know, so intense. And I felt like it was not represented enough in literature or in films or TV, and I guess that’s a very 2017 thing to say because nowadays there are more. But I had this sort of feeling that when gay people were in stories on TV it was always about coming out, these adolescents coming out. Which I guess is fine…but also, I wanted to see what else there was because I felt that I had come out already and it was done for me. And then there were other things that came to my mind, like being gay is hard, but it’s nice, I feel free but I feel kind of alone, so what is this? So, I wanted to write about that, like what comes next?

Has publishing this book changed your relationship at all to dating, or hooking-ups on apps? Has anyone asked you not to put them in the next book? It’s not that everyone knows me, you know? I’m not a superstar. But yeah, it’s made me afraid of using Grindr right now because it’s – I don’t know. I wrote a book that kind of criticizes [hook-up] culture in a way. I think it shows the contradictions of it. Right now, I’m not using it, but it’s kind of this addictive thing, isn’t it? And I guess that, if there’s someone on Grindr who knows me, and I start talking to them, and they’re like oh, I’ve read your book, I tend to – I don’t want to keep talking to you, then. You know what I think about all this. It’s so weird. I think it’s inevitable that sometimes I use things that people say and I put it in books, and it’s going to happen until the day I die. But right now, I am more careful that I’m not going to expose anyone. But it may happen, watch out.

There’s a theme in the book about the lengths these characters go to for sex, there’s even a story called “The Things We Do To Cum.” Can you talk about the places these characters are willing to go to for sex or connection? There are many sides to this. There’s this thing I always think about. [When] I downloaded Grindr, the feeling of freedom I got, and I guess that as gay people we’ve [gained] a lot of freedom in the last few years, or decades. It’s made me think nowadays that gay people can have really easy sex, these ephemeral relationships. [This freedom] came with a lot of effort. But it’s kind of so easy that you tend not to have any connection to the person and it’s kind of like, I don’t know, you can use Grindr a lot and if you don’t pay attention to it, you can hook up with a thousand people and never, maybe not even know their names. Which is really cool in a way but really sad in another way. It’s nice to be able to have sex and not be shameful about it. The freedom is nice, isn’t it? But maybe we still haven’t figured out what is the model that we want? There probably is more than that… It can feel empty, I guess. This freedom comes with contradictions, with feelings that are not always positive, you know?

Is there a chance we’re going to get As Coisas soon in translation? The Things? I guess The Things would do it. There have been proposals. Translators who wanted to translate single stories. I guess in the future it would be cool. For Brazilian writers, it’s difficult to get into the U.S… It would be nice; I think there are a lot of the same issues in the book that are kind of really what a contemporary American writer would write. I’ve been reading a lot of American fiction lately [by] young writers. It communicates a lot… I often feel that in American literature, it’s easier to find books that talk about the same things that I’m talking about. 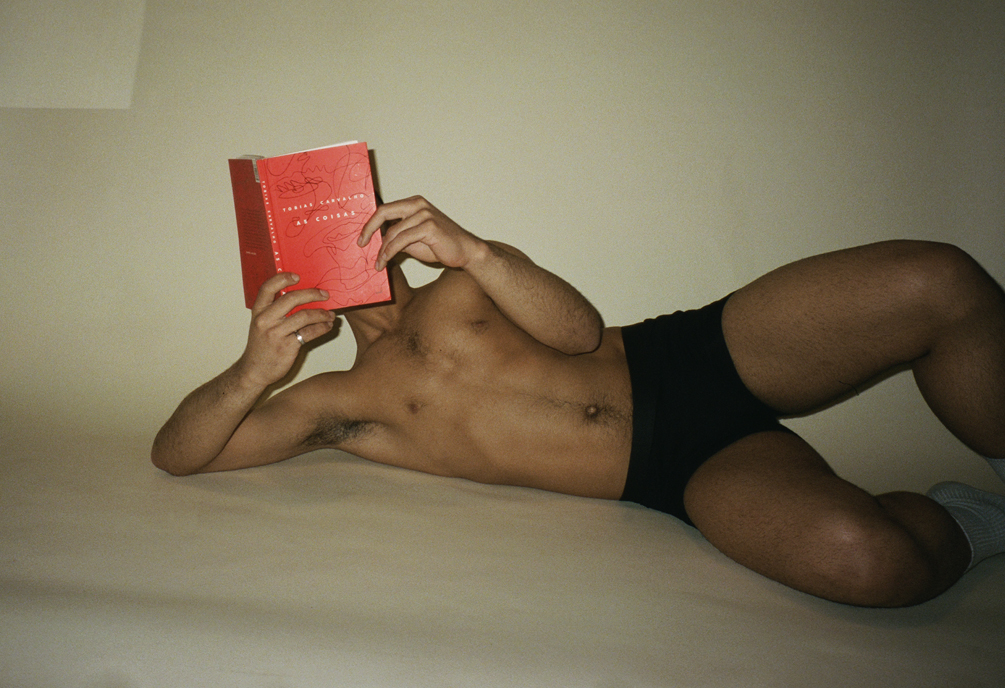