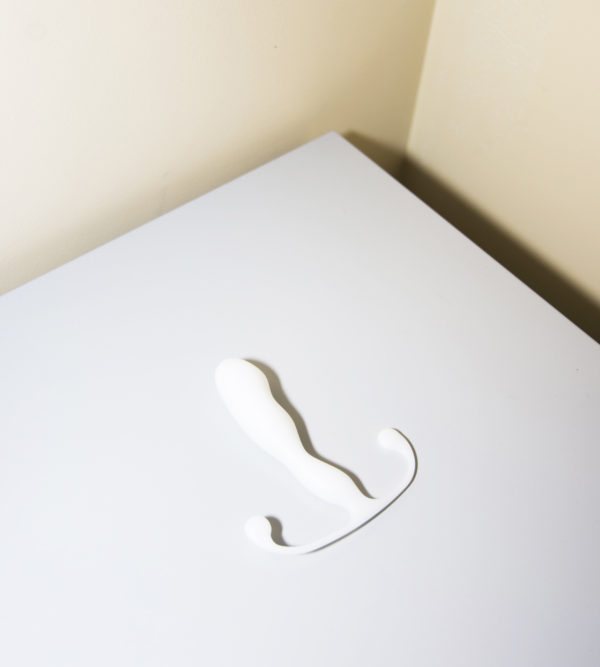 I’ve always been fascinated by sex toys — the fleshlight varieties, the kind you insert, those vibrating ones — and, thanks to GAYLETTER’s poppin’ XXX desk, I’ve had the good fortune of starting my own collection! I recently received the Helix male G-spot stimulator by Aneros and was thirsty to try it. Sexually speaking, I’m a top, but a top who loves his ass to be toyed: Rubbed, touched, licked, eaten, really anything… except penetrated. Sorry! But lately, I’ve been trying to be more open (pun intended) about putting toys and penises in there. Anyway, I shoved my stimulator away in my backpack and took the Helix home.

By the time I got around to trying it, though, I was kind of nervous. My sexual energy had been knocked off kilter after a really strange hook-up with this guy who was hot but definitely a pathological liar, which is the biggest turn-off.  My horniness was so outta wack that I felt like I had to wait to use my new toy in order to give it a fair review — fair for the toy, but also fair for myself. Finally, after the latest episode of RuPaul’s Drag Race I was thoroughly wine-drunk and sativa-stoned, and my doggish horniness returned. My dick was on brick, and I knew I was ready.

The size is right. The massager isn’t too huge, and it reaches just far enough inside to kiss the prostate. I’m sensitive when things get too deep but none of that happened with the Helix. I was also surprised to find that the toy is powered by my own asshole, as in, it doesn’t vibrate or anything. It’s just a solid piece of material (Silicon? Plastic? It’s not specified.) that is designed to pivot with sphincter contractions. That’s a really unsexy way of saying: your ass will naturally move the toy to do what it needs to do while one of your hands holds your phone and the other holds your dick.

Perfect for a non-abstaining gay such as myself. And yourself too. 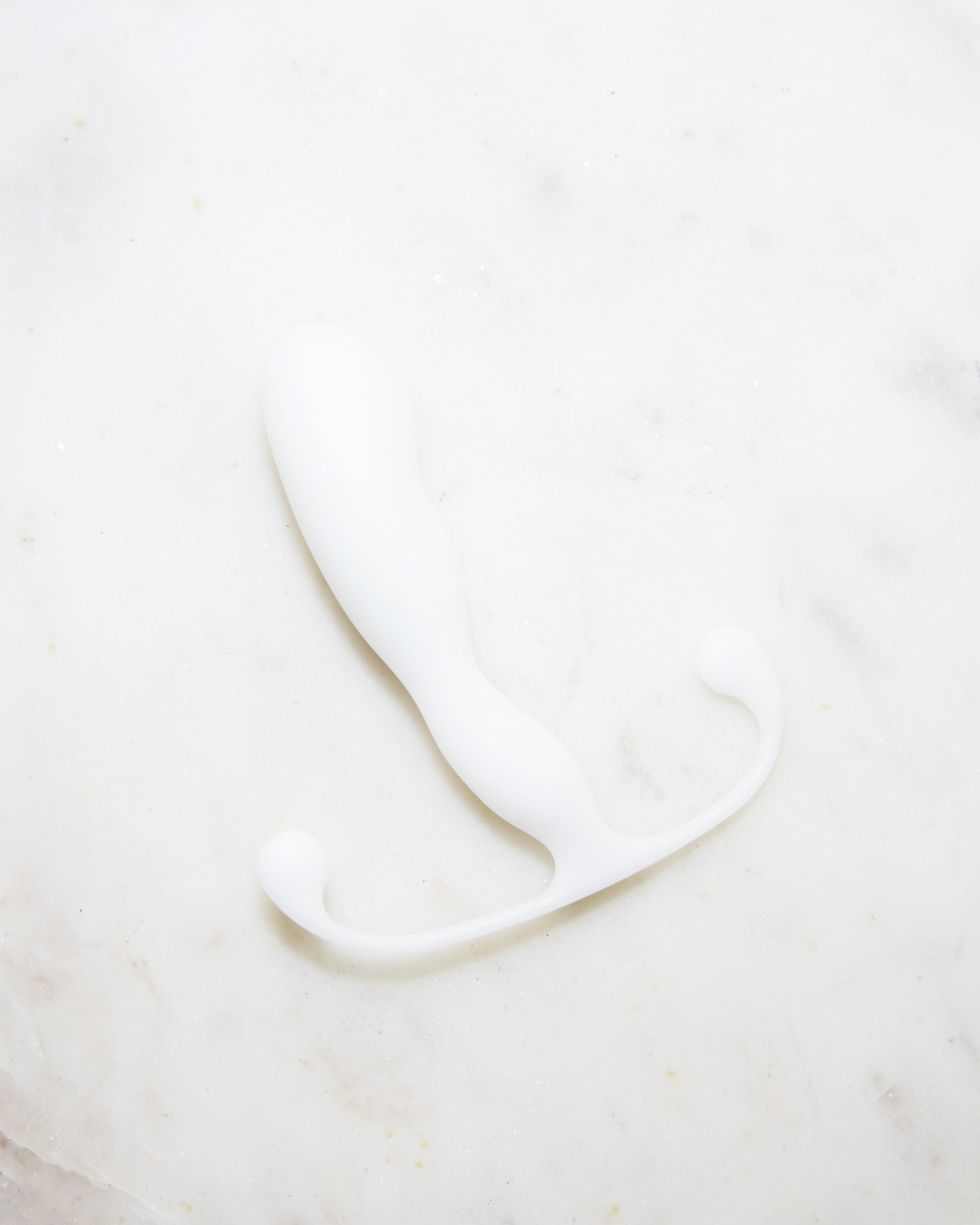 You can snatch your own Helix at Aneros’ website. Ok bye!