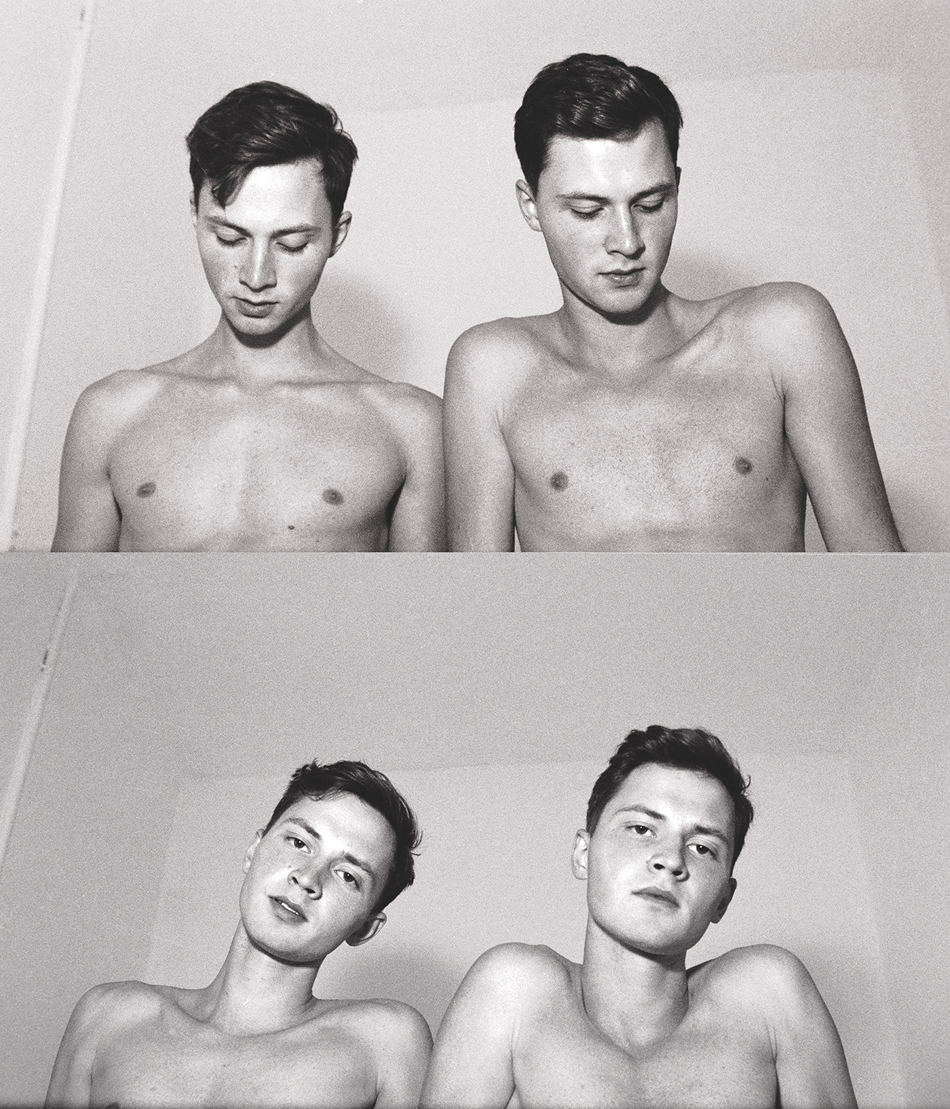 After a two year hiatus, the Tom of Finland Foundation celebrated their first live Art & Culture Festival at Second Home in Los Angeles 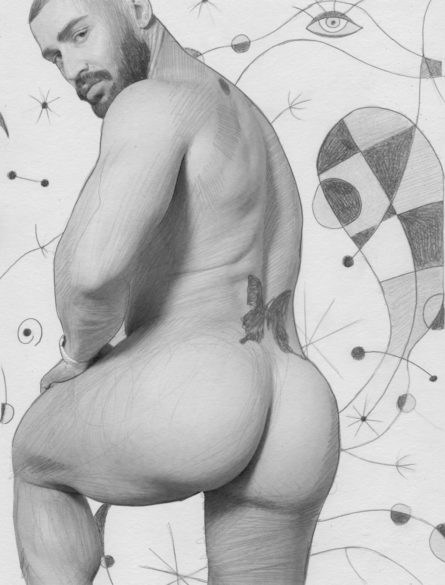 While much of this work was put on hold during the pandemic, he hinted that his months of quarantine were still full of life, rhythm, and drama. François has no intention of being tied down, by a relationship that is. A quick dive into his Instagram will reveal a cheeky dance with a green blanket, BTS shots from an upcoming music video, film stills of glossy 1980s studs, and more.

Getting to know Teesaddy, the 29 year old, six feet tall aspiring fashion writer and internet hottie, based in Detroit. 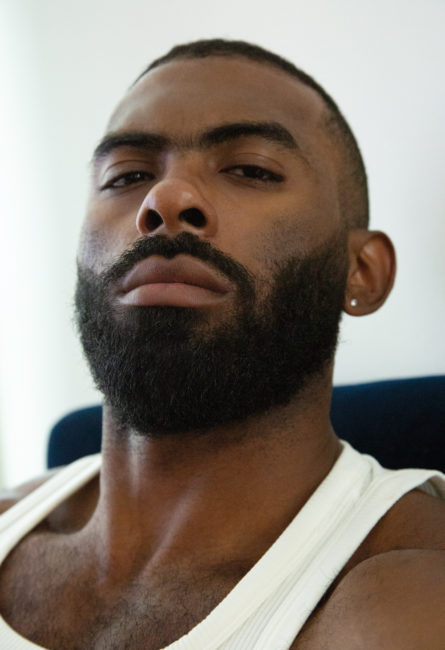 Tell me about the name Teesaddy. It’s just like a name that stuck in high school. That’s what people would call me. It was also my Myspace name.

I thought your name was a play on the word zaddy. It’s not directly related.

When did you start posting sexy photos of yourself? I guess I started posting selfies in college to get attention from guys that I liked.

What were you studying in college? I was president of a small fashion newspaper in college. I started writing for a few fashion journals. My dream was to sit in the front row and analyze things. I used to post on Twitter, and a lot of the tweets that I would make about fashion wouldn’t get any attention at all, but the shirtless pictures that I posted after the gym would get lots more attention. In order for me to get featured as a writer, I would have to have a following, so I was like, “okay, I’ll just throw a jockstrap on!”

Hiring people based on what their social numbers are is silly. It’s really crazy that skills are less important than the amount of followers you have.

What’s your favorite part of your body? My legs are long.

How did you get into OnlyFans? My ex-boyfriend, he lives in Michigan where I lived during the pandemic. …

A trip to Ft. Lauderdale beach with the talented young performer 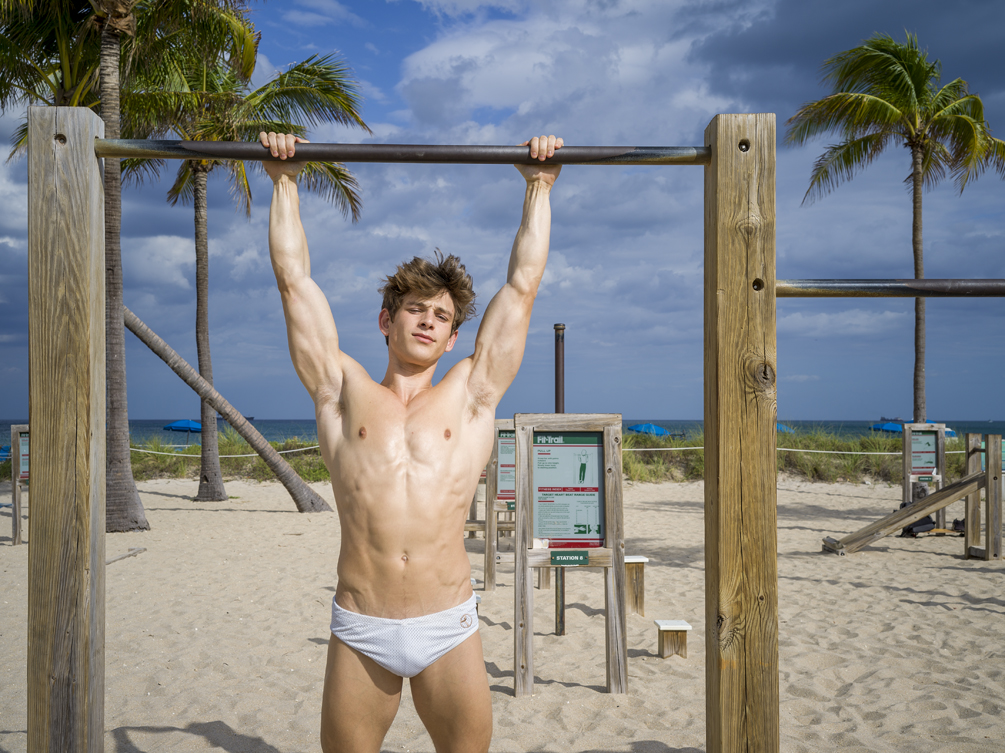 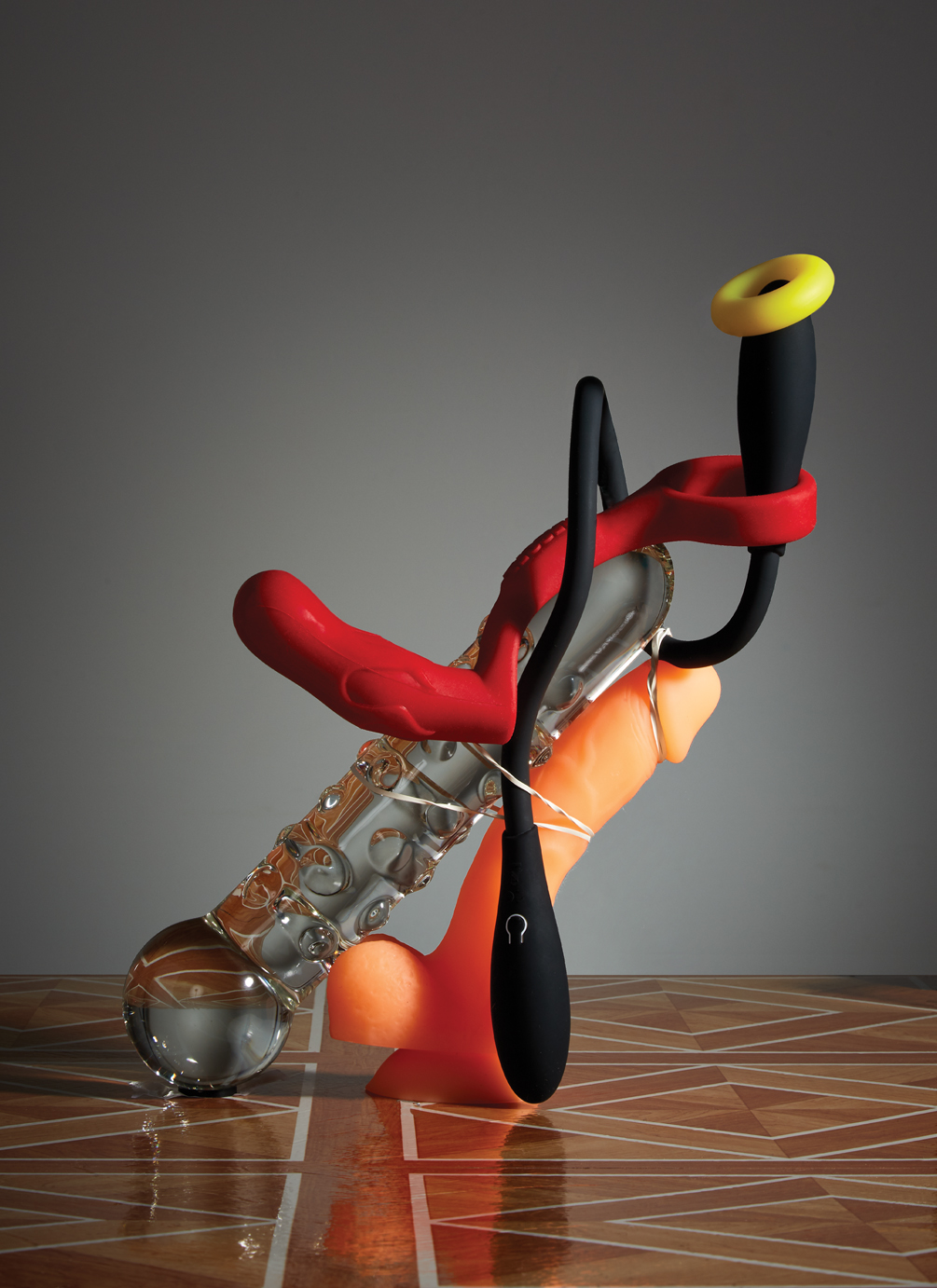 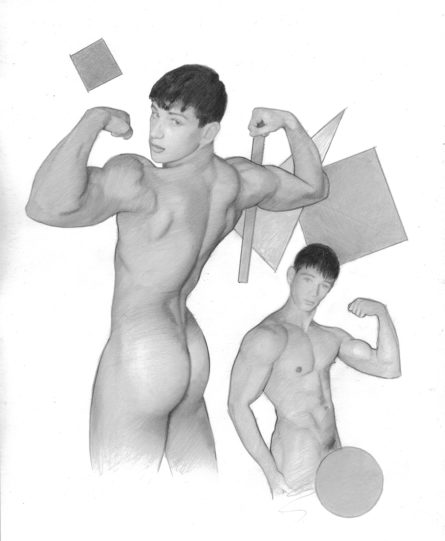 Reno Gold has been making money from his immaculately sculpted body since he was an 18-year-old stripper in Reno, Nevada. Names he went through before he got to Reno Gold include Sebastian Valentino and Richie Rose. Now at 24, Reno has moved his talents to OnlyFans. He’s been doing it for two years, but in the last year his income on the platform has exploded. Even with the 20 percent cut the company takes, he often manages to pull in over $100,000 a month. In total he’s earned over $1.2 million. The quarantine has been a golden opportunity for Reno.

“Covid has been really good for business just because people are craving that human interaction.” Reno now resides in Miami, but he was born in Illinois. He is currently single, telling us that his number one focus is his work. “I talk to my subscribers every single day. When I wake up, I immediately check my messages, answer them, and then hit the gym. Then I come home and film. I think it’d be kind of hard to have a relationship.” When asked to give us an official job description Reno responded with “local Internet hooker” or “digital panhandler.”

Reno loves his eyes but he says, “my dick brings me the most pleasure, so he’s gotta be my favorite.” Reno has plenty of fantasies, and he’s been lucky to fulfill some. “I actually lived out one of my fantasies a couple of years ago when I was traveling to Paris.” … 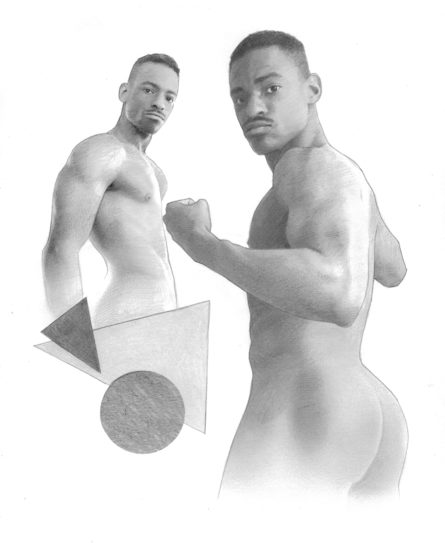 Moan Together by Matt Lambert

A video to support sex workers at risk during Covid-19 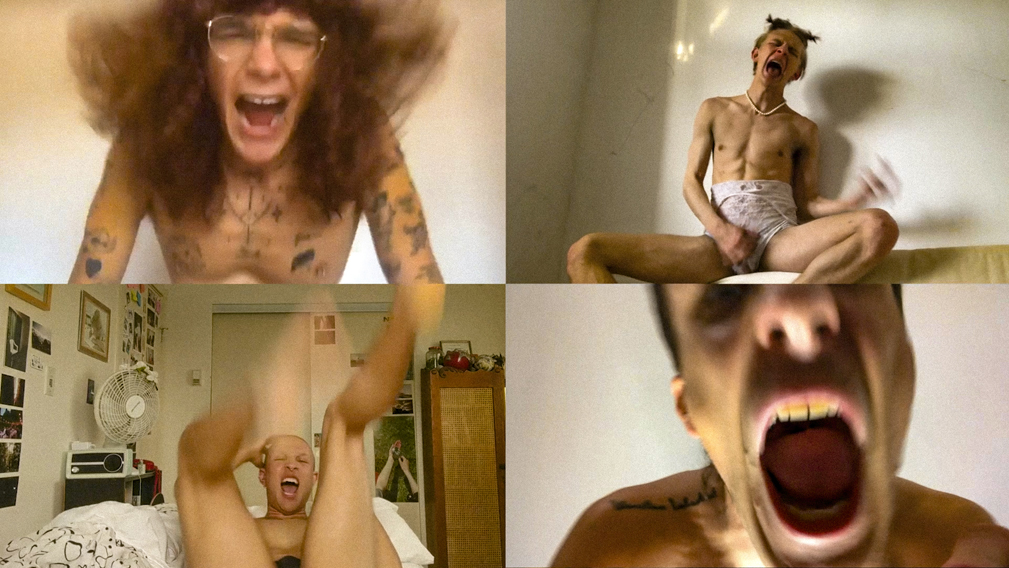 STILLS FROM THE MUSIC VIDEO 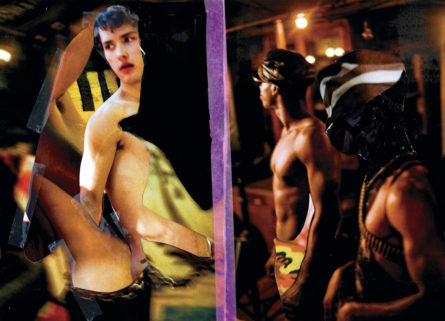 Pleasure Park is his fifth publishing project, produced as both a film and zine, inspired by the legacy of Tom of Finland. Debuting on Men.com in early 2020, the film is a stylized documentary of a group of adult performers, friends on a hot summer day, shot at the Tom of Finland Foundation, at Tom’s former residence. The cast includes Sean Ford, Joey Mills, Angel Rivera, River Wilson and Tannor Reed, with a live music performance by Taco Guillen of SCUM and several of its East LA Latinx members. The accompanying zine was released in early December 2019, illustration and graphic design crafted by Stefan Fähler, and it is available at the Tom of Finland Store.

Having worked with Christeene and Rick Owens on their infamous music video, Butt Muscle, and the picture book Vitium, a collaboration with his husband Jannis Birsner, Lambert is no stranger to voyeuristic sensibility and sensual oddity. Recounting the experience of making Pleasure Park, he describes, “there’s definitely a big throwback to queercore punk zine culture which we started to play with in Vitium. With Tom’s work being such a conscious and sub-conscious influence on my work, it was so inspiring to create this in the context of the foundation and at the house which holds such a magical and hedonistic spirit.” … 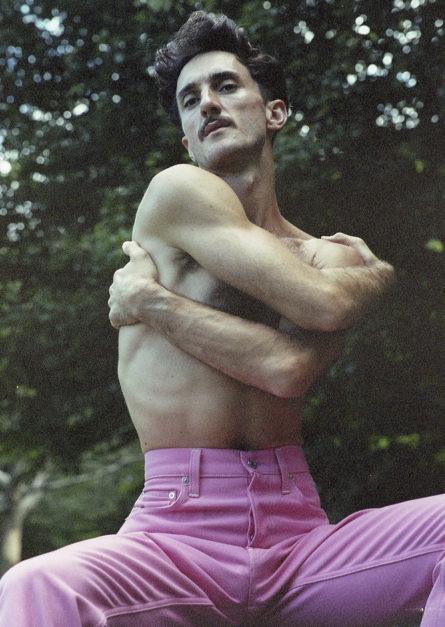 When did you first realize you were getting popular? Instagram’s been a bit of a slow burner for me. I would say I started doing more stuff on Instagram about four years ago, and essentially everything’s slowly grown. … 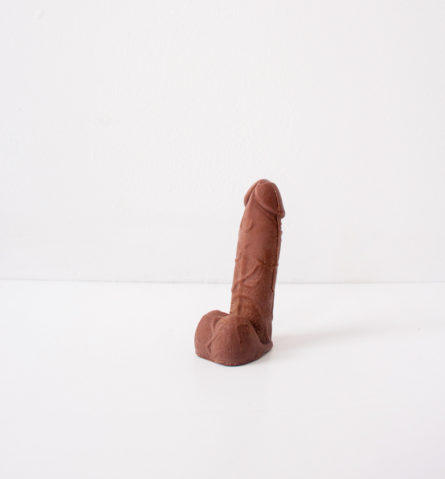 I opened the press email about this item fairly quickly after reading the subject “…Dick at Your Door!” I opened my eyes wide and read the details. For those of you that get easily excited the chocolate dick appears bigger in this photograph than what it is in real life, although it’s still an exciting size — something like a good 6-inch rocket. This gives you an idea of how deceiving dick pics can be, photography can do wonders for the appearance of your penis.

The chocolate dick was an item originally developed as a prank, “a way for people to anonymously tell their friends, office colleagues, frenemies… to “eat a dick” without the repercussions” the inventors tell us. I mean sure, but receiving a dick at the door for me sounds funny and perhaps it’s more suitable to cause a few giggles, than freak anyone out. The company is pitching this item as a “perfect April Fools and Easter gag gift.” I can certainly see it for Easter, if they have chocolate bunnies and eggs, why not a dick? “One dollar from every order is donated to the American Cancer Society to help fund Prostate Cancer Research.”

It’s a nice gesture to send a chocolate dick to anyone who loves a light joke or maybe someone who’s super conservative? The dicks come in different types of chocolate, just in case you are picky about your flavors. Send a friend, a family member or anyone who could appreciate the joke. …