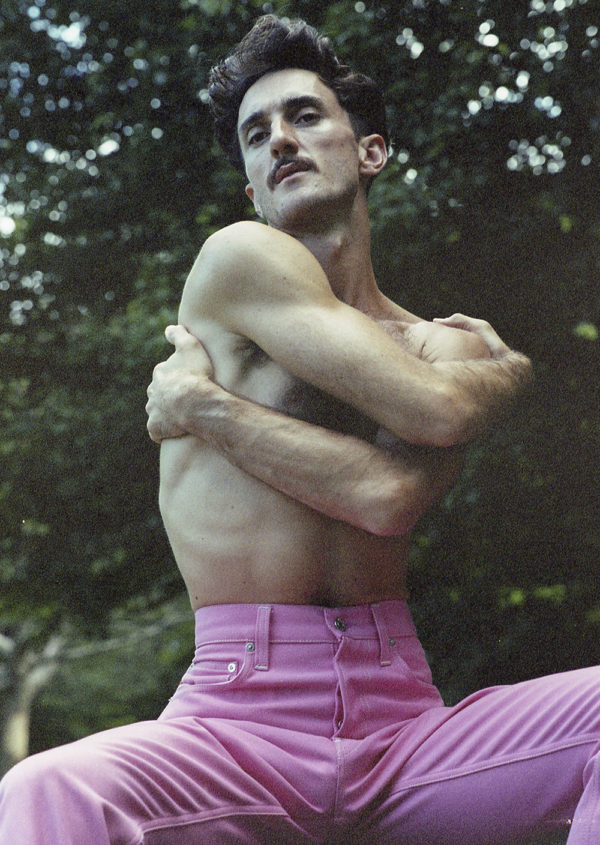 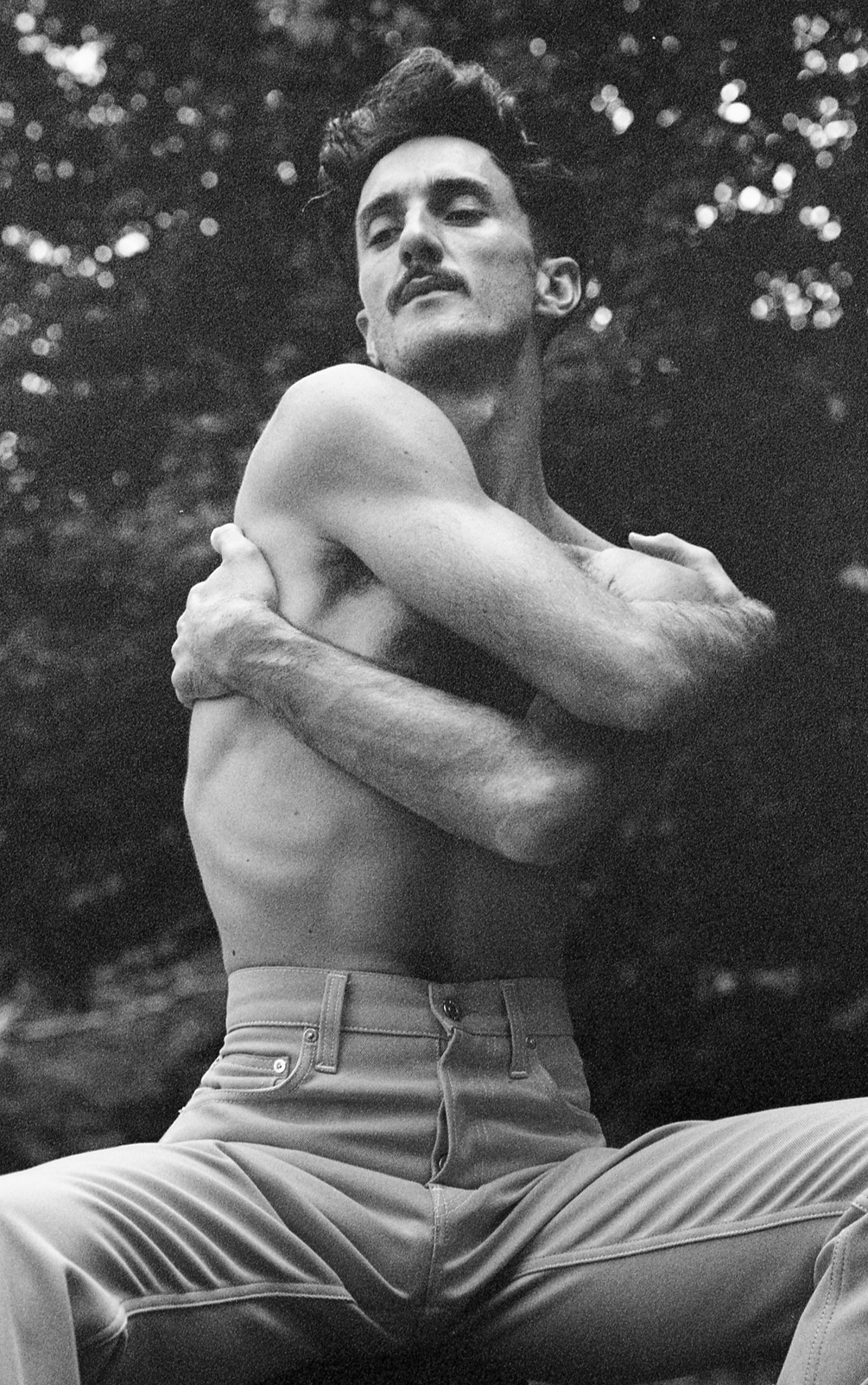 When did you first realize you were getting popular? Instagram’s been a bit of a slow burner for me. I would say I started doing more stuff on Instagram about four years ago, and essentially everything’s slowly grown.

What do you think drew people to your Instagram? I mean, I’m naked on it. It was definitely a “sex sells” situation.

I know you were an actor, a singer and a professional dancer. I’m curious about your love for erotica. How did that transition happen? I’ve always been a very sexual person, even in my private life during the many different careers I chased through my 20s. I always had photography as a side hustle when I was a dancer, so I was always taking pictures of other people, myself, models, whatever. When my website first launched, it started off as a self-portrait project, and it was more about my sexuality and finding myself after a really long relationship I was in.

A lot of prominent queer people, yourself included, are shadowbanned on Instagram. How has that affected you and your work? My Instagram with 170,000 followers (@justsammorris) was taken down. Obviously, I managed to get it back. I was wrongly deleted for sexual solicitation, but their definition of sexual solicitation is very vague, so god only knows what it actually was. I managed to get it back because it was a mistake, but then, because you’ve been deleted, you’re what they call shadowbanned. It just means that you can’t be seen on the platform; the only people who can see you are your followers. Even then, people can’t really search for you, and they won’t find you. It feels like you’re being hidden, like Instagram doesn’t want you to be seen. That makes it really hard to build your enterprise. It feels like you’re Mr. Cellophane. You’re trying to build your brand and get people to see your work, but it’s literally impossible unless you involve third parties. It’s become more malevolent recently; it didn’t used to be like this. It’s a really difficult time to do what we do.

Do you feel like the queer community is policed more strictly on social media? I think it would be a disservice to women to say yes, because I think women in general are treated more harshly on Instagram. Just from my female friends who are sex workers and have lost multiple accounts, they don’t even get a chance to appeal. That being said, I think queer art, in just its nature, has always walked the line into sexuality.

It does feel like queer people are targeted more. And it’s broad. It’s not just sex workers: It’s artists, magazines, parties, events   —   all these different things are being targeted because their wording might be considered too adult, or their flyer might be considered too adult. It’s so vague. What are the rules? We don’t know what the rules are. 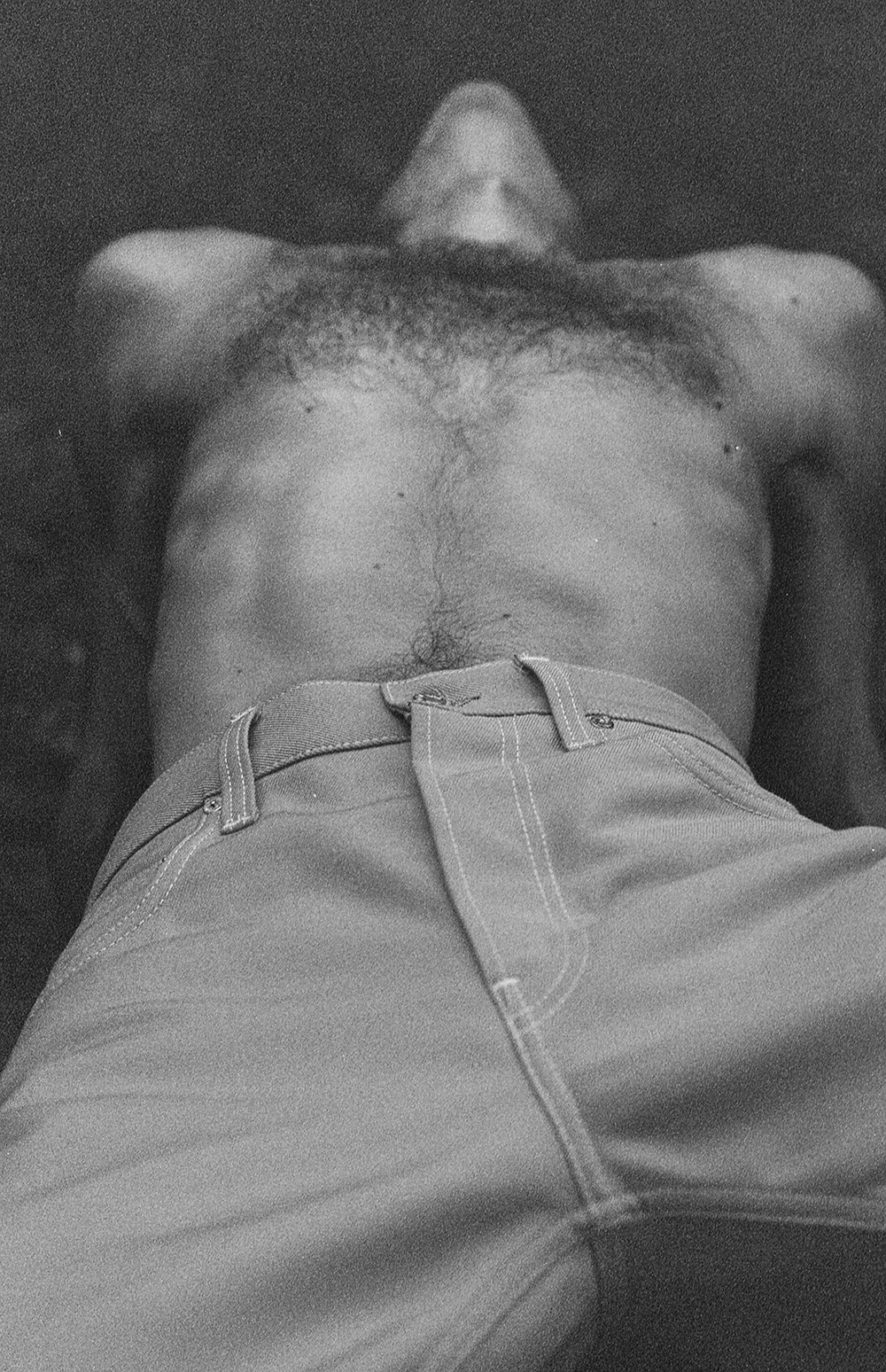 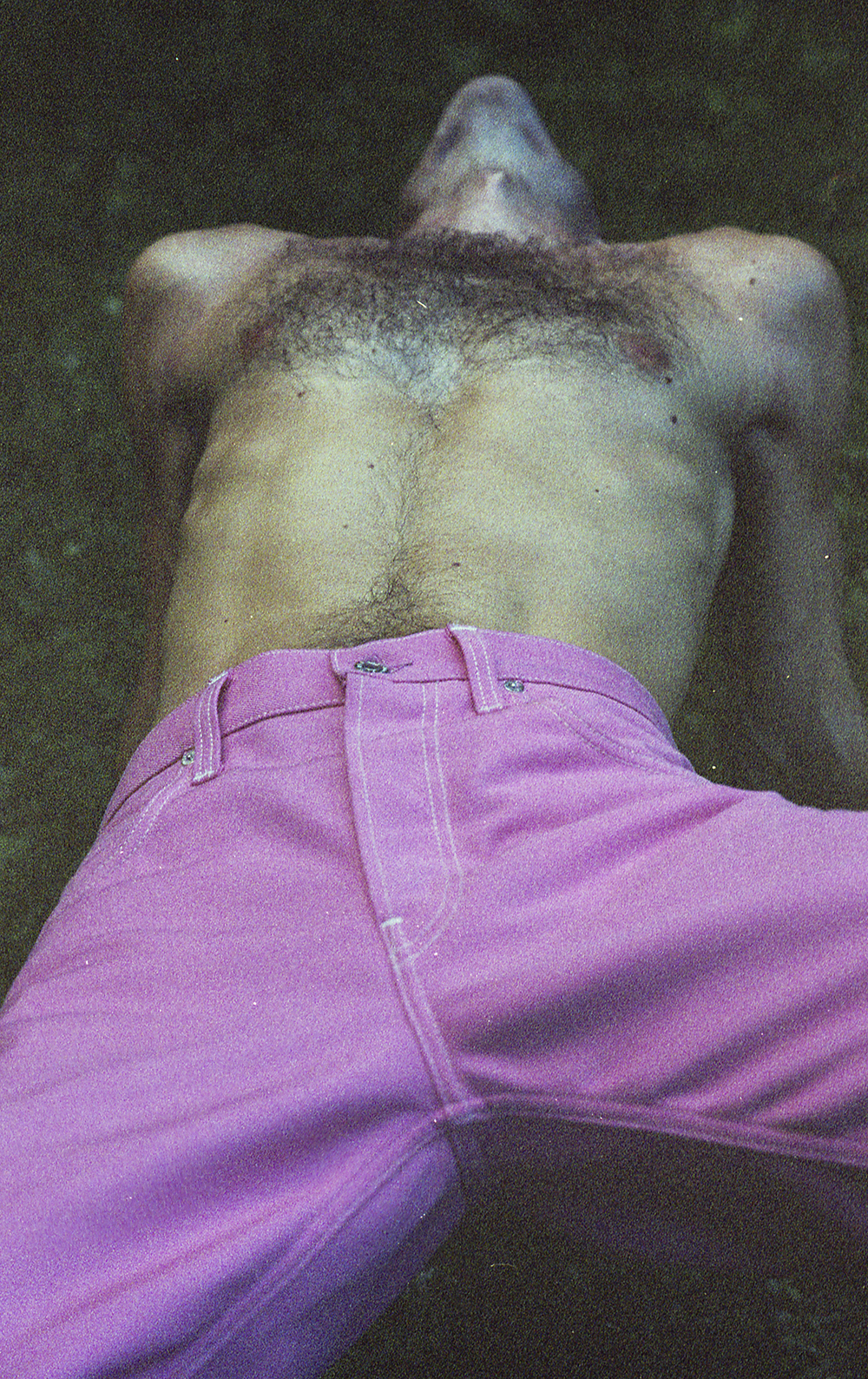 What’s your favorite part of your body? I really like the flank part of my body, between my ass and my armpit.

What body part do you find most attractive on your partners? The most important thing for me is face. The connection you see in someone’s eyes, or their smile or their face, can throw everything else out the window.

Do you prefer cut or uncut dicks? I’m going to say uncut. I’m not really familiar with cut dick, and I always feel like I should like go to school to learn what the fuck I’m doing with a cut guy. I’m uncut and I grew up in Europe, so most people here are uncut, too. It’s normally when I go to the States that it’s the other way around. I have to teach them how to use mine; they have to teach me how to use theirs. It’s like learning how to be gay all over again.

Does it feel weird having strangers on the internet comment on your body all the time? I’ve become slightly dissociated from the person that is online. The only time I start to feel uncomfortable is when my body is objectified in person. It’s almost like people come straight out of the comment section into real life. They feel they can just touch your body, because it’s still a product they can connect with, like they can on the internet. I’m like, “Uh, hold up, that’s not how this works.” So normally on the internet I always say it’s just digits on a screen to me. I try and disconnect myself from it; otherwise you’d feel completely crazy with the good comments and bad comments and everything in between. For me, it’s how it translates into real life, and that can get murky.

I had a question about that, too. Because of your popularity, do you feel like strangers who meet you are very sexually forward with you? It does happen a lot to me, particularly in gay environments, just because that’s where I’m most known. Touched, groped — I’ve had all sorts of stuff.

It pisses me off. I’ve got so many people that respect me and come up to me and say, “I love your work, I’m a huge fan of what you do.” They would never do something like that. But then you have other people, especially when they’ve got too much drink or drugs in their system. That’s always an excuse for touching people inappropriately. I think people who see me and know me from online think, Oh, he must be easy. I’ll give it a go. I’m super uncomfortable, but I just sort of laugh it off, which is actually the case with a lot of people who have dealt with sexual assault. It’s never the case where you retaliate, because it just doesn’t feel appropriate when it’s happening. 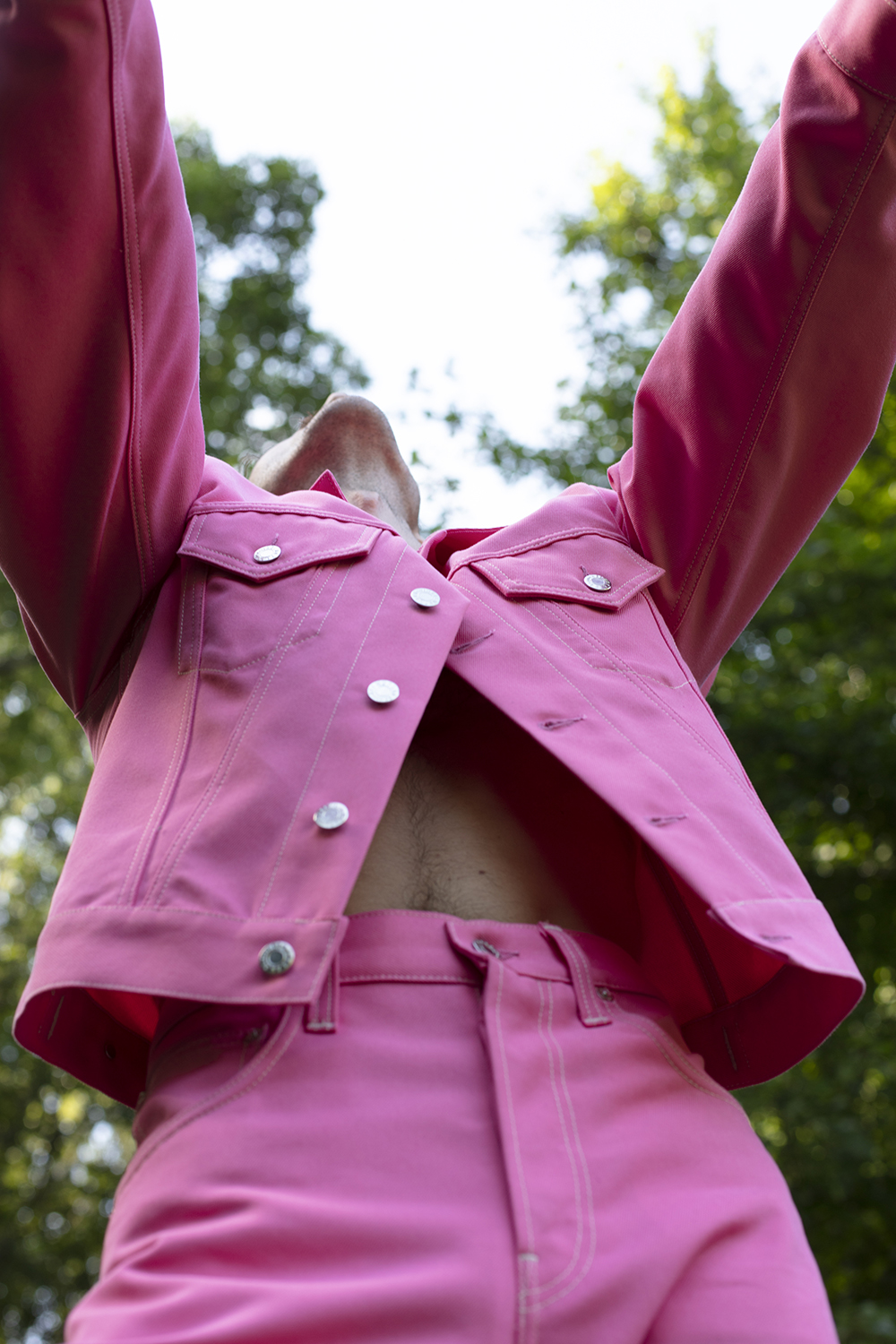 Jacket and jeans by Helmut Lang. 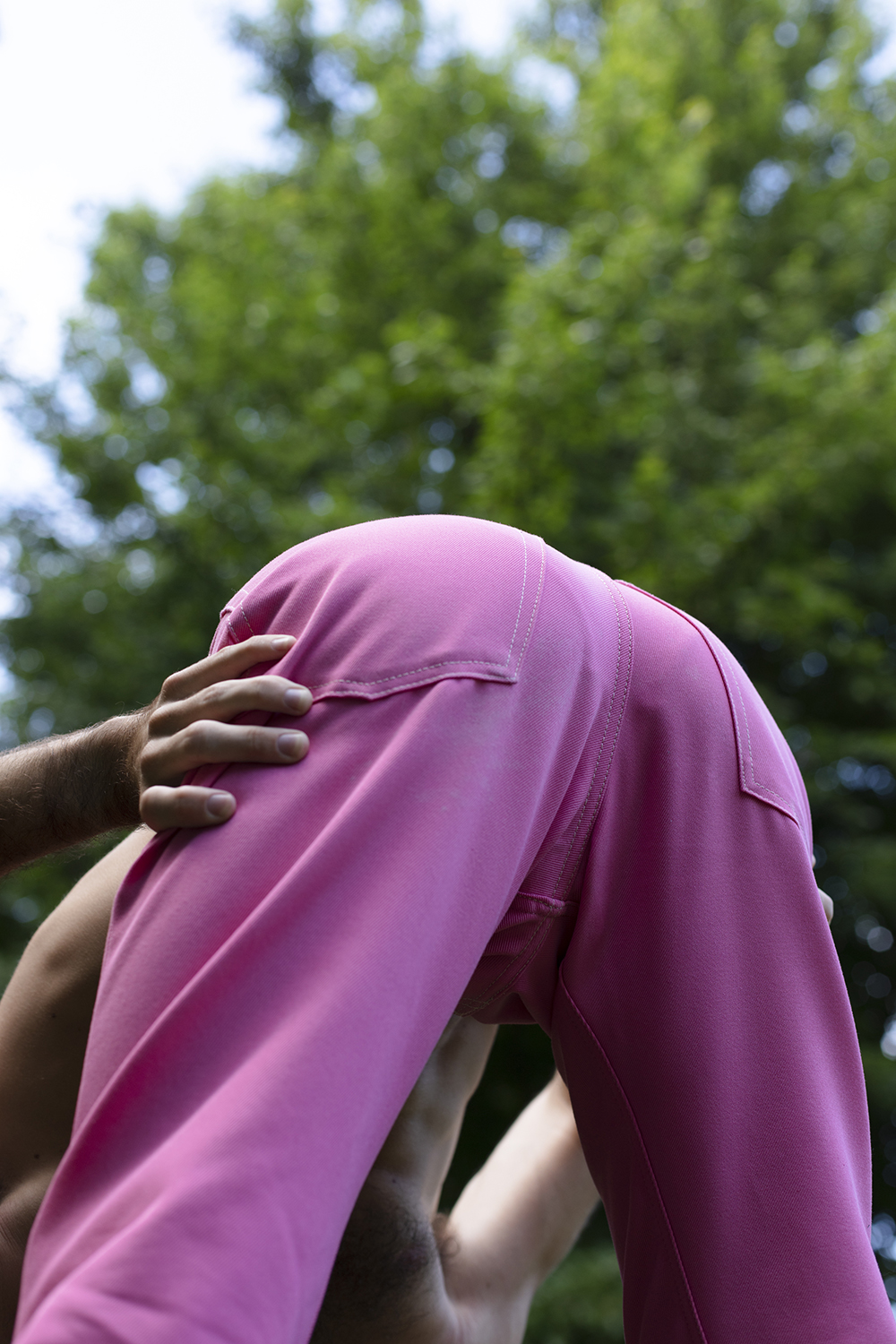 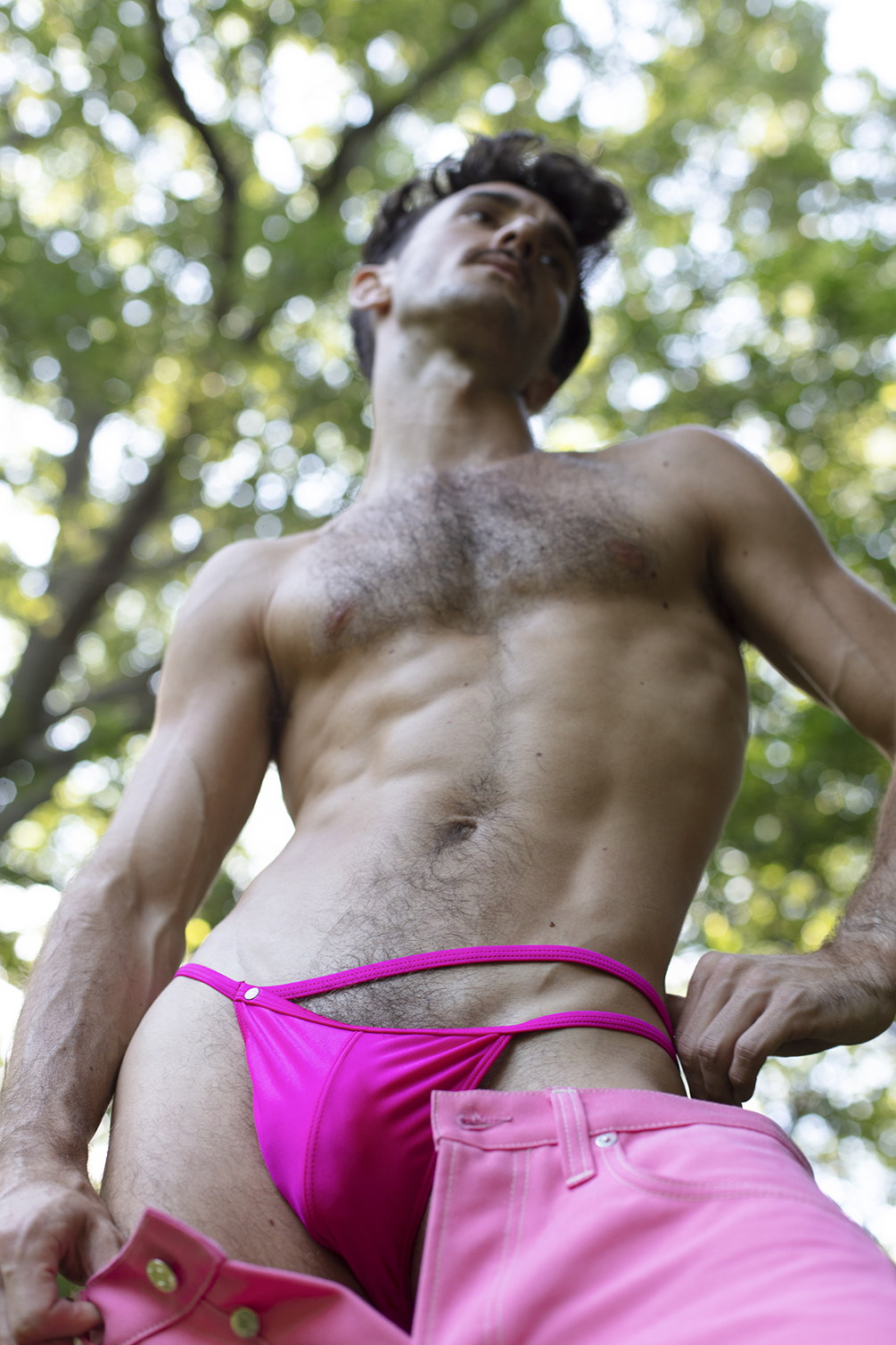 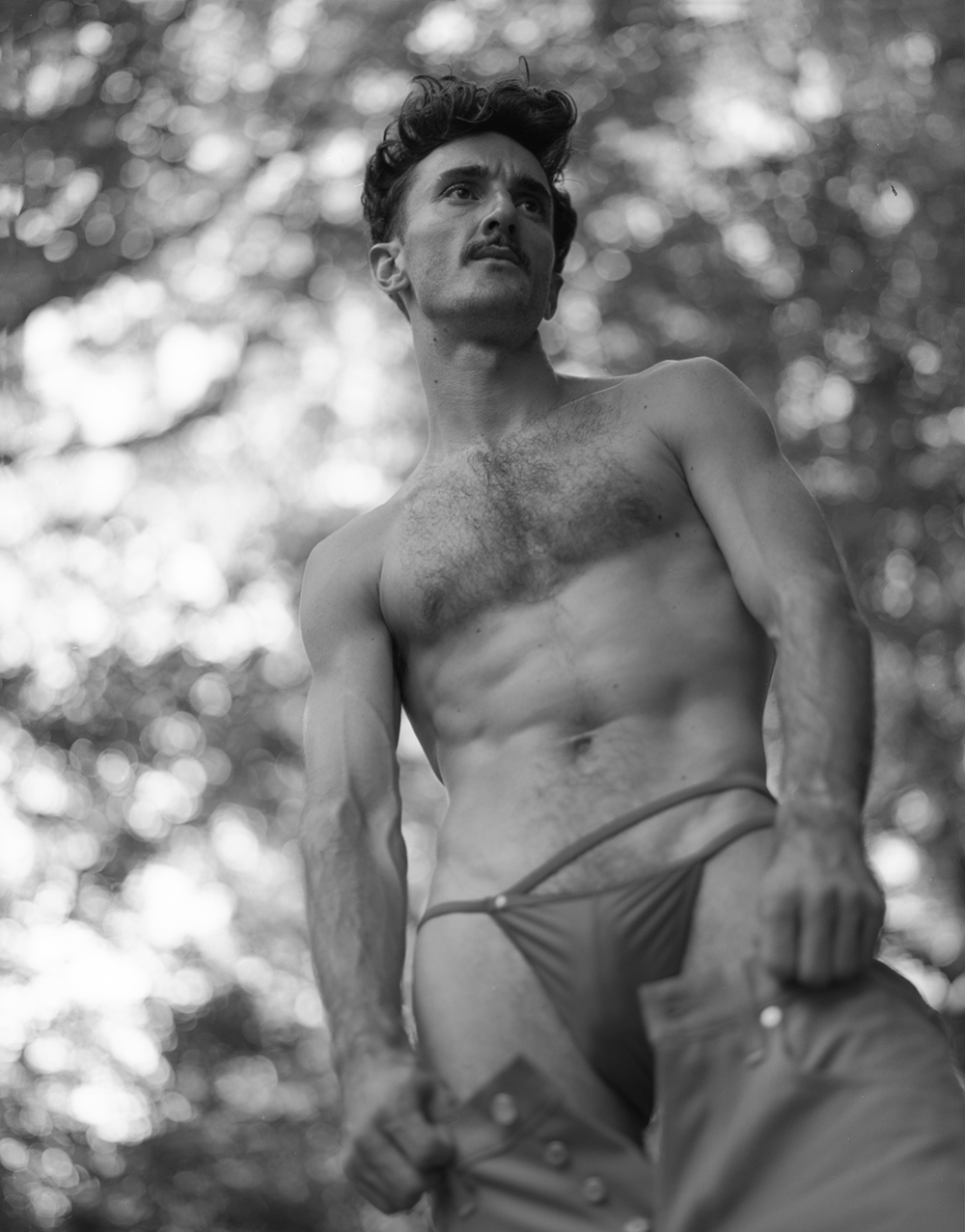 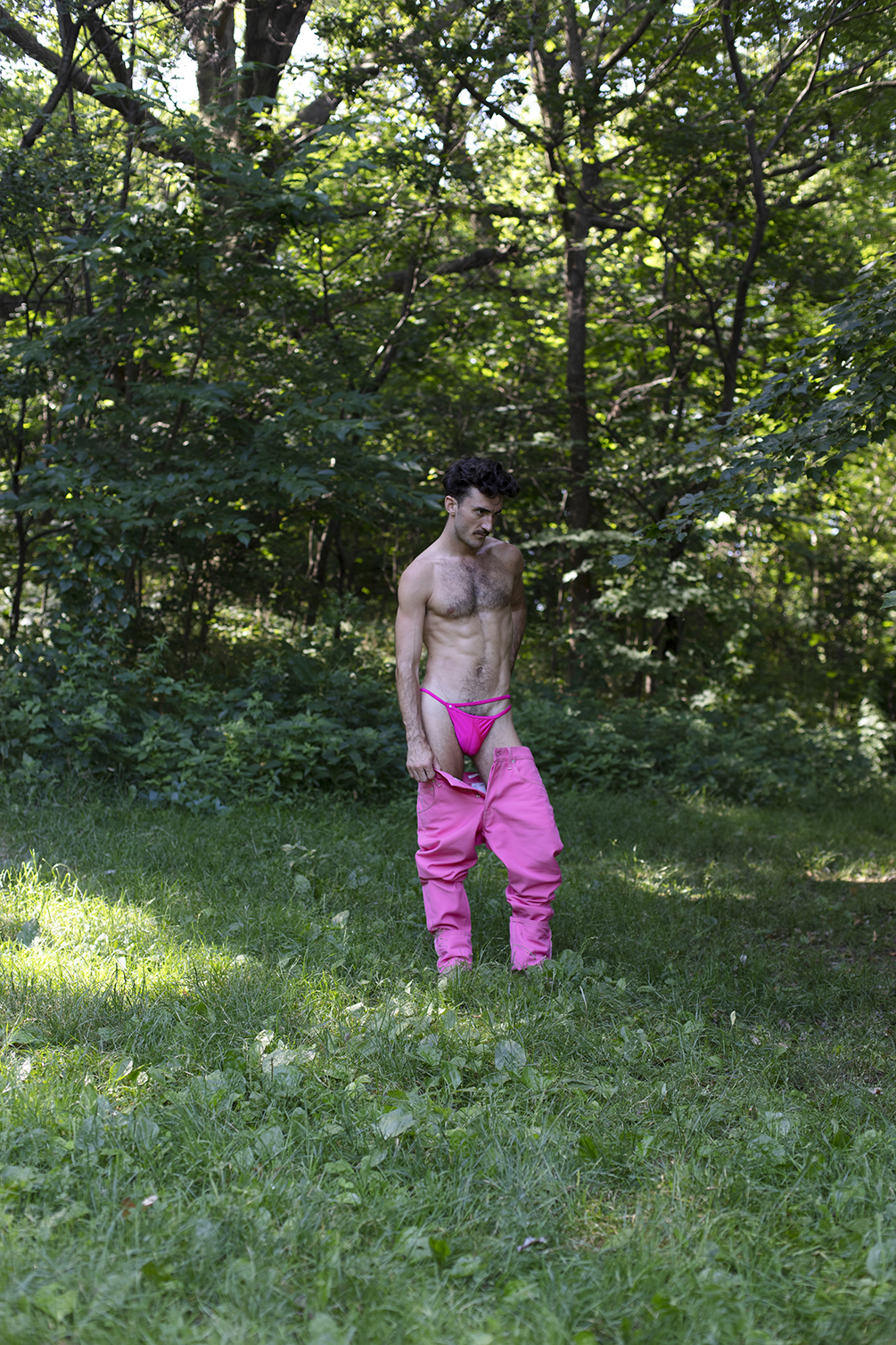 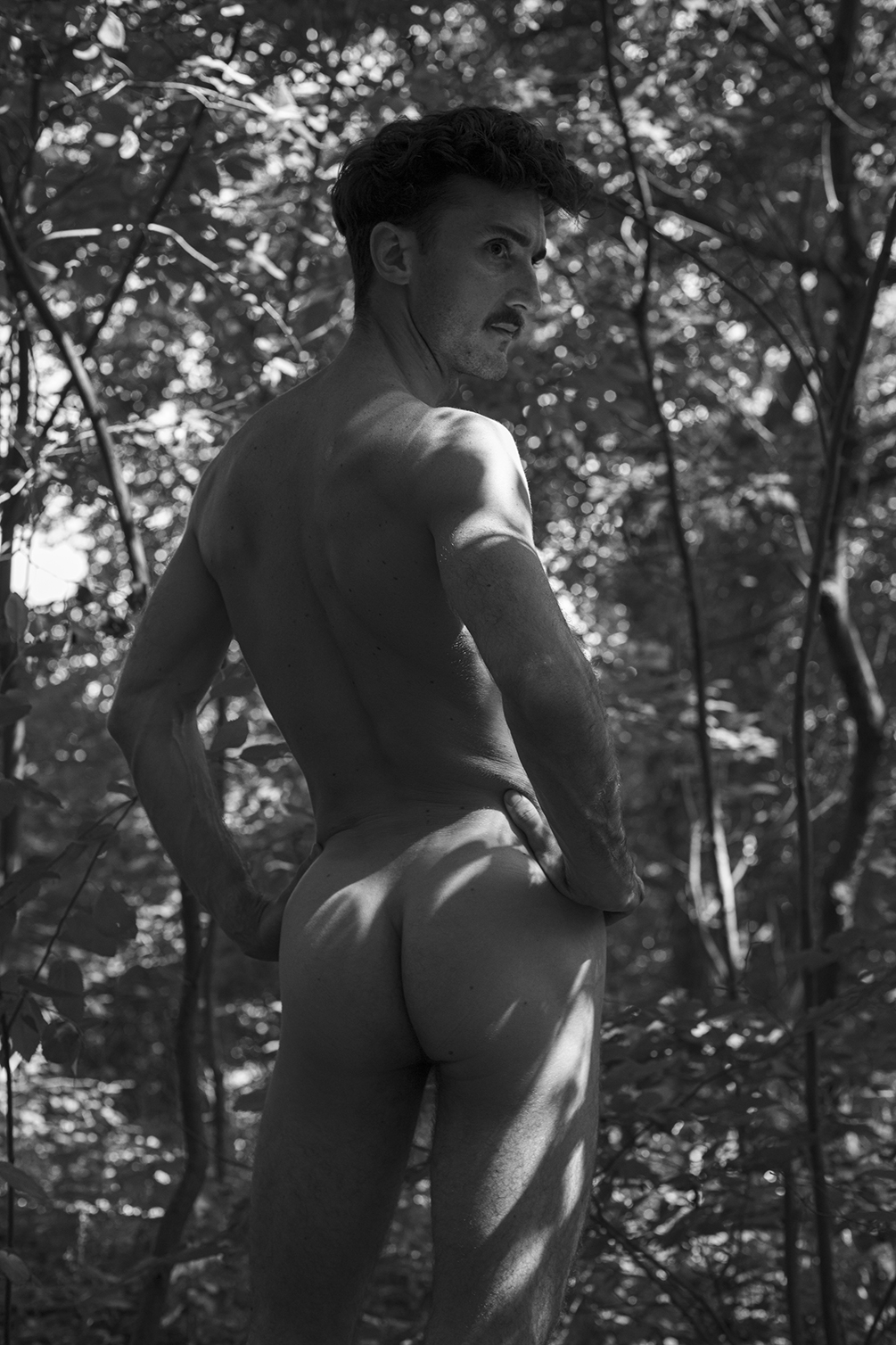 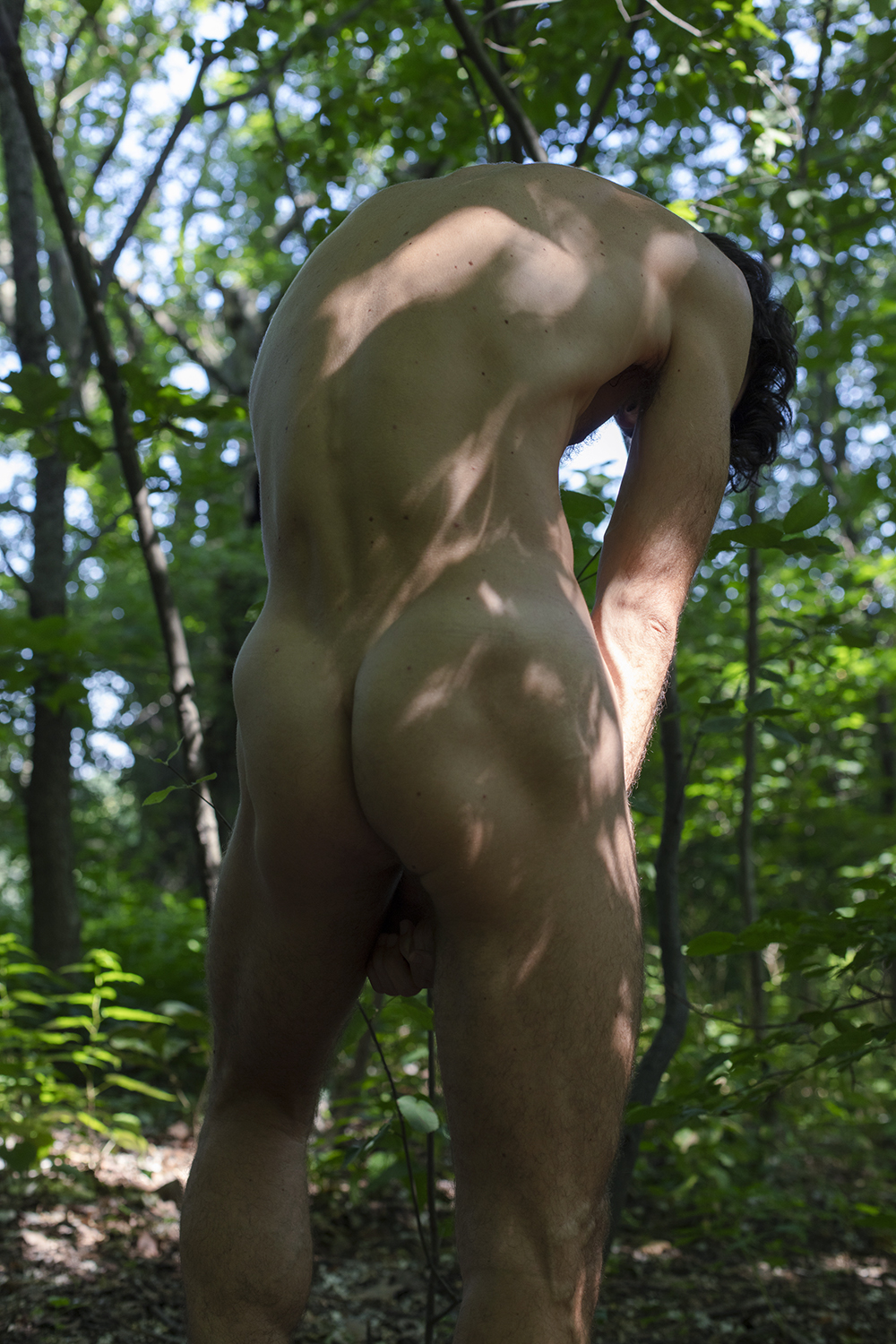 On your website, you say you’ve always seen a strong link between dance and sex. What do you mean by that? I trained as a dancer. This is super inappropriate, but I will never forget what this teacher of mine said to a girl in the middle of a jazz class. The teacher stopped the music, and he said, “Lauren, you’re dancing like a virgin,” and she was like, “I am a virgin,” and he said, “You need to change that quick.” It really said to me, there’s this strong link between sex and dance. And the more sexual the person, the better dancer they were. That’s why a lot of dancers go into sex work, a lot of dancers become burlesque dancers later in life, a lot of dancers are strippers or table dancers. I really think it’s because you have a connection with your body that is unlike that of any other kind of person. You have to evoke emotion through your body. It definitely comes into the bedroom, you can’t help it. When you think of different partner dances, from ballet dancers to the tango or bachata, they’re so sexual. Dance is so erotic in a way. Now I try to make a point of having a whole dancer section on my site, where I just shoot dancers in a more erotic sense.

How old were you in that story? I was probably 16. Definitely below 18. I was still a virgin, the same as Lauren. And I definitely danced like a virgin.

Where’s the weirdest place you’ve ever had sex? I had sex in a camper van with a couple at a beach in Spain. It was on some nude beach, and they surrounded me like a pair of sharks. I was like, Oh my god, what the fuck is happening. It was a really hot Spanish couple; I was kind of turned on by it. They came over and were like, “Hi,” and we started talking. There were wandering hands underwater, and then we went to the camper van at the back of the beach. We ended up having a very hot threeway. It was funny because the van was on the main boardwalk, and the van was shaking. That was one I’ll always remember.

How big are you? I measured it recently. I think it’s around 21 centimeters.

OK, that sounds really big. I don’t know anything about centimeters. I think it was 21. I’m thinking what that would be in inches…I’ve been in Europe too long. 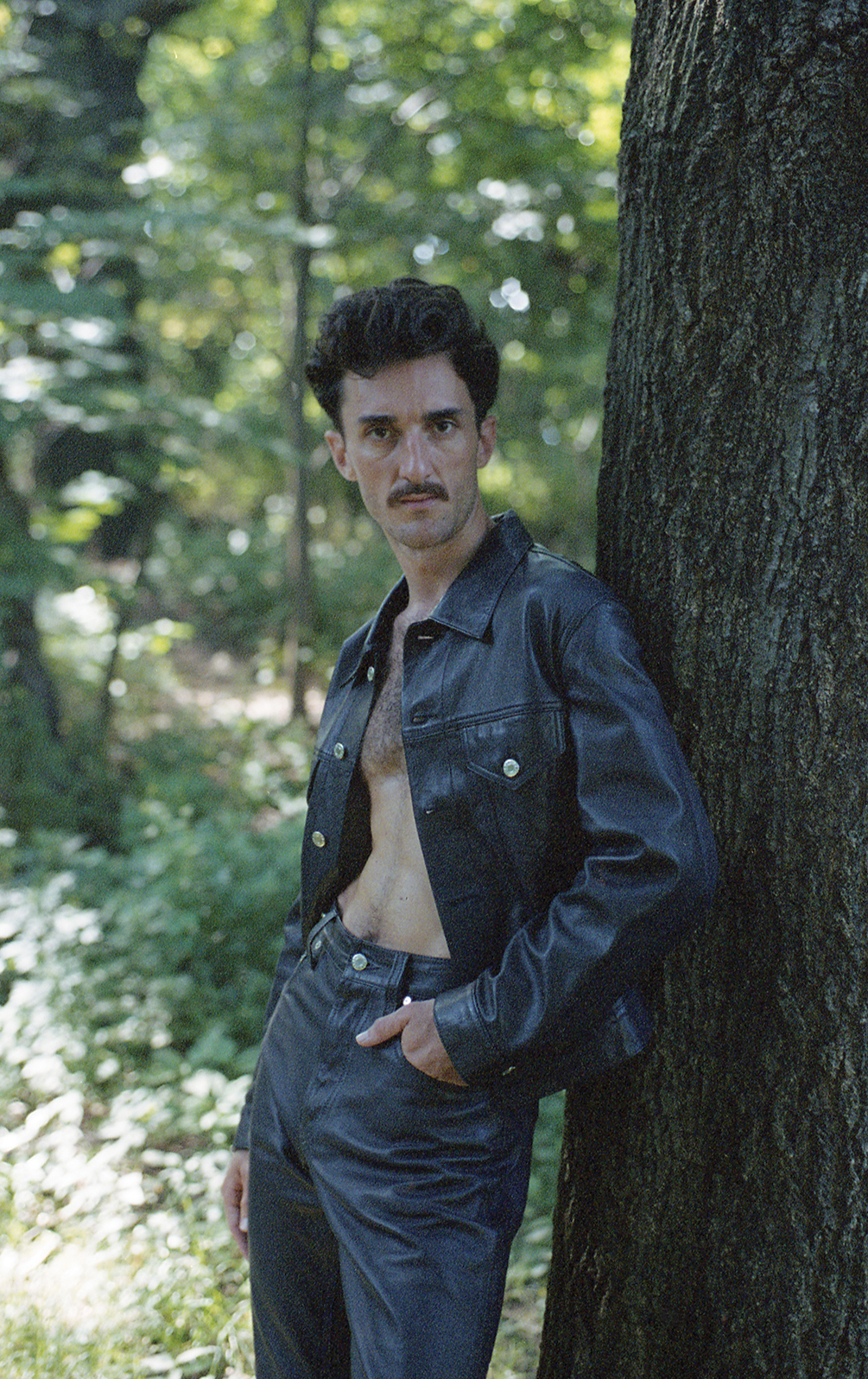 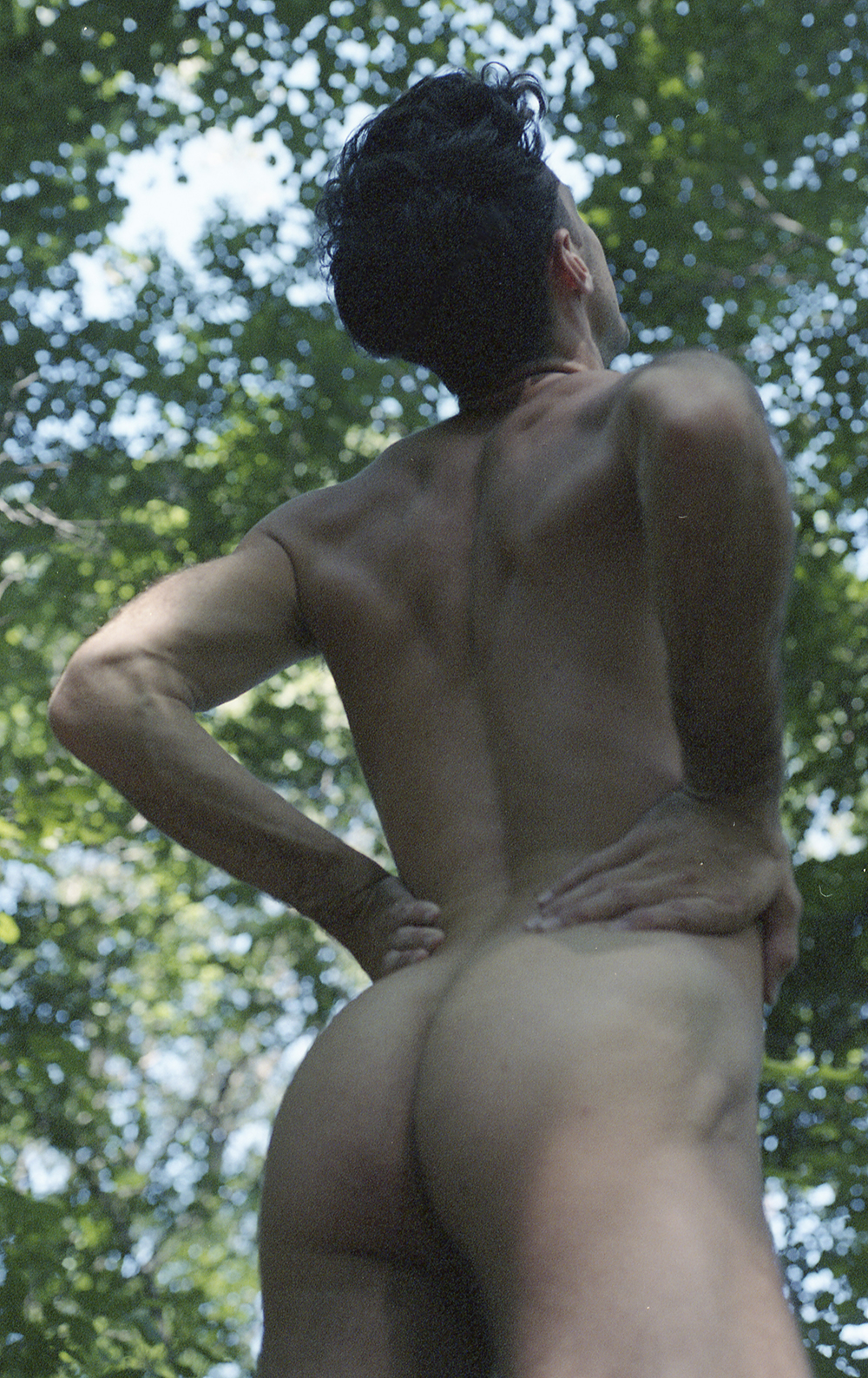 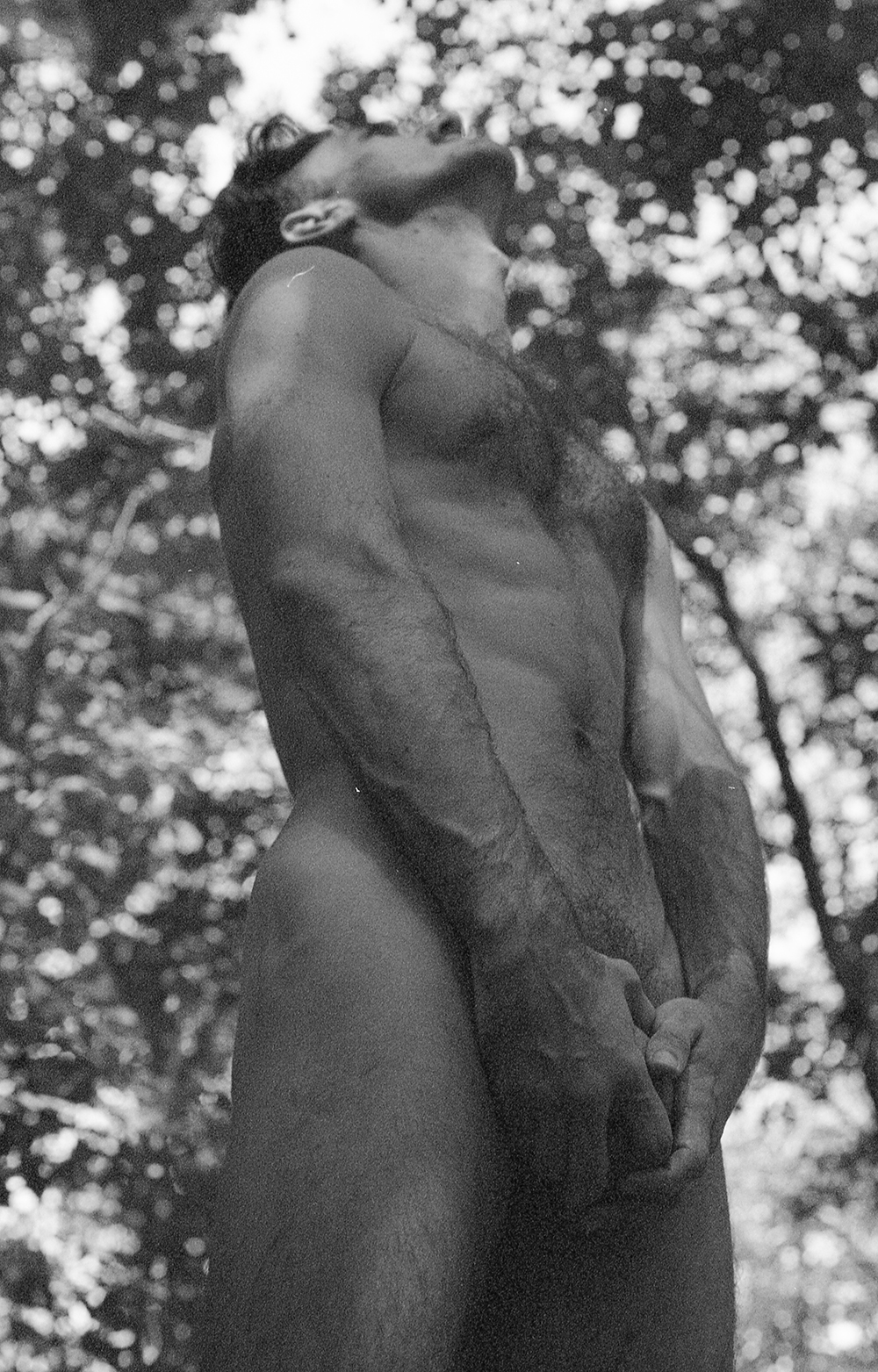 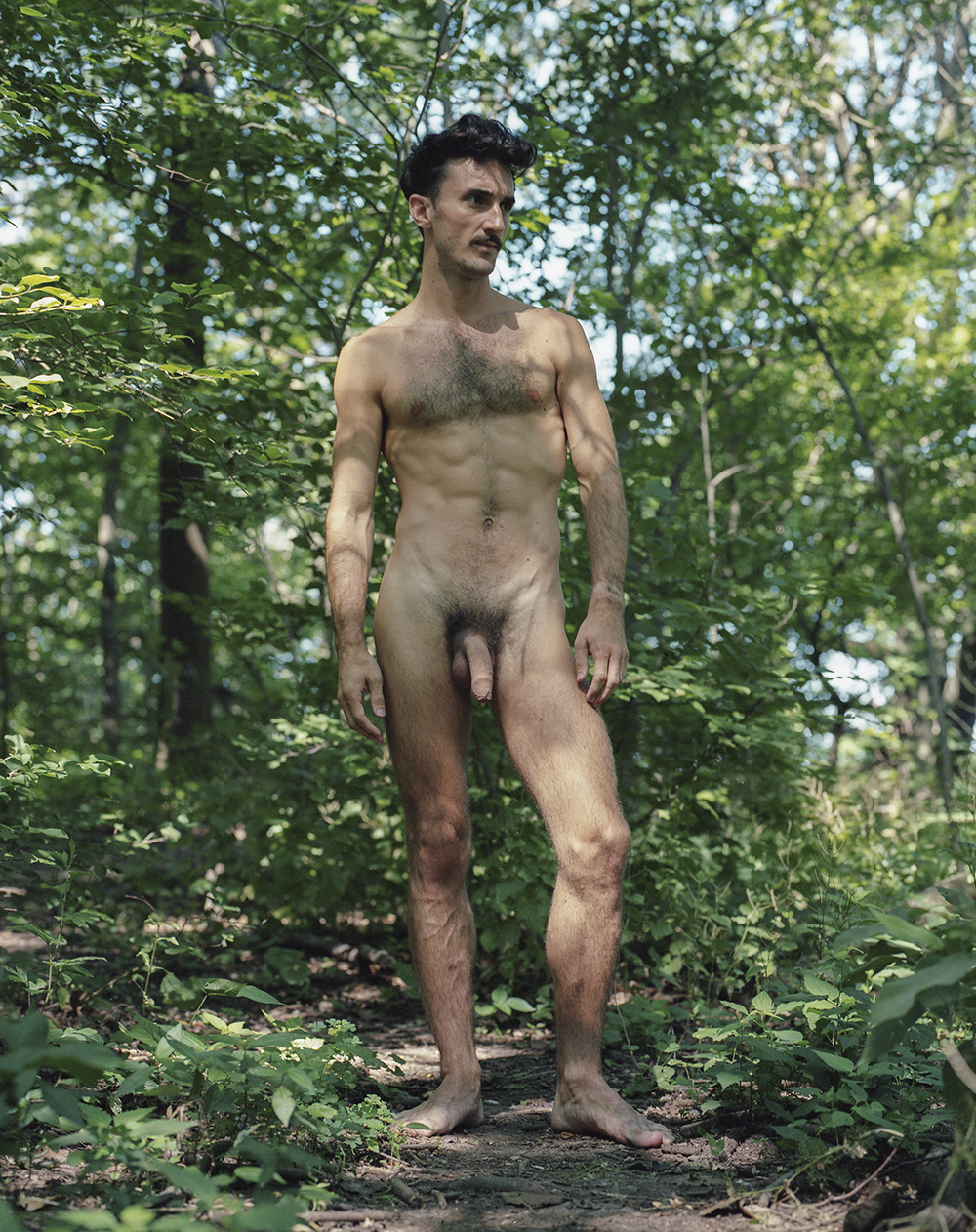 This interview has been condensed for online. To read the full interview, and to see the rest of the images order a copy of GAYLETTER Issue 11 here.